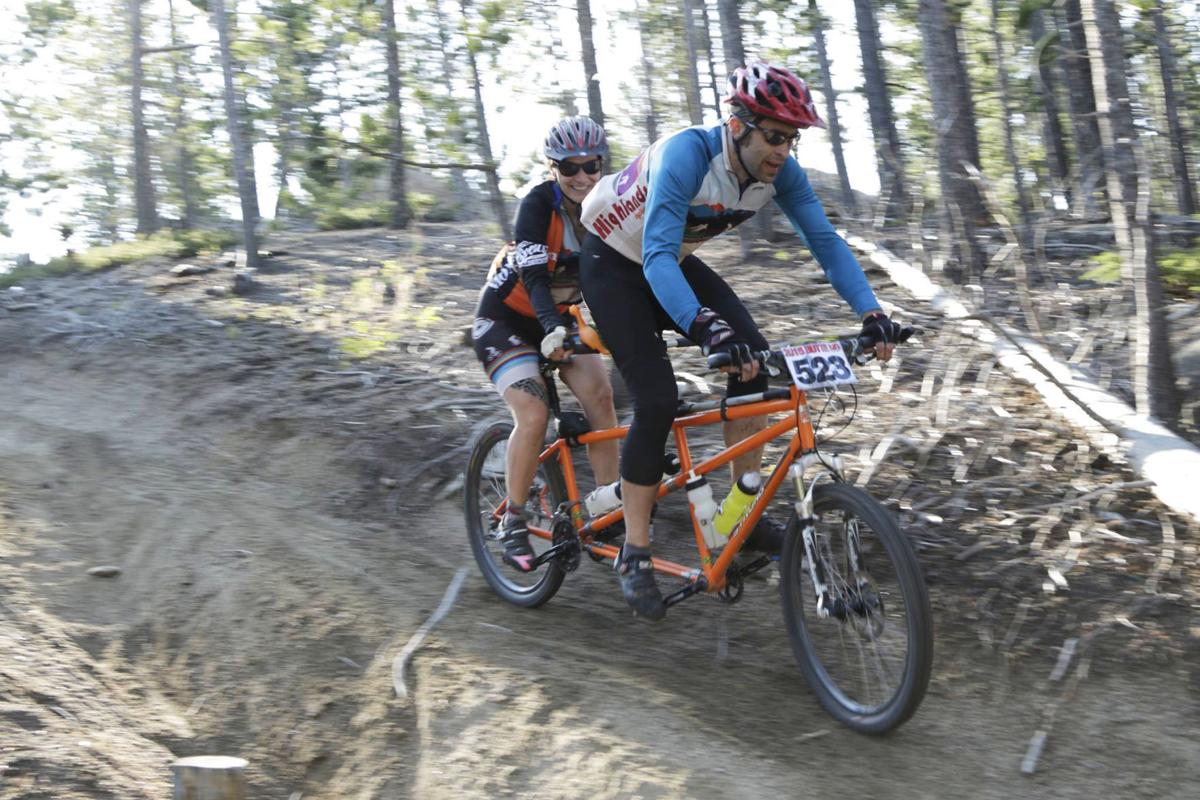 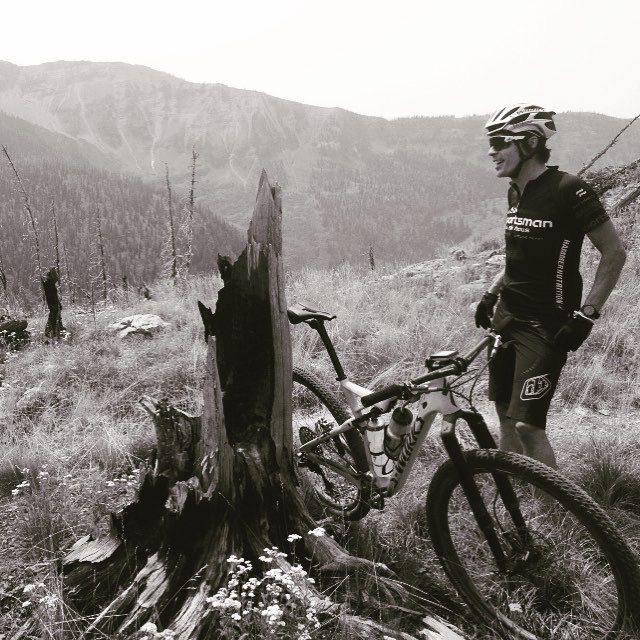 Matt Butterfield stands with his mountain bike in 2015. Butterfield placed second in the 2015 Butte 100 race, only 3 minutes behind winner Jamie Lamb. Butterfield is returning this year, but Lamb is not.

The Butte 100 men’s pro division is wide open this year, as the defending champion won’t compete.

“It’s a whole new open field,” said race organizer Gina Evans. “The 100 has a chance for a new podium.”

But last year’s second-place finisher Matt Butterfield of Kalispell is back to tackle the demanding course again, despite a nagging shoulder injury.

He finished a close second to eventual champion Jamie Lamb of Calgary, Alberta, last year, but Lamb isn’t in the lineup.

With a torn AC joint in his shoulder, Butterfield didn’t think he could race in this year’s Butte 100, much less win. After deciding to pedal the 100-mile mountain bike race anyway, now he just hopes to finish.

“I’ll have to be a little more cautious on the defense -- the downhills and take it a little bit more conservatively,” said Butterfield. “And try not to wreck on my bike to keep the injury from getting worse.”

The Saturday race will be Butterfield’s eighth, and he’s dropped out twice in earlier years when the grueling route was even more brutal. Not that it’s not still a challenge.

“It never gets easier,” Butterfield said. However, he’s a member of the 500-Mile Club, a special honor bestowed upon the most dedicated returnees to the Butte 100.

Butterfield came in second in last year’s Butte 100 in 9 hours, 44 minutes after Lamb overcame a 26-minute deficit in the second half, finishing first at 9 hours, 41 minutes.

Butterfield’s teammate Ben Parsons, also from Kalispell, won the 2014 race with a time of 9 hours 18 minutes, beating Butterfield. Parsons placed third in 2015, but he's not racing this year.

Lamb and Parsons took an early lead in last year’s race, and by the fourth aid station were 6 minutes ahead of Butterfield, the next closest racer. A wrong turn a mile from the halfway point of the figure-eight course ruined that lead, and by station 6 Lamb and Parsons sat in fifth and sixth place -- 26 minutes behind Butterfield with half the race to go.

When Butterfield heard he was in first with such a huge lead, he was shocked.

“I figured I’d take it easy and not blow up like I usually do,” Butterfield said.

But every time he reached an aid station, Butterfield learned the gap was narrowing.

“It was nerve-wracking,” he said.

The lost racers recovered over the next 50 miles, with Lamb surging ahead of Parsons to second position over the third quarter.

“When I was leaving aid station eight I looked back and Jamie was coming in,” Butterfield said.

Lamb overtook Butterfield in the last 30 miles, beating the Kalispell racer by only 3 minutes.

Feeling deflated by 30 minutes spent biking uphill the wrong way, Parsons nonetheless fought his way from sixth to third, coming in 18 minutes behind Butterfield and a minute ahead of the fourth-place finisher.

“I only caught the last guy on the last five minutes of the last climb,” Parsons said.

Parsons planned on taking a break from the 100-mile race this year, instead opting for the relative calm of the 50-mile race. But still nursing a spring back injury, Parsons withdrew from the race a few weeks back.

With Butterfield injured and only one other racer entered from last year’s top-10, the Butte 100 will be up for grabs. Among potential top contenders are Spencer Johnson and Jon Rose, both of Utah, said Evans.

“I know they represent quite well in their division,” she added.

Butterfield still wants it, adjusting his seat to a more upright position to take pressure off his injured shoulder, and adding some easier gears to stave off the exhaustion that usually slows him down by mile 70.

“My biggest competitor this year is the 100 miles itself,” Butterfield said.

“I’d put all my money on Matt for sure,” Parsons said, “even with his shoulder injury.”

Riding through the pain seems to be on Butterfield’s docket this Saturday:

“We’ll see how many miles I can get,” he added. “It will be a little uncomfortable, but it will be OK. Butte only happens only once a year.”

Butte 100 race times on Saturday, July 30, follow. The start and finish line are located at the parking lot adjacent to Homestake Lake on Homestake Pass.

Hilary Wood of Missoula knows how to keep the grueling Butte 100 in perspective.

Jamie Lamb of Calgary, Alberta rode to victory in the Butte 100 Mountain Bike Race on Saturday in this July 2015 file photo.

Think of the Butte 100 as a business, not one of the toughest mountain bike races in the nation.

Inspired by the continuing legacy of the late Dr. Peter Sorini, nine former colleagues have teamed up to tackle the Sorini 25.

While riders seek to beat the heat and confront the Continental Divide Trail on Saturday, 140 volunteers streamline the Butte 100 to keep them…

Matt Butterfield stands with his mountain bike in 2015. Butterfield placed second in the 2015 Butte 100 race, only 3 minutes behind winner Jamie Lamb. Butterfield is returning this year, but Lamb is not.