Rams vs. Buccaneers: Updates and scores from the NFL playoffs

The 27-year-old saddle bronc rider strung together 10 consecutive rides at the Thomas and Mack Center in Las Vegas Dec. 2-11.

“It was a good year,” Brooks told The Billings Gazette and 406mtsports.com. “I was lucky enough to draw good the whole week. I got on some good horses. It was pretty cool.”

Brooks started the NFR with a bang, sharing the first-round win with an 88.5.

Brooks tied for eighth in the fourth round with an 84.5. In the fifth round, Brooks was ninth with an 85.5.

Halfway home, Brooks had a score of 83 in the sixth for ninth place. In the seventh, Brooks tied for 10th with a 79.5.

He was back in the money in the eighth round with a score of 84.5, good for fifth.

In the high-paying average, Brooks finished second with an 856 for $56,171. The only rider to top him in the average was Brody Cress of Hillsdale, Wyoming, with 859 points on 10 successful rides.

“That was the best finals I’ve had. It was the first time I’ve rode all 10,” Brooks said. “I made more money than I know what to do with. It’s pretty awesome I get to make a living doing it. I couldn’t see myself doing much else.”

This past year, Brooks also placed a career-best fourth in the Professional Rodeo Cowboys Association world standings with $259,354.73.

“I always want to do better,” he said. “I was hoping to have a shot at the gold buckle, but there’s always next season.”

Brooks had hoped to compete in the Chase Hawks Roughstock Rodeo Dec. 18 at First Interstate Arena at MetraPark.

However, an injury he sustained in Las Vegas kept him out of the Billings lineup.

Brooks was wearing a walking boot at the Metra due to a broken bone in his right foot.

He explained the injury happened in round 7 at the NFR, saying, “I rode my last four with it.”

“My horse threw a fit in the chute. He must have hit it right and I snapped my long bone (metatarsal) in my foot.

When Brooks had X-rays the next morning, he found out the extent of the injury. He said he’ll have to wear the walking boot for five weeks and if he “doesn’t mess it up, I don’t need to get it pinned or anything.”

Leading up to Chase Hawks, Brooks had entertained competing in the rodeo as it counts toward the 2022 world standings and offered a purse of $25,000 per event.

However, when he learned of his draw on Saturday morning before the competition, Brooks said he withdrew.

“The horse I drew here was a bucker and eliminator and I figured I better not do it and wait until next season.

“I’ve rode here a few times and placed here a couple. I love this rodeo. It’s one of the coolest winter rodeos we go to. It sucks to turn out of it, but I’ll be here for many years after.”

Brooks said he should be healthy enough to compete in the Montana Pro Rodeo Circuit Finals Jan. 13-15 in Great Falls, noting it will be “exactly five weeks from the injury to the circuit finals.” Brooks is second in the saddle bronc standings with $12,034.61 in earnings on the Montana circuit. Houston Brown of Miles City leads the division with $12,748.45.

This year, Brooks was proud that his traveling partners — Kolby Wanchuk and Sage Newman — also qualified and competed at the NFR.

By this time next year, Brooks hopes to be competing at Chase Hawks as the saddle bronc world champion.

“A gold buckle. It is the same every year,” he said of his goals. “I gotta win the world. I was pretty close this year. It will be petal to the floor this season. I want it bad.”

Sparing punched his ticket to the NFR Open over the weekend in Great Falls.

The two-time Professional Bull Riders world champion returned to the tour for the season opener after an injury-marred 2021.

Two-time world titlist from Volborg ended his 2021 season early due to injuries.

Jess Lockwood made his 2022 debut on Saturday in Indianapolis.

Check out the results from Friday in Great Falls.

PBR announces cities and owners for the upcoming Team Series 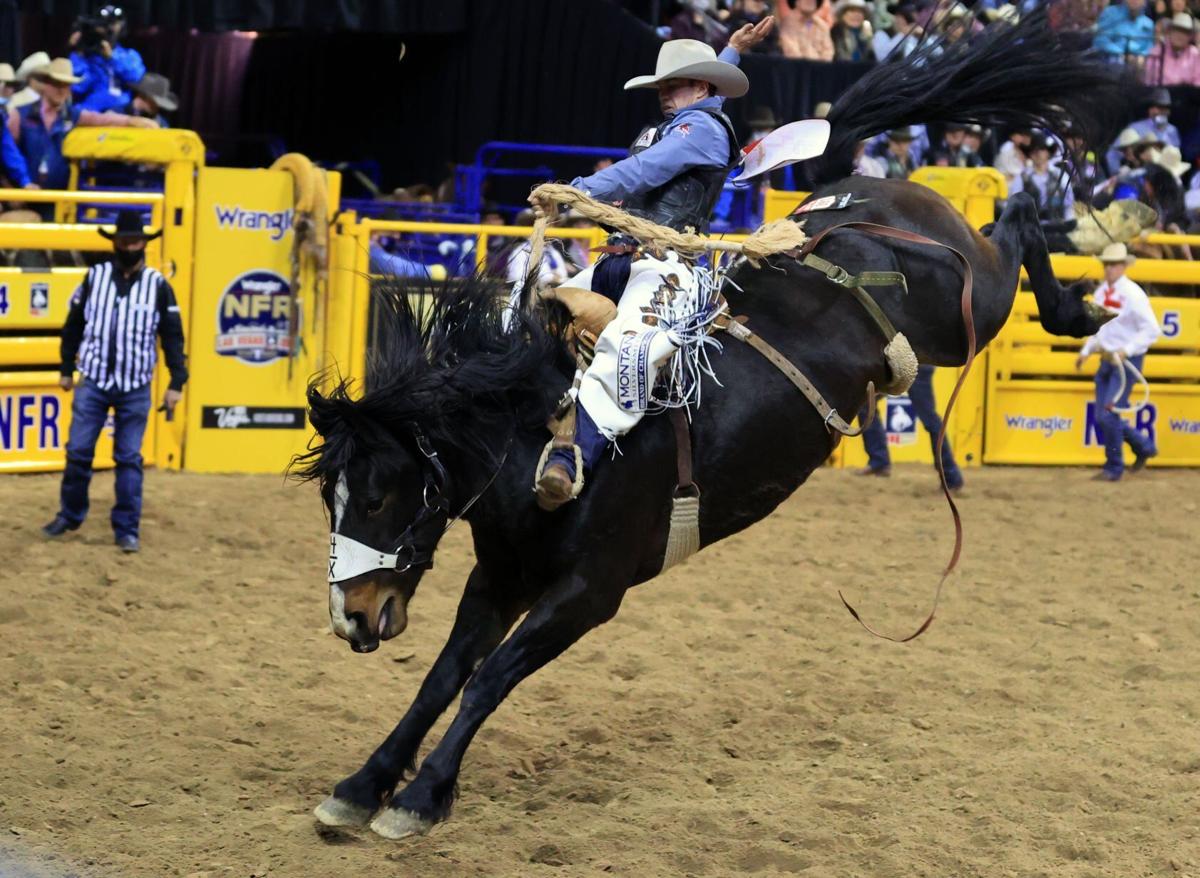 Deer Lodge's Chase Brooks has his eyes set on a world championship after finishing the 2021 season fourth in the PRCA saddle bronc world standings. 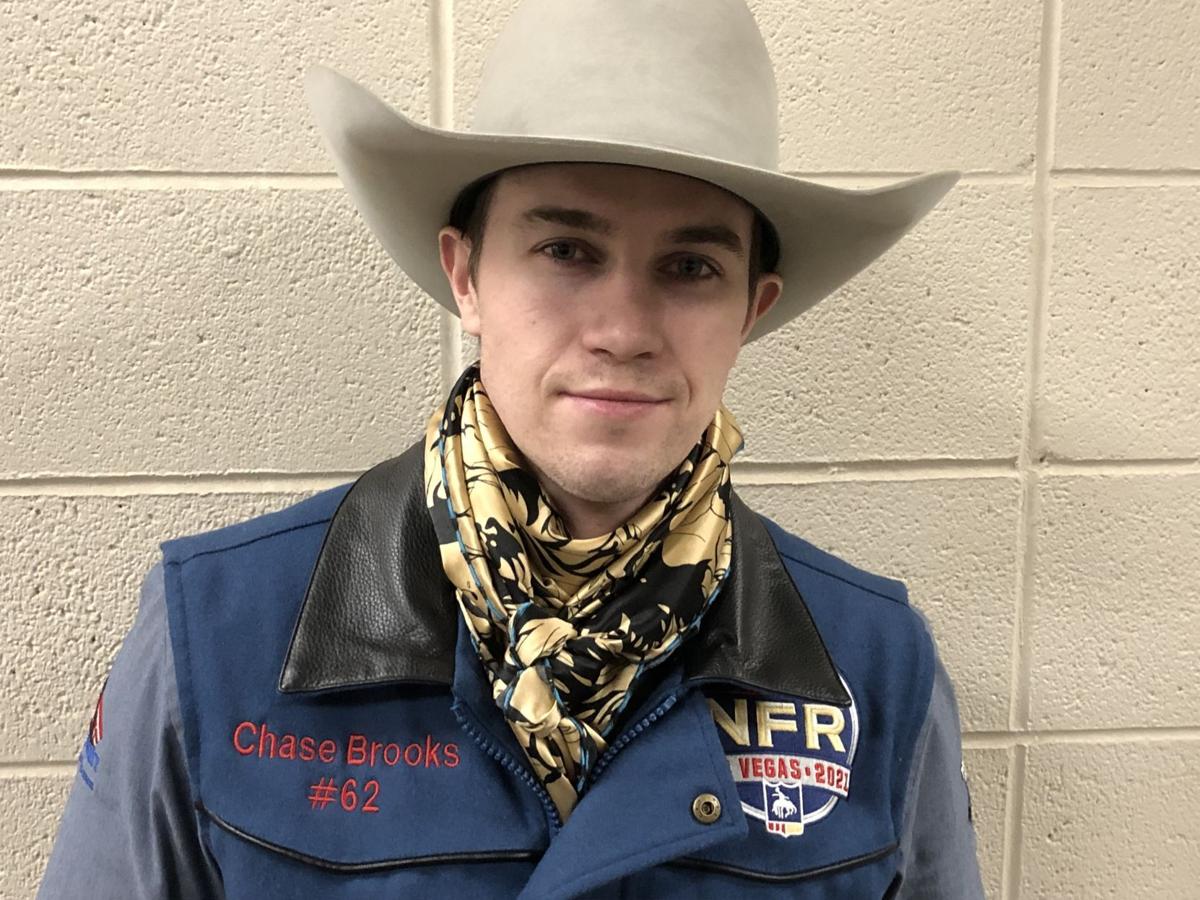