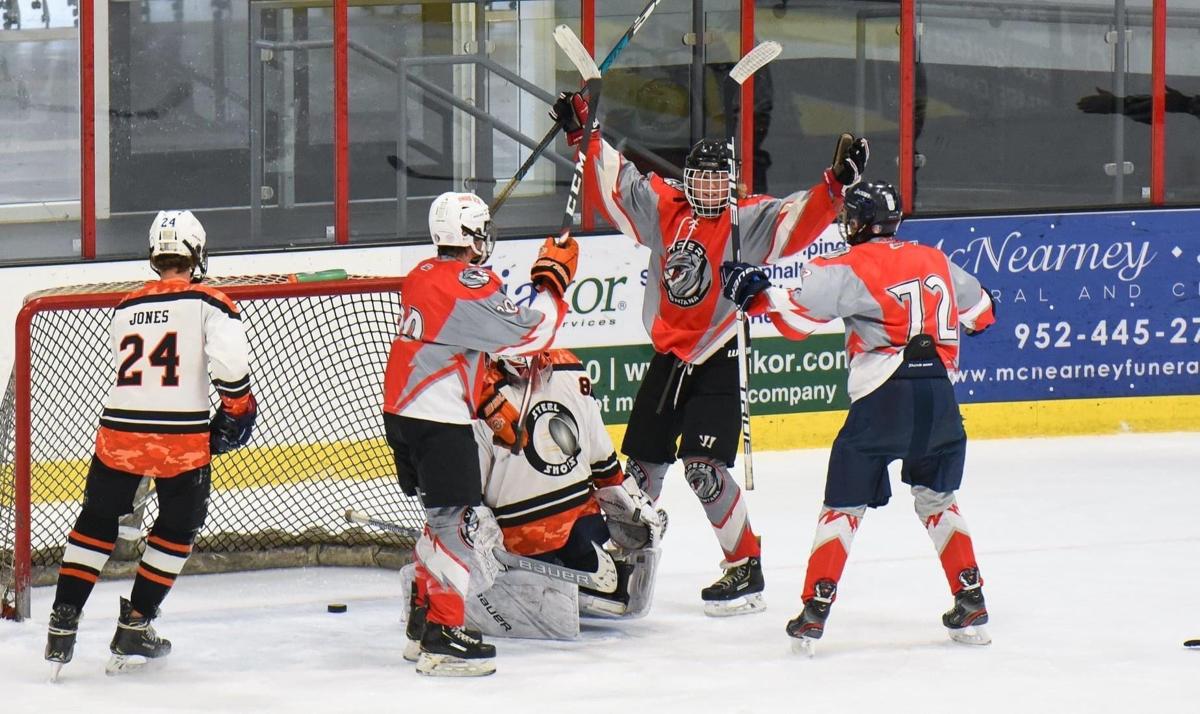 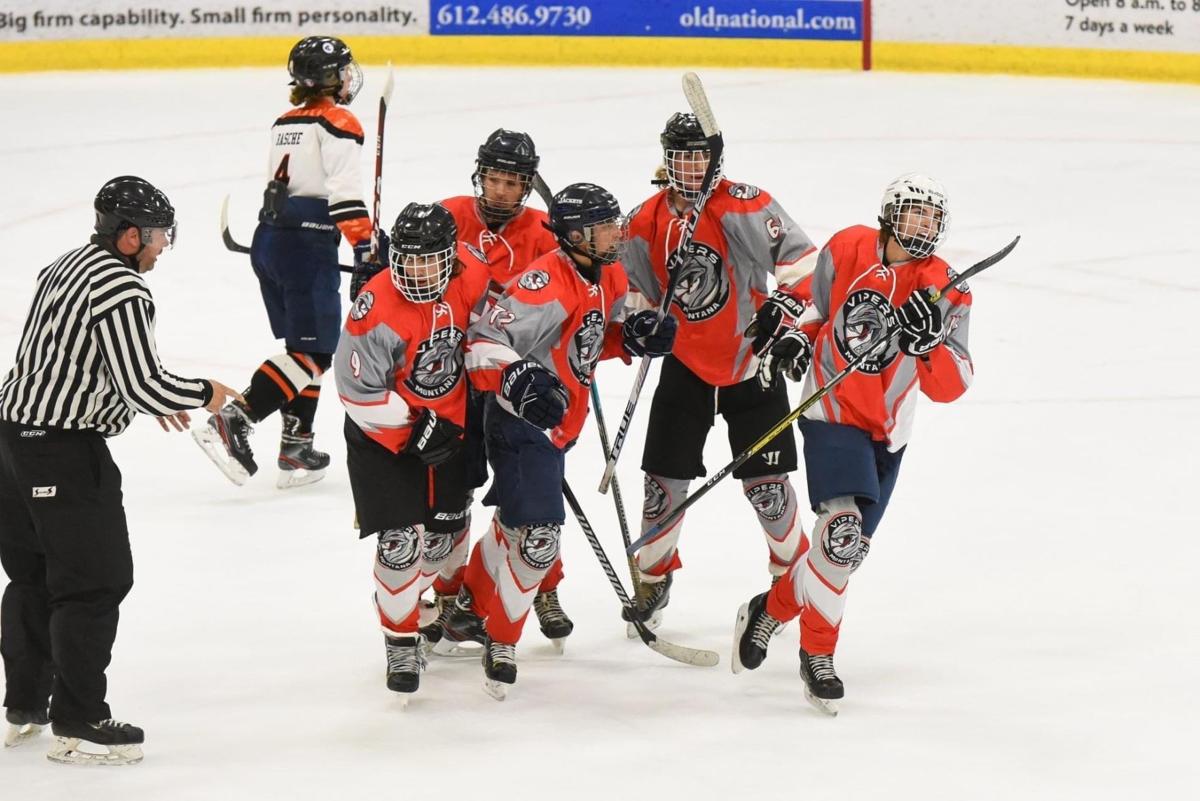 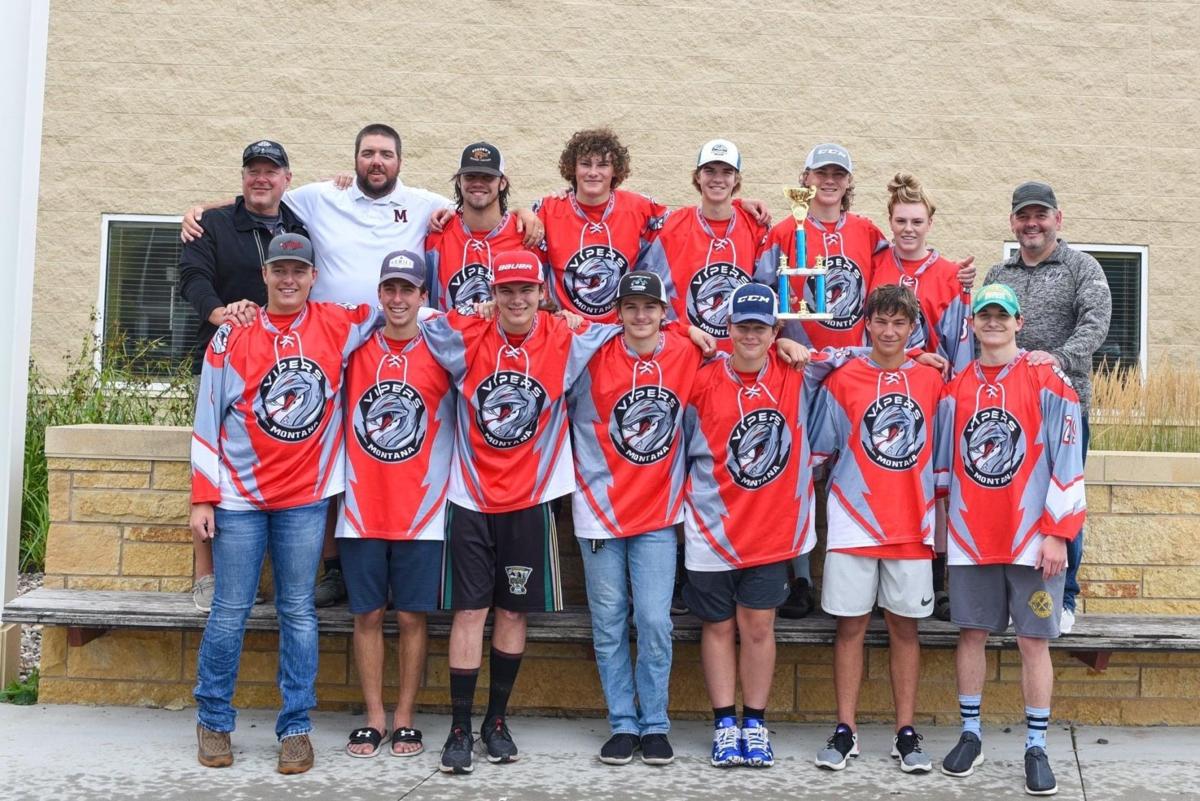 BILLINGS — Wacy Arndt, head coach of the Montana Vipers U-16 hockey club, was amazed by the way his team — an assorted band of players from across the Treasure State and elsewhere — walked into the locker room three years ago as unknowns and quickly formed a bond.

That synergy culminated two weeks ago in perhaps the team's top achievement: a championship victory at the Combat Cup tournament in Minneapolis.

The Vipers were formed in 2018 to provide another outlet of competitive hockey for youth around Montana. The program, which also offers a U-14 division, is part of the Northland Hockey Group, which governs several tournaments each summer.

Winning the Combat Cup required a true team effort. Hard skating. Selfless play. An end-to-end style. Arndt describes it as “default aggressive,” and the team executed it with precision, prevailing by scores of 13-0, 12-0, 12-3 and, in the title game, 3-1.

“We’ve never had that sort of a commanding performance,” Arndt recounted during a phone conversation from Miles City. “We’ve always been tough to play against, but we’ve been hammering on them for three years to play a style of hockey that was never going to be beat out there. They clicked and turned it on.”

The coronavirus pandemic shortened the summer circuit to just two tournaments this year, but the team was “just happy to be out there playing hockey,” Arndt said.

It should be noted that neither the Vipers nor the Northland group are sanctioned by USA Hockey, but a handful of players on the team have experience at that level, including winger and team captain Colter Barnett, who has played Tier II Midget AA and spent time at the USA Hockey training facility in Colorado Springs, Colorado.

Barnett, who will be a junior this year at Glasgow High School, said the Combat Cup title served as a perfect finale for the team, which will now disband due to age restrictions.

“I think that’s the best way you can possibly finish it off,” said Barnett, who is also a competitive mountain biker. “That team is something special. It’s so fun to be a part of.”

Arndt described Barnett as “a rock star of a captain,” who did everything that was asked of him to be a leader on the ice.

But on top of that, one of the best additions to the Vipers this year was Brooklyn Pancoast of Helena. Pancoast was the only girl on the team, and she fit perfectly into the rotation.

Arndt said Pancoast, a center with Tier II AA experience, had a breakout performance in what was a 12-0 win over the Minnesota Mosquitos in the team’s second game of the tournament.

Pancoast appears to have a bright hockey future; she recently committed to play NCAA Division I women’s ice hockey at St. Anselm College in Manchester, New Hampshire. The Hawks are a member of the New England Women's Hockey Alliance.

Congrats to one of our Team WestCan snipers, Brooklyn Pancoast on her commitment to NCAA Div 1 St. Anselm College. Brooklyn will be a huge asset to this hockey program! We are very proud of you on your decision to further your hockey career and education at St. Anselm College! pic.twitter.com/nssissQom8

The U-16 Vipers were comprised of Barnett, Pancoast and centers Wyatt Norstegaard of Gillette, Wyoming, and Peyton Taylor of Hibbing, Minnesota; wingers Wes Weisenberger and Russ Rasmussen of Great Falls, Hayden Wagner of Billings and Robby Powell of Superior, Wisconsin; defensemen Logan Boyer and Braden Kindopp of Sidney, Tatum Hansen and Michael Hoyer of Glasgow and Jacob Steadman of Miles City; and goalie Charlie Lang of Miles City.

With a relatively small 14-player roster — 13 when you factor in the broken femur Norstegaard suffered in the tournament before the Combat Cup — the Vipers had to play with fewer line combinations and utilize more ice time, but everyone contributed.

For instance, Powell had a hat trick in the first game of the tournament against the North Dakota Crusaders. Lange posted his second consecutive shutout between the pipes in the win over the Mosquitos.

Arndt said Barnett led the charge in a Game 3 victory over the Twin Cities Extreme. And a seeing-eye goal from the blue line by Kindopp provided insurance in the title-game win over the Northern Storm Steel Shots of Minnesota.

Arndt joined the team at the tournament a day late due to his commitment to coaching at the Class A Legion state baseball tournament in Lewistown, and he was thrilled with the performance he saw when he arrived.

“I got on the bench and I’m watching them play and I thought, ‘This team is what I’ve been looking for,’” said Arndt, who was born in Calgary and grew up playing hockey in different places around Alberta. “It was what I knew they were capable of the whole time.

Though his Vipers are moving on, Arndt, 29, said he plans to continue to coach the team as more players come through the program.

If he can replicate what he had with the U-16 team this summer, the program will be in good hands. The U-14 team also won a Combat Cup title this year.

“I don’t have any plans of stopping,” he said.

“The people that I have had playing with me are second to none. They’ve been nothing but impressive to have around, and putting them all together in a group like that has been pretty special.”