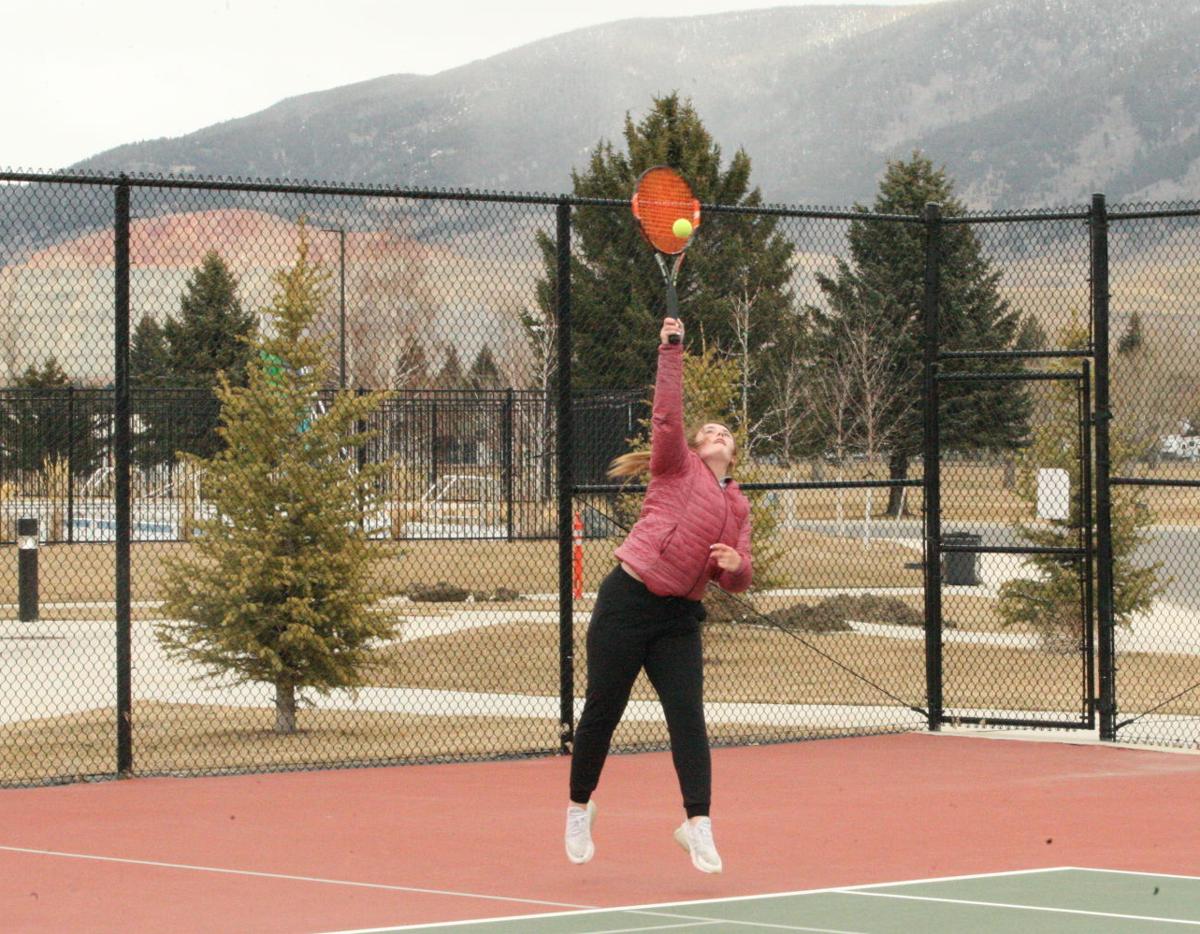 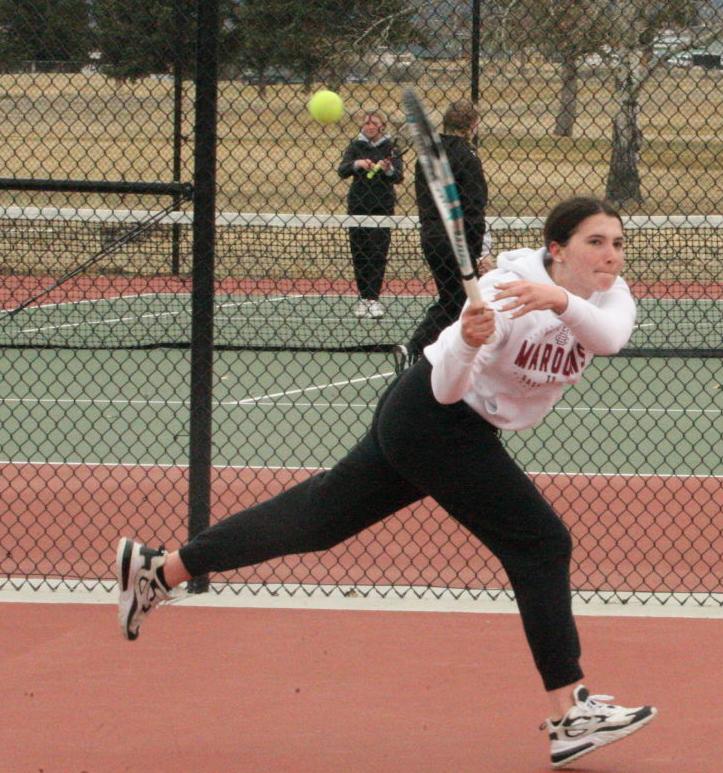 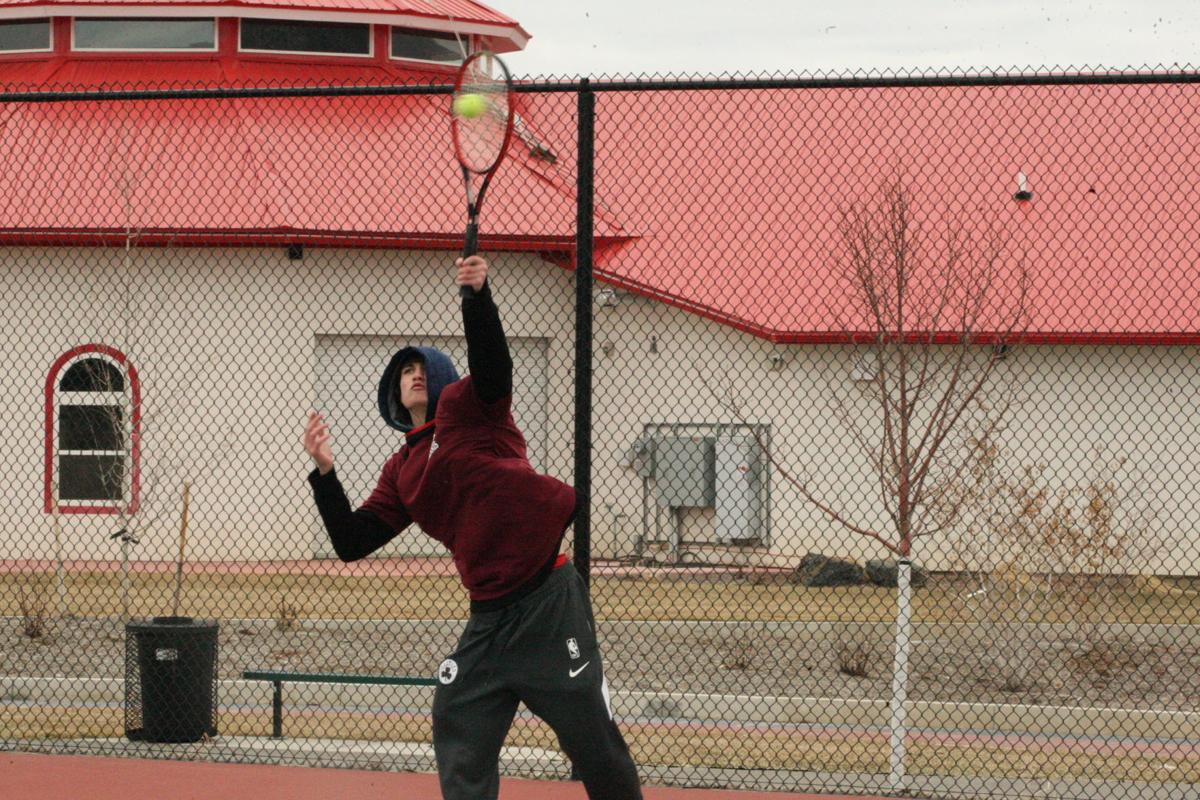 BUTTE — The Maroons were bundled up for their first match of the season, but could not find a single victory against Stevensville at Stodden Park on Tuesday. Stevensville won 7-0 in both the boys and girls divisions.

Butte Central and Stevensville were originally scheduled to play Saturday, but the match was postponed due to high winds. Weather was still a concern Tuesday, where players faced snow flurries and 30-degree temperatures.

"I think we're used to playing in this kind of weather in the spring, you never know what you're going to get," said Butte Central coach Becky Hancock. "It feels like all four seasons in one day sometimes."

"But it is hard when you're wearing layers upon layers," Hancock continued. "And the wind picked up here and there, but we handled it well."

Despite the result, Central's Mullanie McElroy showed an inspired effort against Stevensville's Dani Felton in the fourth girls match. After losing the first set 6-2, McElroy forced a tiebreaker in the second. Felton won the tiebreaker 7-4.

"We're an improving, young squad," Hancock said. "Lots of our players are new to the game. Everyone's playing well and we're seeing improvement here and there."

Stevensville took the first girls doubles match 6-1, 6-3 against Avery Kelly and Mati McGree and the second 6-3, 6-2 against Payton Hartwick and Sage Wall.

Butte Central's Miranda Murray and Meredith Varady played a competitive match against Barbara Drzkovicova and Chloe Milstern, but came up short by a narrow margin in each set, losing 5-7, 5-7.

"There's things we need to keep working on and a big one is consistency," Hancock said. "We need to make our ground strokes more consistent and keep moving, which was a little hard in this cold weather today."

While neither Badovinac or Lester played particularly well in singles, they teamed up to give Stevensville's Domenic Bridges and Matt Hock an intense test. Bridges and Hock won via a tiebreaker 14-12.

Despite the losses, Hancock said she was proud of her team's performance. Her team has continued to learn and play hard, and will get better as they gain experience according to Hancock.

Weather and pandemic precautions had only allowed for 12 practices for the Maroons before Tuesday. With many of the athletes competing for the first time, experience could prove beneficial for the Maroons as the season progresses. Butte Central is scheduled to play Bozeman JV next Tuesday.

"The important thing now is getting out and playing," Hancock said. "We have to improve practice-by-practice and meet-by-meet, getting better in each of those."