BILLINGS — Several top-five teams in the 406mtsports.com high school football rankings suffered losses last week, in some cases at the hands of other ranked teams.

In Class AA, No. 3 Helena stayed undefeated and gave No. 4 Kalispell Glacier its first loss, 34-14.

Neither the Class AA nor the Class A rankings changed, but the other three classifications shifted from top to bottom.

Most of the movement in 8-Man, which might be Montana’s most loaded classification, stemmed from Park City’s 46-42 win over then-No. 4 Joliet, which fell to No. 10. Park City went from unranked to No. 9, and Chinook entered the rankings at No. 8. Chinook opened the season with a 30-24 win over Park City, and the Sugarbeeters lost to Shelby 26-22 a week later. Shelby, which began the season with a 46-26 loss at Joliet, went from No. 10 last week to unranked. Last week’s No. 9-ranked team, Charlo, also exited the rankings. Its one loss was 46-0 to No. 2 Drummond-Philipsburg on Sept. 25.

The biggest win in 6-Man was White Sulphur Springs at Hot Springs, 53-15. WSS ascended from No. 6 to No. 4, while Hot Springs dropped from No. 2 to No. 7. It was Hot Springs’ second game in three days.

More than 20 football games have been postponed or canceled in the last two weeks because of COVID-19. As a result, many teams have shortened schedules and long breaks. Class B No. 8 Huntley Project, for instance, is in the middle of a 21-day period without a game.

Disagree with the rankings, or have a question? Email Victor at victor.flores@406mtsports.com. 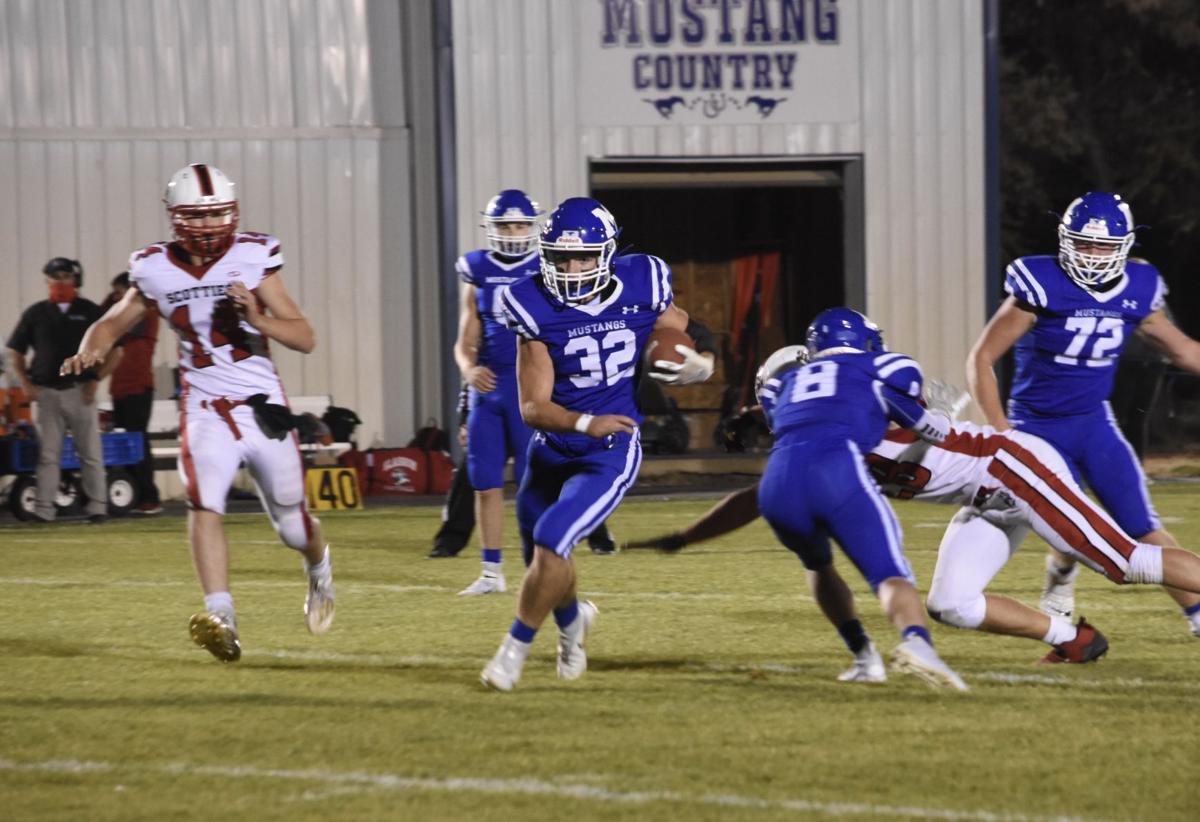 Malta's Rex Williamson runs the ball against Glasgow on Friday in Malta.