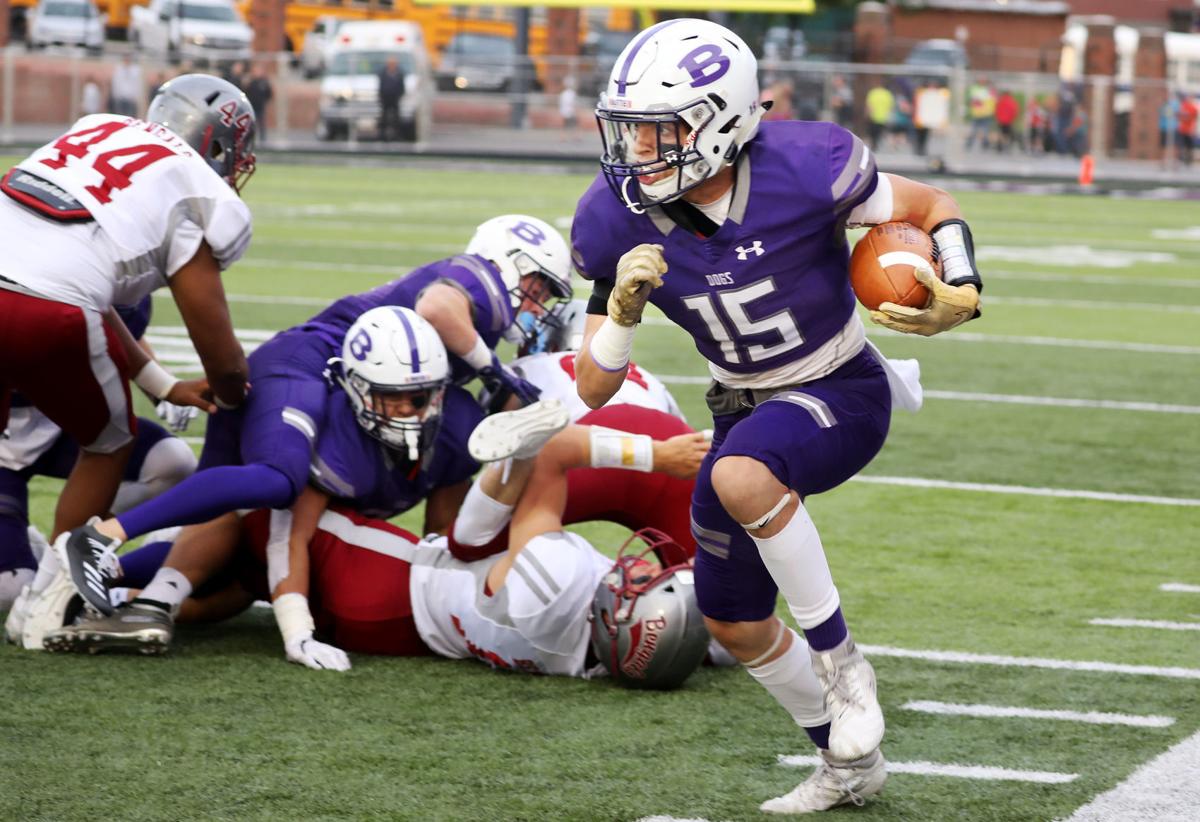 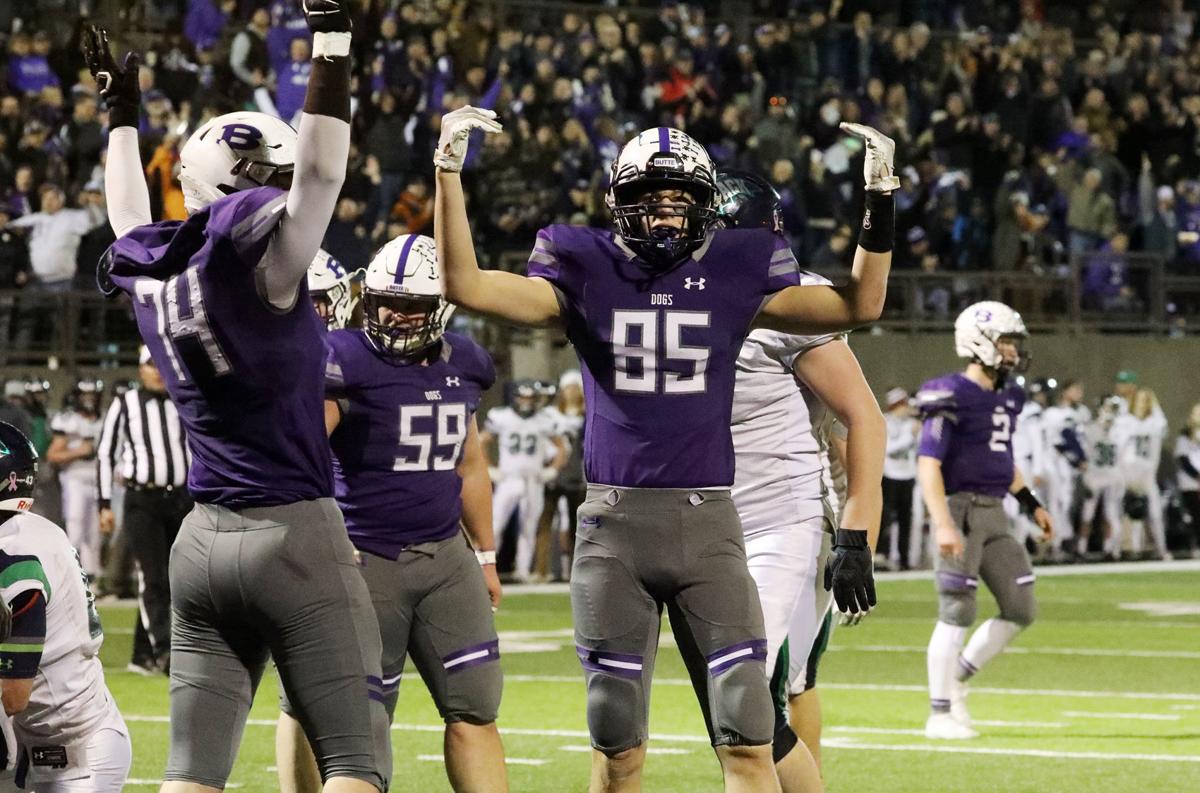 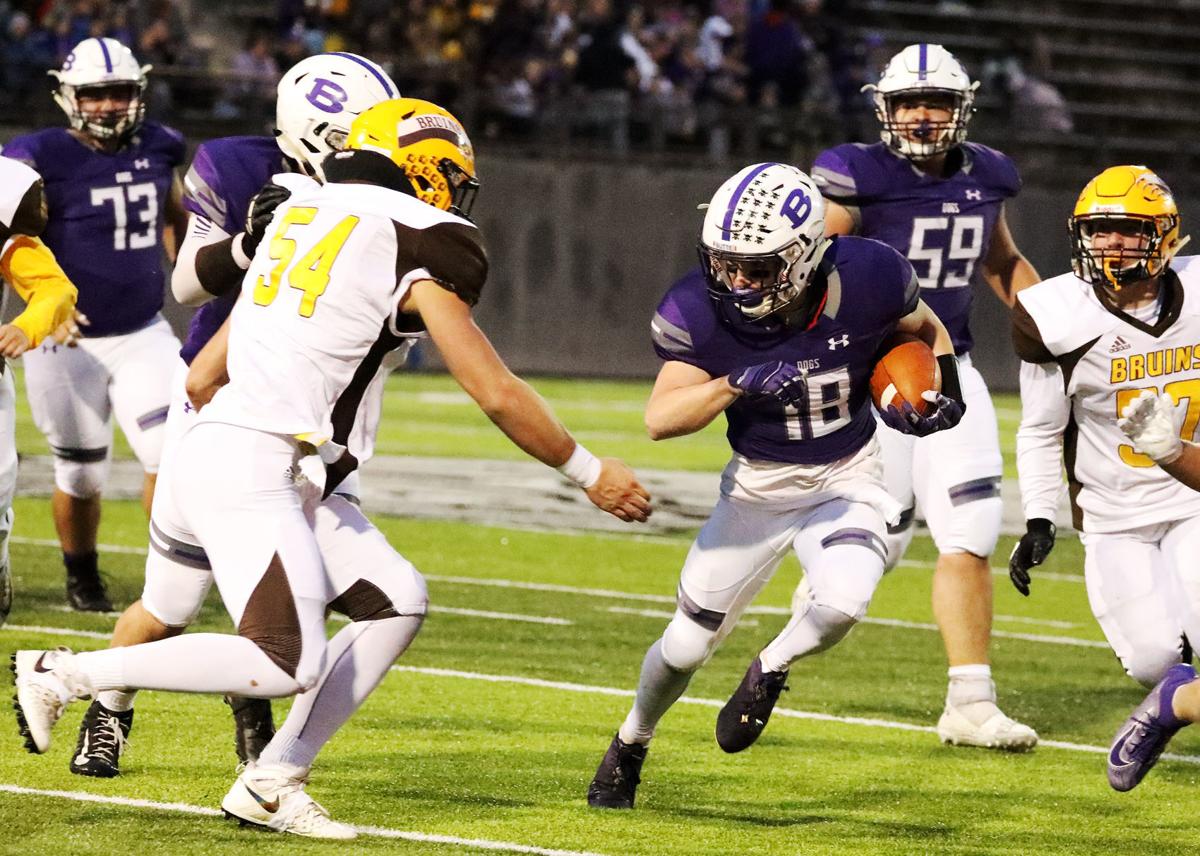 Butte senior receiver Quinn Sullivan has totaled 22 receptions for 357 yards and four touchdowns in the 2019 season. 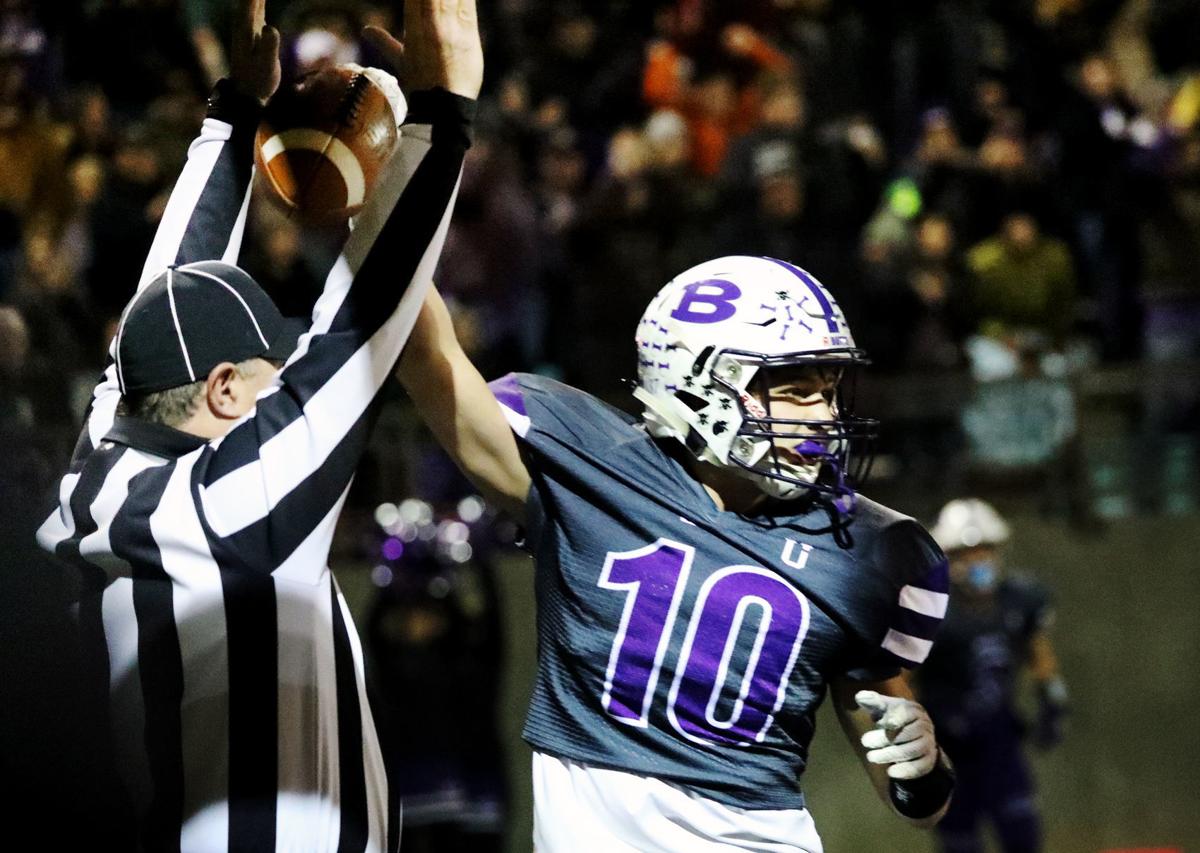 Butte senior receiver Quinn Sullivan has totaled 22 receptions for 357 yards and four touchdowns in the 2019 season.

BUTTE -- Like many kids attending the local elementary schools of Silver Bow County, the current wide receivers of Butte were present at Naranche Memorial Stadium on Nov. 16, 2012.

“I remember Butte driving down the field at the end to win,” senior Tucker Winston said. “I remember Dalton Daum, Dallas Cook and Zach Bunney, all those guys.”

Junior Ryan Neil remembers the aftermath of Jake Dennehy’s 46-yard field goal to push Butte to a 38-36 win over Bozeman and a state title.

“I remember sitting in Section A,” Neil said. “Watching it go through, everyone goes crazy and running on to the field right after the game. It was awesome.”

And for senior Banner Cetraro, it’s the moment that he realized that he had aspirations to match the 2012 squad, and to hear ‘Boys of Fall’ play over the sound system at Naranche.

“I obviously remember the kick,” Cetraro said. “But after the games, when everyone was on the field, they played ‘Boys of Fall’ and I just remember thinking I wanted to be one of those guys. It was a cool feeling, and it gives me déjà vu now when I hear it.”

Cetraro will get the chance to hear Kenny Chesney’s dirge one more time, but he and the Bulldogs’ receivers aren’t focused on reliving the memories of 2012.

They’re focused on writing their own history.

The arrival of the Hawks in the Mining City on Friday night will be the quintessential opportunity to do so.

With an undefeated season run and a key part of Butte’s staggering offense, they already have plenty to hang their hat on.

But, as head coach Arie Grey mentions, the amount of work the Bulldogs’ receivers group has put in means that they don’t plan on stopping now.

“It’s a good group of players,” Grey said. “They’ve worked hard since the end of last season, in the weight room, in the classroom. It’s a dynamic group that I think sometimes gets overlooked, because they’ve done some really good things for us.”

The nature of the group getting slightly less noticed on the state level is almost logical, especially when one considers how the group and quarterback Tommy Mellott spread the ball as well as they do.

Cetraro, who leads the Bulldogs in touchdown catches with seven, which is just one-fourth of Mellott’s season total of 28 passing touchdowns. Meanwhile, Neil has a Butte-high 530 receiving yards, which is just over 20 percent of the senior QB’s total passing yards.

But the Bulldogs’ ability to make the most of their receiving weapons is remarkable. All seven receivers who have played eight games or more on offense have caught a score: Cetraro, Neil, Winston, seniors Cory West, Quinn Sullivan, Peyton Hettick and junior Jacob Olson.

Not to mention that each of the receivers averages over 10 yards a grab. The offensive production may be spread out, but it’s because of their ability to each provide something different and execute when they’re called upon.

What’s the secret? Grey says it has to do with a team-first disposition.

“Very unselfish group of players,” Grey said. “They’ve done a great job in our (run-pass option) game and our screen game. Blocking down field is something they take a ton of pride in, they understand how important that is. Run plays, receivers have a big part in that, more than people think.”

It’s no secret that Grey and his team have stung teams with screens, run-pass options and outside runs with Mellott, which all require considerable awareness and tenacity from the receivers to find their target, block him and set up big plays on the ground or in passing plays designed to the specific situation.

For Mellott, that’s all he could ever ask for.

“On Saturdays, when we open up the film, one of the most impressive things that we get to see is the effort they give when the ball isn’t coming to them," Mellott said. "They don’t get the ball, but they go make a play afterward, they go make a critical block that could seal a touchdown run. It’s special to see that and I’m really proud of what they’re doing.”

The quarterback’s 1,130 rushing yards and Butte’s 2,915 total yards on the ground are just as much a credit to the receivers as it is anyone else’s.

It’s nothing new for receivers to block and set up plays, but they often get little recognition for it. However, the next time Mellott cuts to the outside on a designed run, watch the WRs patrolling downfield looking to create more space.

All the receivers, including the senior West, agreed that their willingness and success is the product of a mindset that focuses on doing your job well, no matter the task.

“It’s important for the receivers to go 100 percent on every play,” West said. “Don’t take a play off. You never know when the ball could come back out your way, so you have to make sure to nail your blocks and routes.”

Mellott adds that it's the group's upbringing Butte with football that helps make it special.

“The crew we have is really special,” he said. “They worked all offseason, and have shown it throughout the season. I just trust those guys, they go make plays for me… It goes back to the days when you’re in the backyard playing toss. I remember a lot of these guys when I was a little kid. I hadn’t decided to be a quarterback, but we played toss, because that’s just what you did.”

So much has been said about Butte’s love of sports, specifically football.

It was apparent in 1900, when the Bulldogs won their first state title. It was true that 2012 night when thousands, including the Air Raiders, erupted in joy as Butte claimed its most recent title. It was true all those years in between.

The good, the bad, the state championships, the seasons to regret -- they all culminate into a community that genuinely, deeply cares about its town and its teams.

“The support we have for our athletics is just amazing,” Sullivan said. “There’s nothing like it anywhere else in the state. I’m pretty grateful that I’m part of this community and that we have the support we do.”

Sullivan acknowledges it, and says that his experience in 2012 is a big part of what drives him, the receivers, and the Bulldogs as a whole.

“I just remember the community coming together,” Sullivan said. “Ever since that time, I’ve been dreaming that hopefully one day get put into that situation and that’s what I’ve been working for and thankful we’re finally here.”

Senior tight end Hettick resonated that same emotion and, like Sullivan, looks to make his last time suiting up his best game yet.

“This is what we all dreamed for as kids, and its finally coming true," he said. "It’s great to experience the state championship as your last game of high school football.”