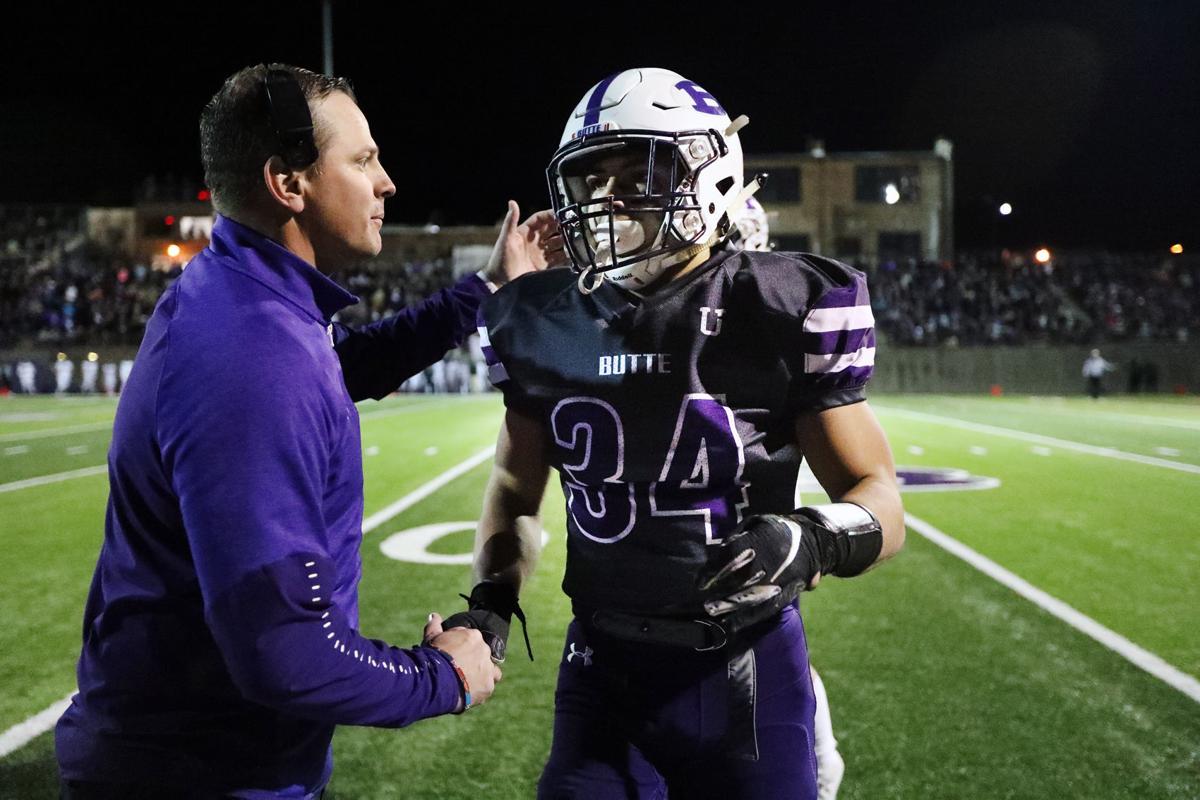 Bulldogs' head coach Arie Grey will look to use running back Kameron Moreno and the rest of his team to win at the line of scrimmage Friday. 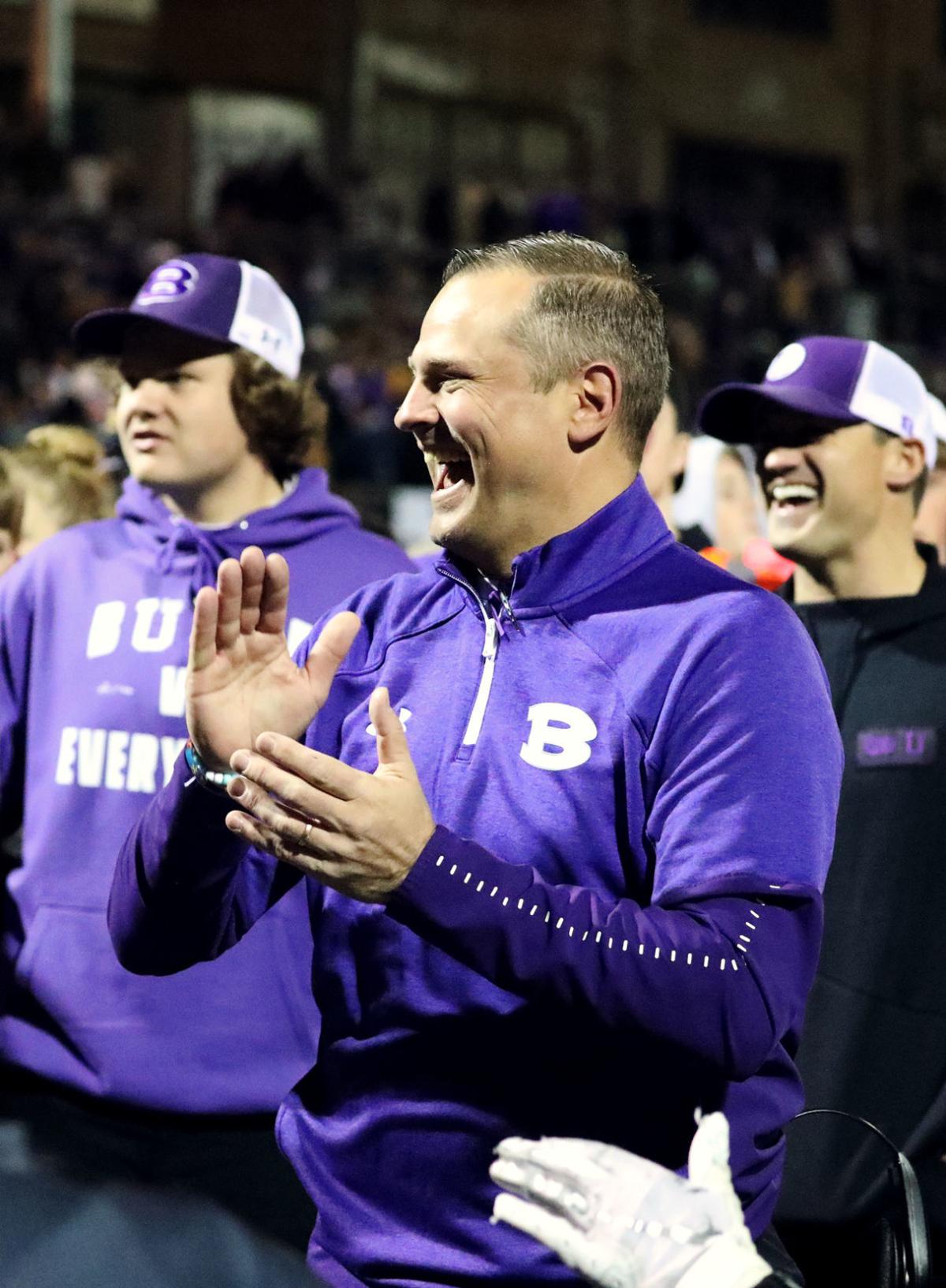 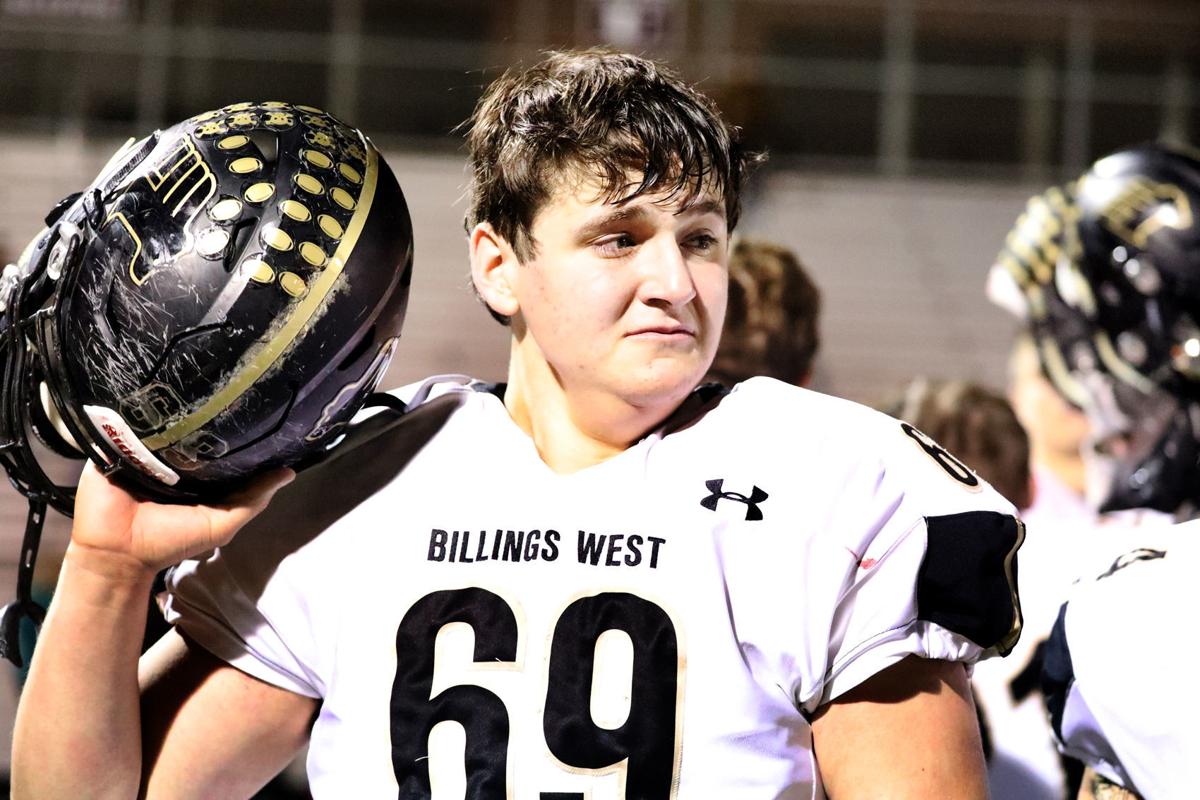 Billings West defensive lineman Cade Hemby reacts to a tough loss to Butte High School on Friday the Class AA after the semifinal game in Butte.

Bulldogs' head coach Arie Grey will look to use running back Kameron Moreno and the rest of his team to win at the line of scrimmage Friday.

Billings West defensive lineman Cade Hemby reacts to a tough loss to Butte High School on Friday the Class AA after the semifinal game in Butte.

After a seven year hiatus, the state championship game is returning to the Mining City.

Butte (11-0) defeated Billings West 35-6 in a Class AA Playoff Semifinal to advance to the championship game, while West suffered their second loss of the year and failed to defend their 2018 AA state title.

There was no doubt that Naranche Stadium was going to witness an eventful, dramatic game, and Bulldogs quarterback Tommy Mellott and his team delivered the first blow, driving 90 yards on the opening drive before Mellott found tight end Peyton Hettick for a seven-yard opening score.

The Golden Bears responded strongly as quarterback Josh Erbacher and running back Demarcus Carr quickly led West down the field.

However, the first of a handful of first-half miscues struck West, as kicker Spencer Berger’s kick sailed wide right. Within 150 seconds, Mellott had his second touchdown of the evening as he found Banner Cetraro for a 60-yard score and a 14-0 first quarter lead.

“There’s going to be a statue of [Mellott] next to the Lady of the Rockies,” Stanton said. “He’s a classy kid, you can just see it. I can tell he works hard… He’s a kid that everyone wants in their program and he’s got a bright future ahead of him at Montana State.”

A wayward first half saw each team commit two turnovers, as Mellott and Erbacher traded interceptions, with Erbacher’s landing in the hands of the two-side playing Mellott.

However, the momentum-deciding play of the game came late in the first half when Erbacher found receiver Zach Tallman in the red zone.

Tallman shed several tackles en route to the goal line, but could not cross the plane before defensive back Scout Allen forced a fumble, which the Bulldogs’ recovered.

This gave Mellott and the Butte offense a final shot to extend their first half lead, and the Bulldogs did so in exceptional fashion, as the senior quarterback chucked a 39-yard Hail Mary to Jake Olson as the first half expired.

Mellott mentioned that the play was something they had practiced, and credited Olson for making the play.

“We practice it every Thursday,” Mellott said. “We obviously get [Olson] out there because he’s like 6’8, just a big target… He made a great play on the ball, I just give him a chance and that’s all he needs. You just can’t stop that kid.”

Stanton mentioned that the crowd and energy of Naranche Stadium played a factor, but that he was proud of his team’s accomplishments over the past couple seasons.

Erbacher faced a tall task against the Butte defense, as Erbacher was limited to 88 yards and a singular touchdown. The Golden Bears’ offensive standout was Carr, who took a huge load of 23 carries for an impressive 206 yards, giving the Bulldogs fits in the open field.

Carr was proud to perform well, but wanted to acknowledge how well his offensive line played, as well as talk about his time at West.

“The offensive line blocked their butts off,” Carr said. “It sucks, the scoreboard didn’t show the work they did, but it just wasn’t our day… It’s been a fun four years. At the end of the day, I wouldn’t choose anyone over these guys. I’d go to war with these guys.”

In the second half, the Butte offense continued their success, but much of it came through senior running back Kameron Moreno.

Moreno and the Butte offense came out in the second half with a focus on adding to their 21-0 lead, and did so on their opening drive, as Moreno broke out for a 41-yard dash before breaking several tackles for a 16-yard score, and a four-score lead.

The senior finished with 153 yards and two scores, the second of which came midway through the fourth quarter to finish off an impressive performance. Moreno talked about the need to execute in the second half, and that it was something the Bulldogs had worked on.

“Our coaches always say, ‘Leave no doubt,’” Moreno said. “We have had trouble throughout the season letting up points in the second half, but lately we’ve been punching [teams] in the mouth right out the gate to start the second half.”

The Golden Bears were able to get on the scoreboard late, as Erbacher found Tallman for a nine-yard scoring toss, but it was a consolation in the bigger picture of the game.

Grey praised both sides of the ball for executing, but pointed out the game-deciding factor of defensive play in big situations. In two visits inside the Butte 20-yard line, West was unable to score any points, and Grey noted that.

“Hats off to our defense,” Grey said. “[West] is a potent offense, man. They played solid the entire night, and there is probably just one drive they want back. I’m proud of the boys, the defensive staff… People always look at the wrong numbers. The red zone is such a critical element to the game. Offensively, you have to be good at it, defensively, you have to be great at it. Proud of the way the defense flew around and made plays.”

For the Golden Bears, Stanton and his team can hold their hats on another impressive run, and a cumulative 21-3 record over two years.

As for Butte, Grey and his team continue their undefeated season by returning to Naranche for one final game. Bozeman, who the Bulldogs beat on a game-winning field goal in the 2012 state championship, returns to Silver Bow County in a battle between Class AA’s No. 1 and No. 3 seeds.