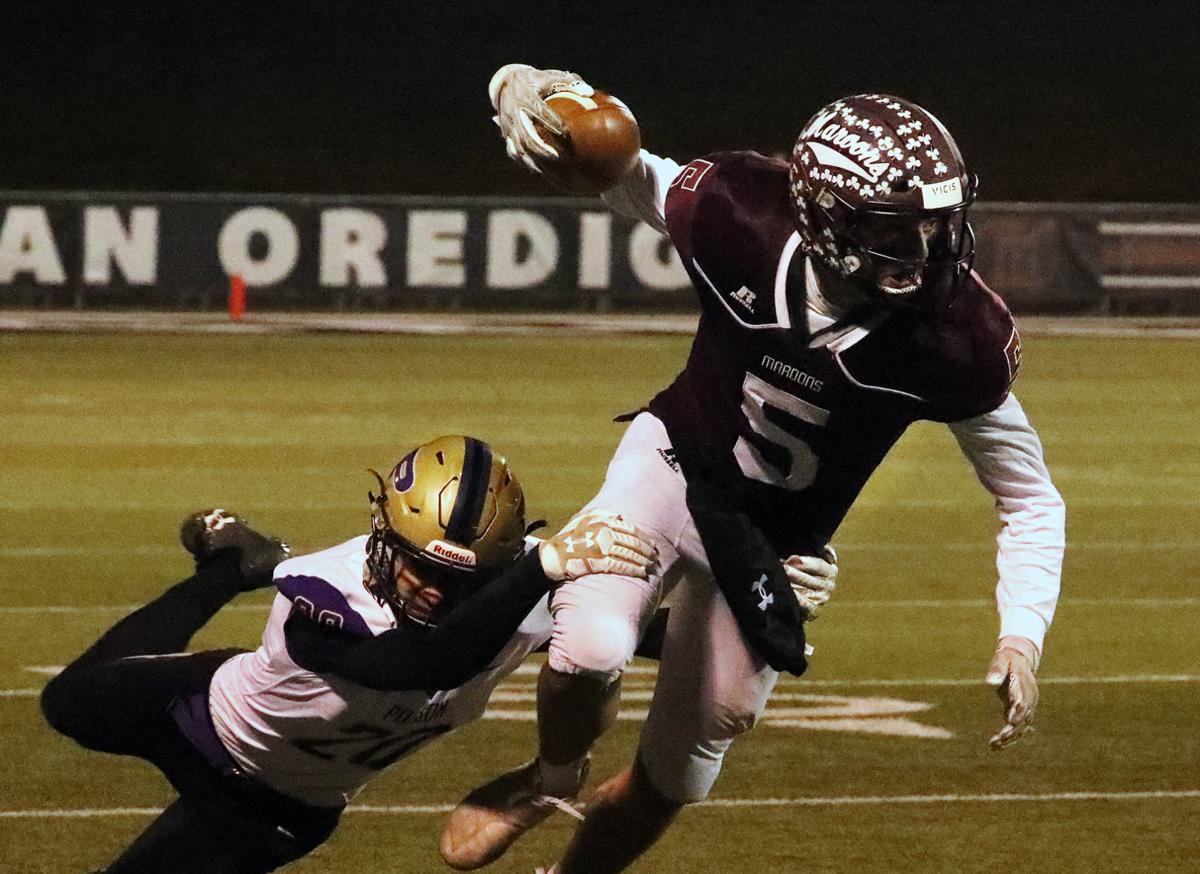 Butte Central receiver Guido Ossello, who also started a game at quarterback in place of an injured Thomas McGree, is committing his future to the University of Montana. 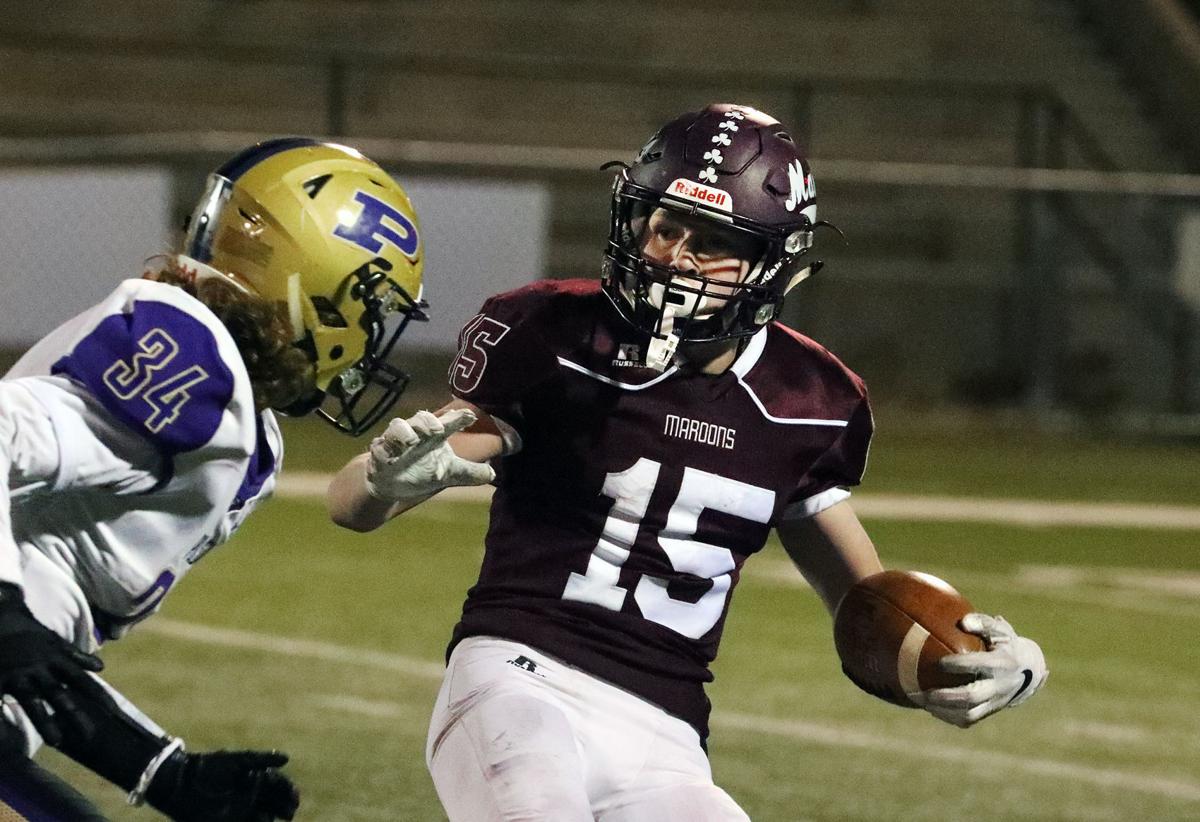 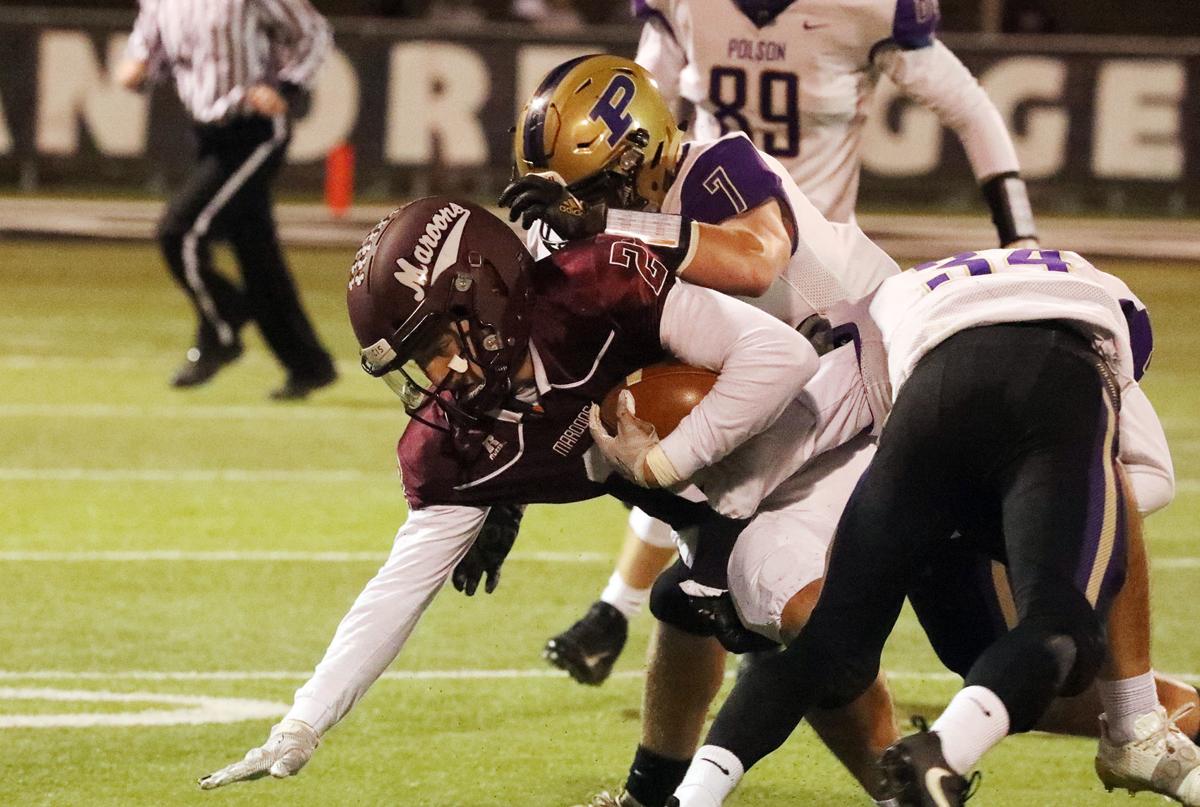 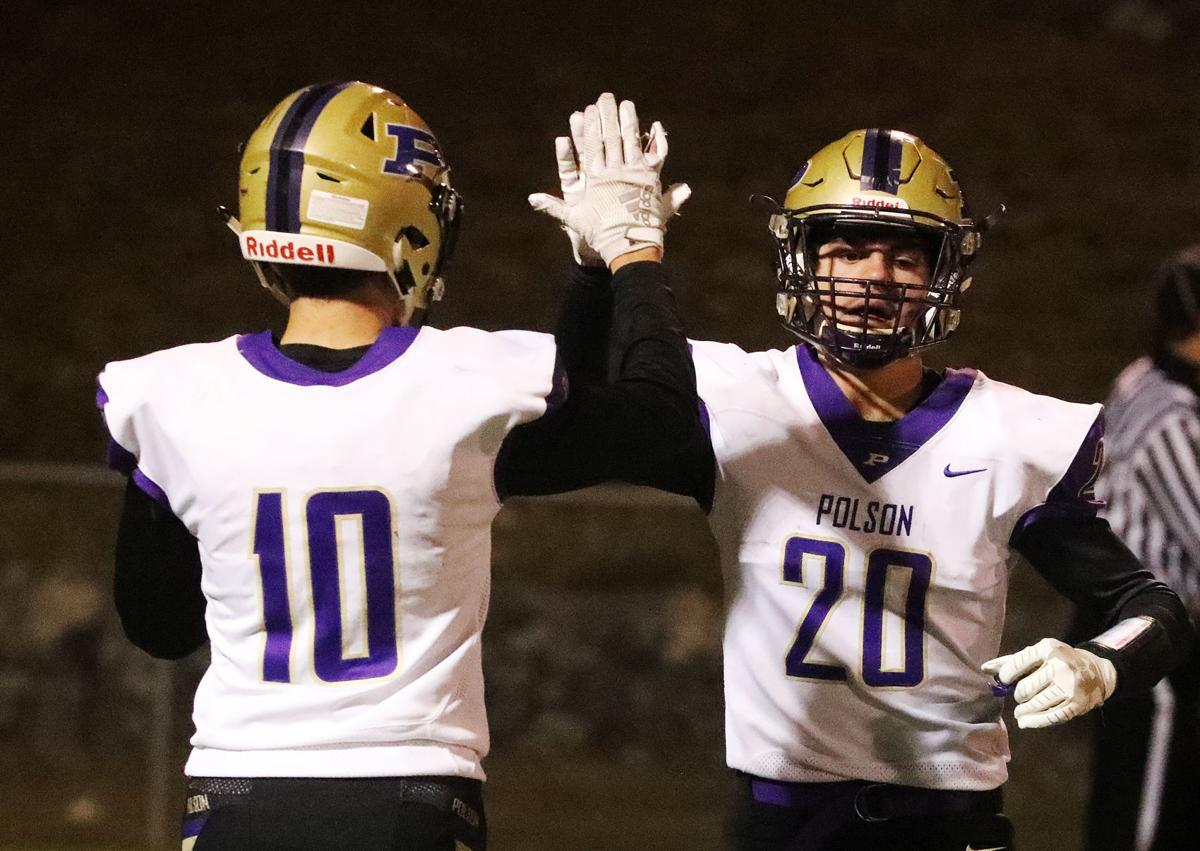 Teammates congratulate Polson's #20 after he intercepted a pass in the first half of the Butte Central and Polson match up in Butte. 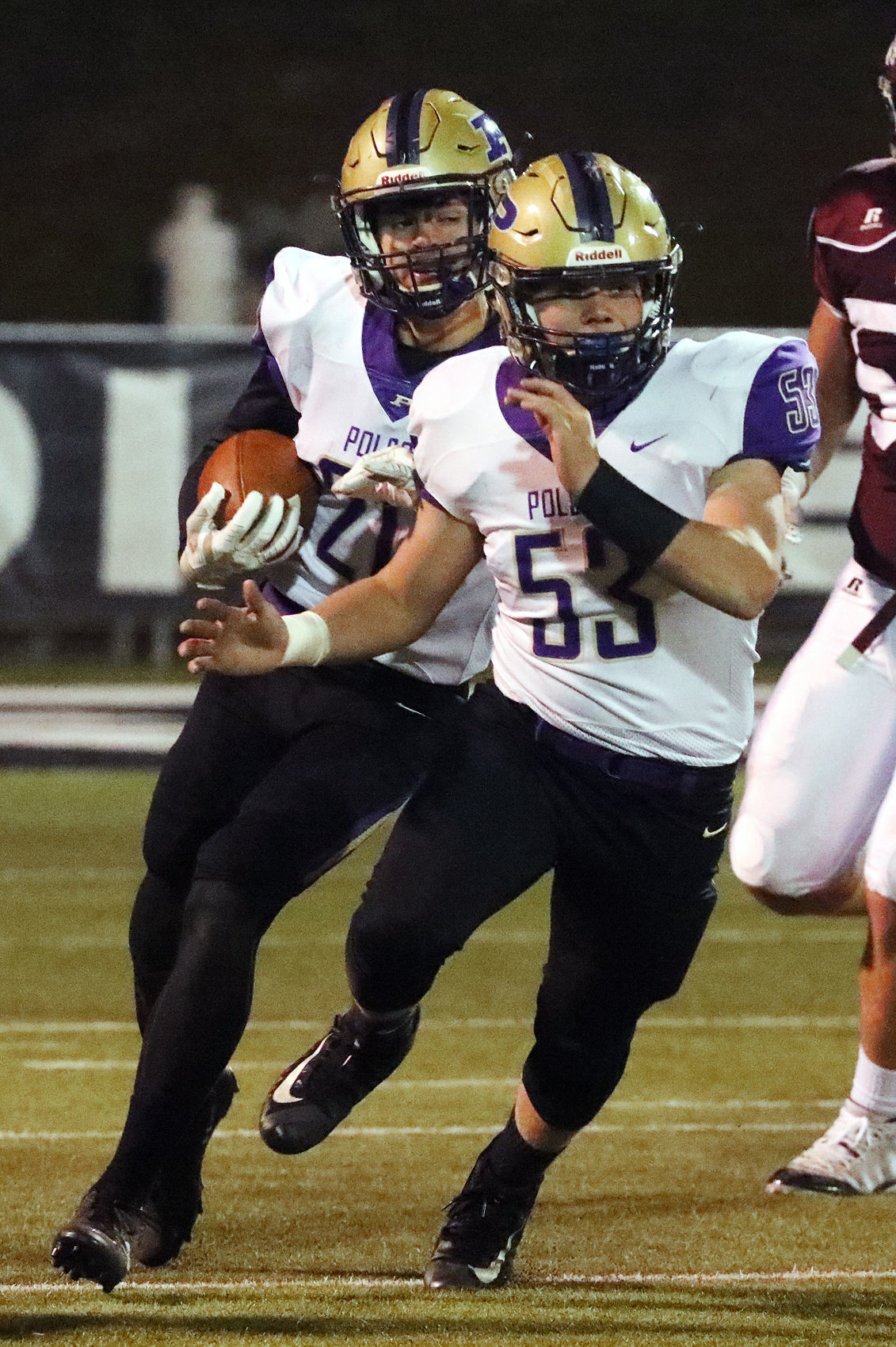 Polson's Kenton Sisler blocks as #20 carries the ball in the first half of the Class A game against Butte Central High School in Butte.

Butte Central receiver Guido Ossello, who also started a game at quarterback in place of an injured Thomas McGree, is committing his future to the University of Montana.

Teammates congratulate Polson's #20 after he intercepted a pass in the first half of the Butte Central and Polson match up in Butte.

Polson's Kenton Sisler blocks as #20 carries the ball in the first half of the Class A game against Butte Central High School in Butte.

How do you punch your ticket into the Class A playoffs?

With a win on senior night, of course.

Butte Central took down Polson Friday night in an eventful 35-12 game that saw seven touchdowns, seven sacks and four turnovers as the Maroons all but secured their postseason destiny.

The Pirates came into the game with as much at stake as Central, sitting at 4-2 in the region. However, the momentous Maroons established a physical advantage early in the game, even before their first score.

Central running back Egan Lester began picking up noticeable gains out the gate, on his way to a 154-yard, one-touchdown evening. While quarterback Thomas McGree’s four total touchdowns lit up the scoreboard, Lester was a key factor to a consistent performance from the Maroons offense.

“He has improved every single game,” said head coach Don Peoples Jr. “He’s really running hard and he’s breaking tackles. He’s got a great burst of speed, and we’re really excited about how he’s running. It’s a testament the offensive line as well.”

It almost goes without saying that the offensive line did their job as McGree and Lester combined for 217 total rushing yards and three on-the-ground scores, averaging 5.9 yards an attempt.

Like Peoples, Lester gives credit to the offensive line for making things simple and easy.

“I like fighting for extra yards,” Lester said. “We’re starting to figure things out and get on the right track. But without the offensive line, I can’t get it done, so shout out to them. I just see the hole that our big guys make and I hit it hard.”

Overall, it was a difficult night for the Pirates, which head coach Kaden Glinsmann acknowledged, mentioning that a game like Friday night’s goes deeper than the plays itself.

“My biggest takeaway is that this was a game won in the summer,” Glinsmann said. “We’re trying to do the same at Polson: we’ve got to get guys to buy in for 12 months out of that year. They played tougher than us and it showed.”

The Pirates inability to win at the line of scrimmage doomed Polson, but Central will be proud to not only establish the run, but to also dominate defensively, forcing two turnovers and five sacks.

Securing the playoffs and performing in an important game was something Richards mentioned he was proud of, but that the victory is a better representation of the emotion and bond that Central’s group of seniors possess.

“Before the game, we were really emotional,” Richards said. “Our group of seniors has played together since we were kids, and to get a win and keep our season alive, it feels good. We have to keep on winning.”

THANKSGIVEAWAY -- Enter our contest for your chance to win $5,000!

SAVE on your first 3 months! Join today