He cradled his 3-month-old son, Kepa, as he walked off the 18th green at Torrey Pines on Father's Day. And then he collected the silver U.S. Open trophy after a performance filled with passion and absent of blunders that wiped out everyone else.

Rahm made a bending 25-foot birdie putt on the 17th hole to catch Louis Oosthuizen. He buried another curling, left-to-right birdie putt from 18 feet on the final hole for a 4-under 67 and a one-shot victory.

"Little man, you have no idea what this means right now," Rahm said to his son on the practice range when he won. "You will soon enough."

The 26-year-old Rahm became the first Spaniard to win the U.S. Open, finally getting the major prize to go along with his enormous talent. His victory also returned him to No. 1 in the world.

On a back nine filled with double bogeys by so many contenders and a shocking meltdown by defending champion Bryson DeChambeau, Oosthuizen was the last to fall.

Trailing by one shot, Oosthuizen drove into the canyon left of the 17th fairway for a bogey that left him two shots behind, and then he missed the fairway on the par-5 18th that kept him from going for the green for a look at eagle to force a playoff.

He settled for a birdie and a 71. It was his second straight runner-up in a major, and his sixth silver medal since he won the British Open in 2010 at St. Andrews.

Only two weeks ago, Rahm was on the cusp of another big win. He had a six-shot lead at the Memorial after 54 holes, only to be notified as he walked off the 18th green at Muirfield Village that he had a positive COVID-19 test and had to withdraw.

Worse yet, his parents had flown in from Spain to see their new grandson, and Rahm was in self-isolation and couldn't be there for a special moment.

Sunday made up for it. His parents were at Torrey Pines to witness a world-class performance capped off by one of the great finishes in U.S. Open history.

Rahm finished at 5-under 278 for his 12th victory worldwide. The first one was at Torrey Pines four years ago when he holed a 50-foot eagle putt on the 18th. 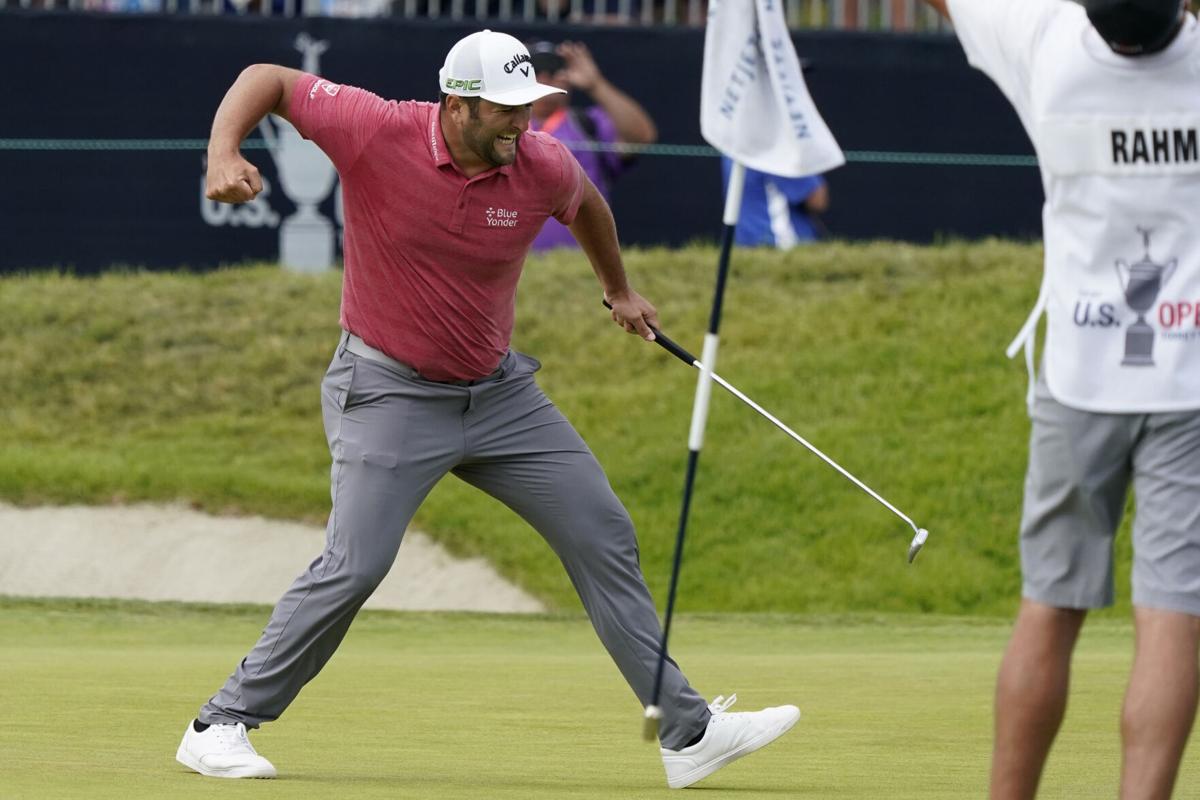 Jon Rahm, of Spain, pumps his fist after making his birdie putt on the 18th green during the final round of the U.S. Open Golf Championship, Sunday, June 20, 2021, at Torrey Pines Golf Course in San Diego. (AP Photo/Marcio Jose Sanchez) 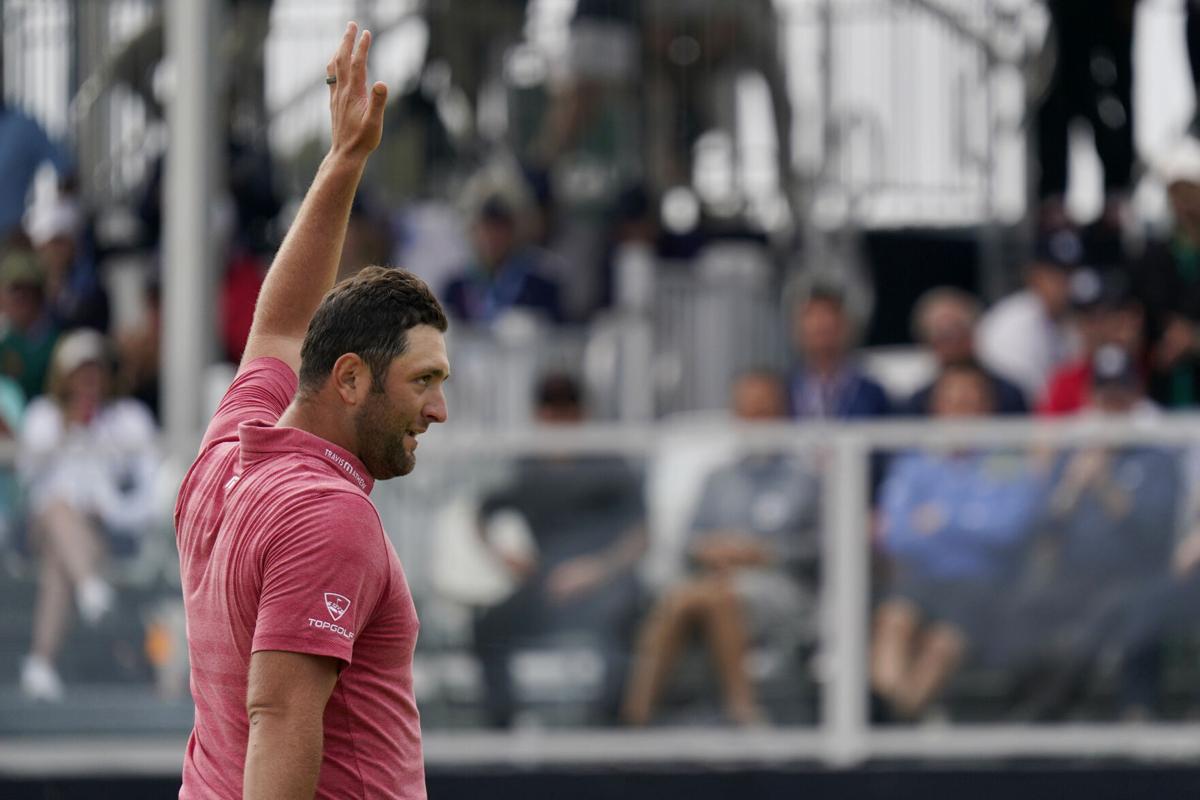 Jon Rahm, of Spain, reacts after making his birdie putt on the 18th green during the final round of the U.S. Open Golf Championship, Sunday, June 20, 2021, at Torrey Pines Golf Course in San Diego. (AP Photo/Gregory Bull)