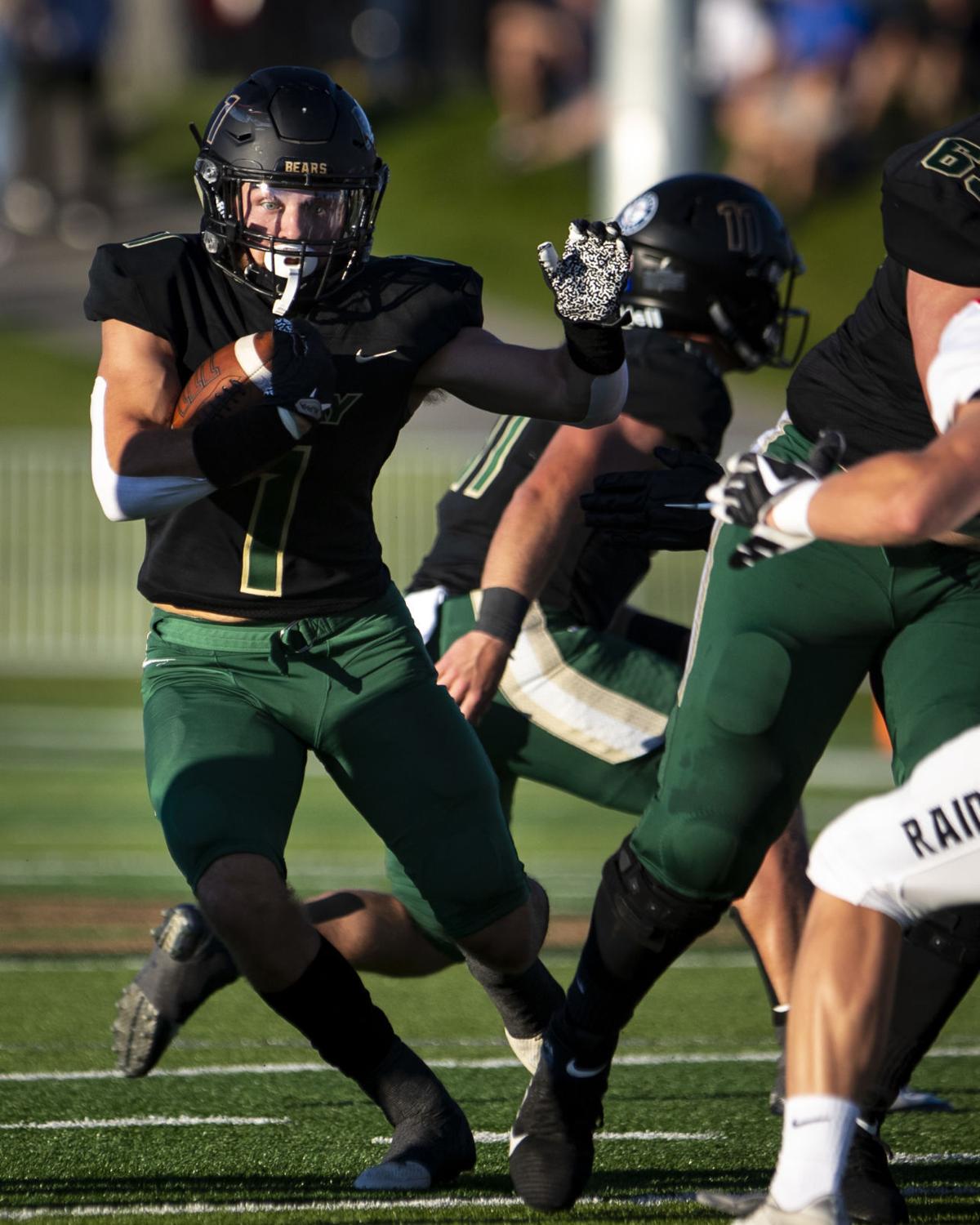 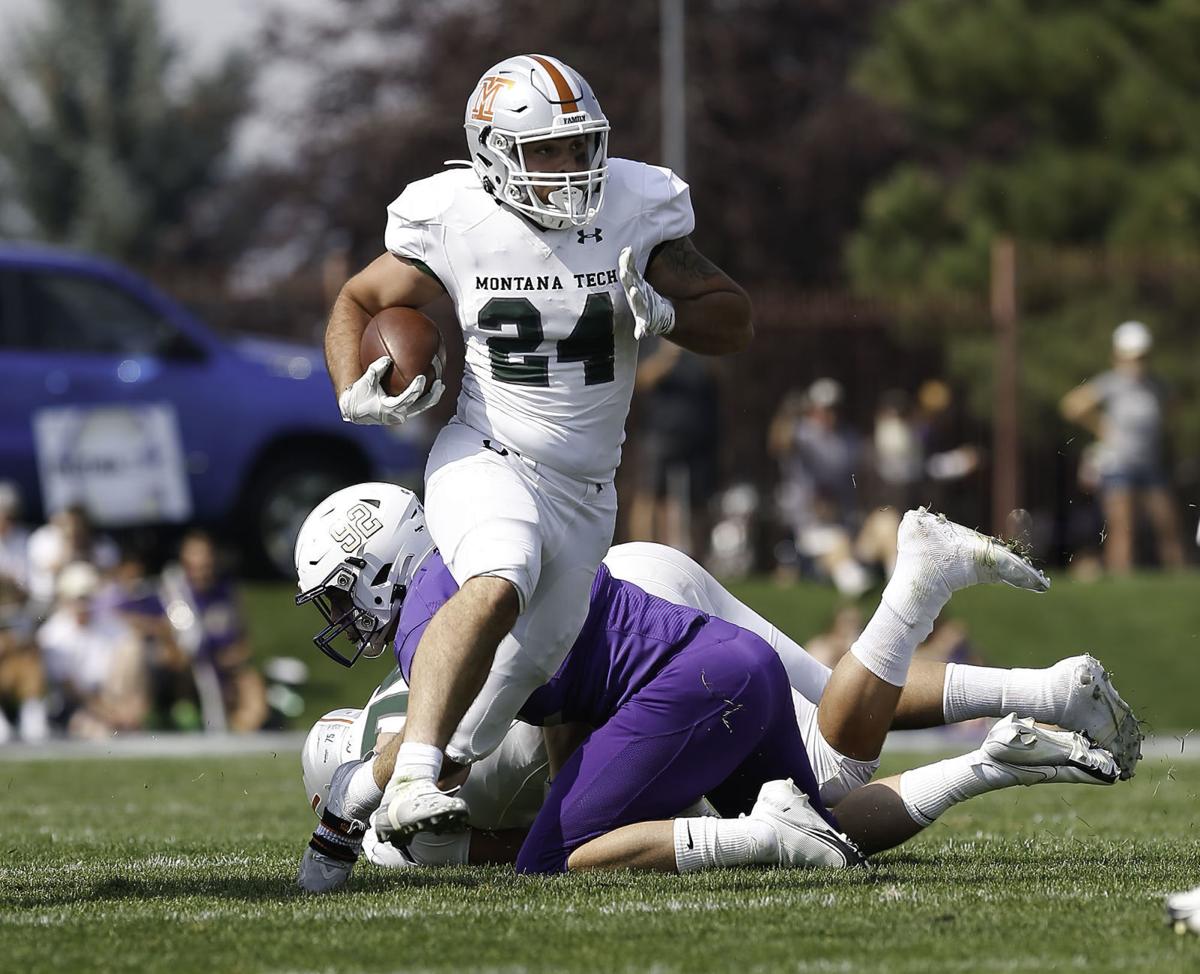 Montana Tech running back Blake Counts runs during a game against Carroll on Sept. 4.

BILLINGS — Rocky Mountain College is 2-0 and so far fulfilling a team-wide commitment for the 2021 football season.

It’s been seven years since the Battlin’ Bears started a season 3-0, and they’ll have the chance to do it again Saturday when they host Frontier Conference rival Montana Tech for a 1 p.m. homecoming kickoff at Herb Klindt Field.

With wins over Southern Oregon and the College of Idaho, Rocky is ranked No. 24 this week in the first NAIA Top 25 coaches poll. Montana Tech, coached by Kyle Samson, is 0-2 following losses to Eastern Oregon and Carroll. But the disparity in records doesn’t give the Bears any solace.

“They’re a really good football team,” Beridon said of Butte’s Orediggers. “We haven’t looked at their record or even at the scoreboard. They’re going to come in hungry. We know we can’t take them lightly or they can steamroll us.

“We really have to come out and try to take control and try to shut them down.”

Both teams are coming off a bye week. Rocky gave extended reps to its younger guys last week while easing off its veterans and more prominent players.

The Bears are bracing for a challenge against Tech. With the likes of quarterback Jet Campbell, running back Blake Counts and wideout Trevor Hoffman, the Orediggers don’t lack playmaking ability on offense. Counts was banged up two weeks ago against Carroll but poses a tough task when healthy.

Third-year Rocky coach Chris Stutzriem said Counts, a 220-pound graduate of Kalispell Flathead, “just runs so hard. He’s what Tech wants in a running back. He’s a physical kid and he’s always falling forward getting the extra yards. And he’s athletic enough to where he can make something happen outside.”

“Jet’s a heck of a player,” Stutzriem said of Campbell. “He’s a competitor. He can throw it and run it. He’s a bigger kid, a strong kid. He’s athletic and he’s matured each time we’ve seen him on film. It’ll be key for us for our D-line to get after the quarterback.”

Rocky’s offense, meanwhile, has so far found success through the air as QB Nate Dick has thrown for 484 yards and five touchdowns in two games.

But the Bears will be tested against a Tech defense that prides itself on physicality.

“They like to get up in your face. That’s what they’re known for,” Rocky receiver Lucas Overton said. “They’ve got big guys up front on the D-line, big guys at linebacker and quick corners and safeties that will come up and punch you in the mouth.

“We’ve just got to be ready for the fight.”

Beridon calls Ethan Hurst the “young pup” of Rocky’s defensive line corps, but the freshman from Santa Margarita, California, is playing beyond his years.

Through two games, Hurst, a defensive end listed at 6-foot and 230 pounds, ranks second nationally with 4.5 QB sacks and third with seven tackles for loss. Hurst saw time during the team’s four-game spring schedule and was able to keep his freshman tag due to COVID-19 eligibility relief, and now he’s truly coming into his own.

“He’s a ridiculous athlete,” Beridon said. “He runs 100 mph crawling on the floor. He brings that energy. He’s a mastermind on film (study) and he’s very mature for his age. He’s going to be a problem for teams for the next four years. He’s going to create havoc.”

“Ethan’s getting a lot of one-on-one matchups,” Stutzriem said. “His first step is so good. He’s explosive off the ball and when he gets that one-on-one matchup, I really like what he does. He’s smart, he’s so athletic and he has a motor every single play.”

Rocky’s defense has had success in large part to the exploits of its line — in particular the interior play of Beridon and Wes Moeai and Alex Bush on the outside. Bush, by the way, last played at Division I TCU and has become a proven edge defender in the Frontier.

But Hurst’s performance has perhaps turned the most heads.

“We knew it was there. We saw it every day during fall camp,” Stutzriem said. “I know our tackles are glad he’s on our team and not seeing him on the other side.

“He’s done a lot better job of staying balanced. Last year we saw the speed but it was kind of out of control. Now he’s more under control and more balanced coming off the ball, which has really helped him.”

Montana Tech at No. 24 Rocky Mountain

Quotable: “(Tech) could just as well be 2-0. They were in both games. This is the Frontier, where you could be 2-0, 1-1, 0-2. So they’ll bring a challenge in here. I know they’re looking for a win, and we’ll have our hands full again.” — Rocky coach Chris Stutzriem

Notes: This week's game serves as Rocky's homecoming. ... The Battlin' Bears haven't started 3-0 since the 2014 season. ... Montana Tech was picked to finish sixth in the Frontier's preseason coaches poll; Rocky was picked seventh. ... The Bears will wear helmet decals in tribute to Tony Tessmer, who played at RMC in the 1980s. Tessmer passed away in February at the age of 54.

Olson-Keck is one of Class AA's top blockers.

Heartbreaker in Butte: Montana Tech football falls to College of Idaho in Hall of Fame Game

Montana Tech lost to College of Idaho 28-23 on Saturday in the annual Hall of Fame Game.

Once again, the Saints look like the team to beat

Montana Tech Orediggers bounce back with win over MSU-Northern

BUTTE — The Orediggers came back from a tough rivalry game loss to Montana Western last week with a 23-13 win over MSU-Northern in Havre on Saturday.

Feuling currently serves at Linn-Benton Community College in Albany, Oregon, as their Annual Fund Development and Community Relations Officer. He was a finalist for the AD job at MSU Billings.

Montana Tech running back Blake Counts runs during a game against Carroll on Sept. 4. 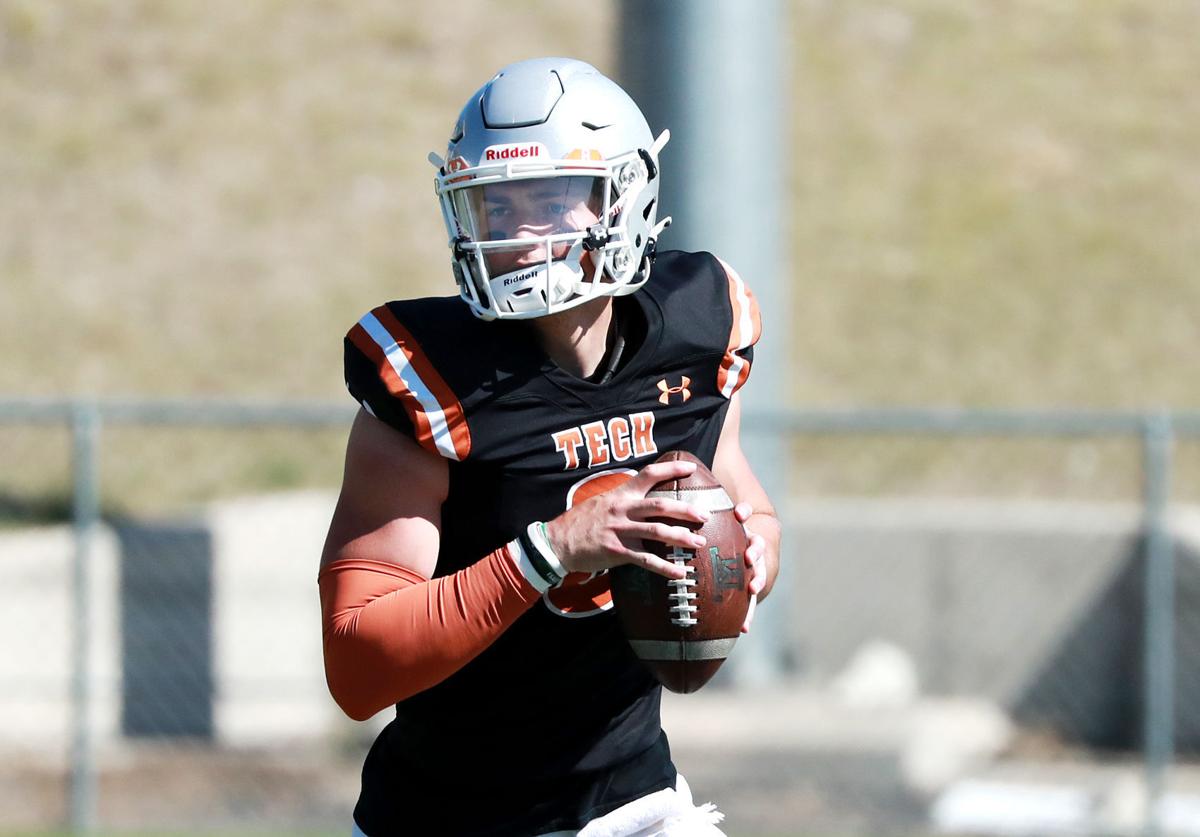 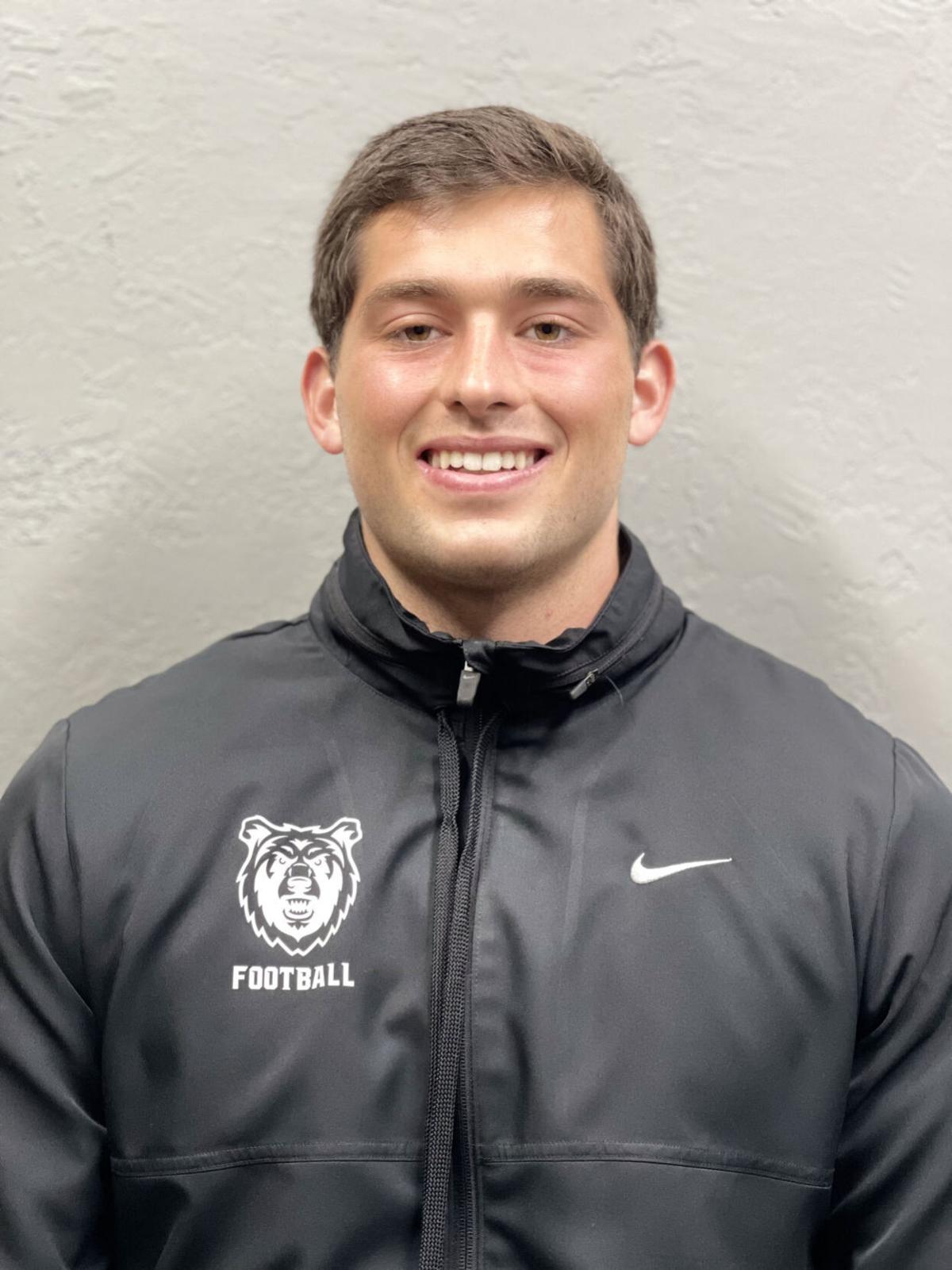