DILLON — Just under a year ago, Savanna Bignell was celebrating a national championship.

Then a junior, Bignell and the rest of the Montana Western women’s basketball team had just defeated Oklahoma City 75-59 to lift the program’s first ever NAIA national championship after a dominant 30-4 season that saw six seniors achieve the dream end to their Bulldog careers.

A year later, Bignell is Western’s sole senior. In a season that the Frontier Conference’s coaches predicted the Bulldogs to be the worst in the conference, Bignell averaged a team-high 10.1 points as she helped guide Western to a second-place finish in the Frontier’s regular season standings and another trip to Billings for the NAIA tournament.

But she, like many collegiate seniors around the country, won’t get the opportunity to even attempt another run at the NAIA championship, after the organization cancelled the event due to concerns of the spread of COVID-19.

“It’s absolutely heartbreaking,” Bignell said. “You want to finish the season, get the closure you needed but it was getting out of hand and the amount of people who could be infected by that in Montana… You can’t put basketball over the health of the entire nation. We have to do as much as we can to help.”

That all-important closure as a senior is something that transcends understanding and maturity. The lack of a proper finish to one’s playing career will always leave a hole of dissatisfaction. Closure is something both Bignell and Western head coach Lindsay Woolley talked about considerably after the official cancellation.

But Bignell shows maturity and recognition of the coronavirus outbreak and its implications. Woolley says that presence of mind is why she became a Bulldog, a leader in Dillon and a national champion.

“I was gone touring on the road,” Woolley said. “Watching games. To not even be able to announce it to the group and have a meeting, it was hard.

“It stings. I sent out the message to everybody and then called Savanna. She was really mature about it and she was shocked more than anything, wouldn’t say she was angry. She’s a tough nut and handled it really well.”

Bignell’s acceptance of the situation is due, in part, to two reasons: her teammates and her future.

The Avon, Montana, native said that it didn’t take long for the Western squad to meet up and share in the disappointment.

“We worked so hard,” Bignell said. “It was a bad situation for everybody. We wanted the support for each other and no one wanted to really be alone. The season is over so we had to something.”

The Bulldogs did what they’d been doing all year: hoop.

“We all got together as soon as coach told us,” Bignell said. “We had a little scrimmage as our last game. We all came together and it kind of gave me that closure I wanted.”

The senior guard got one last bit of competition through a fun evening in the Straugh Gymnasium, surrounded by the teammates that worked alongside her.

It wasn’t where she expected, she wasn’t guarding who she expected, but it was something. Some type of positive ending, rather than the gnawing feeling of a missed chance.

And while her time as an on-court Bulldog has come to a close, Bignell still has unfinished business with the game of basketball.

A Helena Capital graduate and a member of the Bruins’ 2015 Class AA state championship team, the 5-foot-6 guard has been studying and preparing for a new relationship with the game she’s played since she was a child.

“I’m getting a degree in physical education and a minor in coaching,” Bignell said. “I’m going to get in with [Helena Capital] and help them coach a little bit. I can’t leave the game, it’s not over for me. I’m going to help with coaching and go from there.”

This year’s Bruins team were named co-champs after the MHSA canceled all state basketball tournaments after two days of play, and share the same feelings with Bignell.

The immediate future is uncertain for Bignell, basketball and the rest of the Montana sports scene. But the senior has her eyes forward, ready for the next challenge.

Woolley isn’t surprised. When asked to describe what Bignell was to the Western program, her value was indescribable at times.

“It’s hard to put in the words,” Woolley said. “She’s a winner. She always has been, she’s a leader and kids to gravitate towards her. She’s passionate and loves to compete, and you can’t say that about every kid. She loves to compete with every fiber of being.”

Good, because the competition isn’t over for Savanna Bignell. 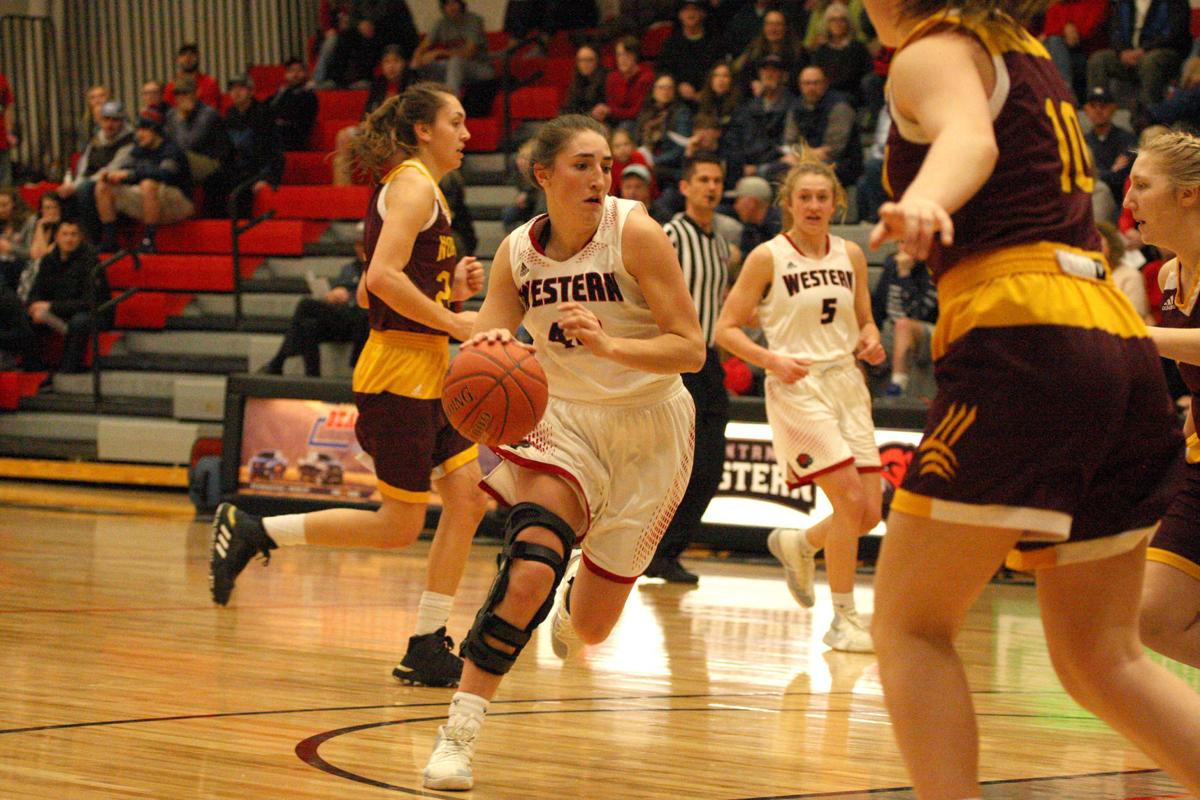 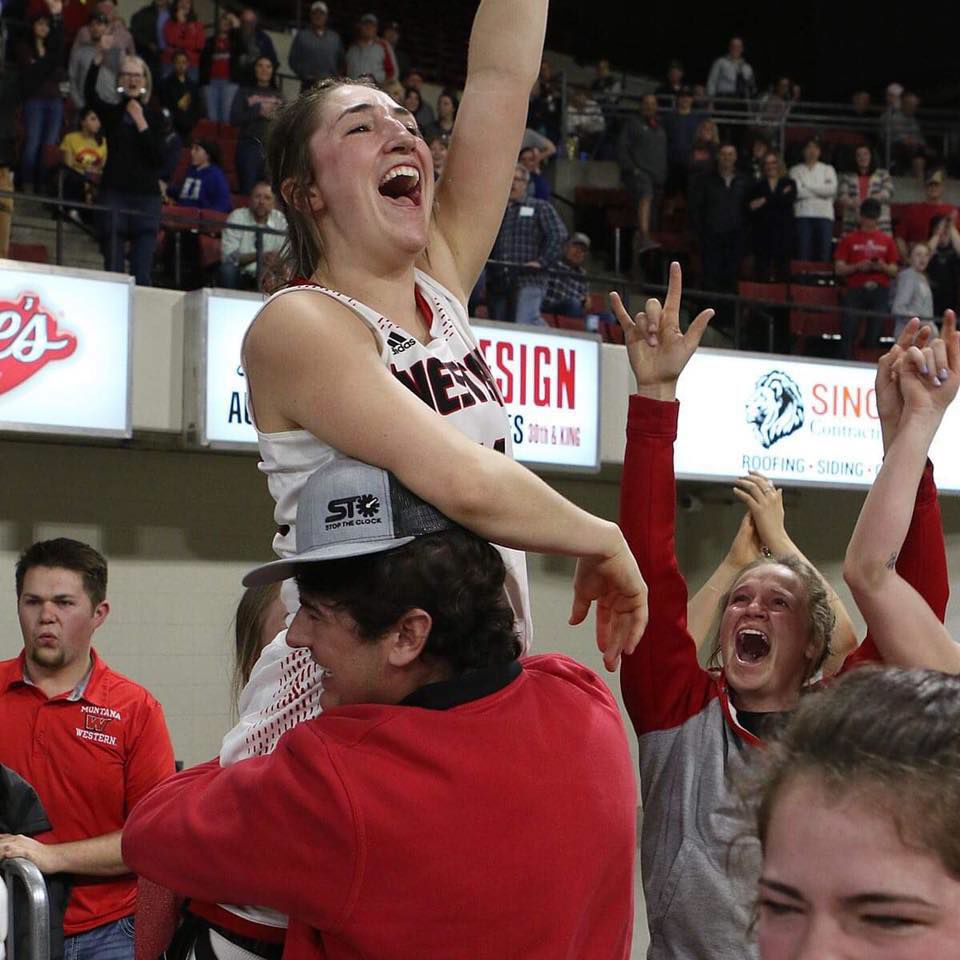 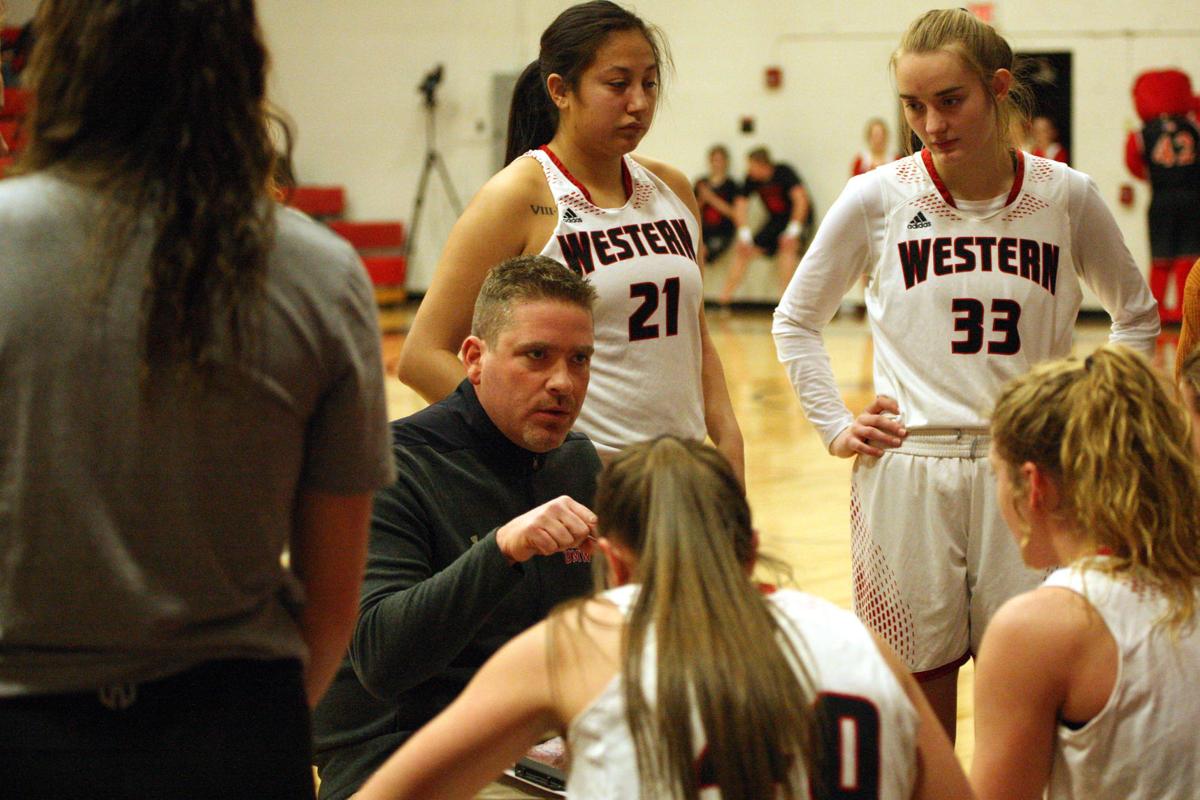