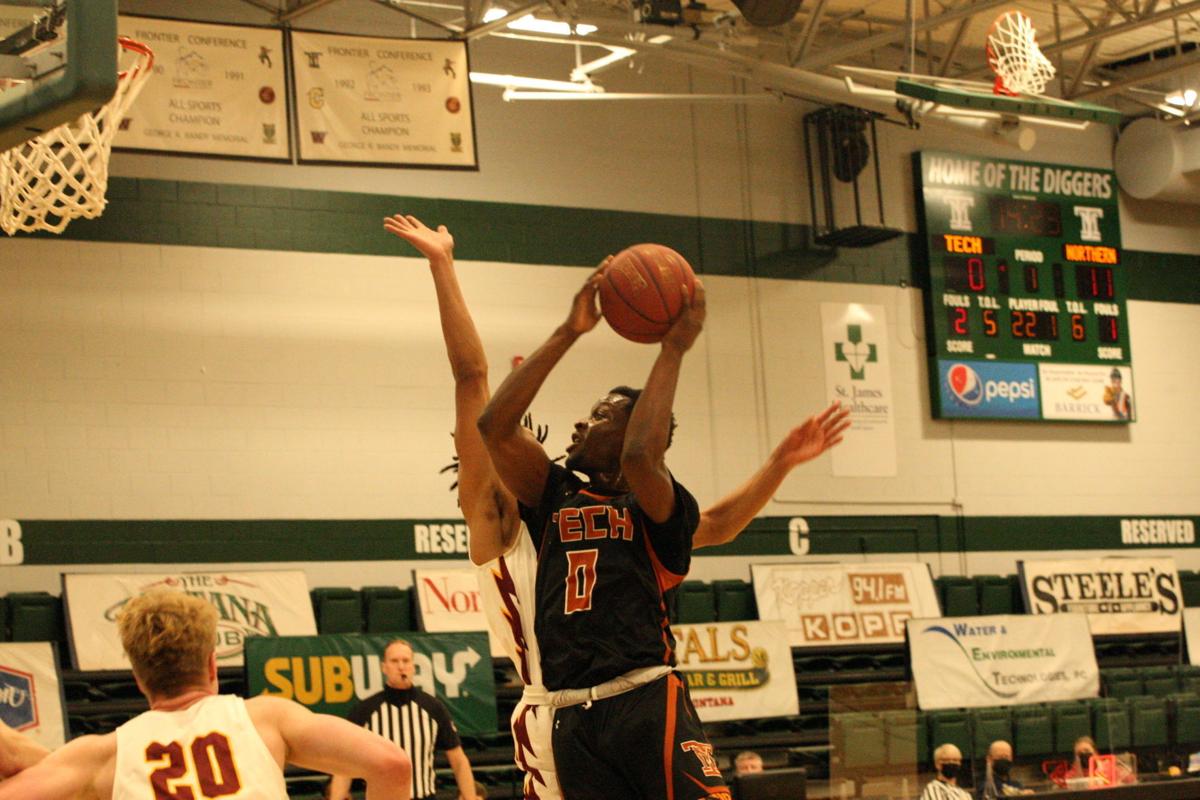 Sindou Diallo driving to the basket in Tech's game against MSU Northern on Sunday. 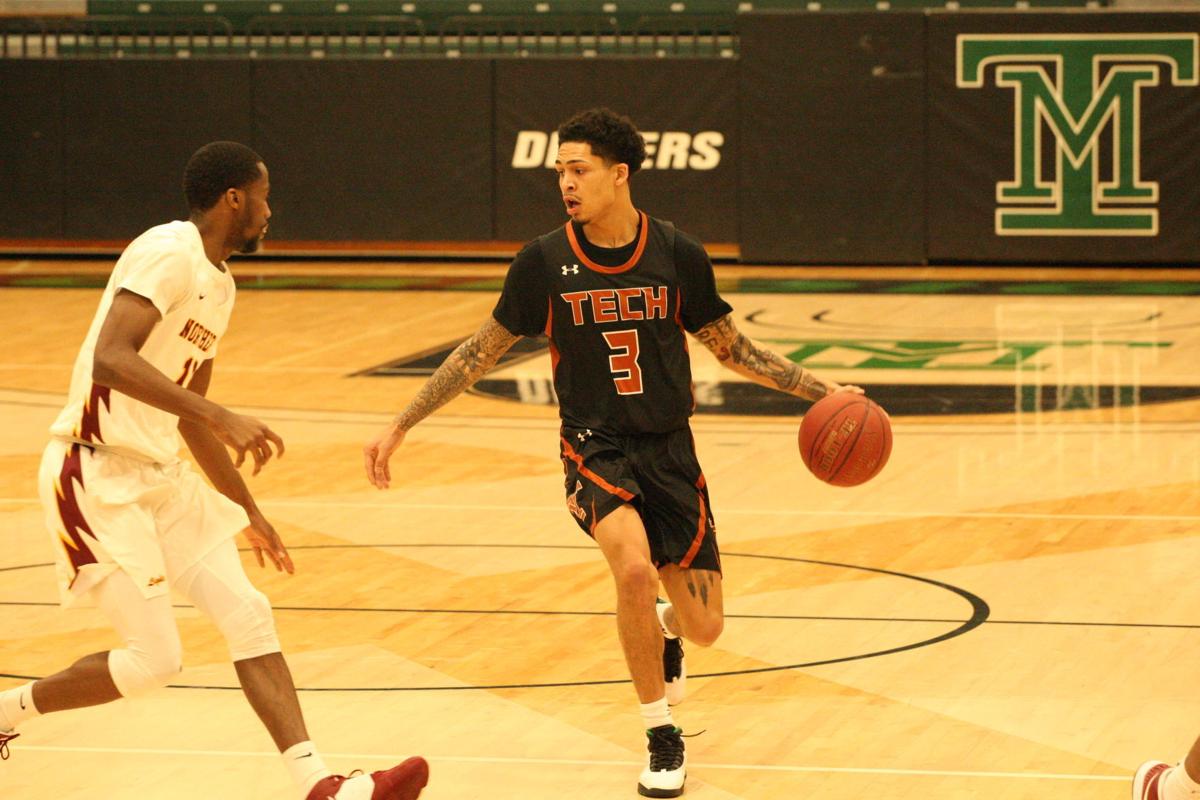 BUTTE — After narrowly defeating the MSU Northern Lights on Saturday, the Orediggers struggled to score and looked like a different team on Sunday, losing to the Lights 61-49.

Sunday's loss closed out the regular season, making the Orediggers 12-10 overall and 12-8 in the Frontier Conference. The Orediggers are scheduled to host Rocky Mountain College on Thursday in the first round of the conference tournament.

"These back-to-back games are really difficult, especially on Sundays," Montana Tech coach Adam Hiatt said. "It's tough on the student-athletes because there's no time to recover, we were not very fresh today and that was the difference in the game."

Nine minutes ran off the clock before Montana Tech got on the board Sunday. Down 15-0, Markieth Brown Jr. knocked down two free throws that seemed to ignite the Orediggers’ offense.

Tech attacked the paint as its outside shooting was abysmal. As a team, the Orediggers shot 27% from the field and 14% from the three-point line in the first half.

Attacking the rim proved helpful for Tech, as it resulted in eight free throws in the first half, six of which went down.

"We shot 19 free throws and they shot four, that was one of the big positives we had," Hiatt said. "We didn't foul that much but we have to regroup and get back to playing better."

The second half treated the Orediggers slightly better, where they shot 33% from the field and from the three-point line. They did not miss opportunities from the free throw line though, making all eleven of their chances in the second half.

Sloppy play and a lack of momentum were apparent by both teams, as Montana Tech committed 16 turnovers. The Lights outrebounded the Orediggers 38-31 and appeared more cohesive down the stretch.

"You can't force rhythm and you can't force flow. You have to get it organically through the way you play," Hiatt said. "We really tried to force it after that bad start and the more you force, you get the quicksand effect and dig yourself into a deeper hole."

MSU Northern's Mascio McCadney finished with a game-high 23 points. The Orediggers were led by Sindou Diallo who finished with 19 points, while Markieth Brown Jr. contributed 12 points.

The Montana Tech women got revenge against the Skylights Sunday afternoon, winning 62-55 after their loss on Saturday to end an eight-game losing streak.

The Orediggers will travel to Havre to face the Skylights for a third straight game to open the Frontier Conference tournament. The Orediggers finished the season with a 5-13 record.

"I think bouncing back from yesterday's game, and being in quarantine until Thursday, was important," said Montana Tech coach Carly Sanon. "I'm proud of how we kept fighting and battling and how we kept playing as a team."

"We'll go up to Havre to play Northern three games in a row which will be tough," Sanon continued. "We're going to focus on the little things like boxing out, playing hard and having fun."

Montana Tech started the final game of their regular season shooting with high efficiency. Shooting 50% from both the field and from three, the Orediggers held a 34-27 lead at halftime.

Shooting just 35% in the first half, the Orediggers’ defense proved tough to beat. Their perimeter defense was especially impressive, holding the Skylights to just one three-point make in the first half.

Mesa Williams finished with a game-high 20 points and added four assists. Madison Allen had 11 points while Dani Urick made an impact with eight points, five rebounds and three assists.

"Mesa has had a great four years here, she's had some big games and this weekend she was very consistent for us," Sanon said. "She was aggressive and attacked the rim, she can score from anywhere on the court and she really showed that this weekend."

Watch Now: A tour of the Montana Pro Rodeo Hall & Wall of Fame

The Orediggers star has big plans for next season and beyond

Sindou Diallo driving to the basket in Tech's game against MSU Northern on Sunday.