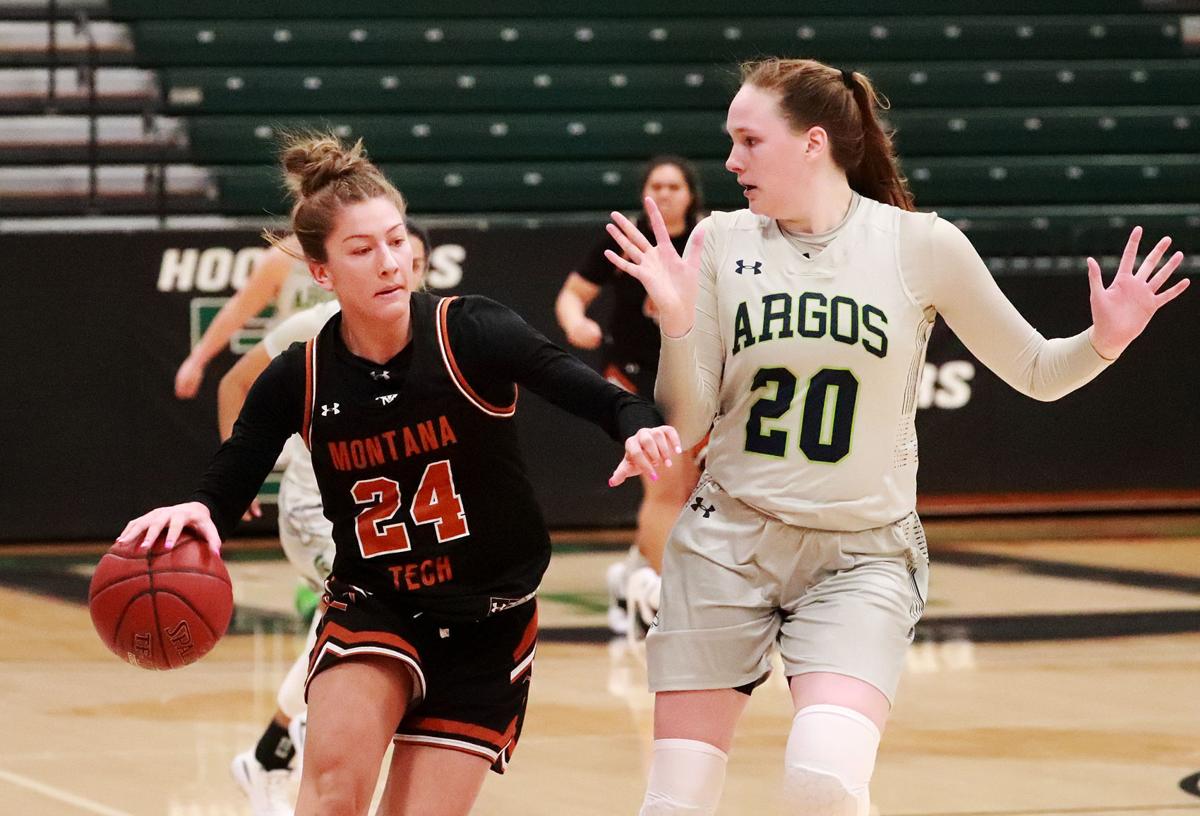 Tech's Tavia Rooney dribbles up the court during the third quarter of the Orediggers victory over the Argos in Butte last season. 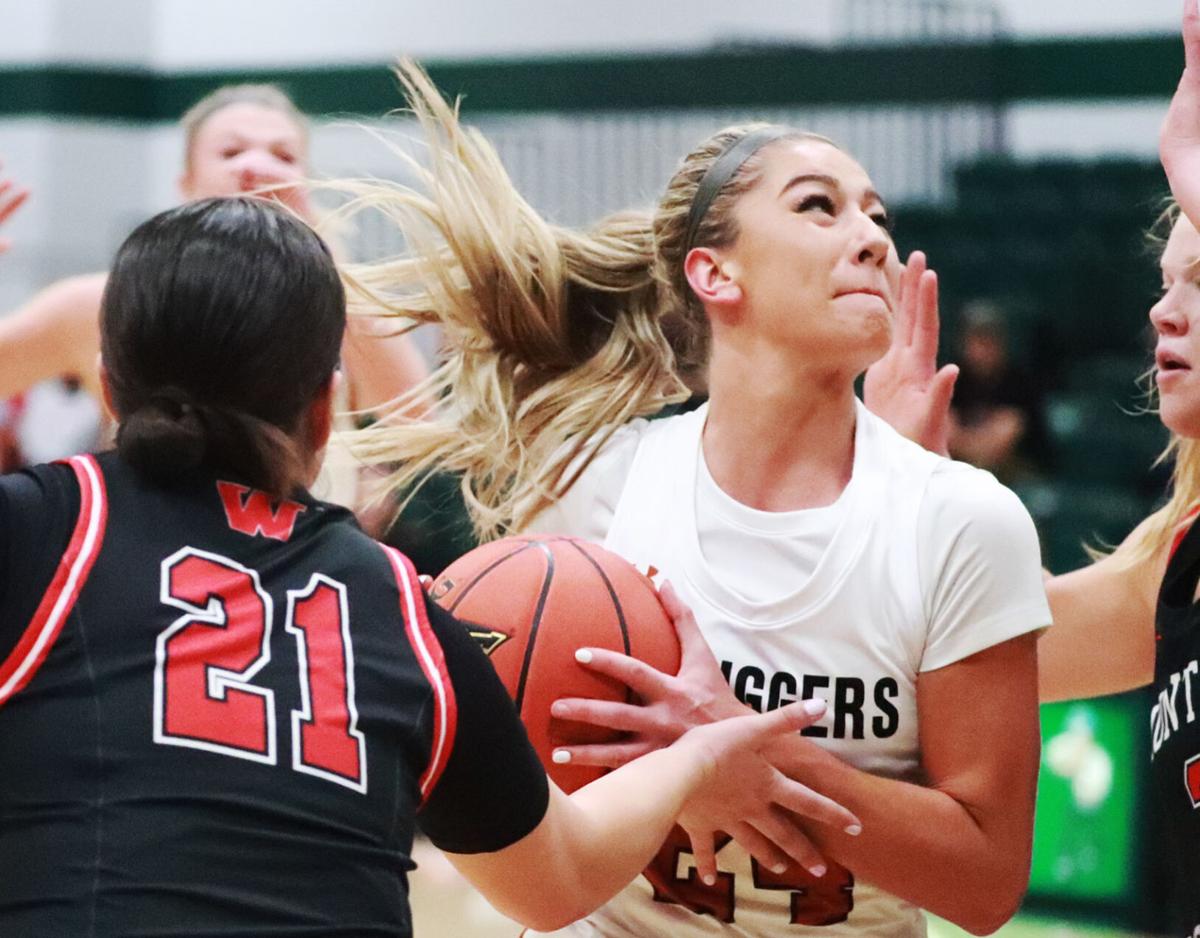 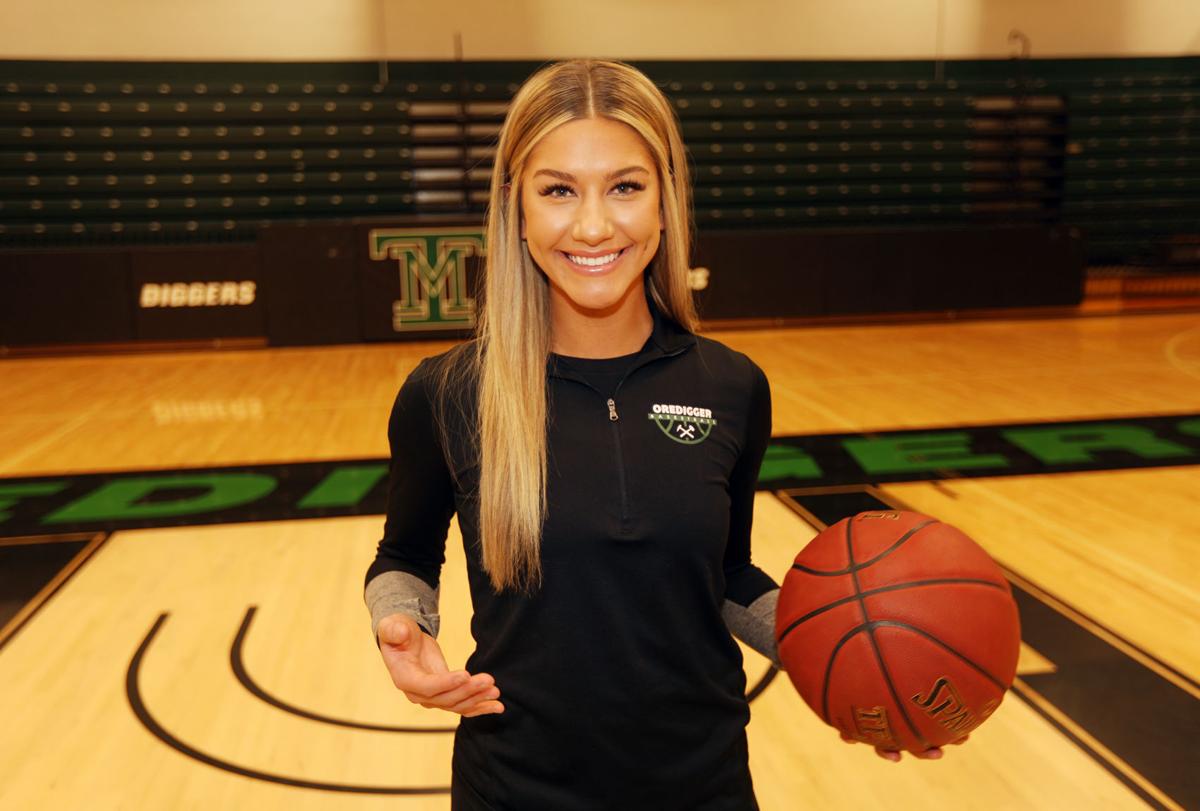 Montana Tech's Tavia Rooney is photographed on the court Jan. 6 as the team prepared to leave for an away game in Helena.

BUTTE — Montana Tech sophomore Tavia Rooney has shown a love for basketball ever since her childhood in Townsend. That same passion pushed her through an injury last season and back onto the court this year.

Rooney, the Broadwater High School standout, was a three-time All-State selection in high school and was named The Independent Record Player of the Year in 2017. She signed with Montana Tech in 2019, which she called a very easy and natural decision.

“I came here on a visit and it felt like home immediately,” Rooney said. “The coaches were good and the vibes were good. But once I met the professors I think that’s what did it for me. I knew I wanted to go into something health related and Tech has a great nursing program. It felt like where I needed to be.”

Named the Frontier Conference Freshman of the Year, Rooney made an immediate impact with the Orediggers. She played in every game of the 2019 season, started in 27 games and averaged 11 points. She carried the success from her freshman season into her sophomore year before a challenge presented itself.

Rooney was playing one of her best games last season when she injured her ankle coming down from a layup. She left the floor midgame and missed the remainder of the season.

“We were only five games into the season. I went up for a layup and came down with all my body weight on my ankle,” Rooney said. “It was a really long recovery. It was a six-month recovery with no surgery. I just had to rehab the heck out of it.”

While she avoided a break or other serious injury, she had irritated previous ankle injuries she had acquired over time. But with her weakened ankles, she knew that if rehabbing did not work she would need surgery to get back to basketball form.

With the help of the Montana Tech staff, Rooney’s rehab consisted of rebuilding muscles around her ankle. She said the process was challenging because many muscles had to be worked that typically do not get much attention.

“The trainers were awesome. I would go in for rehab every day just working hard and doing what I can,” Rooney said. “You can’t tighten some of those ligaments and muscles without surgery so I had to build them back through working them out. It was a long process but my ankle feels good now.”

Even though the rehabilitation process was lengthy and difficult, the decision to pursue it was easy according to Rooney. She said her love for the game drove her to continue playing, but she also felt she had something to prove after her successful freshman season.

Rooney was cleared to play in June 2021 and has been effective so far this season. Her scoring, rebounding and gritty effort earned her a Frontier Conference Player of the Week honor in November 2021.

“I wanted to prove more after my freshman season; I was hungry for more,” Rooney said. “I wanted to do it for my team. It was exciting to get the player of the week because I couldn’t last year. It showed me the six months of recovery paid off and I can still do it.”

As a team, Rooney said the result of last season was not what she expected. Her goal this year is to use her abilities to help push her team to an improved season and possibly a Frontier Conference championship.

For Montana Tech coach Carly Sanon, she said Rooney’s athleticism and effort was missed last year. But the fight she has shown and the extra year of eligibility she was granted due to the pandemic could help the Orediggers find success this year and beyond.

“She’s a fun player to coach and we missed her last year,” Sanon said. “Having her back has added to our rebounding, she’s had several double-doubles this year. She’s still getting back into it but she’s settling into a good tempo.

“She’s a big part of our team. I look forward to her continuing to gain confidence as the season goes.”

Raised by his brother during the South Sudanese Civil War, John Dhuol's search for education, basketball and peace took him to five countries on two different continents.

Tech's Tavia Rooney dribbles up the court during the third quarter of the Orediggers victory over the Argos in Butte last season.

Montana Tech's Tavia Rooney is photographed on the court Jan. 6 as the team prepared to leave for an away game in Helena.