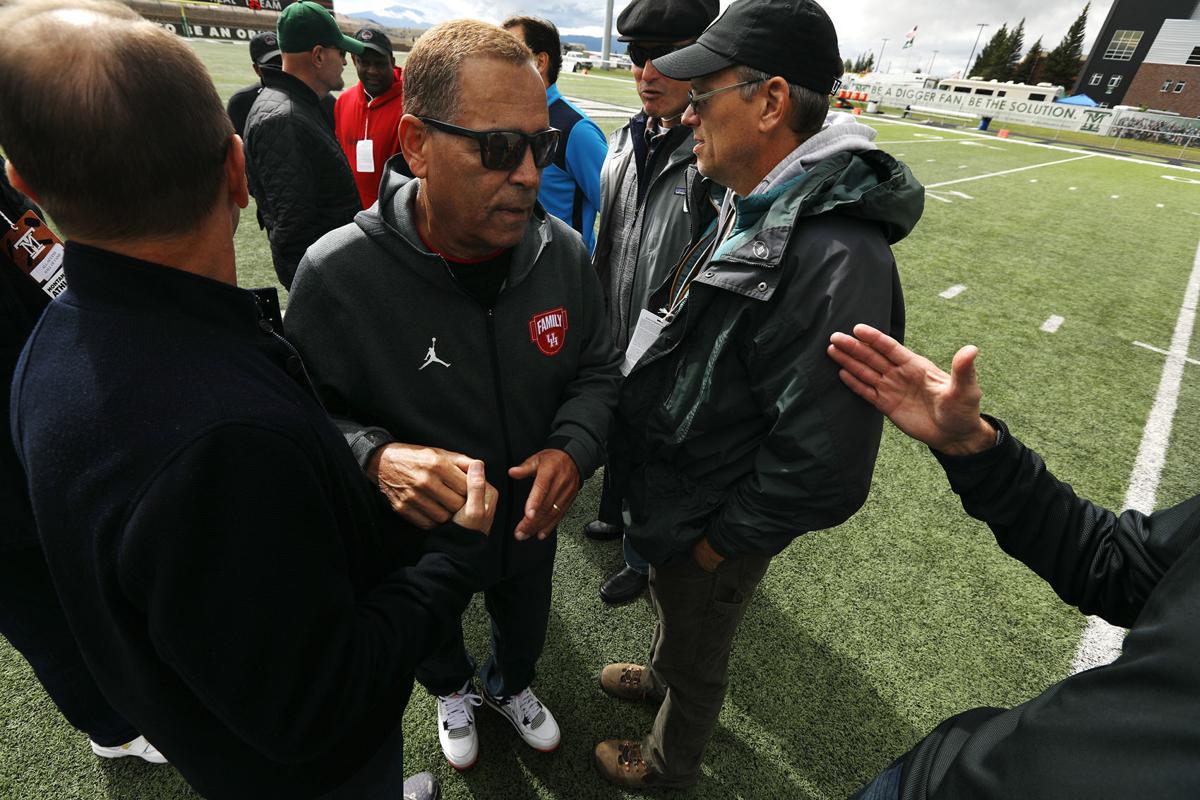 BUTTE — While many were celebrating the new year, 25-year-old Kelvin Sampson took on his first head coaching role in 1981.

With only five players left on the Montana Tech roster, Sampson was asked to rejuvenate the program mid-season, a program many had already given up on.

Sampson not only refilled the 1980-81 roster, but led the Montana Tech Orediggers to multiple conference championships and a run of success the program has not seen since.

“I think he’s the same kind of coach now as he was then,” said Joe McClafferty, who played under Sampson at Montana Tech. “It was a program built on mental toughness.”

Forty years later, Sampson has coached the Houston Cougars through a pandemic, past four NCAA Tournament teams and into the 2021 Final Four. The No. 2 seeded Cougars face No.1 seeded Baylor on Saturday, a contest certain to require mental toughness from the victor.

Success has not come by coincidence for Sampson, though. A unique attitude toward training was key to Sampson’s Montana Tech teams, according to McClafferty.

“We thought a lot of it was crazy at the time. We used to jump rope with these massive ropes that you’d tie a yacht up with,” McClafferty said, who laughed upon recollecting stories. “We used to do things called bench jumps, we’d do slides across the lane with bricks in our hands.”

“The thing was, you always had to beat your previous, always,” McClafferty continued. “He was not tolerable of not improving. You needed to improve consistently in his program, and he’d let you know if you didn’t.”

Sampson also faced early adversity this season with Houston, taking bad losses against East Carolina and Tulsa. But after their final regular season loss against Wichita State in mid-February, the Cougars found their rhythm and have not lost since.

“We knew something was special about him, even back then,” McClafferty said. “He had this confidence about him and it made it seem like he knew everything in the world. The team he’s got now is a complete mirror of him. It’s defense, rebounding and toughness.”

The drive to improve shown by Sampson has never been limited to on-court training or coaching strategy. Sampson followed Fred Paulsen from Michigan State, whose coaching style drove many players to leave the Montana Tech program before Sampson took over.

Recruiting players to a losing team located in a small Montana city must have been a challenge for the then 25-year-old Sampson. Yet, he showed confidence and an emphasis on personal relationships, which helped build his teams and the mutual love between Butte and the Sampson family.

“I view coach Sampson as a cross between a brother and dad, even though he’s not much older than me,” McClafferty said. “He was so caring. As good of a coach as he is, he’s an even better person.”

After successful runs at Montana Tech and Washington State, Sampson became the head coach at Oklahoma in 1994. The University of Oklahoma held a parent-child basketball camp one summer, where Sampson extended an invite to McClafferty and his 10-year-old daughter.

Shortly after arriving at the camp, McClafferty ruptured his Patella tendon and broke his arm attempting a layup. McClafferty was rushed to a hospital for surgery, but the camp remained an enjoyable experience for his daughter, thanks to the Sampson family.

“Kelvin gets me off to the hospital for surgery, but they take care of Brianne (McClafferty’s daughter) for the whole week,” McClafferty said. “Brianne moved into the house with Kelvin’s daughter, she had a great camp experience and they did everything to get me back home.”

It had been more than 10 years since Sampson had coached at Montana Tech when the Oklahoma camp took place. McClafferty said that he was “not a good college basketball player”, yet Sampson showed family-like support.

McClafferty also said he has remained in touch with Sampson, talking every month via text message. But McClafferty and former athletes are not the only ones Sampson has remained connected to.

“He’s a part of your life once he coaches you forever,” McClafferty said. “We’re honored to have his name here on our court at Montana Tech, because he’s that type of person. If you meet him once he’ll remember you forever, that’s something you look for as a college athlete and he picked up on it very early in his career.”

Sampson has returned to Butte many times since his time as Montana Tech’s coach, most recently in 2019 where he accepted an Orediggers Hall of Fame induction. Sampson was also part of “Project Dreams”, the name given to the arena’s remodel project.

Montana Tech and the Butte community were seen as “where dreams began” according to McClafferty. With Sampson awaiting the biggest stage in college basketball after his difficult-yet-fruitful start with Orediggers, “Project Dreams” seems fitting.

“He started at Tech as an assistant, our financial guy helped him get other jobs to get by,” McClafferty said. “He came out here and took a risk, and he hasn’t forgotten. This is where his dream started.”

During his 2019 visit, Sampson told The Montana Standard that his first two years at Montana Tech taught him more about being a coach than any other point in his career.

“If you’re ever around him, there’s a charisma about it that you can’t explain, you just feel it,” McClafferty said.

Houston’s Quentin Grimes has reflected Sampson’s persona on the court, showing explosiveness and energy on both ends. Grimes has averaged 18 points per game this year and is expected to enter the NBA Draft this year.

The Final Four matchup between Baylor and Houston has been scheduled for Saturday at 3:15 p.m. in Indianapolis. Despite the distance, many in the Butte community will be watching Sampson and the Cougars, as he has reached yet another dream.

Family members were allowed at the Orediggers' spring game on Thursday, bringing the atmosphere at Rob Green Field one step closer to normal.

The Orediggers began a 15-day spring camp Friday to prepare for the season. It was the first time they have hit the field as a team since 2019.

Both Carroll track and field teams earned Frontier Conference Championships on Friday, marking the first time in more than three decades the league has crowned a champion.

Carroll won three of the four events held Thursday on day one of the Frontier Conference Championship Track and Field Meet at Vigilante Field.

Top-ranked Morningside too much for Carroll football in NAIA playoffs

Carroll’s 2021 spring season and run into the NAIA Football Championship Series ended with a 55-0 loss to No. 1 seed Morningside on Saturday.

SIOUX CITY, Iowa — The University of Providence volleyball team was ousted from the NAIA national tournament Wednesday with a three-set loss to top-ranked Jamestown (North Dakota).