HELENA — Could the race for the Frontier Conference Championship be any tighter? No. Heading into the final two weeks of the regular season, both College of Idaho and Rocky Mountain College are tied atop the standings at 6-2. Montana Western follows just a game back at 5-3.

If the season ended today, the Yotes and Battlin’ Bears would be crowned Frontier co-champs and Rocky Mountain would be awarded the conference’s bid to the NAIA Football Championship Series as it holds the head-to-head tiebreaker over C of I with a 33-30 win on Sept. 4.

As the end of the regular-season approaches and the possibility of multiple teams tying atop the standings grows, here is an important reminder. Teams that tie for first in the conference standings will be awarded co-champion status (see the three-way tie from the spring). The tiebreaker is only used to determine which Frontier team (ranked inside the top-20 in the NAIA coaches poll) will represent the league in the playoffs.

The first two tiebreakers are as follows: head-to-head record among tied teams, then fewest defensive points allowed in conference games.

Frontier Conference in the polls

With the addition of Montana Western, three Frontier teams were represented in this week’s NAIA top-25 coaches poll. Rocky Mountain, the league’s highest-ranked team, fell four spots to No. 17 following a four-point loss to Montana Tech. College of Idaho jumped up six positions to No. 19, while Western entered the poll at No. 25 after a 63-7 blowout of Montana State Northern on Saturday.

Conference Players of the Week

*DeLong also earned NAIA Player of the Week honors for his performance.

Rocky Mountain’s two losses this season have both been to Tech. The Lights played one of the league’s best teams to a three-point contest in September but will enter the weekend after allowing 63 points to Western.

Despite scoring a season-low 17 points against the Orediggers, Rocky Mountain is still averaging better than 33 points per game and more than 400 yards of offense.

The Battlin’ Bears should roll in a home game.

Eastern Oregon is struggling. A 34-27 loss to Carroll handed the Mountaineers their fifth-straight loss and dropped them firmly out of the title hunt. College of Idaho is still very much alive in that race, and is currently tied for the league’s best record at 6-2.

The Yotes probably need to win out to not only have a shot at the Frontier championship outright, but to also make an appearance in the playoffs. A home game against a down EOU team is up first.

Carroll has scored 34 points in each of its last three games. Only two of those were wins, but over the Saints’ last five games, their offense has averaged 32.6 points per contest. Quarterback Jack Prka threw for a career-high 286 yards and three touchdowns in last Saturday’s win over EOU while the defense held the Mountaineers to 261 yards of offense.

Southern Oregon is coming off a two-point loss to C of I and now must hit the road to face a team that likely is not too happy with how the last matchup between these two programs ended up (34-33 SOU win).

Bulldogs quarterback Jon Jund tossed five touchdowns in a rout of Northern last week. Tech took down the No. 1 team in the league -- again. Western is fighting to keep its postseason hopes alive and needs some help to force a potential tie atop the standings. That means Western needs to take care of business, and the Bulldogs will get two homes to wrap up the regular-season to do so.

Western took the first matchup between these two programs 45-21 in late-September and should complete the season sweep with a two-score victory this Saturday.

Email Daniel Shepard at daniel.shepard@406mtsports.com or find him on Twitter @IR_DanielS.

There is a new first-place men’s team atop the Frontier Conference standings. Montana Tech handled Carroll 73-58 on Saturday afternoon.

Eight Frontier Conference games are in the books and seven remain. Montana Tech leads the men's league standings, while Rocky Mountain and Providence are still tied atop the women's standings. 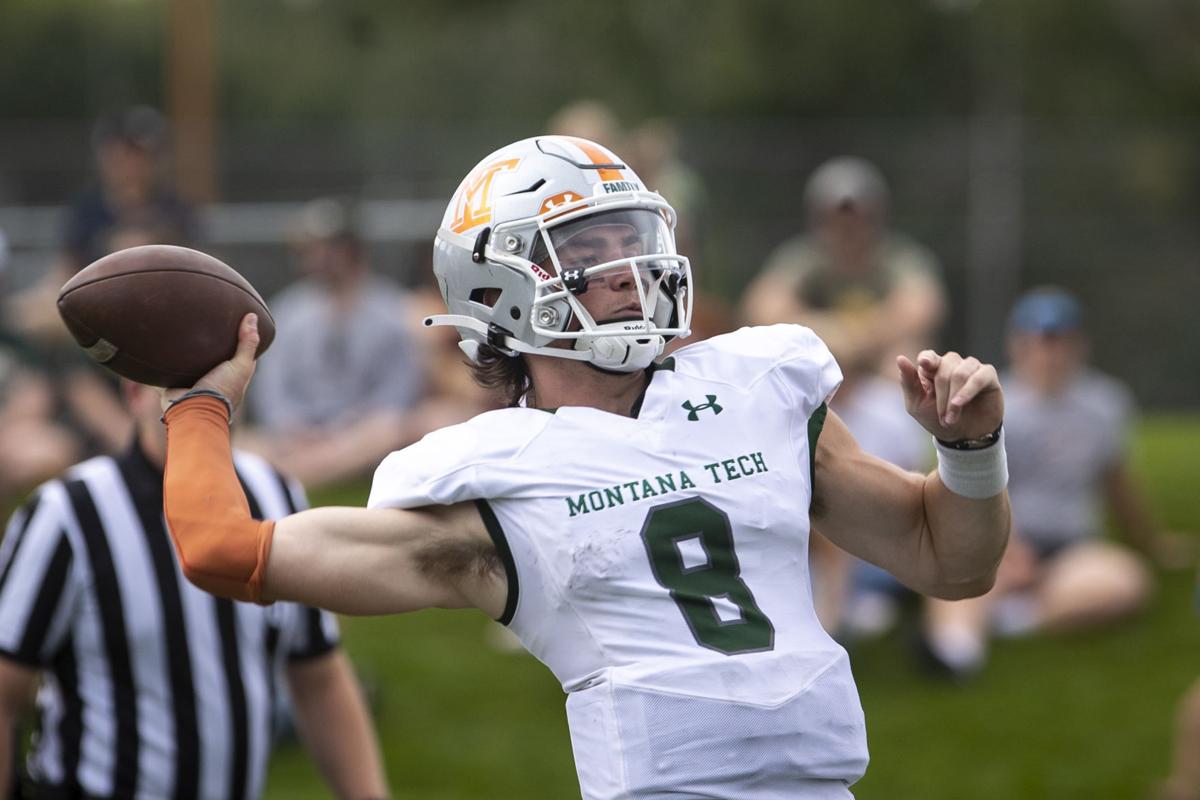 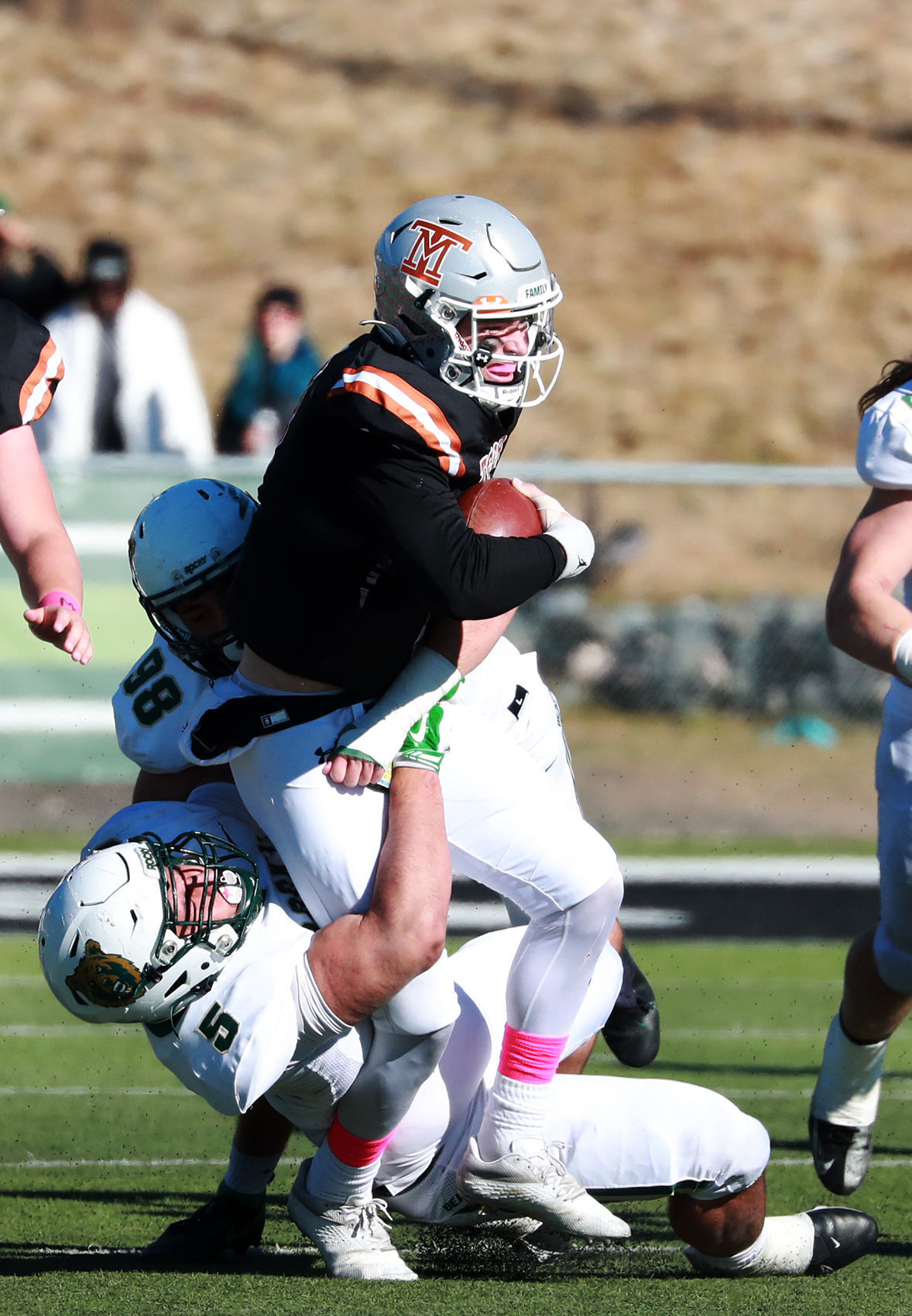 Montana Tech quarterback Jet Campbell is brought down by Rocky defensive linemen Ethan Hurst and Dylan Beridon during the first half of Saturday's game in Butte. 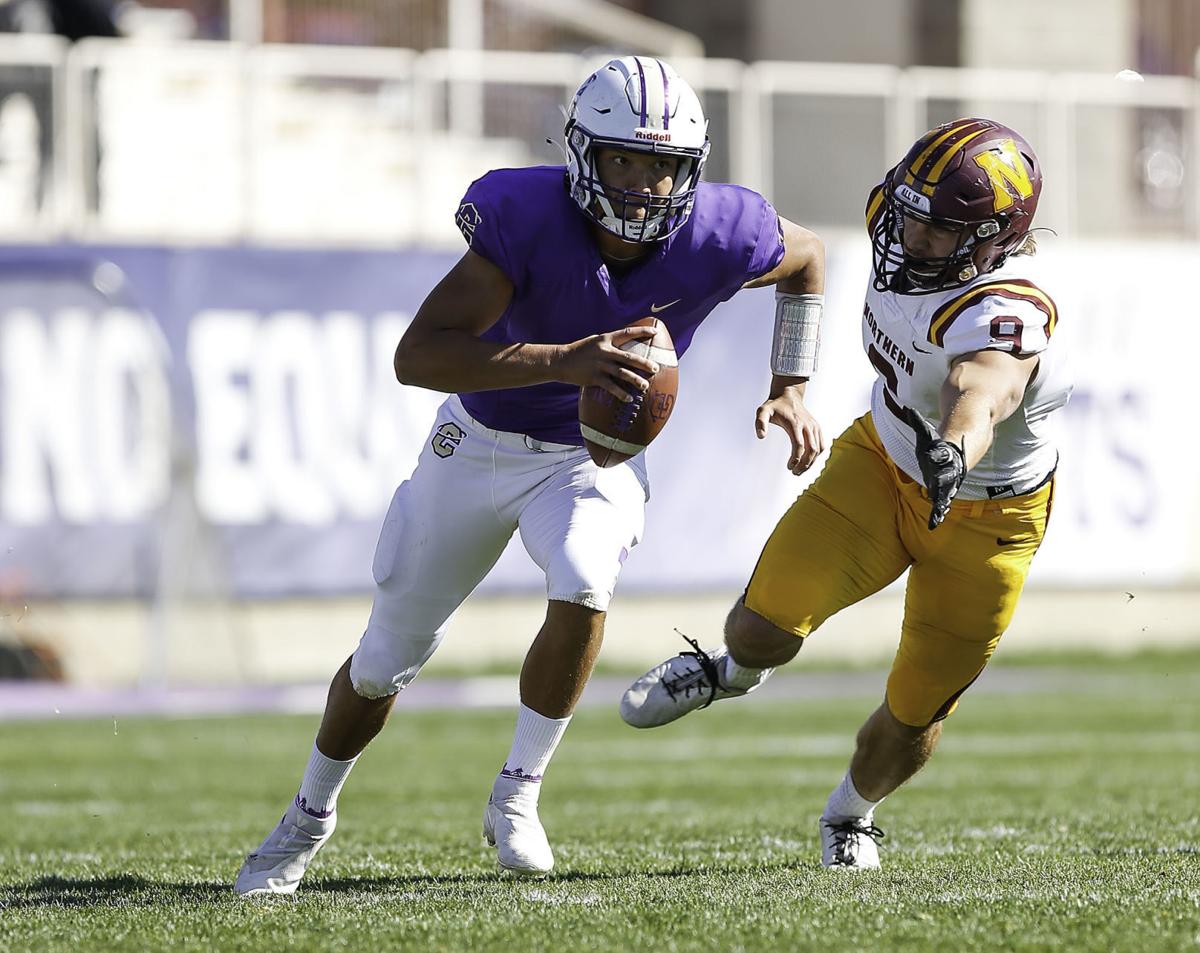