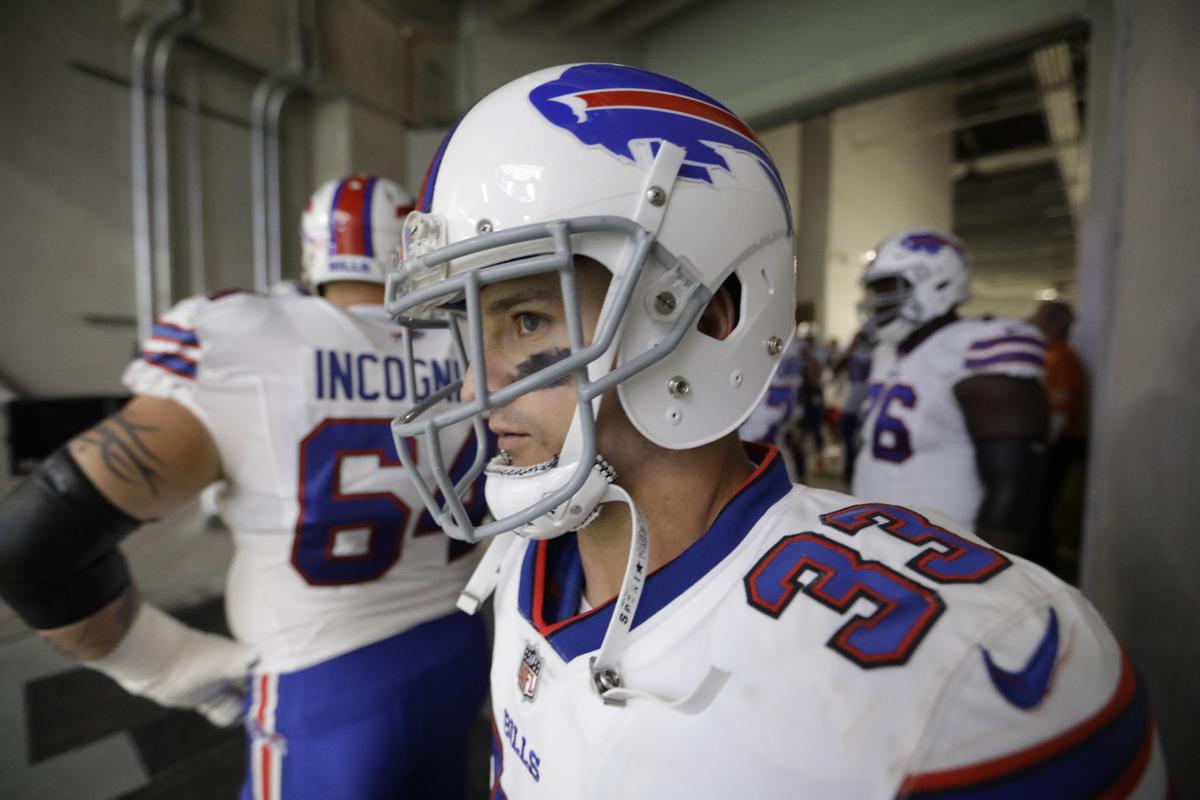 Former Griz great Colt Anderson, shown here with the Buffalo Bills, heads out of the tunnel before a game in 2018. 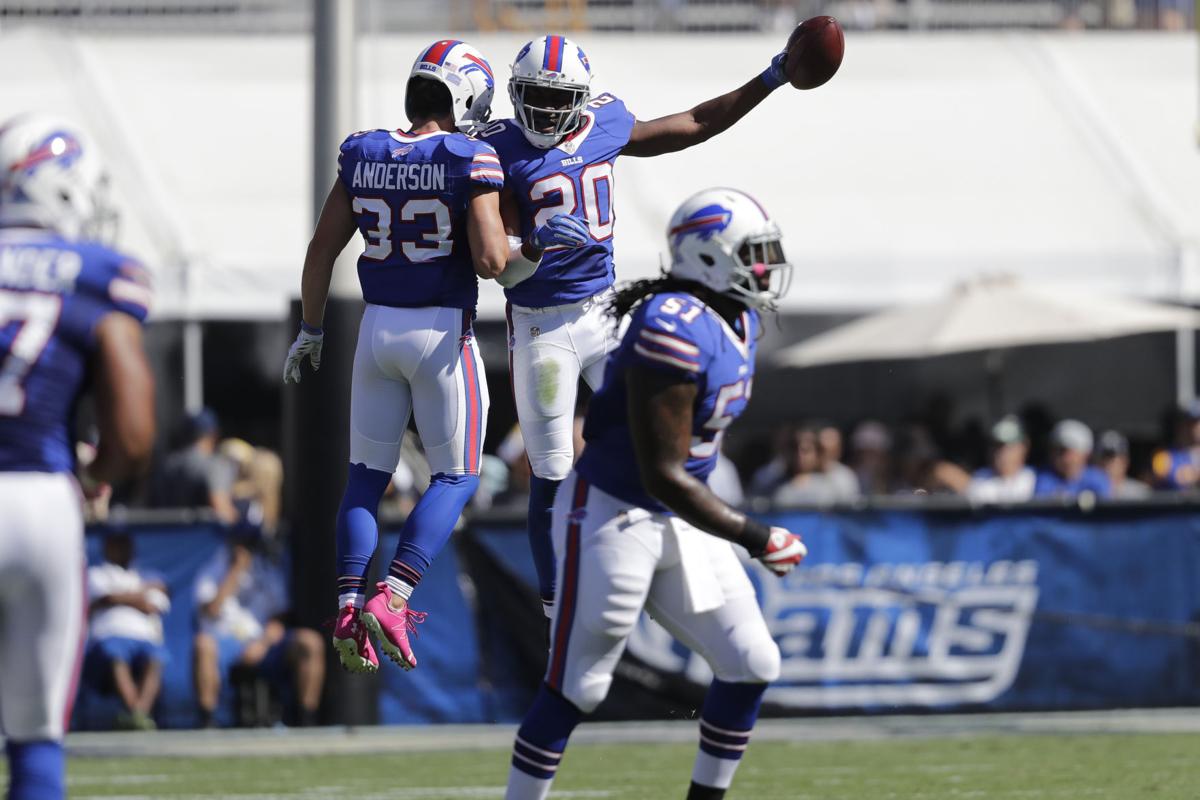 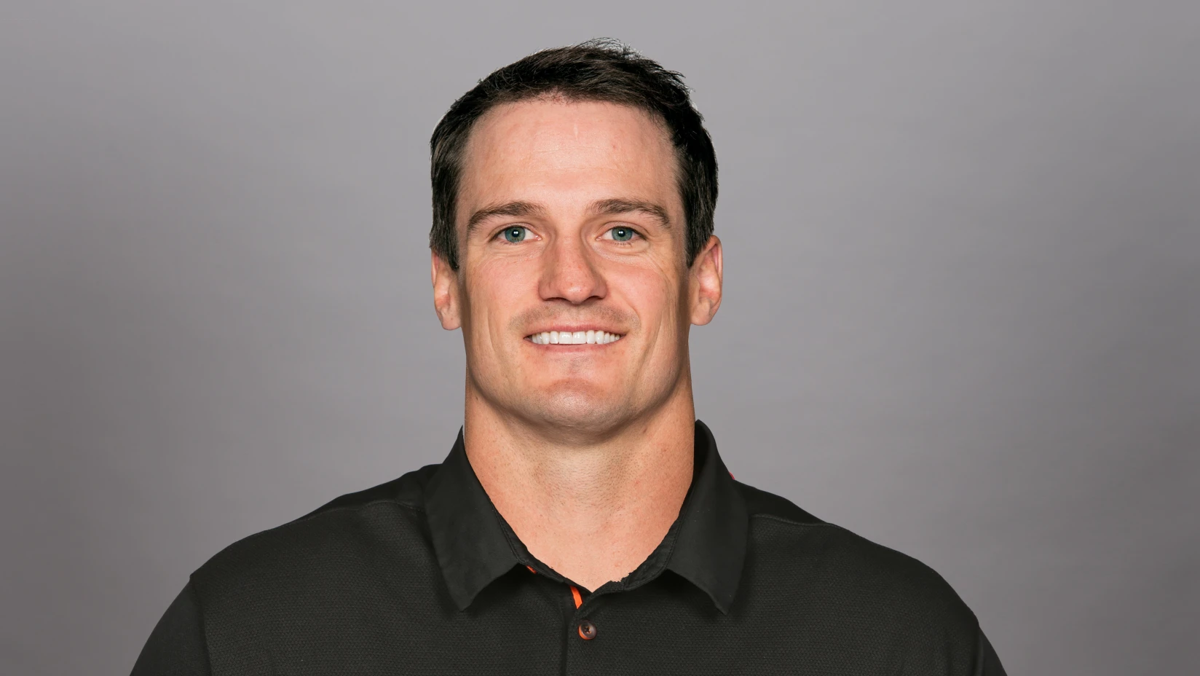 MISSOULA — Colt Anderson often thought he would get involved in football coaching at some point following his playing career with the Montana Grizzlies.

That’s why the Butte native who was recently hired into the NFL got his secondary education license while majoring in business at UM. If a pro playing career never took off, he’d be able stick around football by going straight into coaching and teaching in high school.

“That was always my backup plan,” the 34-year-old Anderson said this week from his home in Butte.

Fortunately for Anderson, he went from a college walk-on to an All-America safety, got his shot in the NFL and stuck in the pro ranks for nearly a decade. He retired in 2017, took some time off from playing and began coaching his kids’ flag football teams.

Anderson then returned to Butte High, his alma mater, in 2019 as a volunteer coach for special teams and defense, helping the Bulldogs finish as the State AA runner-up. That experience rekindled his desire to be around the game and led him to seeking out a full-time coaching job.

“I coached this last year, and that really got that fire going inside me, and I said, ‘I really got to try this,’” Anderson recounted. “It’s a way for me to stay in the game. It’s different, but at the end of the day, it’s the same. We might spend a little more time on X’s and O’s, but you’re part of a team, and that’s a feeling that’s hard to replicate outside of football or sports in general.”

High school and college coaching were options, but Anderson wanted to challenge himself at the highest level, dreaming big and using the drive that helped him to a prolonged playing career primarily on special teams. He was looking around the NFL for an opening and ended up applying for an assistant coaching job with the Cincinnati Bengals.

Anderson had connections to others within the organization from his playing days and got some good words put in for him. He thought he was passed over for someone else when there was a lengthy delay after his interview, but he ended up being hired in late January to work under second-year head coach Zac Taylor, whose team went 2-14 last year.

“I’m a pretty competitive guy, and the NFL is the pinnacle, so if I’m going to coach, I’m going to try to coach at the highest level,” Anderson said. “I like what the NFL offers. You can talk to a lot of people, and there’d be a lot of pros and cons to coaching at each level. I’m just extremely blessed to get an opportunity to coach at the highest level.”

It’s fitting Anderson will coach special teams because he excelled in that role in the NFL while being a backup safety. He had first learned about the importance of special teams in high school when Butte coach Greg Salo stressed that phase of the game. He continued to develop and learned to take even more pride in special teams while playing for head coach Bobby Hauck at UM, earning a scholarship and starting role for the Griz while becoming a three-time All-Big Sky selection.

With the Bengals, Anderson will be working with the gunners on punt coverage, the safeties and corners and punt return, the deep returners on kickoff return and the two outermost players on kickoff. He’ll also be responsible for handling field goal block.

Anderson will be working with special teams coordinator Darrin Simmons, who’ll be beginning his league-high 18th season in that role. It’s a beneficial opportunity for him to implement what he learned as a player while growing his coaching capabilities.

“I still have a lot to learn,” Anderson admitted. “I’m just trying to be the best I can for the team and try to help these guys develop into good players on and off the field. I’m not sure exactly what I want to do, other than be the assistant special teams coach right now.”

Anderson had a lot of experience on special teams during this playing days, which began in the pros when he signed with the Minnesota Vikings to join their practice squad as an undrafted free agent in 2009. He later played for the Philadelphia Eagles, Indianapolis Colts and Buffalo Bills, collecting 109 tackles, two fumbles and one interception in 84 games and seven starts.

On kickoff coverage, the 5-foot-10, 194-pound Anderson played all 10 positions other than kicker. He was a front-line guy on kickoff return. On punt coverage, he was a gunner and personal protector. And he was safety or left guard on punt return.

“I’ve always thought about which avenue I’d take in coaching,” Anderson said, “and I made my mark in the NFL as a special teams player and a backup safety, so it just made sense to go the special teams route right now.”

Anderson has been working at home in Butte since mid-March, when the NFL shut down all in-person activities because of the coronavirus pandemic. He had moved to Cincinnati when he was hired, was there for about six to eight weeks but returned to Butte to join his wife Keelie and three kids — 8, 7 and 2 years old — who were going to join him in Cincinnati in August after finishing up the school year in Montana.

Anderson and other coaches have been working remotely for over a month and will continue to do so for an undetermined time. The NFL is re-evaluating the situation every two weeks, Anderson said, and no teams can return to their facilities until all 32 teams can do so safely.

The work has included two hours of classroom time with players for four days each week, holding meetings focused on special teams, each position group and either the offensive or defensive side of the ball. The NFL Draft prep work and three days of selecting players last week was also done virtually, with Anderson providing his input on the special teams value of players that the Bengals, who took LSU quarterback Joe Burrow No. 1 overall, were looking at potentially drafting or signing afterward.

He's looking forward to getting back to Cincinnati with his burgeoning new journey on tap. But even as he and his family will soon depart Butte, an important part of him will remain behind: the Colt Anderson Dream Big Foundation that he and Keelie launched in 2017.

“It’s really empowered kids to dream big and that anything is possible with hard work, dedication and commitment, and that’s been fun,” Anderson said, noting he’s not yet sure if this year’s event will take place because of the coronavirus pandemic.

“We give scholarships and grants to kids and teachers in our community to motivate them and give them incentives to keep going. I was that kid at one point here in Butte that had dreams and aspirations. Without the support of the community, I don’t know if I could’ve got where I’m at.”

BUTTE — After a successful stint in Butte, Derek Selvig has his first head coaching job.

The Montana football team was supposed to kick off fall camp today. Instead, the Griz gathered at Washington-Grizzly Stadium to talk about the Big Sky Conference season being postponed to the spring. A look into what that scene was like:

NCAA Board of Governors allows each Division to decide about fall championships, sets Aug. 21 deadline

The NCAA is leaving the decision about fall sports championships up to each Division and set their deadline as Aug. 21.

MISSOULA — The NCAA Board of Governors left the future of fall sports championships idling in uncertainty following its Tuesday meeting.

MISSOULA — A three-sport star for Whitefish High School, life got a lot tougher for Ashley (Ferda) Smith when she joined the Montana Lady Griz basketball team in the fall of 2008.

NCAA Board of Governors allows each Division to decide about fall championships, sets Aug. 21 deadline

The NCAA is leaving the decision about fall sports championships up to each Division and set their deadline as Aug. 21.

MISSOULA — A three-sport star for Whitefish High School, life got a lot tougher for Ashley (Ferda) Smith when she joined the Montana Lady Griz basketball team in the fall of 2008.

Montana gets its second commitment from a 3-star prospect in the 2021 recruiting class, this one coming from a defensive player out of Havre.

Former Griz great Colt Anderson, shown here with the Buffalo Bills, heads out of the tunnel before a game in 2018.