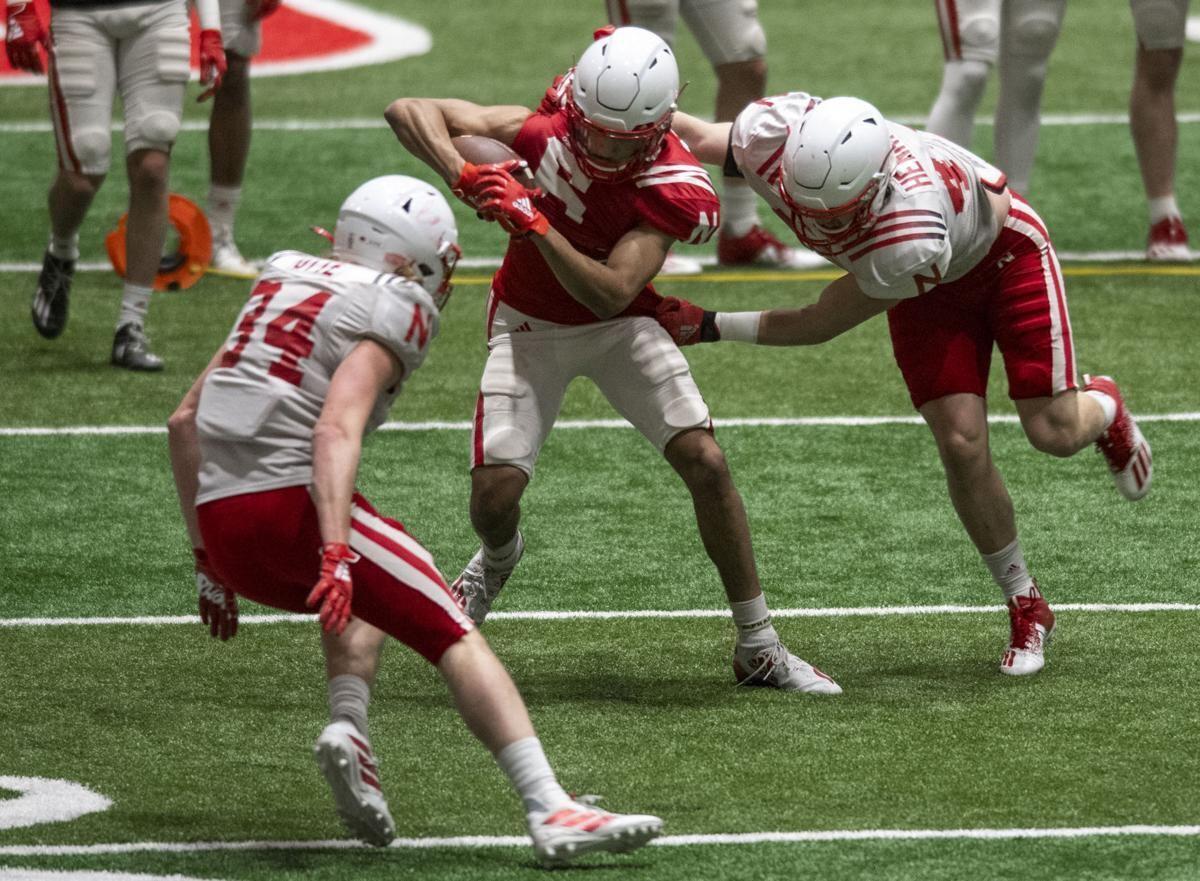 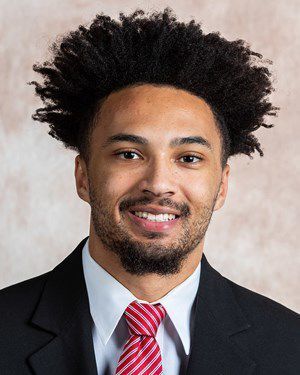 The Nebraska football program, at least in his eyes, doesn’t operate like one that’s struggled in recent seasons.

“When I came here and saw how everybody works, it was kind of surprising to me that they haven’t been more successful the past couple years,” the transfer receiver from Montana said Monday. “Everyone’s doing the right things. We’re working hard. Everyone has the right mentality. So I think it’s looking up. We just have to keep going.”

Cam Taylor-Britt, the standout Nebraska veteran corner, said he sees Toure becoming a leader among the team's wide receivers. The 6-foot-3, 190-pound Toure often is playing in the slot and has an excellent chance to start for the Huskers in 2021 as they try to reach a bowl game for the first time since 2016.

“He’s stepping up a lot,” Taylor-Britt said. “He plays with a different edge. He’s a quick guy.”

However, Taylor-Britt clearly feels Toure can reach another level in his overall play. Remember, Nebraska is just halfway through spring ball. Monday was the seventh of 14 practices leading to the May 1 Red-White Spring Game.

“I try to push him just a little bit more, just like I push Omar (Manning) or Alante (Brown) or Zavier (Betts),” Taylor-Britt said. “I go at him a little differently because I want to bring the aggression out of him. I don’t see it just yet. But I can see it coming.”

A native of Portland, Oregon, Toure is coming off a junior season in 2019 during which he put up outstanding numbers in the FCS, catching 87 passes for 1,495 yards and 13 touchdowns. In November of 2020, within an hour of entering the transfer portal, he had heard from Florida State, Miami, home-state Oregon and many more.

It all felt a little different for him than when he came out of high school and wasn't hearing from many big programs at all.

At any rate, it seems he found a good landing spot to finish his college career.

“So far it’s been everything I was kind of hoping for,” Toure told a group of reporters in his first session with local media. “It was a smooth transition.”

What exactly was he hoping for?

“Just a place that really needed me and had an opportunity for me to come in and step in right away,” he said.

He also sought an offense that fits his skill set as well as a veteran quarterback in whom he saw promise.

“That was one of my biggest things, I wanted to go somewhere that had a quarterback who was established,” Toure said. “I have a lot of trust and faith in Adrian, as we all do.”

As for what he’s experienced so far with Martinez, Toure said, “It’s been really smooth, honestly better than I expected. I would think that not until the end of spring ball would you actually get on the same page. But I feel since I’ve gotten here we’ve had some seven-on-sevens and got some extra work before spring ball. So as soon as spring ball started, we already were on the same page. It kind of clicked.”

He likes playing in the slot, a position he played as a freshman at Montana before a coaching change led to his move to the perimeter.

He likes the matchups he gets in the slot against linebackers and safeties.

He’s now part of a receiver group that isn’t loaded with experience, but there’s ample potential. Nebraska coach Scott Frost has said repeatedly he thinks he has the most talent at the receiver position since he arrived at NU in late 2017, when there were only four scholarship receivers left over from the Mike Riley era.

Fast forward to this spring. If Nebraska misses Wan’Dale Robinson (51 receptions in 2020) in its receiver corps, it masks it well. During Friday’s scrimmage, Frost said, the receivers corps enjoyed its best day as a group since he’s been here.

“That’s as deep a group as we’ve had, and there’s a lot of talent in that room,” said Frost, noting Toure made some big plays in the scrimmage.

“We have to make sure we have time for the quarterbacks to throw,” Frost said.

Stop and think about that comment in the context of Nebraska’s inability to consistently get its downfield passing game going last season.

Taylor-Britt said the offense has been taking its share of deep shots this spring.

“We’re actually running downfield having to cover,” he said, adding, “It just makes the defense respect you more.”

Asked which receivers show the most speed, Taylor-Britt said Manning, “has different gears where he can open it up.”

Manning arrived in town last summer but played in only one game last season.

Taylor-Britt also mentioned Brown and Betts as being burners.

And, of course, there’s Toure, who’s excited to show what he can do in Power Five football.

Things are definitely looking up for him — and for the program, in his opinion.

Look to the Chargers and Seahawks to make the playoffs