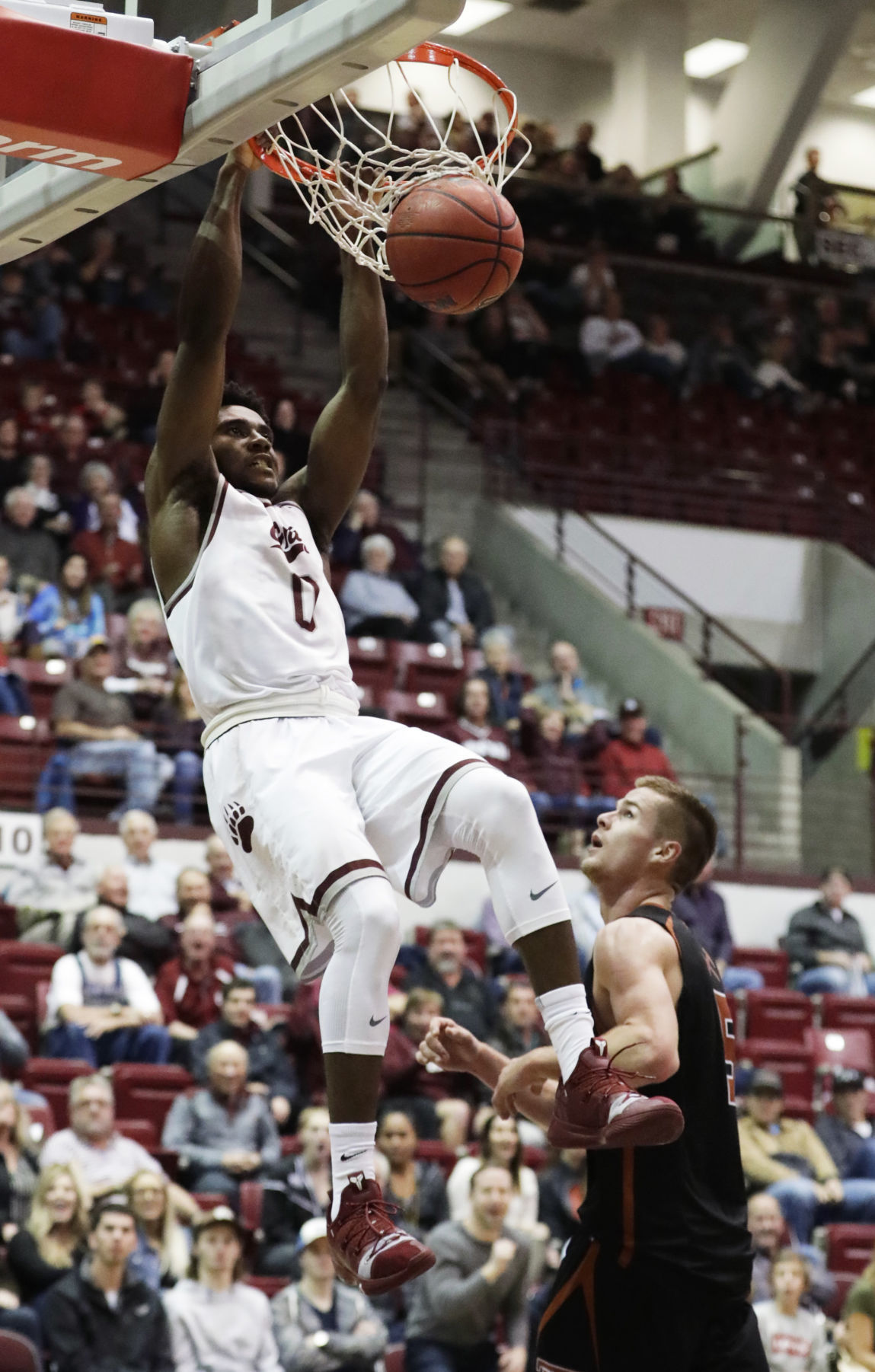 University of Montana guard Michael Oguine dunks the ball during the first half of the Grizzlies' game against Montana Tech on Monday evening at Dahlberg Arena. The Griz won 79-55. 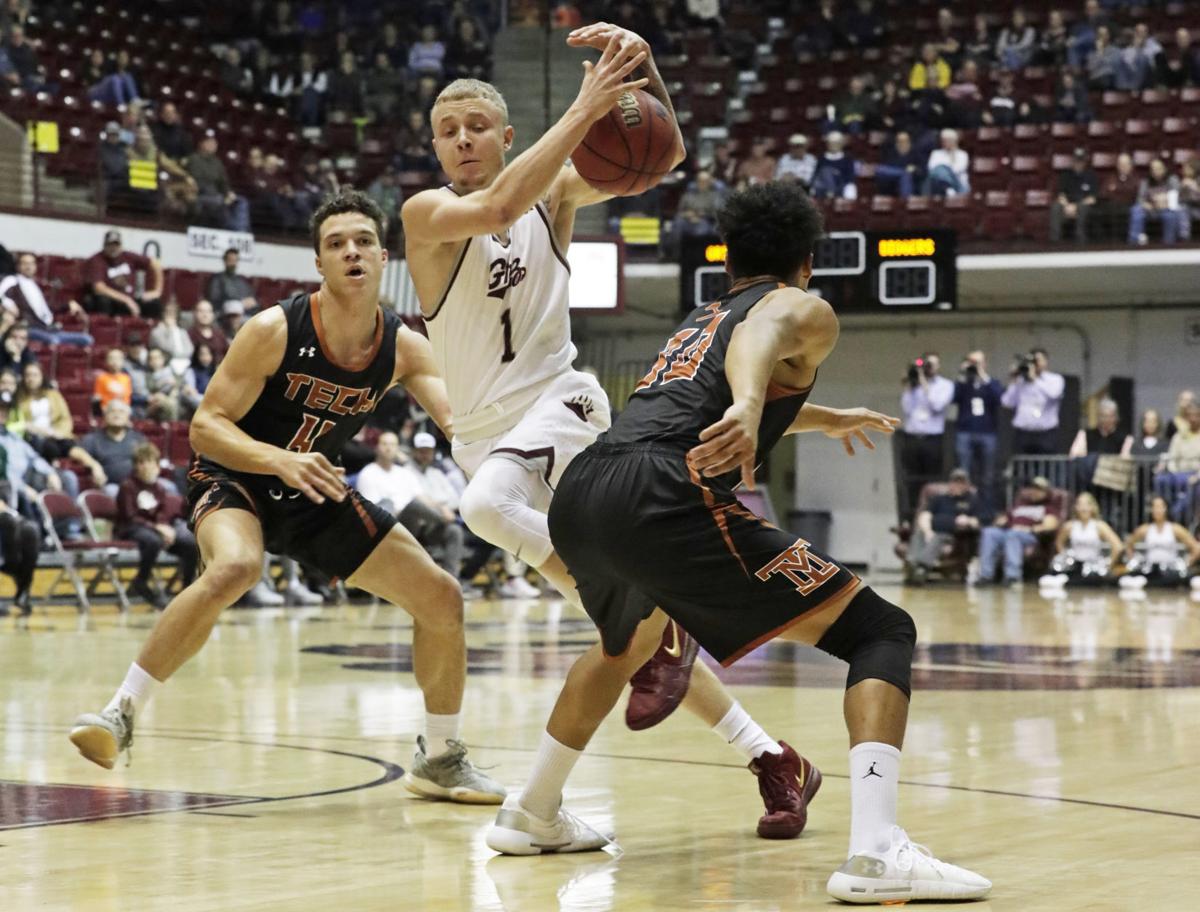 University of Montana guard Timmy Falls works around Montana Tech guard Christian Jones, left, and forward Derrius Collins as he makes his way down the court on Monday evening.

MISSOULA — Montana will trade the mid-20 degree weather for 80 and sunny this weekend when the Griz travel to Nassau in The Bahamas for the Islands of The Bahamas Showcase.

But first, UM had to get past Montana Tech on Monday night at Dahlberg Arena, and they did so rather handily, winning 79-55.

Ahmaad Rorie led the charge with 20 points, while Kendal Manuel came off of the bench to tally 17 for the Griz (2-0). After shooting 5 for 25 from 3-point range in last Friday’s opener against Georgia State, Montana finished Monday’s game 8 for 23. Rorie, Manuel, Donaven Dorsey and Timmy Falls each knocked down a pair.

“More rhythm looks,” head coach Travis DeCuire said. “Our first five shots Friday night were about as bad as they could be. It was the 10-minute mark before we even got an open shot uncontested. I thought we did a better job tonight of just getting good shots and therefore the percentage went up.”

Falls, a sophomore, made his first career start on Monday. He was replacing big man Jamar Akoh who was held out for precautionary reasons with a wrist injury. Falls finished the game with 10 points on 4 for 10 shooting and 2 of 6 from deep. He added three assists but allowed four turnovers.

“I thought (Falls) played well,” DeCuire said. “His turnovers probably came from trying to put a little too much on a couple of passes to some open guys. It was the right pass, it just didn’t get where it needed to get. I thought he was active defensively and made some things happen.”

With the game tied 11-11, you could see UM starting to get into its offensive flow a bit more. The Grizzlies ended the first half on a 19-4 run in the final six minutes. Rorie paced the Griz during that run, scoring all 11 of his first-half points then.

Out of the gates in the second half Montana began to turn it on, coming out on a 10-2 run and never looking back.

Manuel contributed 27 minutes off of the bench, shooting 5 for 5 from the field, including knocking down both of his 3-point attempts. Dorsey finished the game with 11 points and Sayeed Pridgett and Falls each contributed 10 points as well while guard Michael Oguine added seven points, five assists and four steals.

For DeCuire and Co., this game against Tech was all about finding ways to go forward and get better from the win over Georgia State.

“You just want to find areas of improvement,” DeCuire said. “One, offensive execution. Two, our attention to detail defensively. I thought we grew in some of those areas.”

Defensively, Montana forced Tech into 20 turnovers while only giving the ball away 12 times. DeCuire also said he was pleased with the shot selection his guys found and overall found improvement in both of those aforementioned areas.

Tech sophomore Derrius Collins, a Missoula Hellgate grad, started the game and led the team in scoring with 10 points. The game counts as an exhibition for Tech (5-1), so their win-loss record is not affected.

Next for Montana is The Bahamas, another early test for this squad. Montana will open the tournament on Friday against Incarnate Word at 9 a.m. The Griz will play three games in three days, Friday through Sunday.

“It’s a mid-major pool, so a lot of teams like us,” DeCuire said. “For us, we have to find a way to be fresh going into the first one and it's one game at a time at this point.”

Kyle Hansen covers Griz men's basketball and more for the Missoulian and 406mtsports.com. Email him at kyle.hansen@406mtsports.com or follow him on Twitter at @khansen406

NBA Finals: What is the best result for the books?

The former Missoula Big Sky standout and Stanford Cardinal will make a return to Missoula next season.

Isiah Childs is driven by his desire to succeed, both for himself and for his family, which led him to transferring from Akron to Montana for football.

The University of Montana athletic department and the Grizzly football program are mourning the loss of former Grizzly defensive lineman Jesse Sims of Stevensville, who passed away following an ATV accident Saturday morning.

Teammates, coaches and others share memories about Jesse Sims, the Montana native and former Grizzly football player who died over the weekend.

DeAri Todd feels he has untapped potential, and the grad transfer from Michigan State is hoping to fulfill that potential on the football field at Montana this fall.

The Montana men's basketball team added wing Scotty Washington to the roster after the California product announced his commitment via Twitter.

University of Montana guard Michael Oguine dunks the ball during the first half of the Grizzlies' game against Montana Tech on Monday evening at Dahlberg Arena. The Griz won 79-55.

University of Montana guard Timmy Falls works around Montana Tech guard Christian Jones, left, and forward Derrius Collins as he makes his way down the court on Monday evening. 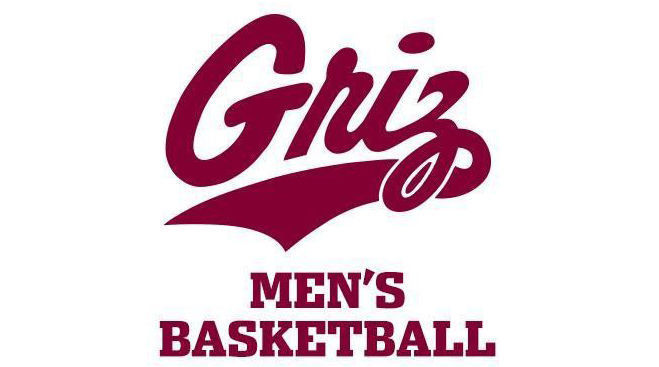