MISSOULA — Garrett Graves feels like he’s finally found his home — and it’s on the defensive side of the football for Montana.

The Eureka grad and fourth-year sophomore has made the first three starts of his career the past three games at safety after he came to UM on offense. He was recruited as an athlete, started off as a quarterback, and played some running back in 2018 and wide receiver in 2019 while starring on special teams.

Graves has shown his next-man-up ability when he’s gotten his chances this fall. In his first start, he had a game-high 11 tackles and has shown his good closing speed and open-field tackling ability. He still contributes on punt coverage and kickoff return.

“You kind of owe it to the guys in the locker room to be ready and go perform as best you can,” UM coach Bobby Hauck said. “He’s done a good job. He’s done a nice job. He’s playing hard.”

Graves sat down with 406mtsports.com to discuss his divergence to defense.

Q: How has the transition from offense to defense gone for you?

A: “I bounced around from a few roles on offense. That’s always been my mentality is to be ready to step up wherever I was needed. I came in as an athlete and wasn’t coming in expecting to play any specific position. Defense is definitely a lot different running backwards. (laughs) I have to learn a new defense. I think mentally that was the toughest part for me. Physically, I played a little bit of defense in high school.”

Q: Who has helped you the most with the transition?

A: “The whole secondary has been accepting of me. Gavin (Robertson) and Robby (Hauck) are very veteran starters. They teach me a lot. Even though Gavin is sick, he’s still been giving me pointers. Coach Shann (Schillinger) has been a great coach for me, taught me a lot. Even some of the younger guys like Ryder (Meyer) and David (Koppang) have helped me because they’ve been there longer than I have. I still have a lot to learn because this is my first year on the defense. I’m trying to get up to speed as much as I can. It’s been a positive push in the room.”

Q: The mentality of being ready to step up at any time, where did you learn that?

A: “I think the main thing that comes from is my love for playing football. In high school, I played a lot of positions as well. When I came here, I just wanted to be a Griz, and I wanted to win so bad. If I can help the team win, whether that’s playing left bench or left tackle, I don’t care as long as I’m helping the team win. That’s my favorite part of football is there are 11 positions that all work together, and if you’re not together as a team, you’re not going to win.”

Q: How much did playing on the offensive side in high school and college help you on defense?

A: “I benefited from that knowledge by understanding what offenses were trying to do to us, so that helped a lot. I think being on the defensive side of the ball and knowing how you’re going to attack offenses and seeing their alignment pre-snap and understanding what an offense is going to try to do, it helps me disguise our defense a little bit. Just knowing football helps you in any position, special teams as well, so having that diverse knowledge comes in handy, maybe in ways I can’t even recognize right now.”

Q: How different is it studying film from the defensive side?

A: “Every time I’d watch a game on TV, I was watching the offense and what they were doing. Now, I find myself kind of getting upset that the TV isn’t showing the defensive back’s footwork. I’m trying to see the safeties, and they’re cut off the screen. It’s definitely a big change. College football is an offensive game. It’s tilted toward allowing the offensive players to not be roughed up as much. It’s hard to play defense. It’s kind of a fun little challenge from the other side.”

Q: What does it take to play safety in this defense?

A: “I think to play any position in this defense you have to have an immense amount of hustle and an immense amount of work ethic. I think that’s expected from every level, from the defensive line to the corners. I think being at safety, you’re expected to have a high level of knowledge of the game. You’re a big communicator on the field and then we play fast as a defense. We have a lot of speed on our defense, and that’s something that’s needed at the safety position is playing fast. You've got to be physical to play on defense. Period.”

Q: So, was going from being passive on offense by taking hits a hard transition to being active on defense by giving out hits?

A: “Not necessarily. I think practicing is different. When you’re on offense, you don’t hit as much. On defense, we’re still hitting and fitting people up. So, just changing pace in practice was big. I really liked hitting on offense and hitting on special teams. I love coming out and laying the pads. That’s something for me that was natural from playing special teams is you’re basically playing defense. Definitely working on my tackling form was something that was big, but I like the physicality, which I think is why coach likes me on this side of the ball because I have that physicality and hustle aspect.”

Q: So, do you feel like you’ve finally found your spot on this team at safety?

A: “I do. I feel like this is a good, natural spot for me. It fits me physically. I enjoy playing with the guys I’m playing with. I really think it’s working well with coach Shann. I always say I’m ready to play wherever I’m needed, even if they need me back on offense again. Right now, I love playing at safety, and I would be happy to stay here.”

Braxton Hill, a Montana sophomore and Anaconda native, is making an impact for the Griz on defense and special teams heading into his first playoff game.

Montana is heading to the FCS playoff quarterfinals after blasting Eastern Washington.

Montana is heading to James Madison for the FCS playoff quarterfinals.

Five things to watch: It's 'do or die' as Montana opens playoffs by hosting Eastern Washington

Here are five keys to the game when Montana hosts Eastern Washington in the second round of the FCS playoffs on Friday night in Missoula.

Cam Humphrey's journey of perseverance can be viewed through three different rushes he had this season.

The 48th meeting between the Montana and Eastern Washington football teams on Friday night may be the biggest of them all.

The Grizzlies found a way Friday by changing the very nature of the contest in the second quarter. They turned a game of tag into a wrestling match.

Eastern Washington beat writer Dan Thompson shares some great insight about the Eagles heading into the playoff rematch with Montana almost two months after they beat the Griz in Cheney, Washington.

Montana vs. Eastern Washington: Eagles players to watch in 2nd round of FCS playoffs

Here are the Eastern Washington players to watch when Montana hosts the Eagles in the second round of the FCS playoffs on Friday. 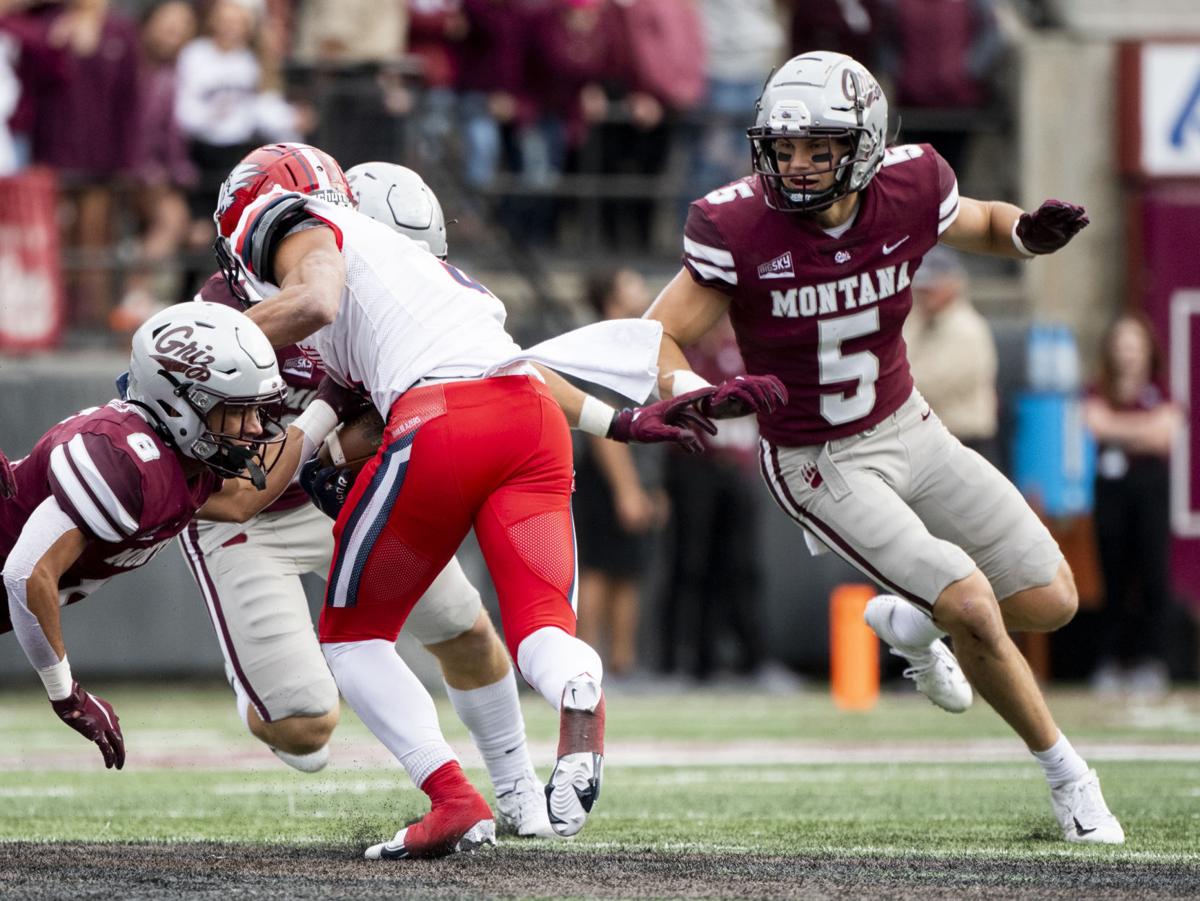 Montana sophomore safety Garrett Graves (5) looks to make a tackle during the Grizzlies' 31-14 win over Dixie State on Saturday at Washington-Grizzly Stadium in Missoula. The Eureka grad has started the past three games on defense after he began his UM career on the offensive side of the ball. 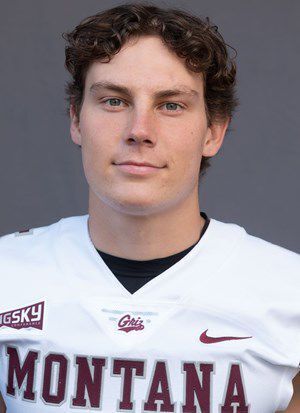