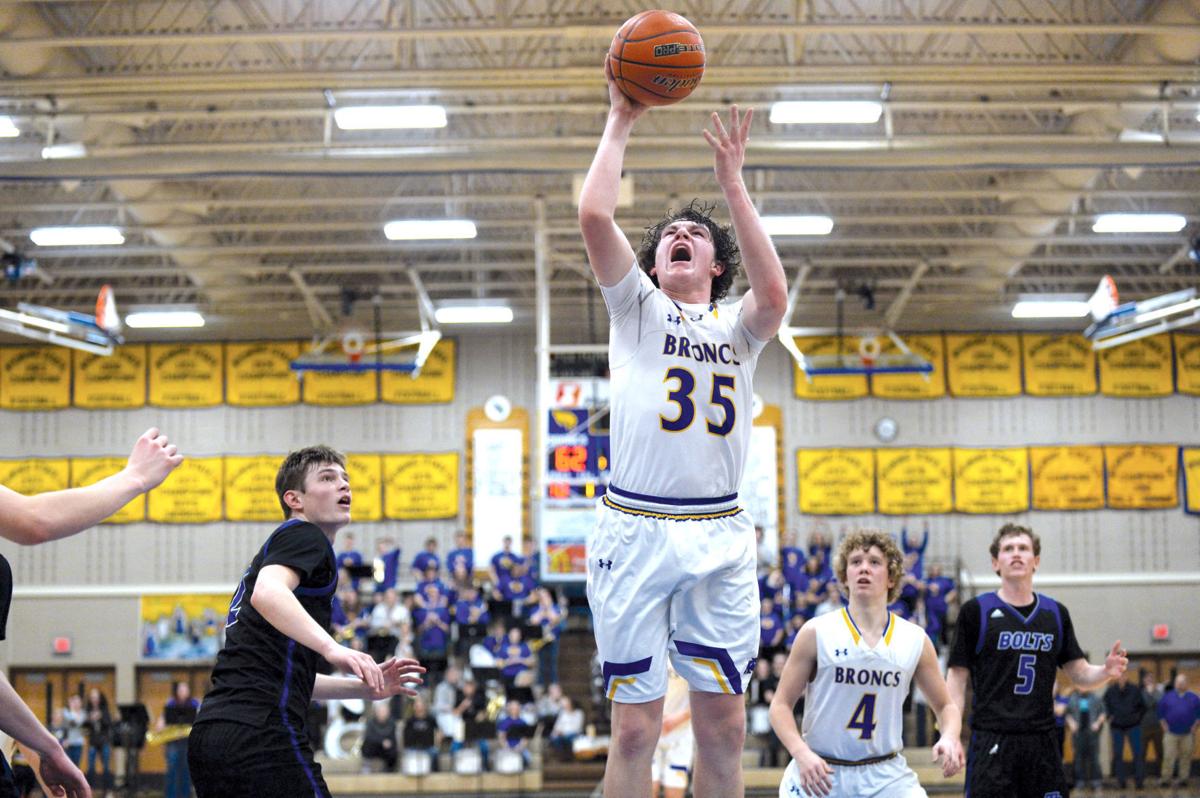 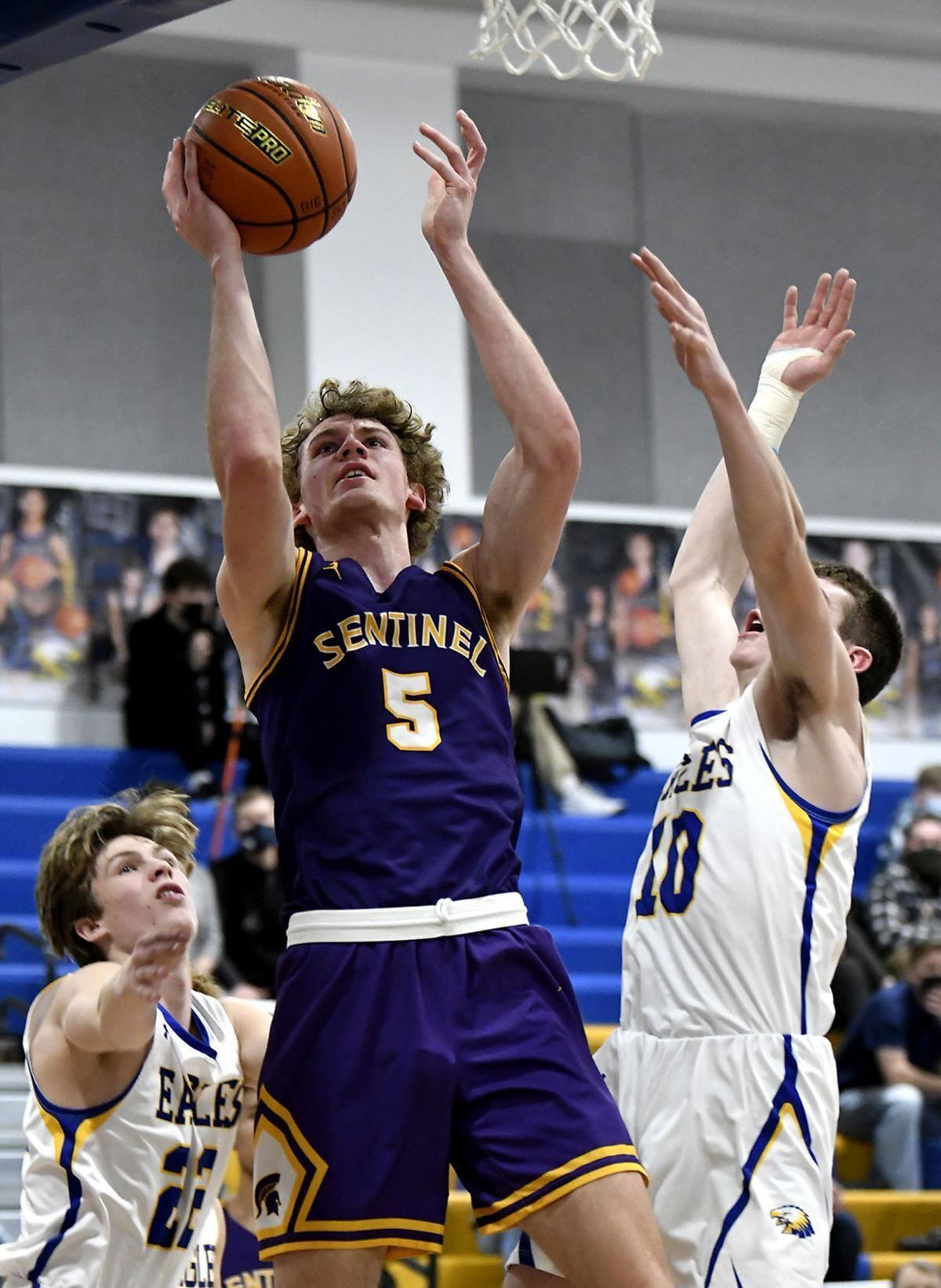 Missoula Sentinel’s Alex Germer puts up a shot against Missoula Big Sky in a game earlier this year. 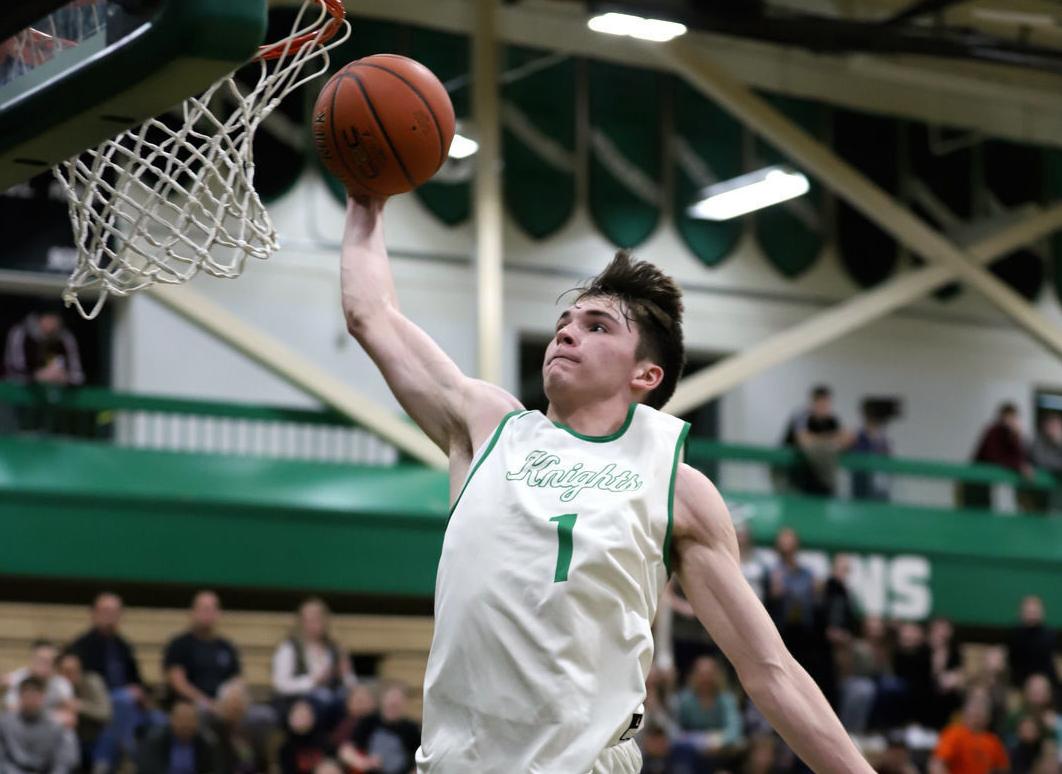 Germer averaged 24.1 points and 6.3 rebounds per contest as a senior for Missoula Sentinel. He served as a starter his final three seasons for the Spartans, averaging double-figure scoring. A two-year Class AA All-State first-team selection, he helped Sentinel go 17-3 en route to the Class AA semifinals this year.

Germer eclipsed the 1,000-point scoring mark for his career in 2021 in a game where he broke the Class AA single-game 3-point record with 13 3-pointers en route to 51 points. Germer was recently chosen for the Montana boys roster in the upcoming Montana-Wyoming all-star basketball series.

Lecholat has claimed consecutive Gatorade Wyoming State Player of the Year honors. A three-time first-team all-state selection, He helped lead Sheridan to the Class 4A state semifinals as a senior.

Lecholat was the state’s top rebounder as both a junior and senior and was Class 4A’s top scorer during that span. He was a four-year contributor for the Broncs and a three-year starter who was chosen for the Wyoming boys roster in the upcoming Montana-Wyoming all-star basketball series.

McMahon was a three-year starter and four-year contributor for Colony High School, which included leading the Knights to back-to-back conference championships.

As a senior, McMahon averaged 27.3 points, 10.5 rebounds, 4.1 assists, 3.2 steals and 2.5 blocks per game. He garnered Class 4A Player of the Year honors in Alaska for the second consecutive season. McMahon finished his career by scoring over 1,700 points while leading the school to two state semifinal appearances.

The 19th-ranked Wildcats will host the No. 9 Bobcats on Friday night.

McCutcheon has been MSU's top target, but other receivers have proven their worth in ways that don't show up on the stat sheet.

Recently activated Tyrel Thomas became one of many Bobcats to record a turnover this season.

Montana State, Brent Vigen hopes, has maintained a high level of urgency for its past five games.

Missoula Sentinel’s Alex Germer puts up a shot against Missoula Big Sky in a game earlier this year.