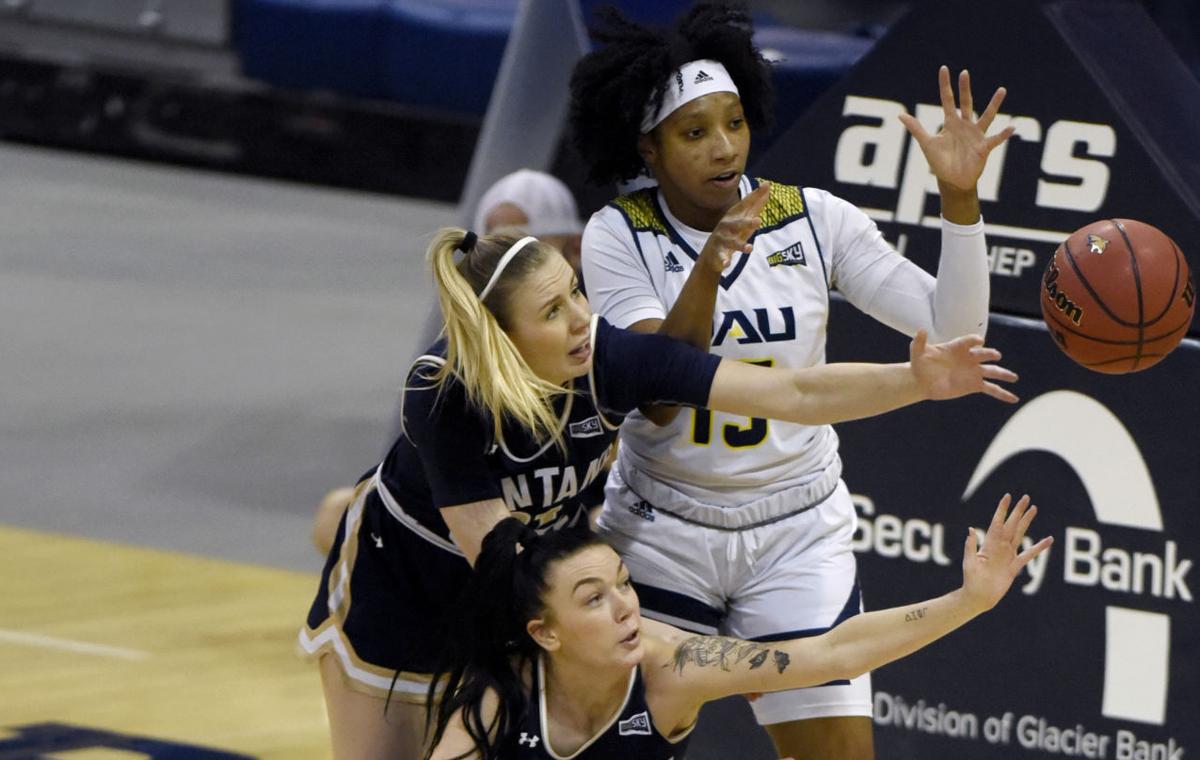 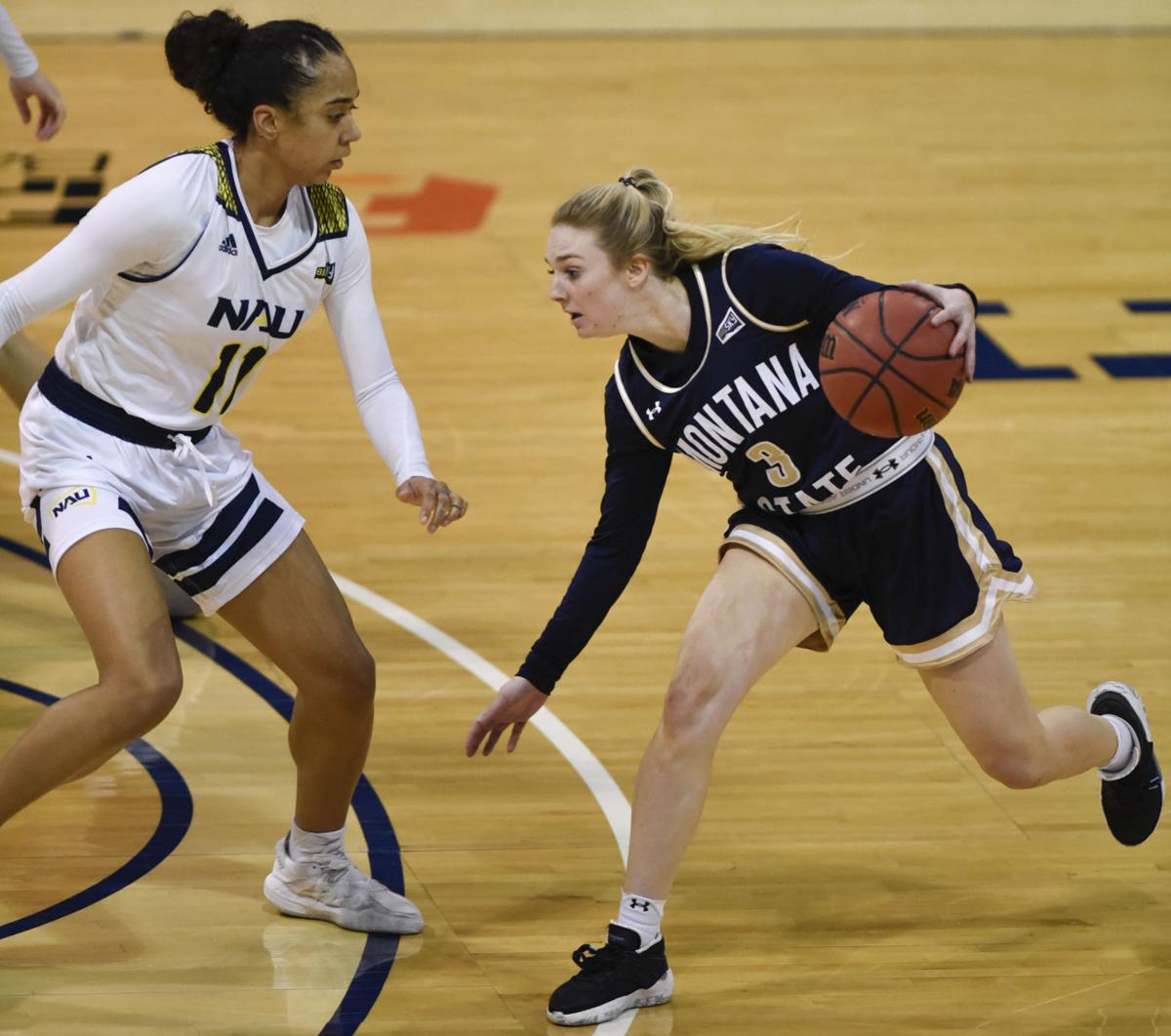 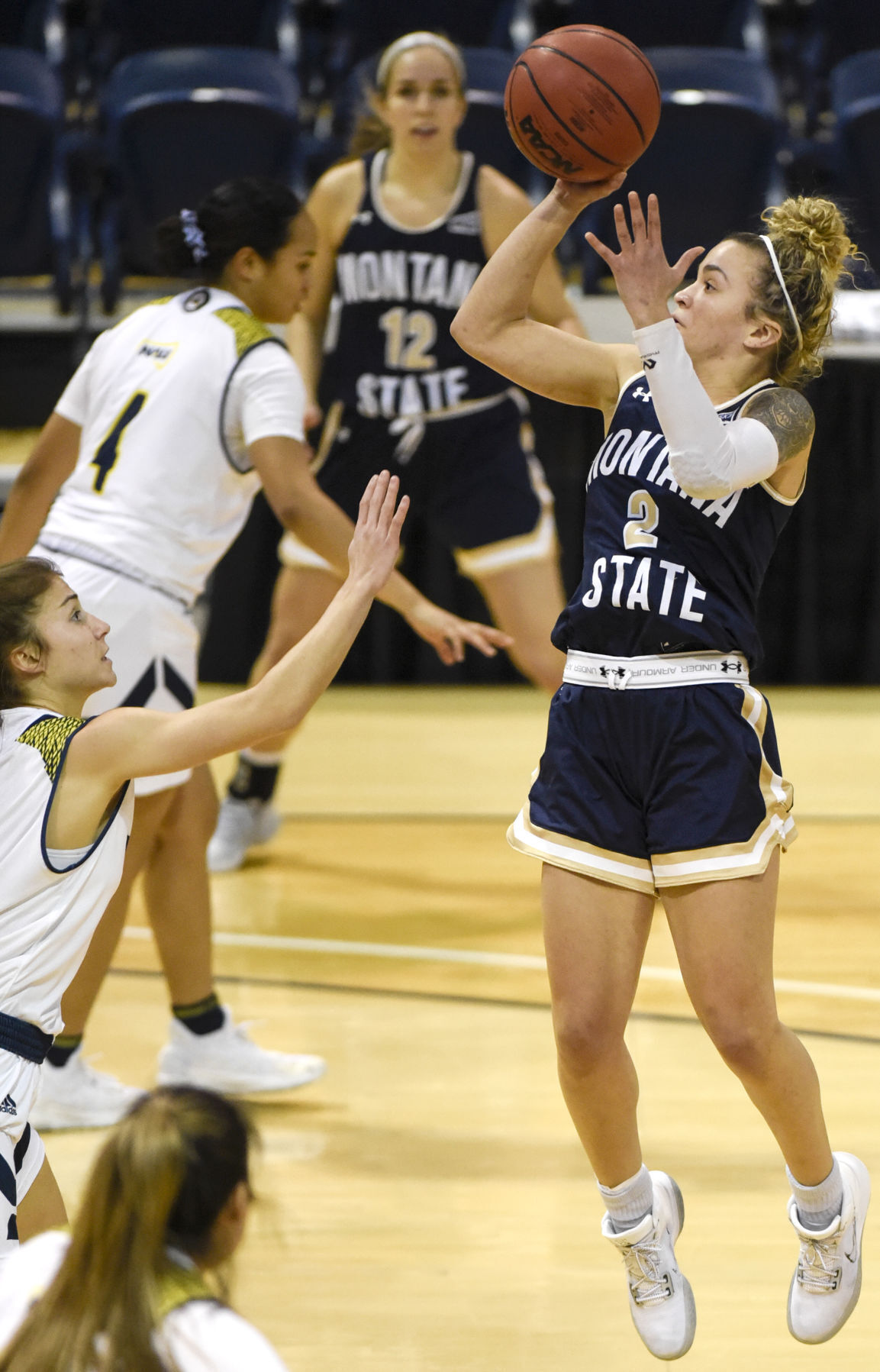 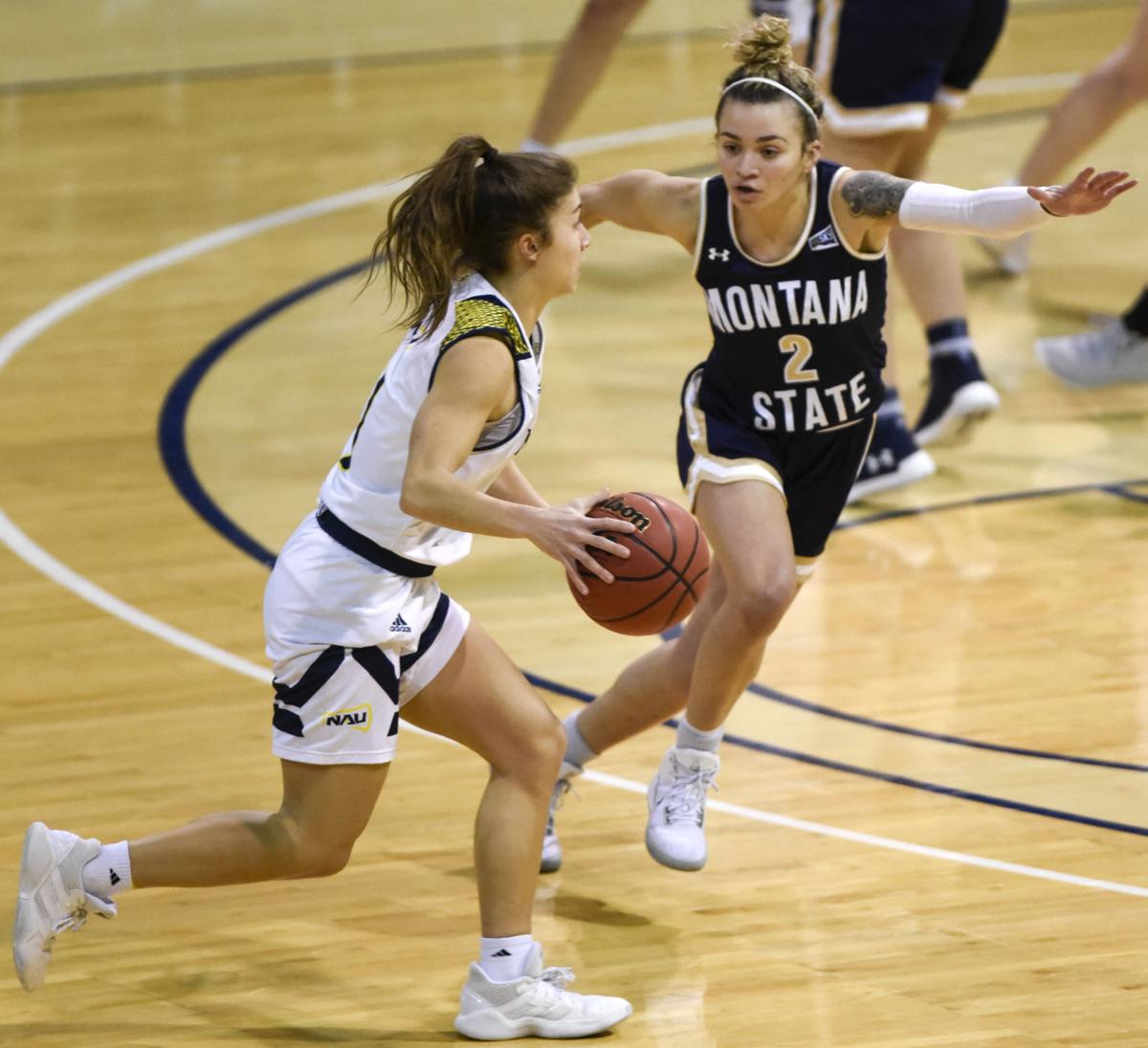 BOZEMAN — Smiling and laughing on their way to the locker room, Montana State’s players were relaxed at halftime.

Head coach Tricia Binford said that mood died about 10 seconds into her halftime speech. She didn’t care if the Bobcats were up by nine after two quarters. Binford was unhappy that MSU allowed Northern Arizona to score 23 points in the second frame, allowing the Lumberjacks to stay within reach.

“I just needed to make really clear,” Binford said, “this game was going to go in the wrong direction if we didn’t get locked in on the defensive end.”

The Bobcats were clearly focused to start the second half. They outscored the Lumberjacks by 16 to close out a 90-65 victory.

This is the first conference sweep for the Bobcats, a sign of progression for one of the youngest teams in the country.

“It was definitely a major step for us,” Binford said. “Overall, the way they finished this game, I thought this was pretty complete from start to finish.”

In its first two conference series, MSU (7-5, 4-2 Big Sky) won the first matchup but lost the second. Binford shouldered blame. She said the Bobcats didn’t make needed adjustments after each team had a chance to learn about each other.

Binford’s speech at intermission was only an example of how the Bobcats were different in this Round 2. MSU lone senior Tori Martell pointed out the Bobcats made necessary alterations defensively, especially with on-ball screens, in order to slow down Northern Arizona (6-8, 4-6).

The Lumberjacks, Martell said, didn’t know how to handle it. They averaged 73.2 points per game heading into the series, a mark which was among the best in the conference. Against MSU, they totaled 60.5 per contest.

The Bobcats used less full-court pressure, which was key on Thursday because a fourth of NAU’s offensive production comes from transition. Saturday’s change was intended to keep the Bobcats from burning out by the end of the game, which had been an issue previously in the second matchups of MSU’s conference series.

“It was huge for us to get this win today,” Martell said. “Coach Bin has been saying all week we need to prove our consistency, and we did finally. And it felt so good as a team.”

Martell said MSU’s Lexi Deden “balled out” against the Lumberjacks. The freshman forward scored a career-high 22 points on 10-for-14 shooting to go with seven rebounds. Martell added the Bobcats need a post presence to thrive offensively, and the 6-foot-1 Deden provided it.

“I’m feeling really good,” Deden said with a smile after the game. “It’s definitely a team effort in how we approached it for sure. … We’re just going to go up from here, I know it. And all of us are so excited.”

Nine Bobcats logged double-digit minutes. As the season has progressed, Binford feels more comfortable turning to her bench in order to keep MSU in games. This also prevents the Bobcats from becoming too tired during these second games against Big Sky opponents.

Binford doesn’t believe that, since she began coaching at MSU in 2005, she’s had this many options she can rely on to provide positive contributions.

The Bobcats made 51% of their shots and were 13 of 27 (48%) from 3-point range. They accumulated 22 assists, which Binford believes is a sign of MSU’s developing chemistry.

“We’re showing a lot of trust in each other,” she said. “Now we’ve got some pieces really starting to click.”

Martell feels the Bobcats needed a performance like this before they play rival Montana twice next week. Deden, who’s from Missoula, is eager to face old high school teammates.

“I’ve looked forward to this my whole life,” Deden said. “I think we’re ready for them.”

Brent Vigen has brought in three new coaches and is retaining seven others from Jeff Choate's staff.

Hamilton's converted mark is the third best in Montana State history in the mile, behind Patrick Casey and Cristian Soratos.

Looking back on his coaching past, Taylor Housewright compared creating his own philosophy to artists. They look at other styles and learn from others to forge a new, individualized path.

The Bobcats won a thriller over the top team in the Big Sky Conference.

Montana State’s game against Idaho on Thursday will not be played as scheduled.

Last week, new Montana State head coach Brent Vigen signed a four-year contract, which was obtained by the Chronicle on Thursday morning, that includes a $210,437 base salary.

Montana State struggled offensively and couldn’t get the defensive stops when needed as Idaho State snapped the Bobcats’ eight-game win streak with a 69-59 victory on Thursday night in Reed Gym in Pocatello, Idaho.

Tegan Wold earned her first victory as a Bobcat on Friday in Park City.

COVID-19 forced MSU’s games against Idaho State to be canceled.