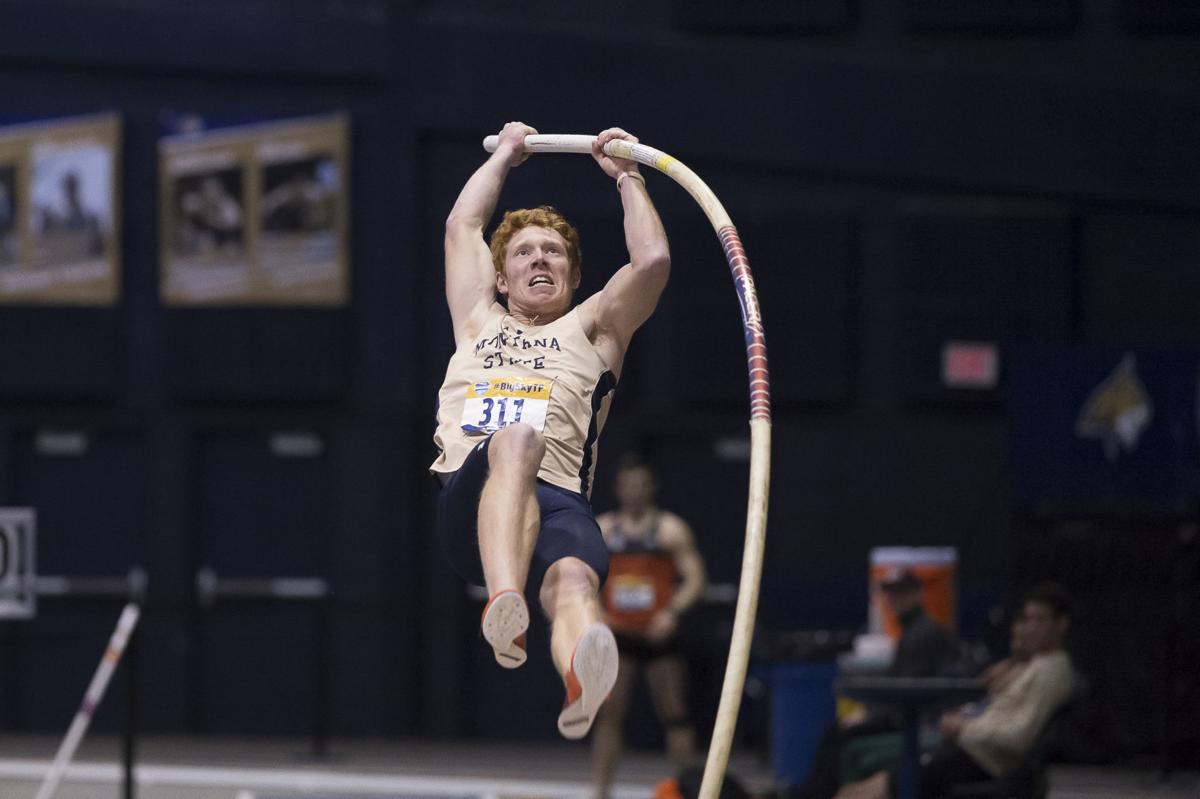 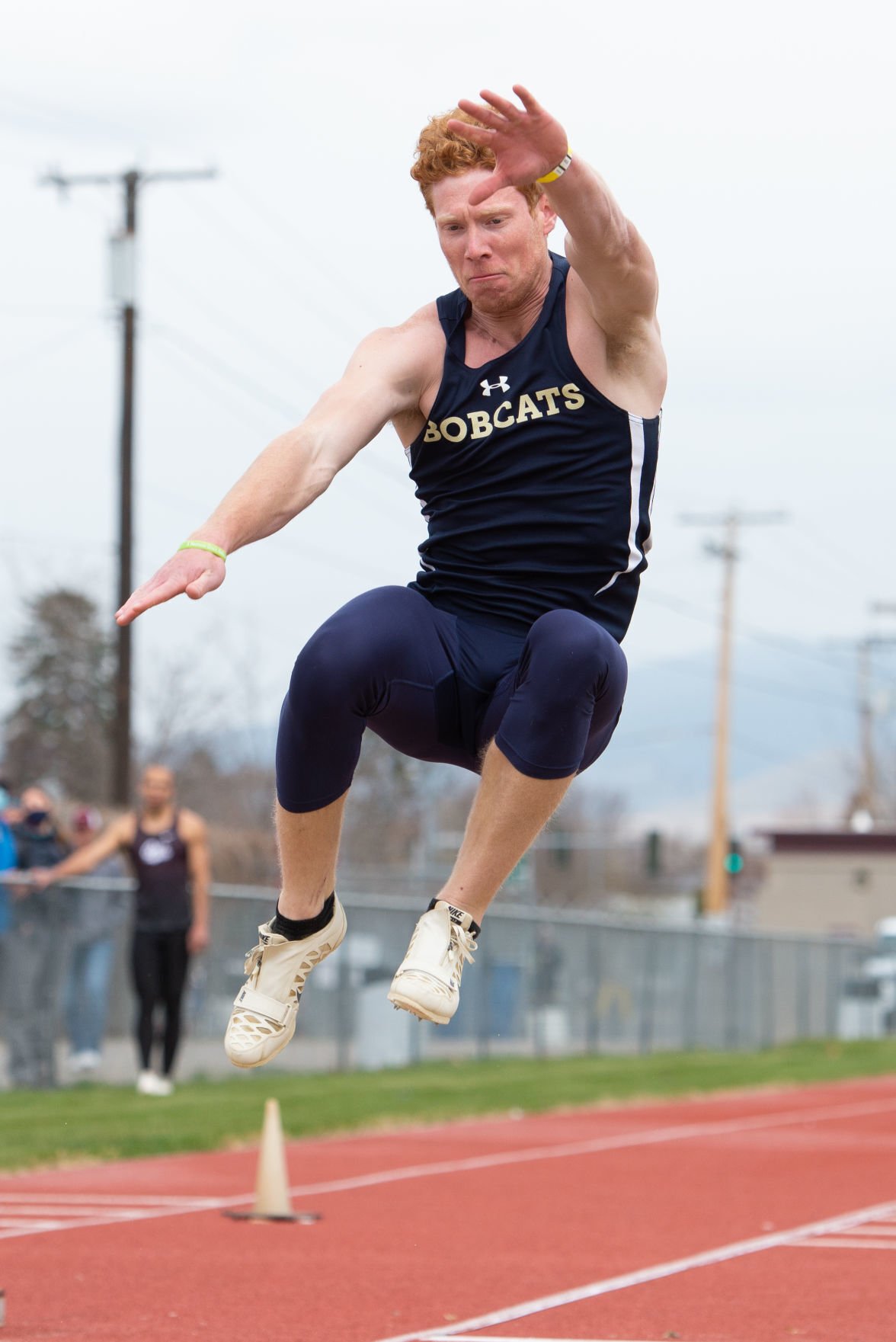 With a cup of coffee, the Montana State senior and business owner takes about a couple hours to send emails and respond to text messages. He ventures out to the track to begin his work on his events until about 1 p.m. After a brief lunch, he lifts weights, completes schoolwork or both.

Evenings finally give Neth some fleeting moments to relax. He usually goes to sleep by 8 p.m., only to begin the cycle all over again.

It’s a seemingly never-ending pile of responsibilities. But Neth thrives with it all. The number of tasks reflects his number of goals.

A year ago, Neth was third in the heptathlon with 5,054 points at the Big Sky indoor meet. The opportunities he has to achieve greater feats in his collegiate career are dwindling, though. The outdoor season was canceled last year, and Neth’s time at MSU will end soon as the outdoor conference meet begins Wednesday in Ogden, Utah.

“Everybody’s a lot more motivated, myself included,” Neth said. “Just motivated to go out and do the best we can.”

Coming from Manhattan, Neth considered himself a “hot shot.” He won 14 state championships as a Tiger.

His attitude, once he began competing against next-level athletes, changed.

MSU director of track and field Lyle Weese noticed Neth developed as an athlete and person quickly. Most specifically, his skill set as a student improved once he forced himself to take on more duties in and out of college.

As a multi-event competitor, Neth must refocus rapidly as he moves on from one event to another. Weese believes this taught him how to be an athlete, student and business owner all at once.

“He’s got all sorts of stuff going on. In the business world, I imagine he’s going to be incredibly successful.”

Neth and his colleagues began Lawn & Order, a lawn care and snow removal business, when he was a freshman. He was seeking a way to pay for college. A few years later, he plans on focusing on the business once he’s done at MSU.

Neth, a business management major, has already begun to expand operations. The business went from about 20 clients to approximately 500.

Neth said the business grew even more during the beginning of the coronavirus pandemic. It’s more demanding than he ever thought it would be. With his emphasis being on organization, he works about 40-50 hours per week.

“It was a lot to take on here. Being a student-athlete, that’s already a challenge,” Neth said. “There were times I thought I would drop out and just run the business, but … once you make a commitment, you never want to go back on it. I wanted to stick with it.”

Neth is eager to compete at the conference meet after the circumstances of the past year. He called it a “gut check” because the routine of track and field had been stripped away from him. He sought to keep a positive approach to his career and life.

As he’s grown older, he’s found his body can’t keep up with a heavy training workload. So he’s learned to work out smarter. Rather than increase the quantity of repetitions, he’s stressed the quality of each moment he has to train.

“You’ve just got to keep a positive vibe,” he said. “That’s how you get through struggles in life.”

Through plenty of challenges, Neth said he’s learned plenty of lessons about athletics, college and business.

“And I think the biggest one is being grateful for the people I have in my life,” he said. “It’s the people that make the difference anywhere you go. ... That’s been my motivation, to improve their lives as much as I can.”

This attitude is illustrated by his pre-meet routine. Neth hardly dwells on the competition.

Rather, he enjoys speaking with teammates and opponents. As he participates in multiple events, he has more chances to meet more people.

Weese said MSU “really lucked out with Caleb” because he clearly cares for others within the program. Neth wants to use every second he has to forge and build relationships.

“Every moment,” he said, “needs to be treated like our last.”

Will the Houston Texans have the worst record in the NFL?

Will the Houston Texans have the worst record in the NFL?

NFL rookie to make full recovery after being shot

NFL rookie to make full recovery after being shot

Jordan Reed was interested in Wyoming when Brent Vigen was offensive coordinator. That changed with Vigen's arrival in Bozeman.

Moeykens rallied to the title Saturday and helped the MSU women to their first team championship since 2011, and third overall.

In the Big Sky Conference, only Weber State is ranked higher.

CASPER, Wyo. — The Montana State women's rodeo team increased its lead to more than 100 points Friday heading into the short go at the College National Finals Rodeo in the Ford Wyoming Center.

The Montana State women were 80 points ahead entering the final stage of the third go-round Friday morning in Casper.

Caleb Berquist is poised to make history for the Montana State men's rodeo team at the College National Finals Rodeo on Saturday.

After nearly a decade away from Montana State, Katie Bussey always felt her return was inevitable.

Four Bobcats will have at least one more week of competition in their season as they chase spots on Team USA.

The Big Sky Conference announced a new media rights deal with ESPN+ earlier this month, a move that has received glowing reviews across the Montana State campus already.