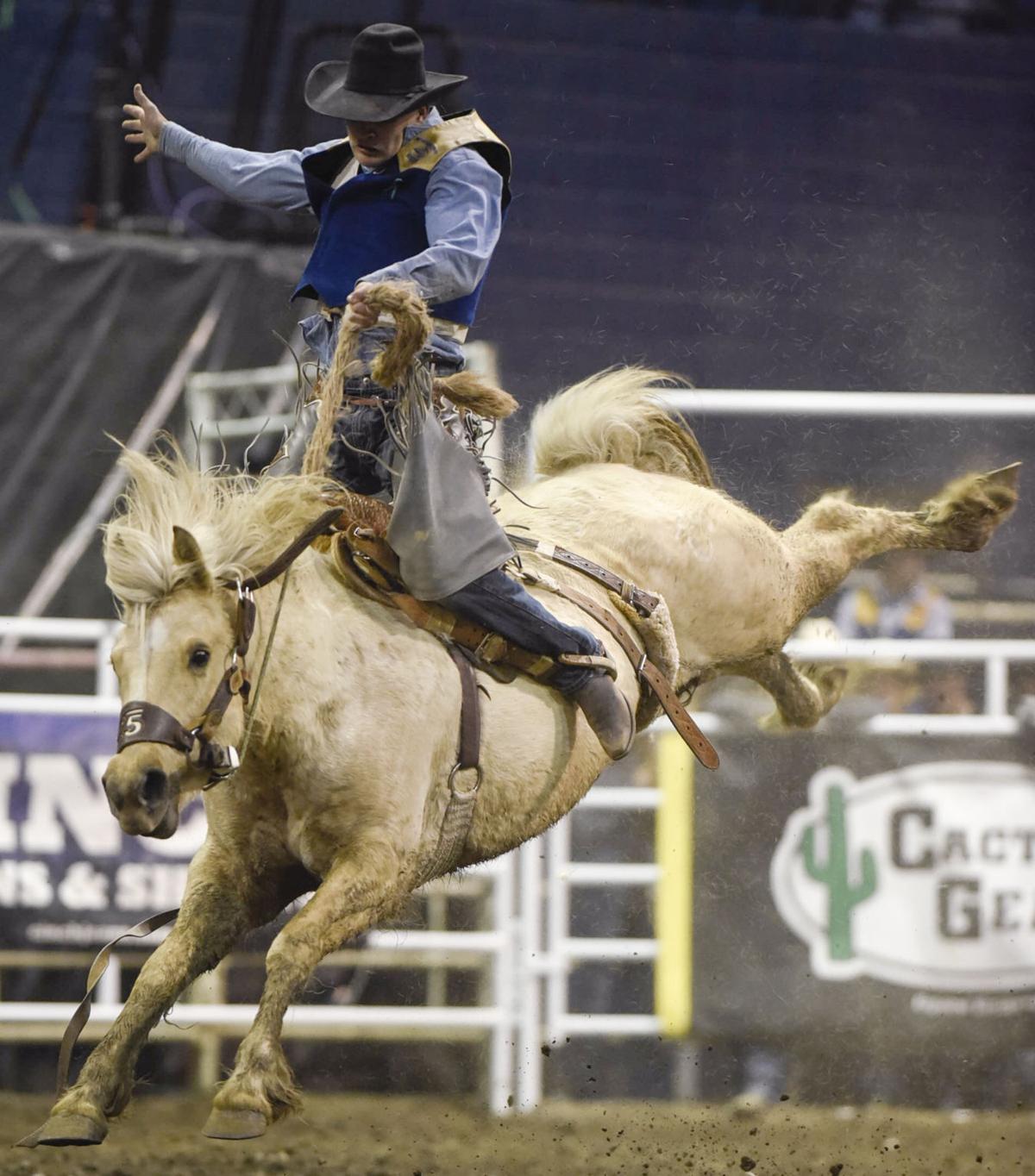 Montana State's Brand Morgan competes in the saddle bronc competition during the MSU Spring Rodeo in 2019 at the Brick Breeden Fieldhouse. 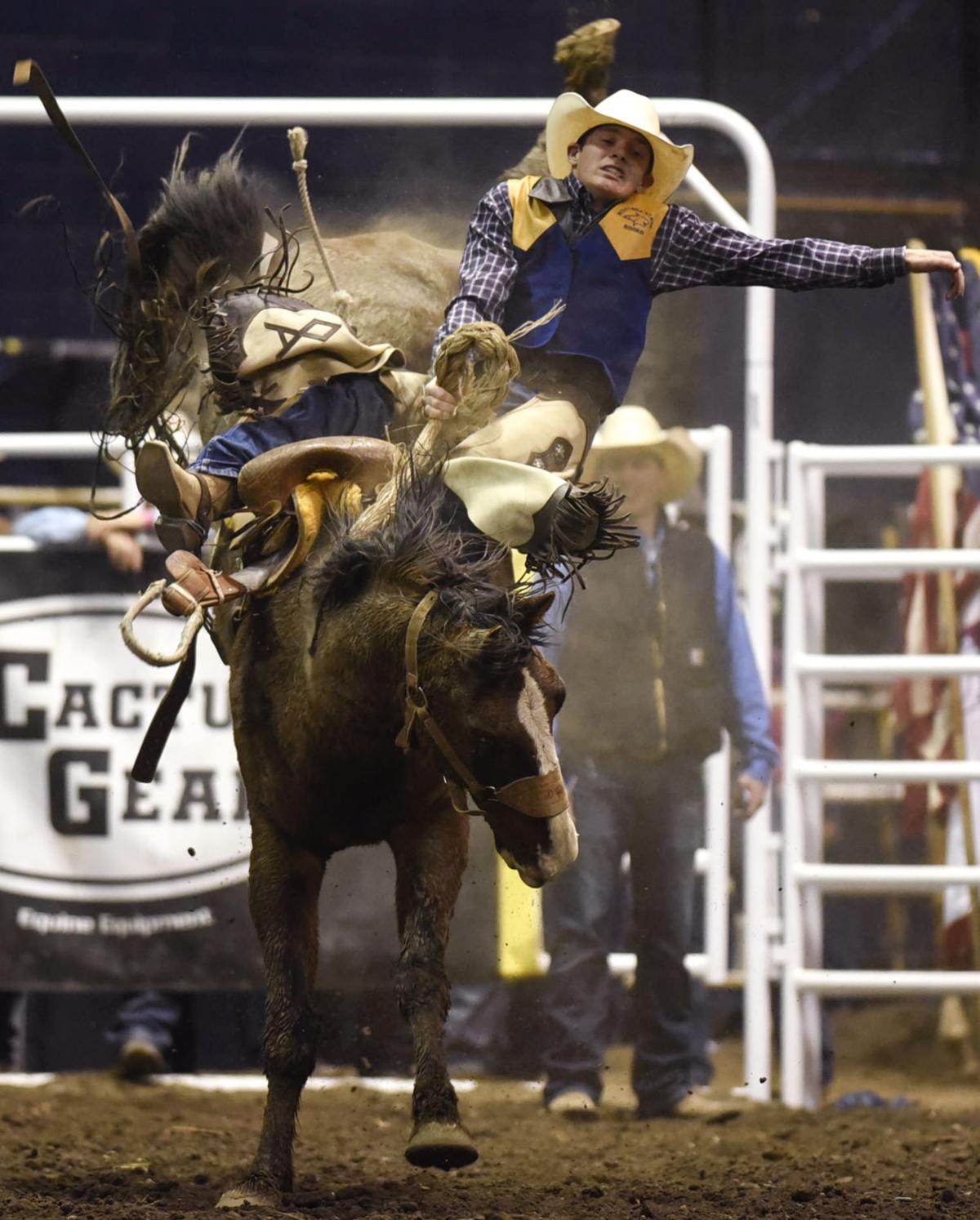 Montana State's Cody Faulkner competes in the saddle bronc competition during the Spring Rodeo on April 12, 2019, at the Brick Breeden Fieldhouse. 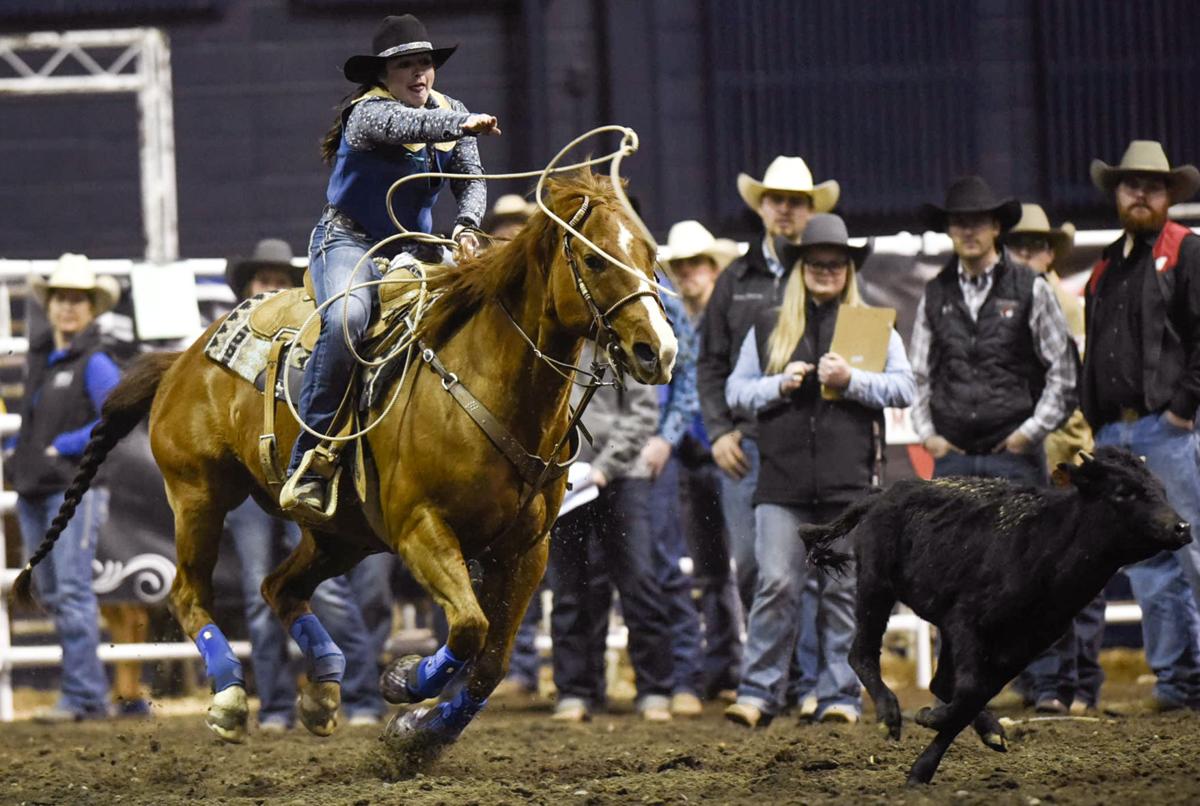 BOZEMAN — This year’s Montana State Rodeo will be held outdoors for the first time in 20-plus years, but head coach Andy Bolich is hopeful the change in venue doesn’t take away from the strong season his team has had to this point.

MSU’s men’s and women’s rodeo teams both lead the Big Sky Region standings by large margins heading into the start of the spring season, which spurs into action Thursday at the Gallatin County Fairgrounds in Bozeman.

The rodeos will take place outdoors instead of inside Brick Breeden Fieldhouse due to COVID-19 precautions. Bolich expects his team to compete well regardless of location, though.

“There’s several events where MSU kids are first, and I expect them to finish off the spring in good shape and qualify to go on,” Bolich said.

Included on that list are Kerns in barrel racing, Paige Rasmussen in goat tying, Levi Delamarter in tie down roping, Clay Johnson in steer wrestling and Garrett Duncan and Colten Fisher in team roping.

Montana State representatives also occupy several other spots in the top three or five of various events, so the Bobcats could be represented well at nationals once again. In 2019, the program sent 15 people, the most of any school in the country.

“I don’t look to do that every year because that’s a crazy amount of kids,” Bolich said, “but I think we’re going to have quite a few qualify for sure.”

Making it that far, of course, is a process that begins with a strong showing at the team’s home rodeos this week. Because the rodeos will be outdoors, that means some semblance of a crowd will be permitted, for which Bolich is thankful.

“Last fall, the college rodeos were hit and miss depending on the county,” he said, referring to whether spectators were allowed. “A sporting event needs fans. It’s good for the contestants, and I’m glad there will be something that people can come out and watch.”

The venue will be capped at 50% capacity, meaning only 750 tickets will be available daily. Tickets are $10 per person at the gate. No tickets are available in advance.

After missing out on having a spring season in 2020, Bolich said his team is anxious to get this year’s started.

“Our kids are ready, excited, just want to get rolling and start the spring season,” he said.

Jeff Welsch: Anti-trans legislators went searching for a problem, and now they’ve got one

The NCAA announced Monday it "supports transgender student-athletes" and will only allow states that are "free of discrimination" to host championships.

Reinalda is in the midst of a post-graduate year refining his play at Donar academy in Groningen, Netherlands.

Montana State football expecting to lean on depth at running back

Montana State appears to be loaded at running back heading into the fall.

“When we’re all on the same page and we’re all working together, I think great things can happen. I think this is the first step in many.” Montana State AD Leon Costello

Montana State had two all-around winners at its spring rodeo.

Battle was a top-100 recruit when he signed with Washington.

Alvidrez was a two-time all-Big Sky pick at Montana State and was inducted into the school's Hall of Fame in 2018.

Montana State's Brand Morgan competes in the saddle bronc competition during the MSU Spring Rodeo in 2019 at the Brick Breeden Fieldhouse.

Montana State's Cody Faulkner competes in the saddle bronc competition during the Spring Rodeo on April 12, 2019, at the Brick Breeden Fieldhouse.