On Wednesday, Ian Shoemaker resigned as Eastern Washington’s offensive coordinator and quarterbacks coach. Sacramento State standout running back Elijah Dotson said he was entering the transfer portal two days later, more than a month after he left the team. On Monday, Southern Utah announced that Demario Warren was out as head coach.

Warren and Southern Utah “mutually agreed to part ways,” according to SUU’s press release, which quoted athletic director Debbie Corum saying that Warren “has made a decision that it is time to step aside and make room for another coach to lead the team, and I support him in this decision.”

Warren lost twice as many games as he won during his six years as SUU’s head coach (21-42), although he led the Thunderbirds to a co-Big Sky title with Weber State in 2017 (WSU beat them in the second round of the Football Championship Subdivision playoffs). Warren helped SUU win a solo conference championship in 2015 as defensive coordinator. He spent 14 total years with the program.

This is the final season in the Big Sky for the T-Birds (1-10, 0-8 Big Sky). They’ll become members of the Western Athletic Conference beginning in 2022.

EWU called Shoemaker’s resignation “a personnel issue” and provided no other reasons for his departure. It was his third season as EWU’s OC/QBs coach. Wide receivers coach Pat McCann replaced him on an interim basis.

Shoemaker’s resignation came four days after EWU’s worst offensive performance of the season in a 23-20 home loss to then-No. 4 Montana State. The final offensive play of Shoemaker’s EWU tenure was a rush from Dennis Merritt that went for a loss of two yards. The Eagles, who have all-American quarterback Eric Barriere, ran the play on a third down and 1 at their own 12 yard-line with about three minutes left, all three timeouts and the score 23-20. They punted on the next play, and MSU ran out the clock on the following drive.

That game was one week after a bye and two after the Eagles lost their first game of the season, 35-34 to Weber State in Cheney, Washington.

Dotson is a 6-foot, 185-pound junior who graduated from Antelope High in Sacramento, California. He left Sac State on Oct. 7 for family reasons, according to the Sacramento Bee.

“He doesn’t want to play football right now,” Hornets head coach Troy Taylor told the Bee days after Dotson’s decision. “We love Dot. We wish him nothing but the best.”

Dotson, who’s also a standout track athlete, will graduate this semester, per Taylor.

Dotson maintained his senior eligibility because he only played in four games this season, the maximum allowed for a player to preserve his redshirt. He rushed 28 times for 95 yards (3.4 ypc) and a TD in those four games, along with 18 receptions for 108 yards.

He announced his decision to enter the portal Friday on Twitter.

“I want to thank God for keeping me strong throughout this time in my life,” Dotson wrote. “I also would like to thank my family, friends, and teammates for helping me to understand I am doing what is best for me. I am more than grateful for the lessons and relationships I have gained from my time at Sacramento State. I was born and raised in Sacramento. It is my home, and it always will be.”

Griz among Big Sky teams to rise in rankings

The 120th Brawl of the Wild will be a top-seven matchup.

Hauck helped the Grizzlies earn a 30-3 win at Northern Arizona on Saturday and extend their streak of quarters without allowing a touchdown to 10. The redshirt junior safety finished with a season-high 14 tackles and a strip sack. UM linebacker Patrick O'Connell recovered that fumble and returned it for a touchdown, one of two defensive TDs for the Griz in the game. Hauck now has the sixth-most tackles in UM history.

Robby Hauck spent his first college season, in 2017, at NAU and redshirted under coach Jerome Souers, a former UM defensive coordinator. Hauck transferred to UM the following year after his father was hired.

The feats don’t stop there. Barriere now has 110 career passing TDs, tied for the program and conference record with Vernon Adams Jr., who also starred for the Eagles (from 2012-14).

“He’s a legend, a present-day legend,” EWU coach Aaron Best said of Barriere after the Davis game, via The (Spokane) Spokesman-Review. “He’s still writing the script, and everything he continues to do he is trying to get better (at).”

Big Sky special teams player of the week went to Cal Poly kicker Jaden Ohlsen, who made a 41-yard field goal with four seconds left to give the Mustangs a 32-29 win over Idaho State, their first conference win of the season.

UM kicker Kevin Macias also received a Big Sky nomination and a Stats Perform FCS honorable mention for special teams. He made all three of his field goal attempts, including a 49-yarder, and all three of his PATs against NAU.

Missoulian and 406mtsports.com reporter Frank Gogola contributed to this story. 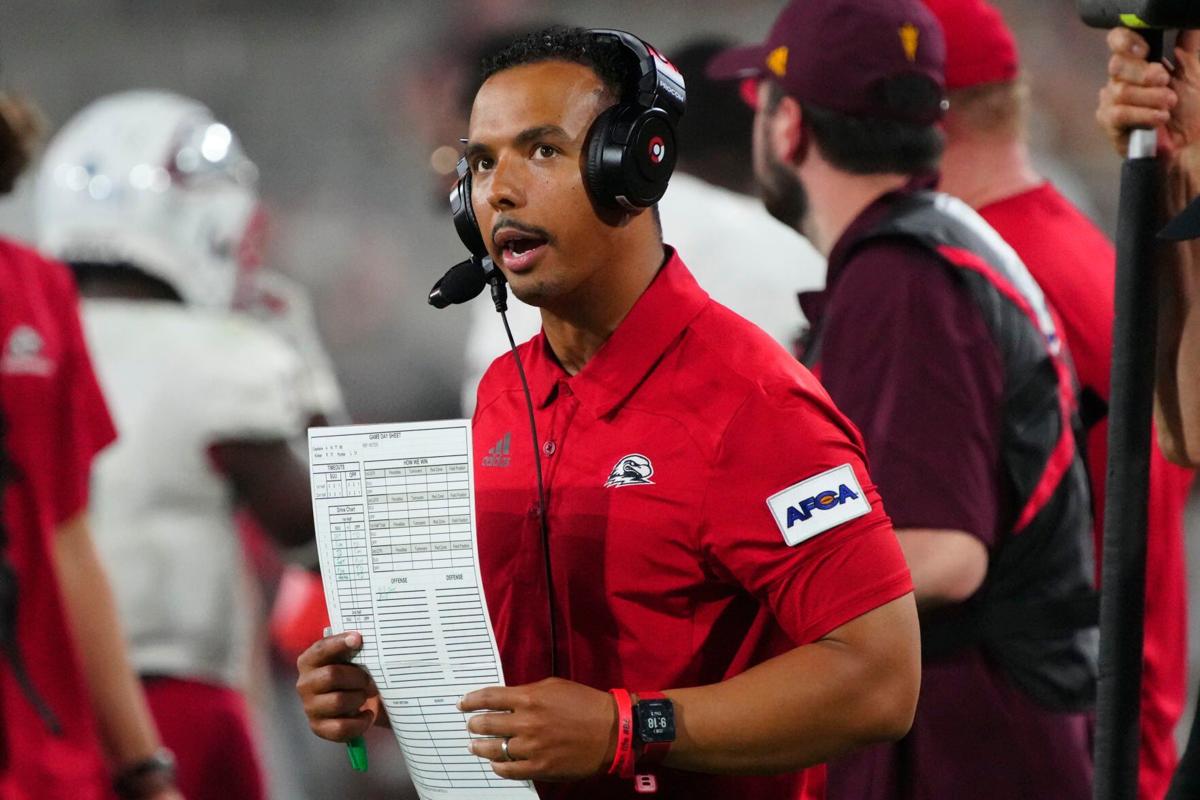 Southern Utah's Demario Warren, pictured during a game against Arizona State on Sept. 2 in Tempe, Ariz., has parted ways with the Thunderbirds after six seasons as head coach. 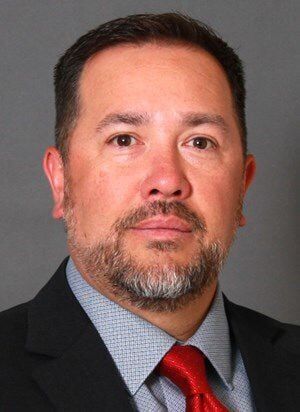 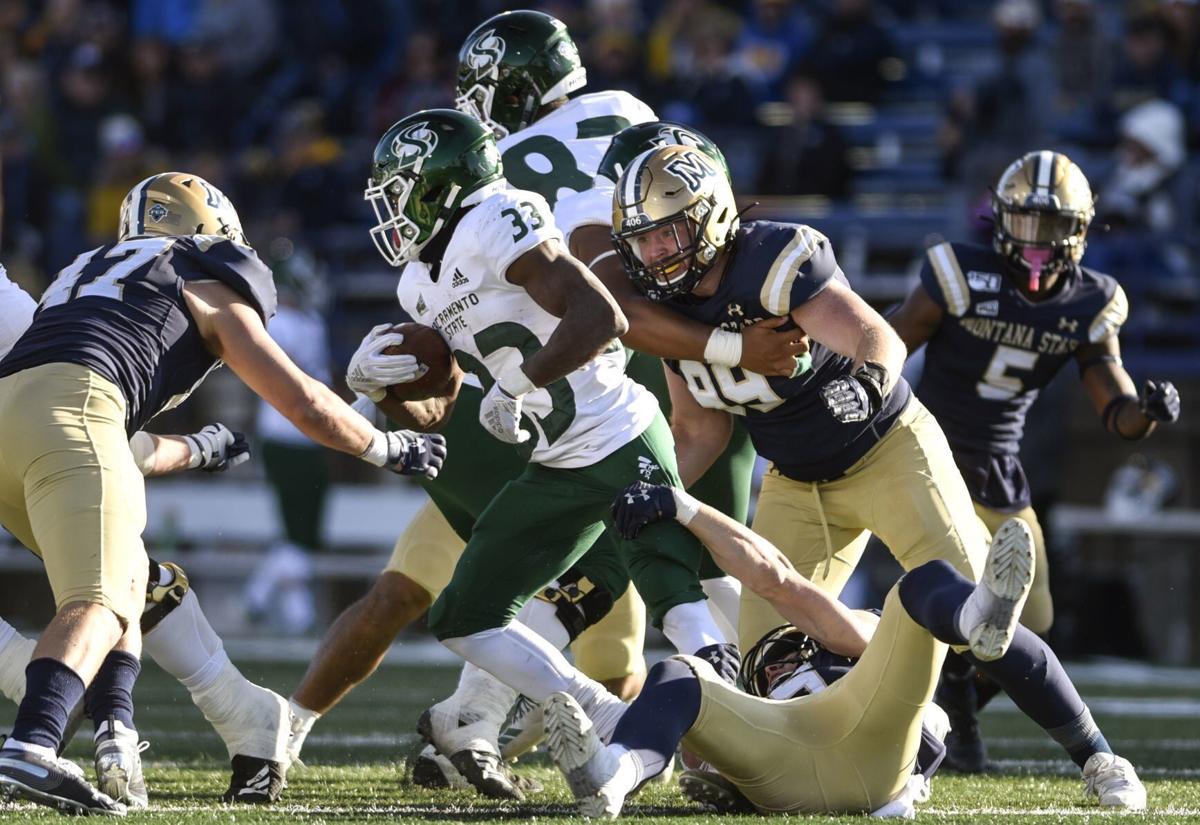