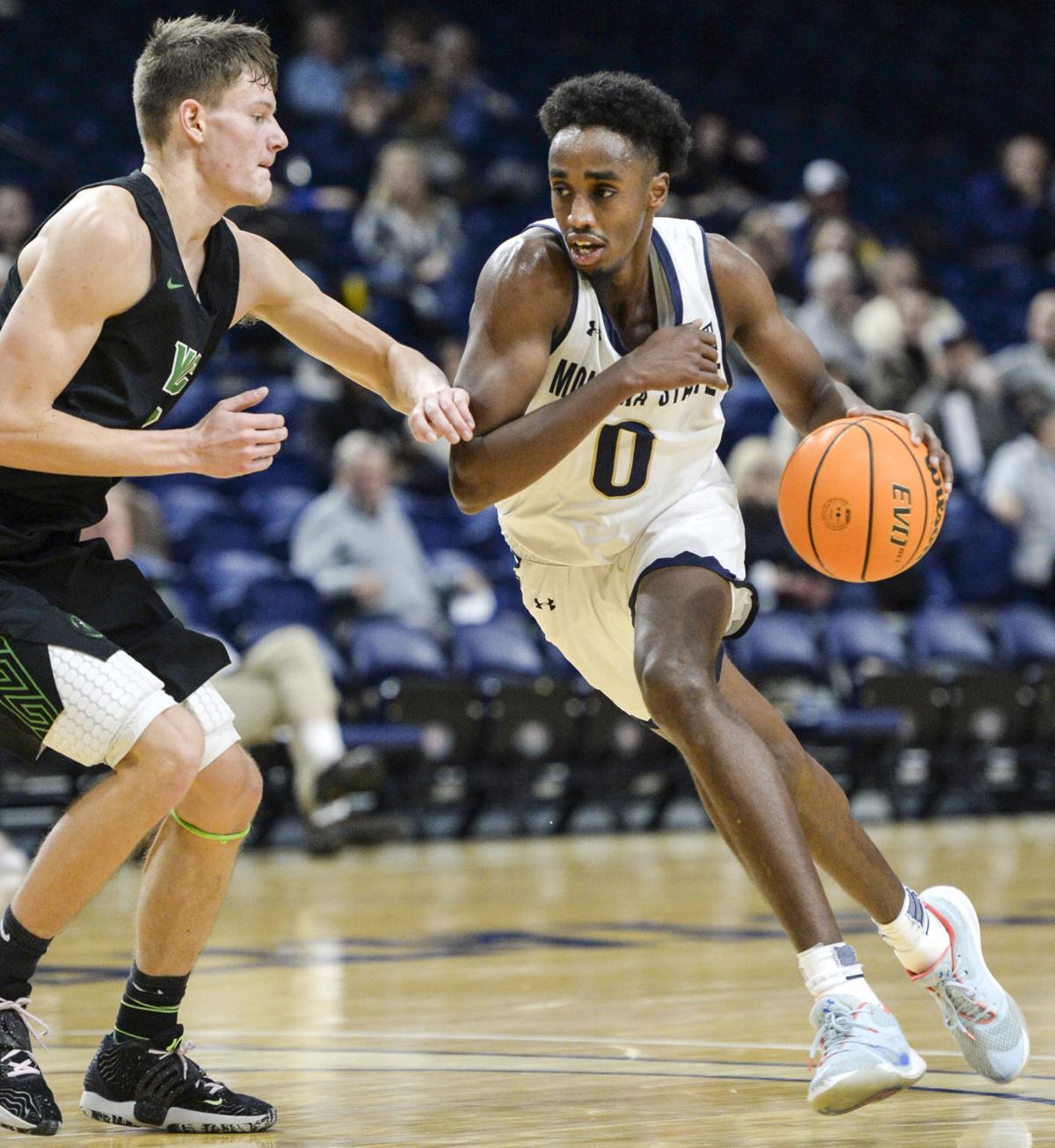 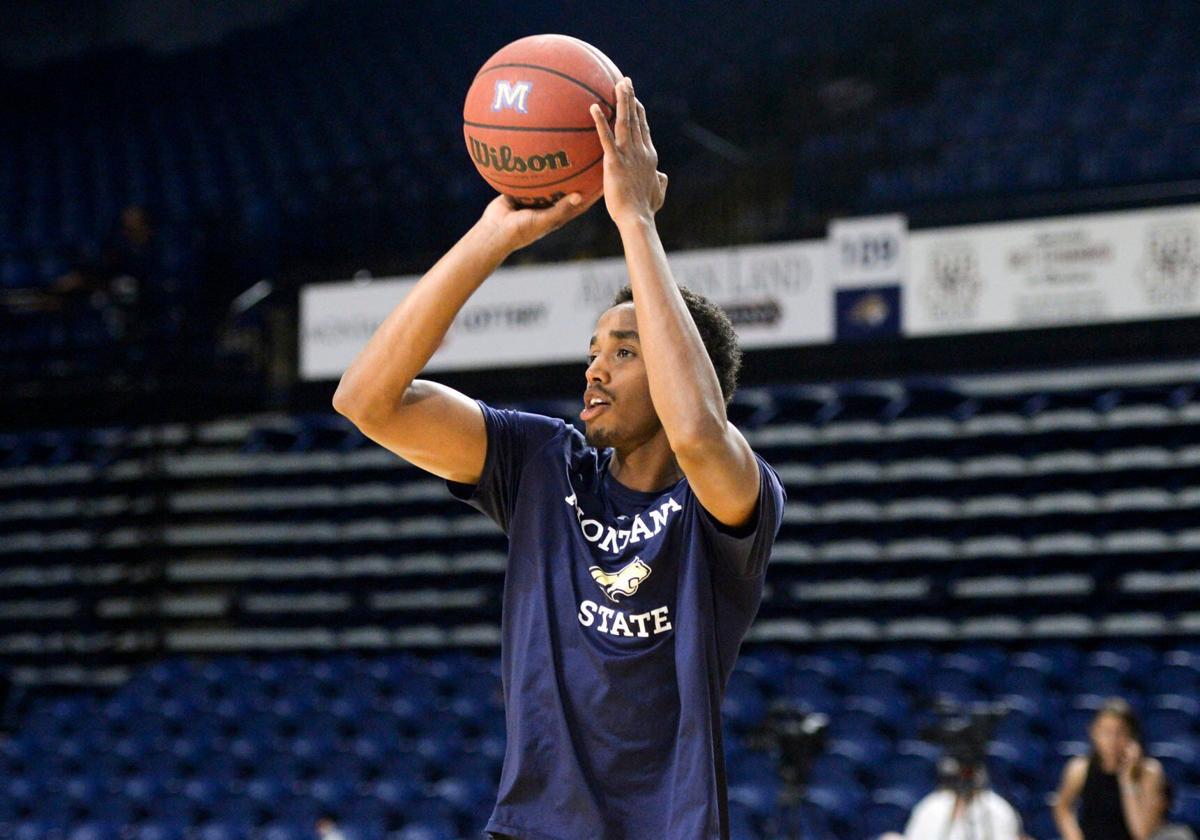 BOZEMAN — When Abdul Mohamed first arrived at Montana State, he was coming off of two seasons at North Texas in which he played sparingly.

He was injured and redshirted in 2018-19, his first year with the Mean Green. And he struggled to earn a spot in the rotation the next season on a talented men's basketball team that went 14-4 to win the Conference USA regular season championship. He played just 72 minutes all season.

“When I got the call from (MSU) coach (Danny) Sprinkle and he wanted me to come play for him,” Mohamed recalled this week, “I really hadn't played basketball in a game in almost two years. It took me some time to get my footing.”

The 6-foot-7 Mohamed entered the Bobcats’ starting lineup six games into last season and has remained there ever since. He averaged 10.1 points and 8.6 rebounds per game over the last six games of the year, which included an 11-point, 14-rebound performance in the Big Sky semifinals against Southern Utah.

“I found myself in different roles throughout the year,” he said. “I loved it, but I felt like when I got it all figured out was (the conference tournament).”

He has continued that momentum in MSU’s first four games of the 2021-22 season.

All he does is a little bit of everything.

“He's been arguably our best player this year,” Sprinkle said. “The way he's rebounding, the way he's passing, the way he's scoring. I'm super proud of him because he's overcome a lot, and I'm glad to see him playing confidently.”

Sprinkle said Mohamed had been well coached before he got to Montana State — by Grant McCasland at UNT and by Shawn Neary at Gillette (Wyoming) College for two years before that.

“So when he came here, he knew how to play the game,” Sprinkle said. “The two coaches that coached him previously made it a lot easier of a transition for him to be successful here.”

Though he didn’t play often at North Texas, Mohamed learned he could still make an impact in games.

“When I kind of figured out I wasn't going to be playing as much, I did my best to go all out for the few minutes I was in there,” he said. “My role there was being a great teammate.”

Sprinkle said Mohamed’s build has contributed to his success in all facets of the game this year. But his effort has always been his most valuable asset.

His dedication to being a good teammate has also carried over from his time at UNT. Mohamed can often be heard shouting words of encouragement to the team’s younger players. Sprinkle called him a leader who never takes a day off.

“He's a good role model for all of us,” MSU freshman Sam Lecholat said. “Not just because of basketball, but because he has good character and he's a really good guy to be around.”

Mohamed returned to MSU by taking advantage of an extra year of eligibility granted by the NCAA because of the COVID-19 pandemic. He is now in his sixth season of college basketball. He turns 25 on Dec. 3.

It has been a longer journey, and one with more stops, than what he expected when he was 18. He’s thankful to have been a part of winning programs, and he wants to see that continue at Montana State.

It took Mohamed a while to get here. And it took him a bit longer still to get his footing. But he’s now confident, and excelling, in his role.

Montana natives come up clutch as No. 7 Griz ride defense, special teams to win over No. 3 Montana State

Montana rides its defense and special teams to a 19-point win over Montana State, snapping a four-game skid in the rivalry.

Snyder will join a roster with two other players from Butte.

The Bobcats received a first-round bye and will host their first playoff game.

The senior from Dillon came back from an injury.

MISSOULA — As Troy Andersen dove to intercept a pass, Montana State suddenly appeared to have a chance to keep its winning streak against its rival alive.

Vigen is the son of MSU's first-year head coach.

Andersen has earned all-American honors on offense and defense.

A Big Sky team hasn't won a national title since 2010.

Andersen doesn't speak much, but when he does, others listen.

Montana State reckoning with offensive issues while preparing for playoffs

Matthew McKay's poor performance in the Brawl of the Wild was not his first.