The avalanche death toll this winter climbed to 32 on Monday after a Wyoming skier was swept off a cliff in Grand Teton National Park and killed.

Matthew Brien, 33, of Jackson, was skiing with two friends in the Broken Thumb Couloir when an avalanche collapsed 50 to 100 feet above him. The snow broke 2 feet deep and ran 1,000 feet downhill.

“Brien suffered significant trauma and was determined deceased at the scene,” according to a Grand Teton National Park press release.

The latest fatality is pushing the nation toward an unsettling mark, the most dangerous winter in six years. In the 2013-14 winter, 35 people were killed in avalanches, according to information compiled by the Colorado Avalanche Information Center.

“Over the last 10 winters, an average of 27 people died in avalanches each winter in the United States,” according to the center’s website.

The deadliest winter on record was 2009-10 when 36 people were killed in avalanches. January has been the deadliest month for avalanche fatalities, according to the center, followed by February and March — an ill omen for the nation possibly setting a new record this season.

Brien’s death was the third in six days in Wyoming due to avalanches. On Feb. 18, snowboarder Michael McKelvey, 31, was killed in an avalanche on Togwotee Pass. On Feb. 17, 57-year-old Michigan snowmobiler Greg Stanczak died after being buried in a slide in the Squaw Creek drainage southeast of Alpine. Wyoming also recorded the first avalanche death in the nation this season on Dec. 18 when a snowmobiler was killed near Sheep Pass.

Montana has logged two avalanche fatalities so far this winter, one a split boarder in Beehive Basin near Big Sky and another a snowmobiler in the Swan Range. In addition, a Corvallis man was killed in an avalanche while snowmobiling in Idaho's Sawtooth Mountains on Friday.

In assessing the accident reports so far, Dave Zinn of the Gallatin National Forest Avalanche Center said one pattern is apparent: some adventurers are breaking one of the primary rules of backcountry travel by exposing more than one person at a time to avalanche terrain.

"If people followed that one rule only, there would have been seven lives saved since January," he said.

The news of the nation’s 32 avalanche fatalities comes as snow continues to build in the mountains around southwest Montana. The Bridger Mountains received another 8 inches and Cooke City saw 11 inches of snow fall Monday night. High winds the last two days, gusting up to 75 mph in places, have loaded slopes with snow. In these areas the avalanche warning has been raised to “considerable” in parts of the Bridger, northern Madison and northern Gallatin ranges, as well as the Cooke City region.

"The crux of the problem is when there is fresh snow the avalanche danger is higher because you just added to the snowpack," Zinn said.

"The other part to it is there are just a lot of people out enjoying the backcountry," he added.

The instability of the snowpack in southwest Montana was emphasized in a Saturday slide in the McAtee Basin in the northern Madison Range. A snowmobiler triggered a slide that broke 10 feet deep — all the way to the ground — and was spread across 200 feet, according to a GNFAC investigation. Luckily, no one was injured. That weak layer on which the snow broke, however, is spread across much of the northern Rocky Mountains, Zinn said.

With the additional weight of drifting snow, he said there is potential for some "really big avalanches right now."

“The Bridger-Teton Avalanche Center issued a considerable avalanche danger rating for elevations above 7,500 feet” for the Teton area on Tuesday, according to the Park Service. “Recent snow and wind events have created dangerous backcountry conditions. Very cautious route finding and expert snowpack evaluation skills are a requirement for safe travel in avalanche terrain.”

Photos: Montana and Wyoming from above

Retrospective: Montana and Wyoming from above

From the Mining City to Alaska: First Butte musher to race in Iditarod

On Sunday, Chris Parker will be the first musher from Butte to race in the Iditarod Trail Sled Dog Race, a week-and-a-half journey across 860 …

Beginning on March 24, visitors will be able to make advance reservations at three additional campgrounds in Yellowstone National Park.

Due to the widespread nature and easy availability of moss balls, FWP does not believe it will be able to track individual sales to customers.

“It’s a really humbling experience and I think it proves that monsters do exist, and it’s proof that you just never know and it just takes that one cast."

Roads in Yellowstone National Park will begin to close to oversnow travel on March 7 to allow spring plowing to begin.

The Bureau of Land Management is proposing to acquire more than 11,000 acres south and east of the Charles M. Russell National Wildlife Refuge, a portion of which is along a five-mile stretch of the lower Musselshell River.

Water flows into reservoirs along the Missouri River above Sioux City, Iowa, were well-below average in February, and the 2021 runoff forecast for the upper basin remains below average.

Yellowstone National Park is recruiting for the 2021 Youth Conservation Corps, a residential work-based education program for young men and women between the ages of 15 and 18.

Caldera chronicles: What did Yellowstone look like before the hot spot?

We know Yellowstone today as the site of a huge caldera that erupted 631,000 years ago and covered the region in a thick layer of ash. But what was present before the caldera? 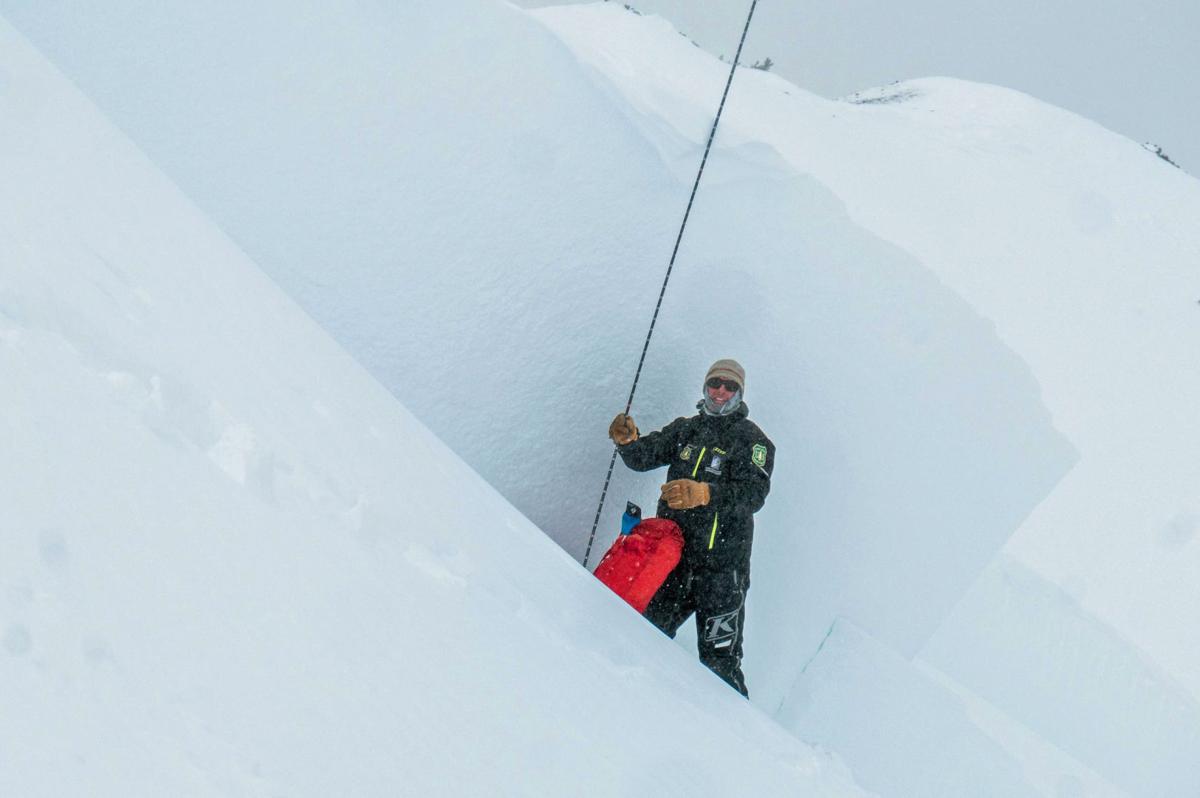 A member of the Gallatin National Forest Avalanche Center investigates a slide in the northern Madison Range on Sunday. The slide broke 10 feet deep, all the way to the ground, emphasizing the instability of the snowpack. 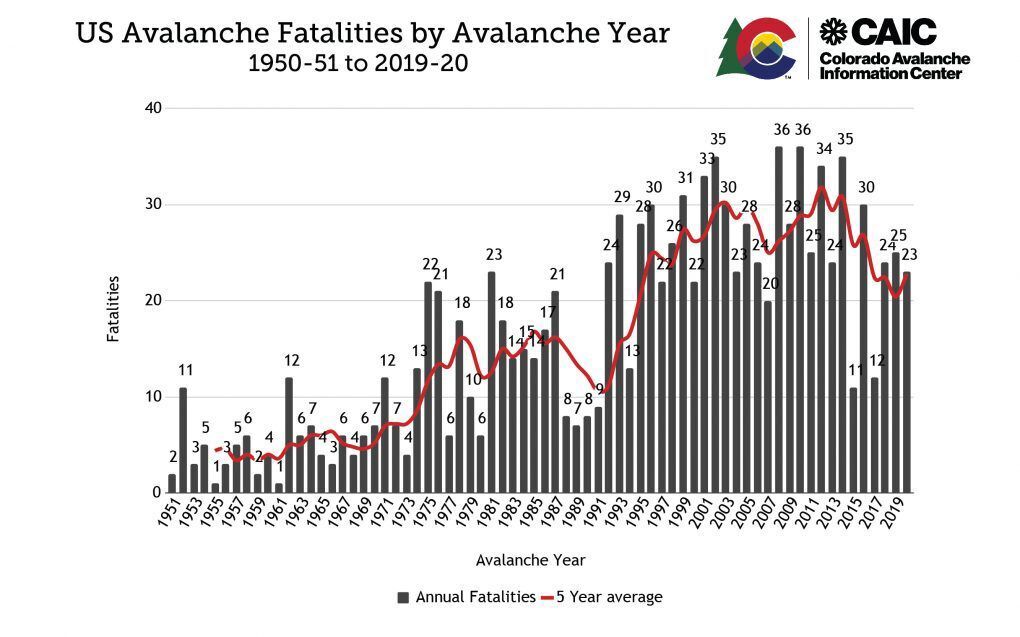 This graph shows the number of avalanche fatalities in the United States by season, peaking at 36 in the winter of 2009-10. 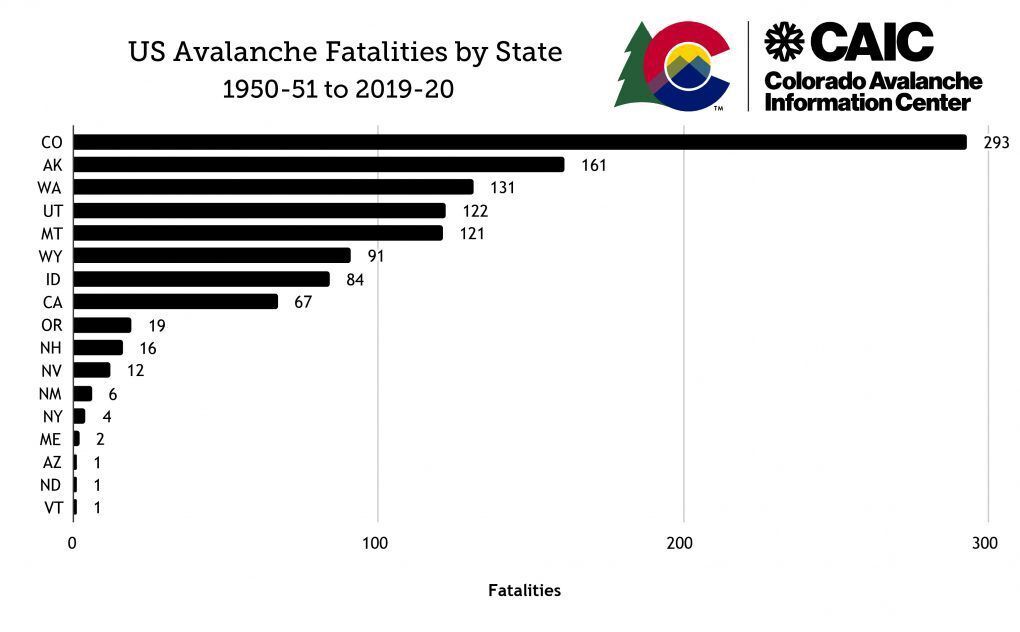