A study written about the remains of a 9,000-year-old woman buried in Peru with a hunter’s toolkit has captured national attention for a Wyoming-trained archaeologist and his colleagues while also sparking conversation about sexism.

Based on the find, the scientists concluded the remains and associated tools challenge long-touted beliefs that hunting was mainly a man’s task, while women tended to children and gathered plants for food.

“For far too long, women have been relegated to a diminutive role in the archaeological record according to the old school chauvinistic attitudes in the field of archaeology,” said Bonnie Lawrence-Smith, president of the Wyoming Archaeological Society.

“Throughout time immemorial women have always played a part in the survival of our species, from mother, to forager,” Lawrence-Smith added. “Why is it such a stretch to conceive that, yes, even as a hunter?”

Adrienne Mayor, a professor of Classics and History of Science at Stanford University, agreed. Mayor authored the 2004 book “The Amazons: Lives and Legends of Warrior Women across the Ancient World.”

“Among ancient hunter-gatherers and nomadic peoples of the steppes, an egalitarian lifestyle was not only logical but necessary for survival,” she said. “It makes evolutionary sense to train everyone — male and female — from a young age to use weapons, hunt, and defend the group. Everyone was a stakeholder and everyone could contribute to the group’s flourishing.”

A former University of Wyoming student, Randy Haas thought the news about his study — "Female Hunters of the Early Americas" — would be buried by the nation’s election headlines. Instead, a story about the investigation made the cover of The New York Times. He’s happy the paper has broadened the audience for archaeology and provoked debate.

“In the world of Twitter, everyone has an opinion about it,” he said.

Now an assistant professor of anthropology at the University of California-Davis, Haas grew up hunting with his family and spent part of his college studies exploring high-elevation archaeology sites in Wyoming’s mountains. Once thought to be too inhospitable for humans, recent research has revealed numerous campsites, buffalo jumps and animal traps at elevations near or above 10,000 feet.

Haas has taken what he learned in Wyoming and explored South America’s high Andes mountain range. It was there, during excavations at a site called Wilamaya Patjxa, that an early burial site was discovered in 2018. A body had been buried with a hunting toolkit that included projectile points and animal-processing tools. The team's expert on bones, James Watson of The University of Arizona, believed the skeleton belonged to a woman. That was later confirmed by dental protein analysis conducted by UC Davis postdoctoral researcher Tammy Buonasera and Glendon Parker, an adjunct associate professor.

With this knowledge in hand, the scientists began looking at published records of burials from around 11,700 years ago — the end of the last glacial period — throughout North and South America, identifying 429 individuals from 107 sites. Of these, 27 individuals were associated with big-game hunting tools — 11 were female and 15 were male. Based on their analysis, the team concluded that “female participation in early big-game hunting was likely nontrivial"-- somewhere between 30% to 50% of hunters in these populations were female. The analysis also identified the Wilamaya Patjxa woman as the earliest hunter burial in the Americas.

“There are ongoing discoveries of women of antiquity buried with arrows, spears, battle-axes, and swords, in excavations from Europe to China,” Mayor said.

“Strict gender roles were a luxury introduced later in human history, with the advent of agriculture and urban settlements,” she added.

Robert Kelly, a professor of anthropology at the University of Wyoming, said the sample size used by Haas and his colleagues was too small and spread across too large of an area.

“None of the other 10 burials they include in the sample of ‘female hunters’ is very convincing,” he said. “For example, they consider Alaska’s Upward Sun River's two cases to be among the best, but these are a newborn and an infant. Not hunters in life, clearly, but the addition of hunting-related artifacts suggests to the authors that people in this culture thought these two (female) infants were going to be hunters. Perhaps, but maybe the grave goods are important items that (male) hunters put in the grave to demonstrate their sorrow at the loss of a child.”

By eliminating questionable comparisons in the research, Kelly said a more likely scenario is that maybe 10% of females were hunters.

“I would not be surprised at that,” he said.

Montana archaeologist and one-time hunting guide Larry Lahren found the conclusion suspect as well, noting that many of the tools buried with the woman could have served other purposes besides hunting. For example, projectile points could have functioned as awls for hide processing, he said.

“A division of labor and identified roles in a hunter-gatherer culture reduced intra-group conflict and functioned for communal group survival,” he said.

Yet Bonnie Pitblado, a professor of anthropology at the University of Oklahoma, questions whether archaeology, long dominated by male researchers, may be looking at finds like the Peruvian woman through a constricted lens that has led to bias.

“The impression that men always hunt has undoubtedly influenced the way that many burials have been understood, including but not limited to those they evaluated,” she said.

Pitblado suggested more burial sites with human remains that contain projectile points should be re-examined to determine the sex of the hunter.

Mayor noted that Haas and his colleagues’ cited the invention of the atlatl as a tool could have compensated for physical differences among male and female hunters.

“Similarly, the invention of the bow and arrow served as an equalizer among the Eurasian steppe nomads of Scythia,” she said. “Archaeological discoveries there have revealed that nomadic horsewomen-archers participated in hunting and warfare alongside the men.”

Mary Zeiss Stange, author of “Woman the Hunter,” noted “ancient Greek philosophers and poets idealized women who wielded a bow like the goddess Artemis.” Likewise, in the 4th century BCE, the Athenian philosopher/general Xenophon sounded surprisingly modern when he objected to the argument against women hunting by saying “What has sex to do with it?” Stange pointed out.

Haas said his critics are “splitting hairs.” He believes the research shows that female big game hunters were much more common than previously thought. By raising the question he’s hoping more research will be done on the topic of division of labor between the sexes. While archaeologists may question whether a woman buried with a projectile points is a hunter, that same “interpretive gymnastics” wouldn’t be applied to a male, Haas said.

Haas’ most recent findings have earned praise from one of his preeminent predecessors in high-elevation archaeology, professor emeritus Larry Todd of Colorado State University.

“Haas and his team have undertaken a series of cleverly linked analyses that strongly suggest that early, mobile big game hunting may have been a much more inclusive activity than usually imagined,” Todd said. “While the ‘man the hunter/woman the gather’ characterizations works fairly for more recent, less mobile groups, this study does an excellent job in pointing out that rather than just assuming this is the way things have always been, we need to research the archaeological record with a critical eye seeking to find out what it is we don’t really know rather than as a way to confirm preconceived notions. This masterful research is an excellent example of linking the detailed specifics from a single small excavation to a continual scale comparative study of burial data, which confirms that traditional views of gender roles and early communal hunting are in need of reevaluation.”

“This exciting paper drives home the necessity for archaeologists to set aside gender bias and assumptions and pay attention to the compelling physical evidence from past cultures,” she said.

For too long archaeology of early people has concentrated on “what were people eating, and what kind of spear point did they use to bring it down,” Pitblado said. Research like Haas and his colleagues are conducting “propel us into the social lives and cultural decisions of First Peoples, and that is fundamentally much more interesting than what was for dinner.”

Cabin owners around Tepee Lake in northwestern Montana have petitioned the Fish and Wildlife Commission to ban motorized watercraft on the lake.

A citizens’ committee charged with making broad recommendations on the future of elk management in Montana met for the first time this week, but it is unclear how Montana Fish, Wildlife & Parks may consider the report once Governor-elect Greg Gianforte takes office next year.

Red Lodge Mountain will open with Miami Beach, the Magic Carpet, Willow Creek and Triple Chair operating. Snowmaking efforts have been underway since Thursday to beef up what Mother Nature has already dropped on the hill.

Whether it was because of the coronavirus pandemic, mild weather, or people out of work seeking solace in the outdoors, Yellowstone and Grand Teton national parks saw their busiest Octobers ever.

Get outside: River gauges provide insight to streamflows

If you are new to rafting, canoeing, kayaking or stand-up paddle boarding there’s a website that can provide you with some important information.

We know from decades of observation that Yellowstone’s geyser basins are always changing, but what about thermal activity beneath the waters of Yellowstone Lake? A team from the University of Minnesota deployed sensors on the lake floor and found that the environment is no less dynamic.

Caldera chronicles: How big was that earthquake?

Earthquake magnitudes may seem straightforward, but a lot goes into their calculation, and multiple methods can be used. These methods must account for many complications, like the impacts of local geology on the amplitude of shaking. In Yellowstone, a modern seismic network and experienced analysts make it possible to determine the magnitudes of even the smallest earthquakes.

Journalist and author Andrew McKean of Glasgow was appointed by Gov. Steve Bullock to the Montana Fish and Wildlife Commission Wednesday.

As far back as 1979 the concern about angler crowding on the Madison River has been a topic of discussion at the state government level.

The team is weighted toward agricultural and commercial interests and past critics of the agency. 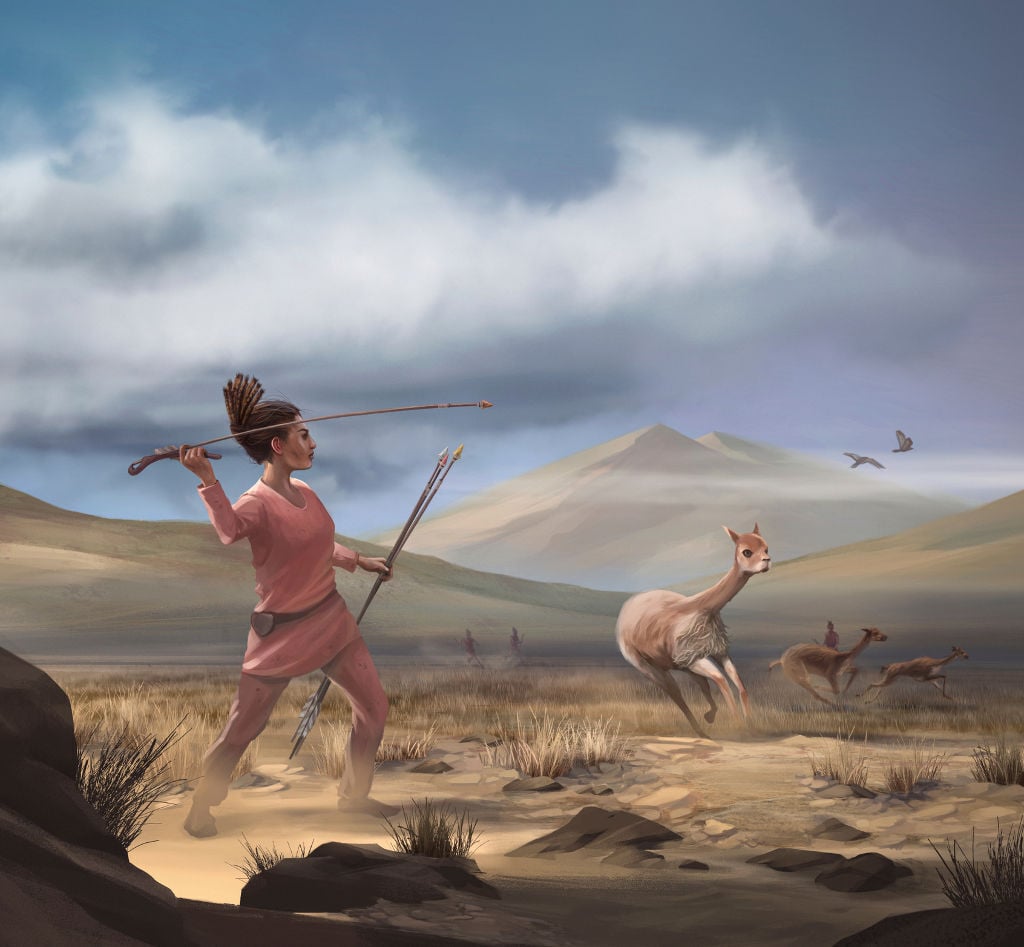 This illustration depicts what a female hunter in the Andes may have looked like 9,000 years ago. The illustration was prompted by recently published research of a woman's grave that included hunting tools. 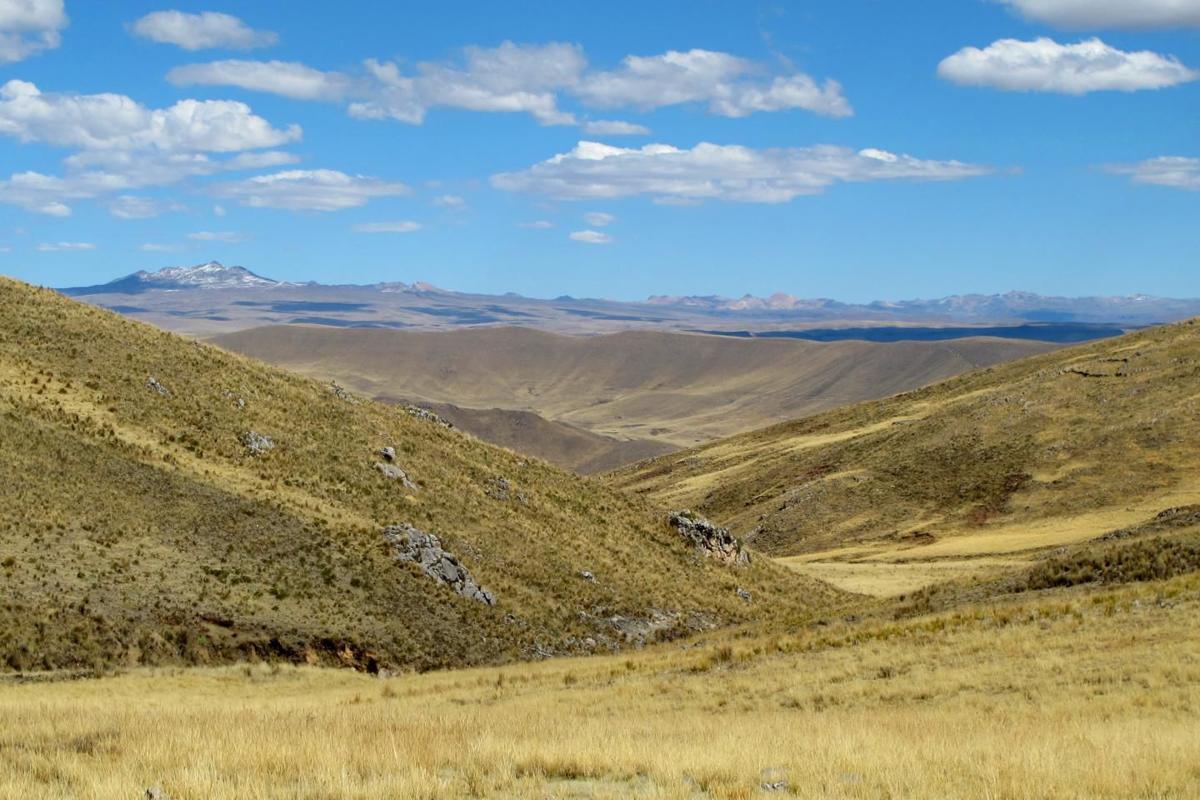