Yellowstone Caldera Chronicles is a weekly column written by scientists and collaborators of the Yellowstone Volcano Observatory. This week's contribution is from Cole Messa, Ph.D. student and professor Ken Sims, both in the Department of Geology and Geophysics at the University of Wyoming.

To the Crow, it was the “land of the burning ground” or “land of vapors”; to the Blackfeet it was known as “many smoke”; to the Flatheads it was “smoke from the ground”; to the Kiowa it was called “the place of hot water.”

Almost 150 years after its establishment by President Ulysses S. Grant, Yellowstone National Park stands as a global icon to natural splendor and conservation. Yet, a century and a half does not even begin to approach the true stretch of history that encompasses human exploration and occupation of the Yellowstone region.

In reality, hunter-gatherers have been interacting with Yellowstone for at least the past 11,000 years. These early indigenous people discovered, explored, braved, revered, hunted and mined the Yellowstone region long before the arrival of Euro-American settlers. Here, we do our best to offer just a glimpse into the rich history of Yellowstone’s first intrepid surveyors, much of which is still being uncovered today.

Kiowa, Blackfeet, Cayuse, Coeur d'Alene, Shoshone, Nez Perce and other tribes are all believed to have explored and utilized the park for its abundant resources during some point in their recent history, within the past several hundred years. In fact, some of the modern trails frequented by hikers in Yellowstone are believed to be relics of indigenous corridors dating all the way back to roughly 12,000 years ago, at the end of the last ice age when humans first appeared in the archeaological record in North America.

Many tribes passed in and out of Yellowstone on a seasonal basis. However, some of the Tukudika, or Sheepeaters, named for the bighorn sheep whose migrations they closely followed, stayed through the winter and are thus considered Yellowstone’s only known permanent residents. The Sheepeaters made bighorn sheep a staple of their diet and strived to incorporate every part of the animal into their lives by, for example, shaping their horns into bows by soaking them in Yellowstone hot springs. Sheepeaters would then sometimes trade these bows to other tribes who did not reside in Yellowstone country year-round.

Further, for the Sheepeaters and many other tribes, the hydrothermal splendor of Yellowstone served not only economical purposes but also ceremonial and medicinal purposes. Ancient tales hold that Dragon’s Mouth, located in the Mud Volcano area, was where the creator of the Kiowa people provided Yellowstone as a place to live.

Human history can often be viewed through the lens of commerce, and Yellowstone, a place rich in natural resources, found itself at the center of an ancient trans-American trade. This coast-to-coast exchange was spurred by the precious resource of obsidian.

Obsidian is an amorphous volcanic glass — a product of rapid quenching of magma upon eruption onto the surface — prized in creating arrowheads and spear tips due to its conchoidal fracture and ease of knapping. For more than 11,000 years Yellowstone’s very own Obsidian Cliff, located in the Norris-Mammoth Corridor just north of Roaring Mountain, served as a crossroads of commerce for indigenous people. This resource drew nearby tribes into the boundaries of Yellowstone, and modern archaeological efforts have documented more than 50 quarry sites on Obsidian Cliff.

This obsidian, the product of a specific lava flow, is readily fingerprinted through modern geochemical methods. To date, obsidian quarried and knapped from Obsidian Cliff has been found as far east as Wisconsin, Michigan, Ohio and Ontario. Some evidence even suggests that certain tribes, such as the Hopewell people, trekked 2,000 miles from their home along the Scioto River in Ohio to mine the prized resource in Yellowstone.

Yellowstone was an epicenter of indigenous oral tradition and cross-country commerce. The region had been utilized by these indigenous groups since the end of the last glaciation — the shoreline of Yellowstone Lake is riddled with arrowheads, spearpoints and preserved tepee rings — challenging the notion of a pristine wilderness untouched by human influence.

Unfortunately, while the U.S. government agreed that the Yellowstone region belonged to the various local indigenous tribes in the treaties of Fort Laramie (1851 and 1868), the establishment of Yellowstone National Park in 1872 by President Ulysses S. Grant spelled the end of indigenous occupation within the park’s boundaries. Although the Sheepeaters remained for seven years following the park’s establishment, park superintendent Colonel P. W. Norris was determined to remove indigenous people from the newly established park, believing them to be a deterrent to tourism efforts. Rumors were spread that indigenous tribes feared the geysers and hot springs of Yellowstone, many died of smallpox, and the remaining few eventually made their way to the Wind River Reservation established southeast of the park. Recognition of indigenous people's presence in Yellowstone is important for understanding this region’s full and storied history.

For more information on the history of indigenous people in Yellowstone, check out the following resources:

Trekking into Black Canyon Lake in the Absaroka Beartooth Wilderness requires some rock scrambling and route finding. The reward is gorgeous views and cutthroat trout, if the wind doesn't blow you away.

The way Lane Bunner tells it, the wolf was chasing his Jack Russell terrier, had closed to within 40 yards or so, and he had to make a split-second decision.

Animals that dig underground are called fossorial. The word comes from the Latin word fossor, which means digger.

Much is known about how the chemical compositions of gases vary across the Yellowstone volcanic system, but how they vary in time has remained largely a mystery. Our understanding should greatly improve with a recent installation of a station that continuously monitors gases and communicates those data in real time.

A suspected explosive device was safely detonated by bomb disposal experts at Williams’ Bridge fishing access site along the Jefferson River on Sunday, according to a Montana Fish, Wildlife & Parks press release.

Idaho Fish and Game officials said a deer die-off centered around Kamiah is caused by a variant of epizootic hemorrhagic disease, and they believe deer dying in other areas of the Clearwater region may be due to a different strain of the viral illness.

I have archery hunted for five years, only to be saved by rifle season in my quest to fill the freezer with an elk annually. 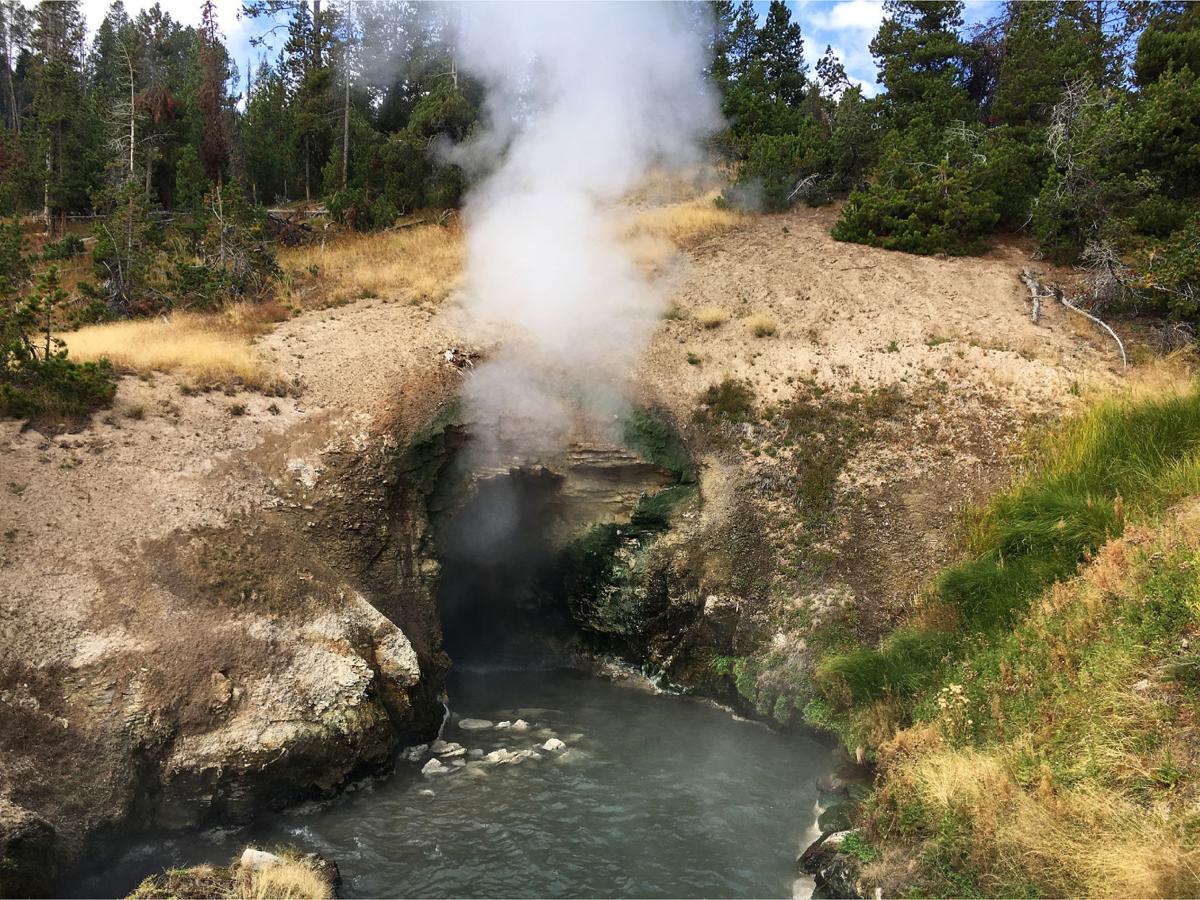 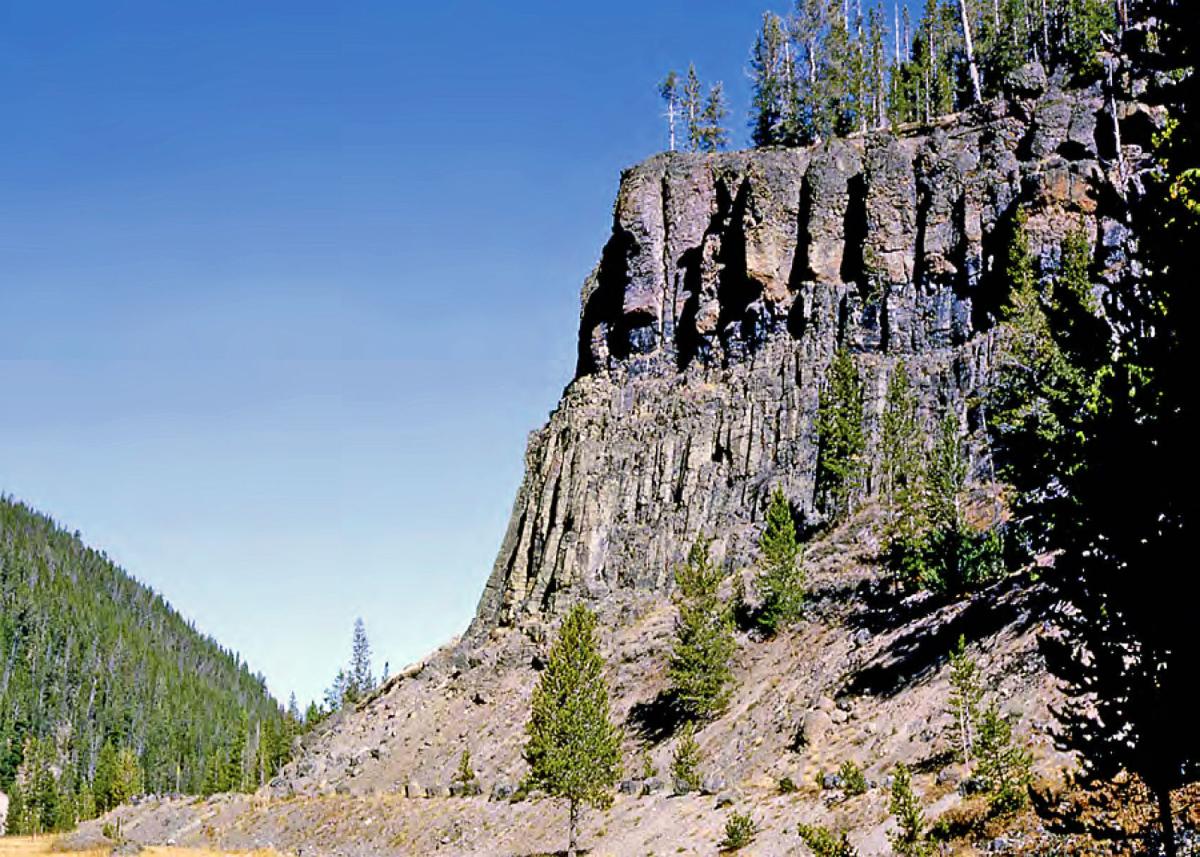