Daniel Ritz expected to scream, shout and throw his hands in the air with joy and excitement when he reeled in his final fish. Instead, catching the Eagle Lake rainbow trout — the last catch of a monthslong journey across the West to learn about native trout species — felt almost anti-climactic.

“I was looking for a sense of closure or achievement,” Ritz said in a phone interview. “But that was never going to happen. The whole point of this is you learn a little bit and you want more. It just makes you more curious.”

Ritz, a Boise, Idaho, resident, caught and released the Eagle Lake rainbow trout and 17 other trout species as he took on the Western Native Trout Challenge, an endeavor that pushes anglers to land trout in their native waters. It’s part of an initiative to conserve species whose habitats have been damaged by invasive species, wildfire and other challenges, like the Eagle Lake rainbow.

Ritz started his attempt last spring, traveling to 11 other Western states at a breakneck pace to complete the challenge on Sept. 24. But the 33-year-old said he’s far from finished learning about native North American trout and the threats they face.

“My whole life has been changed,” he said.

Ritz attempted the hardest tier of the trout challenge, called the master caster level. It requires anglers to catch and photograph 18 species across all 12 states included in the challenge: Alaska, Arizona, California, Colorado, Idaho, Montana, Nevada, New Mexico, Oregon, Utah, Washington and Wyoming. There are 20 native trout on the list, leaving only a little room for error for the master caster.

All along the way, Ritz cataloged his journey in stories for Trout Unlimited. He plans to write a book about the challenge, which only a handful of other anglers have completed at the master level.

The first few weeks of the challenge took Ritz to extremes. He started in Nevada with a Lahontan cutthroat, headed to a wildfire-charred landscape in New Mexico to land a Gila trout and fished still-frosty waters in Alaska, where he hit one of the major snags of the experience. Arctic char, one of the species he planned to catch, eluded him. Still, he took advantage of Alaska’s endless summer daylight to fish a 14-hour day with Eric Booton, the sportsmen coordinator for Trout Unlimited in Alaska.

In a phone interview, Booton said he was impressed with Ritz’s ability to adapt to the Alaskan landscape.

“In Alaska, all our species are native,” Booton said. “It’s much different from the Lower 48 and throughout the West.”

The rest of the summer saw Ritz traveling all around the West. In Utah, he completed the state’s cutthroat slam challenge with Trout Unlimited communications director Brett Prettyman. Prettyman helped create the state slam and worked on the design and production of the commemorative medallions that anglers earn when they complete the Western Native Trout Challenge. Ritz said Prettyman was also one of the first people to encourage him to take on the challenge.

“Getting people to go fishing and making them think about the historic range of a fish makes them start to ponder other things, like ‘how can I help this fish survive?’ ” Prettyman said in a phone interview.

Ritz fished in Wyoming, Montana, Colorado, Oregon and Washington, taking tips and guidance from local anglers and finding himself astounded by the people and places he encountered over and over again. At home in Idaho, Ritz pursued bull trout and westslope cutthroat.

“I’ve worked for years to get my first bull trout,” Ritz said. Landing it while he learned about the complexities facing the threatened fish — which include efforts to reopen the Stibnite Mine near Yellow Pine — made the experience even more memorable.

Ritz even traveled to Kernville, California, to learn more about the one species he knew he had no hope of catching: the Little Kern golden trout. Wildfire closure areas surround the only waterways where it’s found. Ritz said he arrived in 118-degree heat, a reminder of the challenges that trout — which typically prefer cooler water temperatures — are facing in the area.

“It wasn’t just about going out and catching the fish,” Booton said. “He wanted to learn as much as he could about the area, about the species. Knowing he was doing that for all his species, it was impressive.”

After several months of adventures, it was time for Ritz’s final fish. He said he was anxious as he drove to California’s Lassen National Forest to pursue the Eagle Lake rainbow in its namesake waterway.

For Ritz, it was an emotional weekend as he concluded the venture that had consumed much of the last five months of his life. But in many ways it didn’t feel like it was over.

“I thought I would feel like I had done something and it was behind me,” Ritz said. “It’s only made me want to do more of it.”

Ritz credited the kindness of other anglers, like Prettyman, Booton and more, for helping him complete the challenge so quickly. He said the experience restored his faith in humanity.

“There are a lot of people that are just giving of themselves in a way that is so inspiring,” Ritz said. “This would not have been possible without the people who helped me.”

The Boise angler said he also took some time for introspection, realizing that for him, much of the joy of fishing is in the pursuit.

“It’s the search that I love,” Ritz said. “I’m hooked on the pursuit aspect. There’s also this element of luck — you could do everything right and it could just not go your way. And I love that.”

Ritz said he plans to continue learning about the West’s trout species after realizing the hardships the challenge species face. Therese Thompson, coordinator for the Western Native Trout Initiative, said that’s part of the goal of the challenge: to keep anglers telling the native species’ stories over and over.

Thompson said at times she wondered if Ritz would be able to meet his goal of completing the challenge by Oct. 1.

“I was worried in June that Daniel wouldn’t be able to complete the challenge due to multiple national forests having to close as a precaution due to wildfires,” Thompson said in an email. “But wildfires are also part of the story of native trout conservation now in a drought and in a changing climate.”

There’s no time limit to completing the challenge or any of the state-specific slams. Most cost about $25, which typically goes toward conservation efforts.

“A lot of people think a challenge or slam needs to be done in a certain amount of time and they get intimidated and think, ‘I don’t have time to do that,’ ” Prettyman said. “We all have time to catch fish. Even if you don’t think you’re going to be able to do it, still think about (signing up) because it benefits the fish we’re seeking.”

Ritz saw those benefits firsthand, and he said he’s committed to sharing native trout species’ struggles in the hopes of inspiring other anglers to seek the fish out in their historic waters. He said it’s the best way to educate people about the issues the fish face.

“People want a tangible bite-sized (statement on) why native species are important,” Ritz said. “Sometimes it’s sad that you have to go so far and work so hard to find some of these species. When you’re there, you understand why. You will not be able to turn back.”

Hard look back: Author Doug Peacock asks 'Was It Worth It?' in new book

Doug Peacock's latest book compiles adventures his questing ambition has opened for him, from memorials to mentors to encounters with desert jaguars and island tortoises.

Daniel Voltz can’t remember when he learned how to ski, but, like many, dreamed of someday going to the Olympics.

Bossy chickens at the top of 'pecking order'

When chickens gather, some are bossy while others take orders.

Anglers are reminded that ice conditions can be extremely variable. Ice thickness can range from thick enough to support a vehicle to open water. Extreme caution should be used when accessing the ice.

Polar bears are traveling farther to find a meal as sea ice in the north shrinks.

Idaho biologists relocating sturgeon to see if they can boost growth

In a novel study, Idaho fisheries biologists are attempting to speed the growth of some Hells Canyon sturgeon and thereby establish a tool that could help sustain or expand the population of the long-lived fish.

Caldera chronicles: Understanding what's under your feet in hydrothermal areas

The geyser cones of Yellowstone are made up of material called sinter — a form of silica precipitated from hot water. When looking at the sinter under a powerful microscope, strange forms are revealed that are related to some of the earliest life forms on Earth. 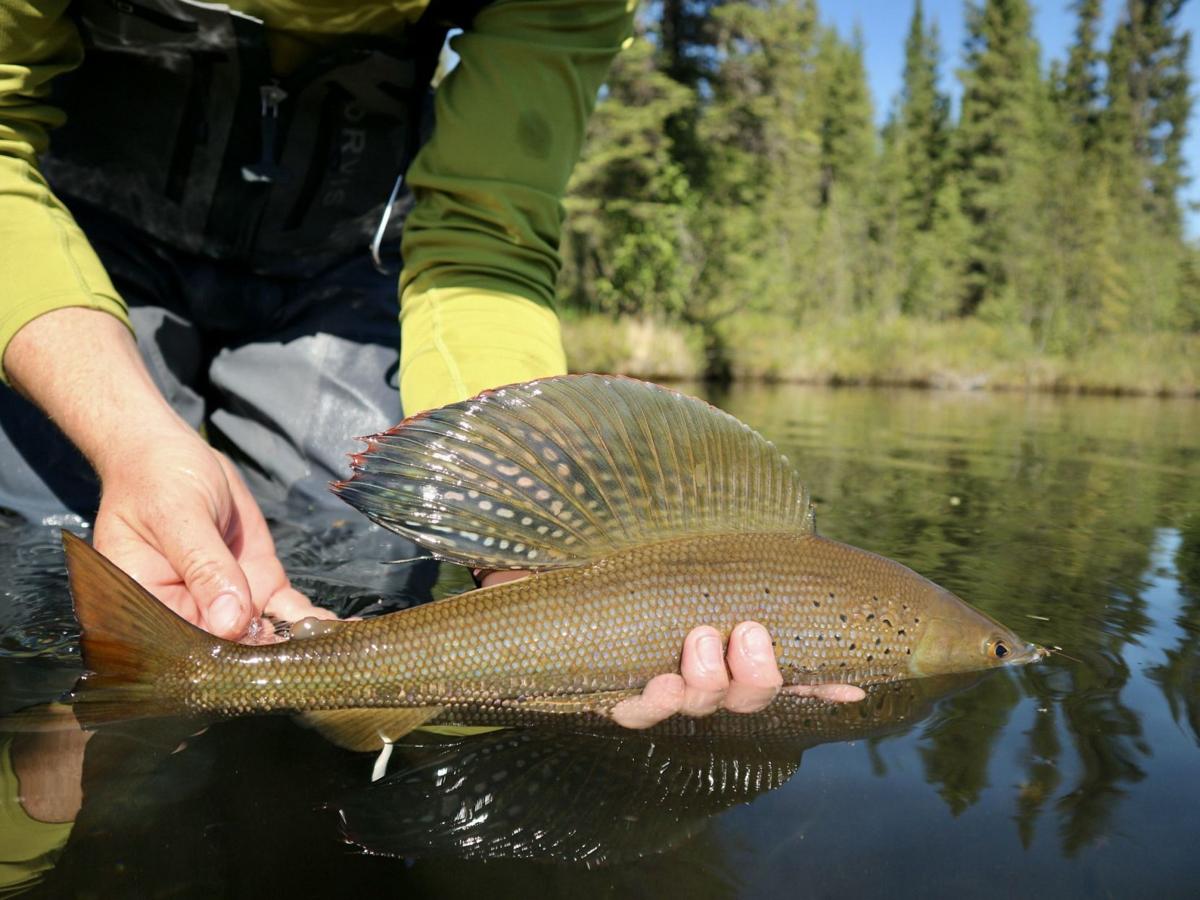 Angler Daniel Ritz cradles an Arctic grayling before releasing it back into its native waters outside Fairbanks, Alaska. 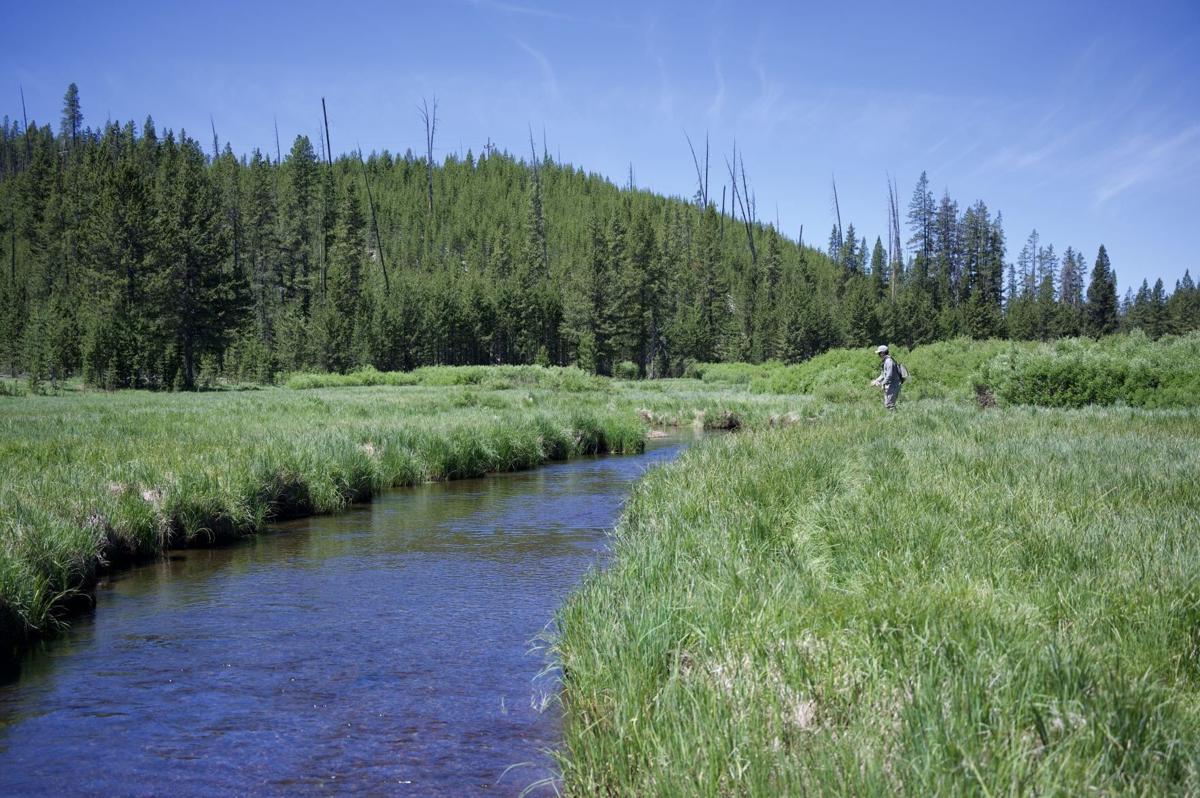 Ritz (pictured) started the Mountain West leg of his trip in Yellowstone National Park where he pursued the native but now difficult to find westslope cutthroat trout. 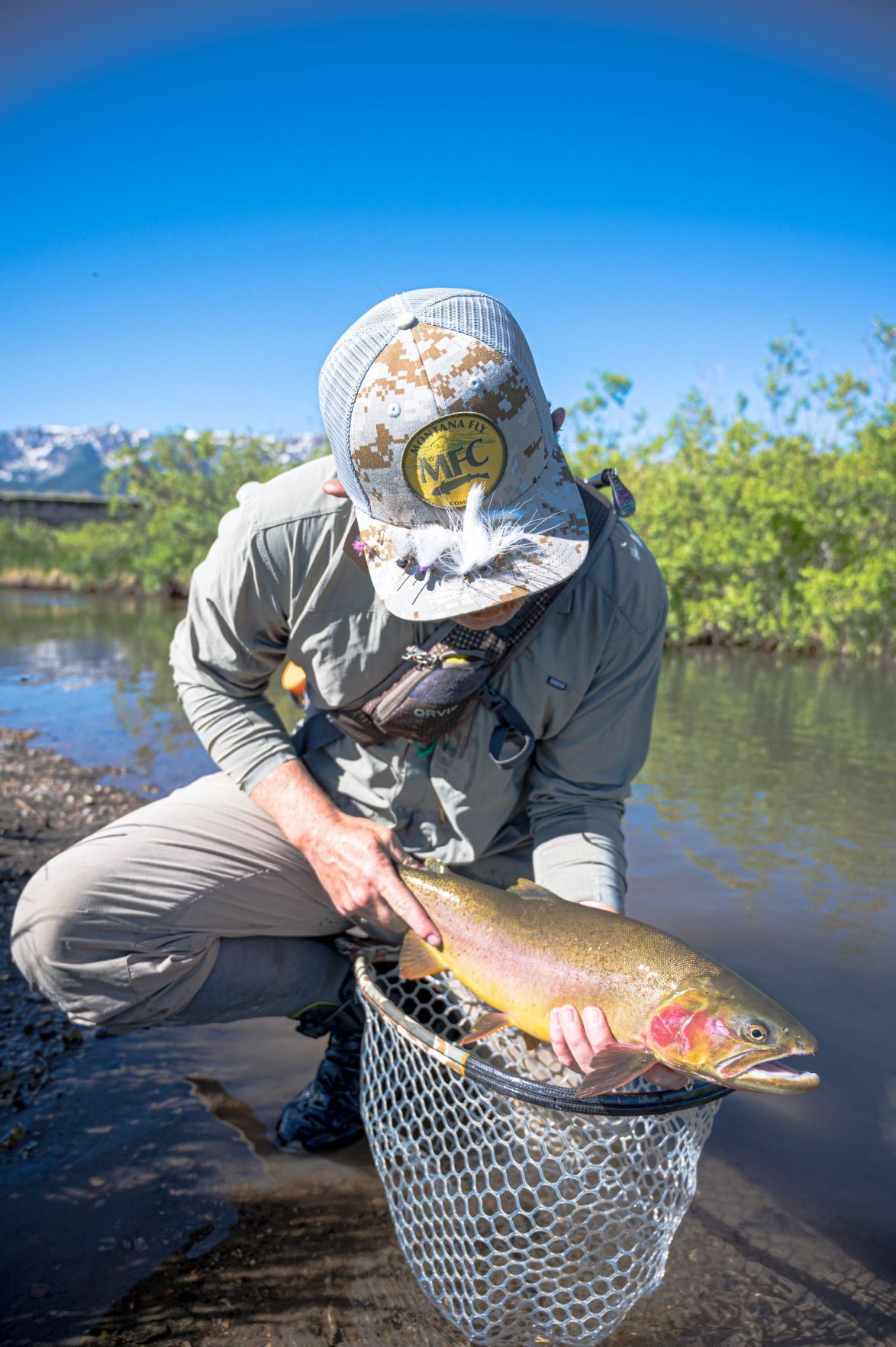 Daniel Ritz removes a Yellowstone cutthroat trout from the net before quickly returning it to its native waters in southwest Montana. Ritz, a Boise resident, caught the trout as part of a fishing challenge that took him to 12 states in pursuit of native species.