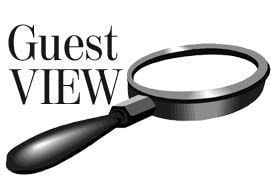 This fellow thinks that public land is state land. This thinking is in line with those who want to turn public land over to the states. By his own admission, Cliven Bundy has been stealing public land use for 25 years.

Let us be clear about federal lands. They do not belong to the government. They belong to the public. The “public” is you and me. The government, in the Bundy case, is the Bureau of Land Management that is charged with taking care of that land for the public. Again, “public” is you and me. The problem is that Bundy claims that the BLM does not have the right to charge him for use of public lands to run his cattle on. This inane argument is very hard to believe.

According to The Los Angeles Times, Bundy still owes us over $1 million for grazing his cattle on BLM land. Anyone who grazes his cattle on private land will have to pay grazing fees to the landowner. So why does Cliven Bundy think that he can stiff you and me for use of our land? Because we have let him get away with it.

Cliven Bundy has been living off of the public. Bundy and his ilk are just plain moochers. They think that they deserve charity because they are above the laws of this country. This is the same philosophy that fueled the Sagebrush Rebellion during the 1970s and 1980s and is currently fueling the effort, by the greedy, to transfer public lands to the states. They know Montana cannot afford to own those lands: Montana would have to sell those lands: the vultures will be waiting.

It is sad that Bundy was invited to Montana to spread this kind of anti-Montanan drivel by the Coalition of Western Property Owners, with support by Jennifer Fielder, a Montana legislator from Sanders County.

Harold Johns of Butte is a member of the Skyline Sportmen's Association and a lifelong outdoorsman.

A situation in the Crazy Mountains, near Big Timber, has existed for some time and now has become serious. Landowners are attempting to close …

Montana enjoys the longest hunting and trapping seasons in the West, providing incredible experiences for residents and visitors from around t…

The fringe element that wants to steal our shared national heritage — the lands and waters and fish and wildlife owned by us, the American peo…