Montana voters left no question which direction they want our state to go in 2020. This primary election was the beginning of the great “Conservative Comeback.”

Furthermore, nearly all the primary challengers that incumbent conservatives faced were defeated. Across Montana, we saw many Republicans, who joined with Democrats to pass hundreds of bills that grew government and raised taxes, go down in double digit losses.

With this outcome, three other entities were put on notice about how this next legislative session will go: our next governor; those who support the Confederated Salish and Kootenai Tribes Water Compact; and the Montana Chamber of Commerce.

The Montana Chamber poured a truckload of money into Nancy Ballance, who lost to a conservative firebrand, Rep. Theresa Manzella (R-Hamilton), by more than 25%. During the 2019 legislative session, Ballance supported countless anti-business bills, including job-killing taxes and larger government, like the 33% bed tax increase and Medicaid Expansion. With the fall of other members of Llew Jones’ team, we also saw the defeat of some who support the disastrous CSKT Water Compact, which takes water rights from Montanans in two-thirds of the state and may not hold up in the United States Supreme Court.

Conservatives will be in a position to defeat legislation that would raise taxes and grow government. The results of the Republican primary also serve as a warning to Solutions Caucus members who survived their primaries. The Republican Party has taken an appropriate turn back toward the party’s core principles of limited, effective government, low taxes and individual responsibility. It’s now up to the next Senate president and speaker of the House to place conservatives at the helm of key committees such as House Appropriations and Senate Finance and Claims.

We can also be encouraged by the wave of young conservatives on the ballot. Rep. Casey Knudsen (R-Malta) won his primary in a landslide. Young conservatives like him, Rep. Seth Berglee (R-Joliet) and Sen. Kenneth Bogner (R-Miles City), could be joined next session by House candidates Braxton Mitchell (R-Columbia Falls), Mallerie Stromswold (R-Billings) and Katie Zolnikov (R-Billings) — all under the age of 25.

This is not to say that there’s no place for independent thinking within the Republican Party. We are, and have always been, the party of ideas — and that’s something to be proud of. In the Senate, Duane Ankney (R-Colstrip) and Steve Fitzpatrick (R-Great Falls) vote their districts and are known for hard work on important legislation — including strong pro-life and pro-business bills.

As Republicans move back to our core principles, Montana citizens are the beneficiaries of the sound, fiscal leadership they deserve and desire.

Save The Fish! The Humans can go to Hades! (The crematory garbage fires at the gates of Jerusalem where the bodies of the paupers were thrown.)

Montana needs a governor who will protect, not jeopardize, frontline health workers

Over the past month, several of Montana’s hardworking frontline health officials have left their posts after being harassed and intimidated fo…

Tens of millions of dollars are generated every year to support Montana public schools through stewardship of our State Trust Lands.

Guest view: America is under attack

America is under siege. We are threatened by an enemy that is undermining the very foundations of our Constitution and the American values tha…

Guest view: Anti-government rhetoric is not the answer

Today the U.S. is failing the biggest test since World War II. The wealthiest country on Earth has gone from the envy of the world to the obje…

As healthcare workers across Montana, we applaud Governor Steve Bullock’s steady leadership and commitment to keeping Montanans safe during th…

It’s cool this morning. There is a different feel to the air. The days are slowly getting shorter, my bird dogs are getting restless and I am …

Why New York is suing the NRA: 4 questions answered

(The Conversation is an independent and nonprofit source of news, analysis and commentary from academic experts.) 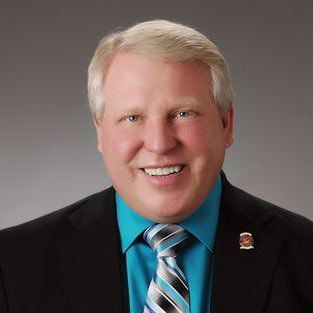