The Alliance for the Wild Rockies just put up a billboard in Helena with this picture of a massive Forest Service clearcut along the trail to Blackhall Meadows. The Forest Service claimed this utter destruction would be “forest restoration” supposedly intended to “protect Helena’s municipal water supply” from wildfire. But a picture is worth a thousand words: clearcuts are not restoration.

It is also well-documented that wildfires burn right through clearcuts in Montana and across the West.  Clearcuts are full of highly flammable weeds and kindling-like slash, and the removal of the large fire-resistant trees and moisture-retaining, shade-creating forest canopy during logging leaves a landscape that is dramatically hotter, drier, and windier — precisely the type of conditions that increase the risk of wildfire ignition and spread.

The Alliance challenged this massive clearcutting in court but we could not stop the entire project. This area is important, rare habitat for imperiled wildlife species such as grizzly bears, lynx, and wolverines. The area also used to provide great elk hunting.  Now, this excessive logging on the Helena National Forest is not only taking what little habitat remains on public lands for endangered species, but it is also degrading public land elk habitat to the point that elk are pushed onto private lands.

Montana’s Department of Fish, Wildlife and Parks has repeatedly warned that loss of elk security on National Forests is forcing elk on to private lands, where problems from broken fences to loss of forage cause increasing conflicts with private landowners. Because many private lands are off-limits to public hunting, it also makes it more difficult to manage herd size and ensure public hunting opportunities.

Despite the known problems with elk being displaced from public National Forest lands across the Helena National Forest, the Forest Service refuses to change course.  Instead, the agency serially implements exemptions to its own mandatory land use plan, called a forest plan, in order to move forward with logging projects that are so harmful to elk habitat that they violate the agency’s own management plan.

When pressed, the Forest Service will claim that its plan contains old science on protections for elk security, but if that were true, then why isn’t the agency implementing the new science on protections for elk security?  The truth is that the agency is ignoring all science — both old and new — in favor of never-ending logging and road construction projects on our public lands.

In part because of this major shift from public land to private land, the Montana Fish Wildlife and Parks Commission just voted to extend late antlerless elk seasons in 18 hunting districts around the state, primarily on private lands since that’s where the elk are moving to. The late season now runs from the end of the 5-week general rifle season in November until Feb.15, 2022.

Killing pregnant elk in February on private ranch land is not an ideal Montana hunting experience.  Montanans rejected canned hunts for a reason.  We have the available public land for fall public land elk hunting, but we can only use it if the Forest Service starts valuing public land hunting opportunities over the subsidization of private logging companies.

So the next time you hear the Forest Service propose a"restoration" project, remember this clearcut on the Blackhall Meadows trail, and look at the substance beneath the euphemism.  What you will likely find is more commercial logging subsidized by the federal taxpayer, more logging roads that will erode into our streams, and fill our public lands with knapweed, and more displacement of our elk onto private lands where we can no longer enjoy a successful public land hunting opportunity.

The Alliance will not accept this elevation of private profit over public interest.  Please join us, and with your help, we will continue to oppose the auctioning off of our public lands to the highest timber industry bidder.

Mike Garrity is the Executive Director of the Alliance for the Wild Rockies. 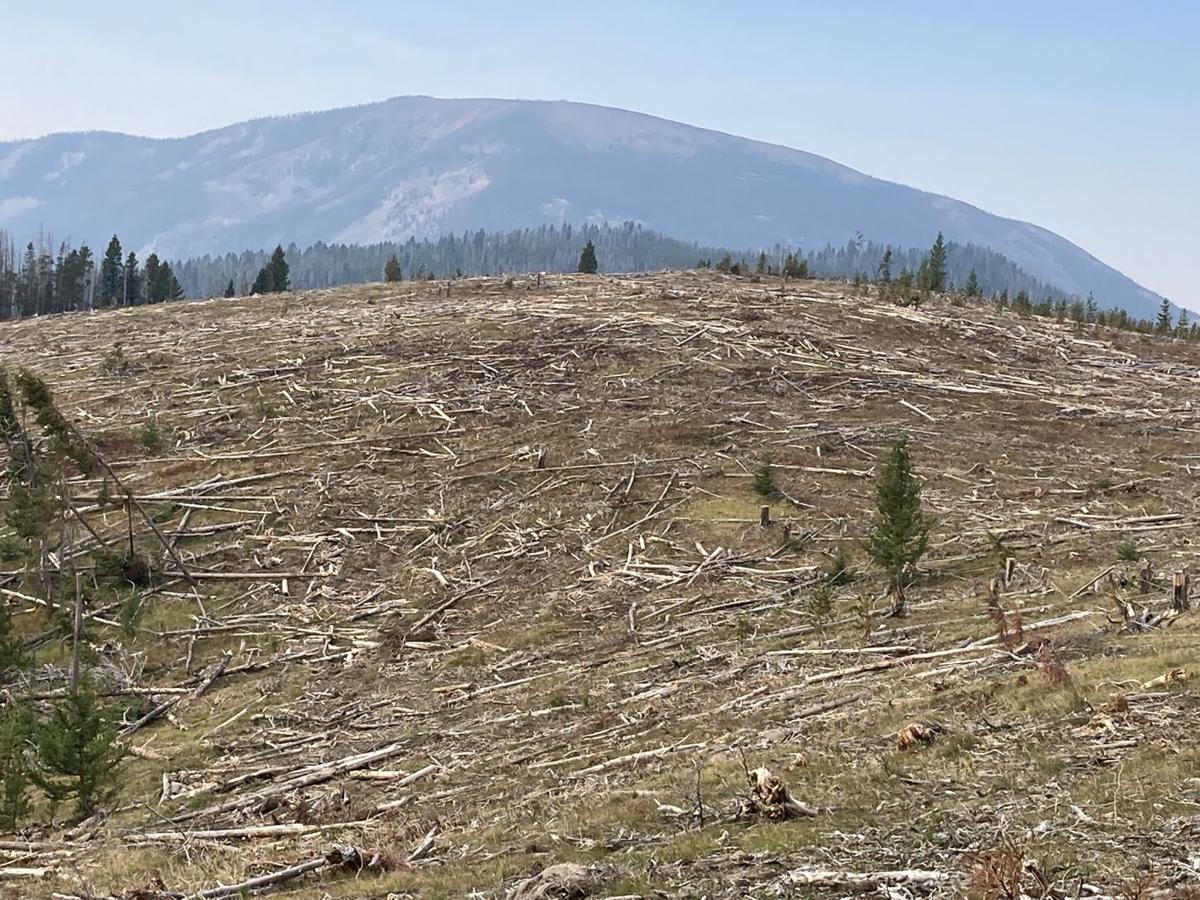 This clearcut is along the trail to Blackhall Meadows.