Though the program at issue was small, it could have major effects if future political leaders in Montana don’t maintain our commitment to fully funding public schools. In short, with the Supreme Court case over, the future of our public schools is in the voters’ hands this November.

Public education is one of Montana’s core values. It’s a guaranteed right in our groundbreaking 1972 Montana Constitution. The framers of our constitution believed that providing a free, quality public education to all was the highest and most noble calling of our state. It is a Montana value worth protecting.

But an out-of-state group called the Institute for Justice sought to challenge the protections our framers wrote into the Montana Constitution that defend Montana’s public schools. After the Supreme Court’s decision last week, school privatization activists and candidates in Montana celebrated and are emboldened to make bigger attacks on our public schools.

Last week’s developments are the latest in an alarming trend to undermine public schools and funnel our tax dollars to private institutions. The decision could give a green light to politicians who want to send our taxpayer dollars to private schools. These are the same schools that have a history of discriminating against low-income children, turning away disabled students and children who require special education programs, and typically operate under limited to no oversight.

When we start discriminating against our children based on which family has money, which family won the scholarship, or which family was granted a tax credit, we fail our kids–and we betray the values enshrined in our constitution. An education that is left up to chance will never benefit all children, and the promise of a quality education ensured by our state constitution is compromised.

Montanans are lucky to live in a state governed by a constitution that was drafted by citizens, not politicians, lobbyists, or other special interests. But our constitutional right to a quality public education is only as strong as the leaders we elect to defend it.

Unfortunately, these same special interests who brought this case to the Supreme Court are working to elect their own school privatization candidates in our next Attorney General and Superintendent of Public Instruction. These elected offices have the power to further undermine our constitution – allowing resources to be diverted from public schools and put into private schools. We cannot let this happen to our schools and Montana families.

Education remains our great equalizer. The only way we can ensure our children are given the chance to succeed to their full potential is to protect a public school system that uplifts, encourages, and loves every child equally.

The court's decision poses real risks to public education, but it’s just one of several battles in a longer war to defend public education in Montana. Attacks on our schools will not stop until we elect public school advocates at every level of government who aren’t afraid to stand up for all children.

Make your voice heard in November and vote for leaders who will defend our constitution and advocate for all Montanans – advocacy that starts by standing up for our schools.

Montana was one of the four states in the nation hit hardest by the “Spanish flu” a century ago, and Butte was the hardest-hit Montana city. M…

Guest opinion: We need each other more than ever now

Fall semester classes at Montana Technological University have concluded, and it was a semester, unlike any other. COVID-19 forced us and 2,40…

Guest view: Making the call to save Montana's veterans from suicide

Montana has among the nation’s highest concentration of veterans — at the same time that the U.S is experiencing a dangerously high level of v…

Montana is often referred to as the “last best place,” but by one measure it’s the second-worst place in the Mountain West in terms of harmful… 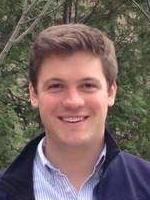 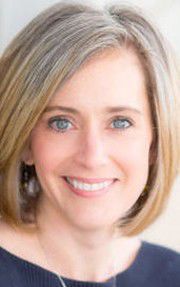