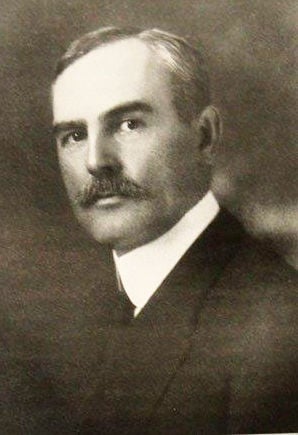 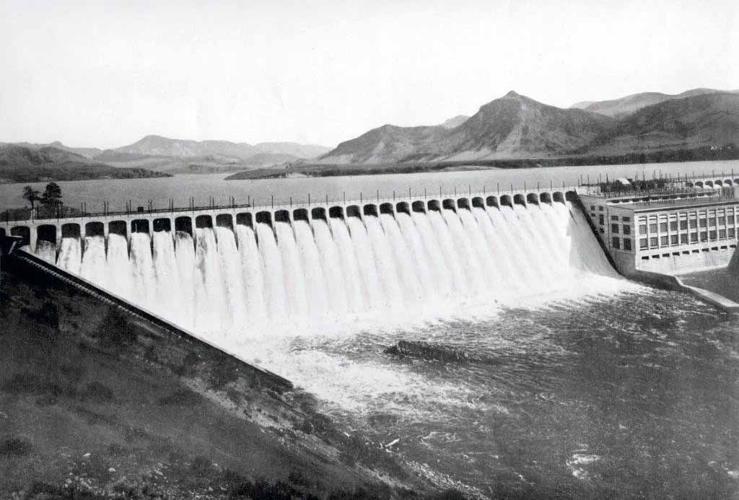 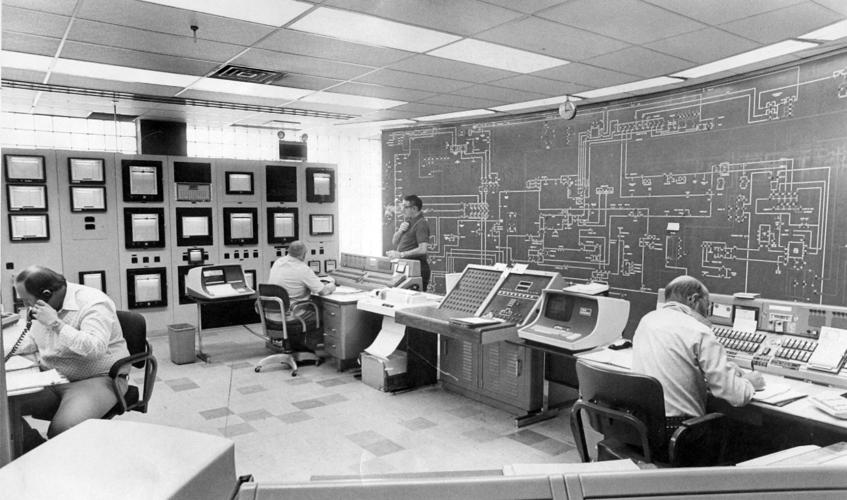 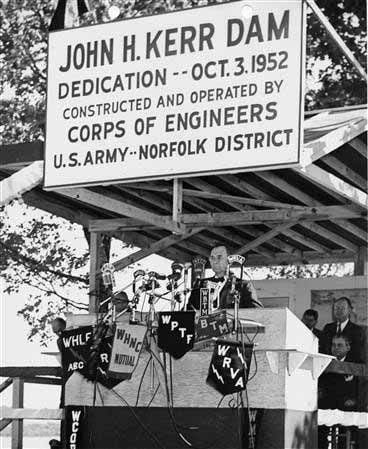 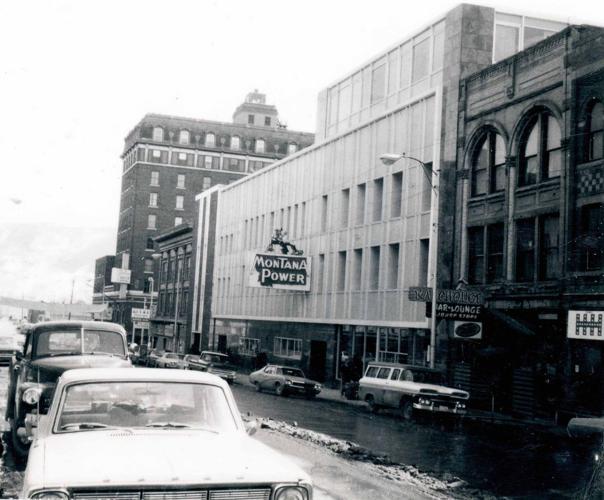 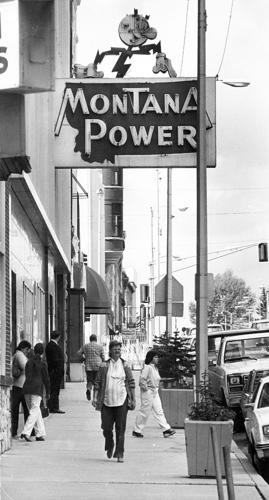 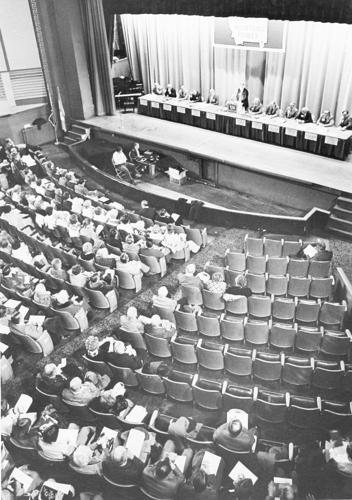 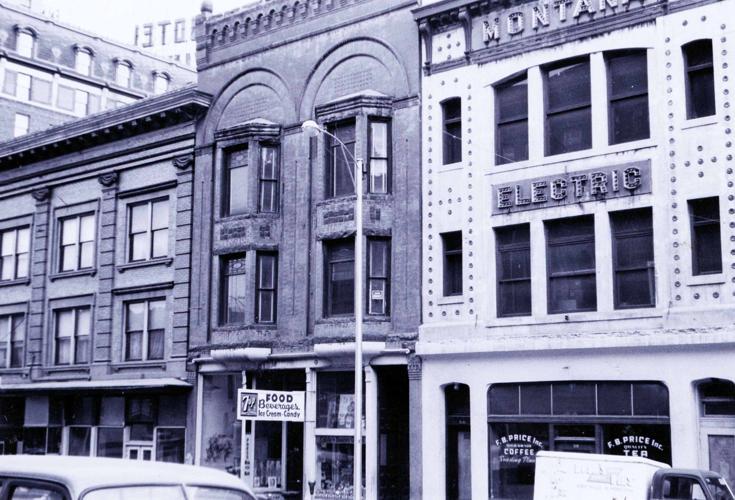 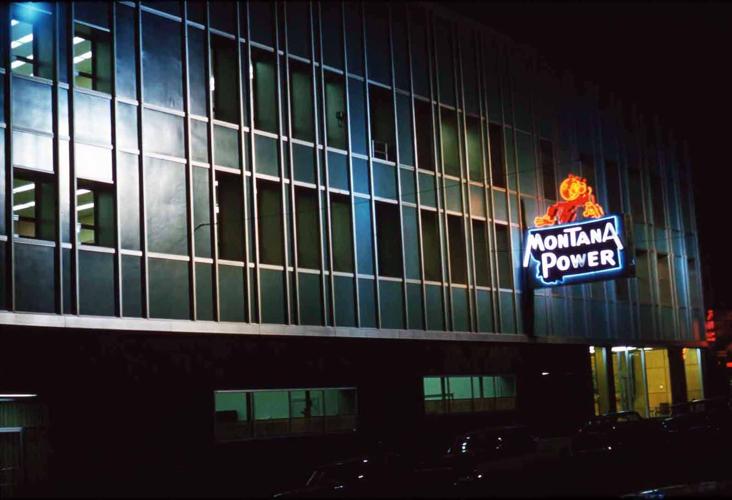 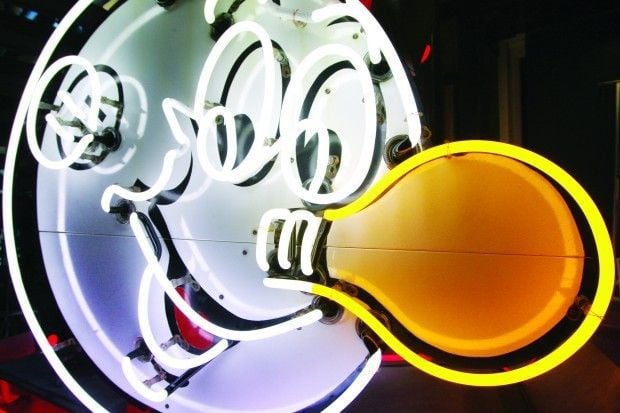 Part of the Reddy Kilowatt sign that for decades was mounted on the exterior of the Montana Power Co.’s home office at 40 E. Broadway, is pictured here in a file photo. 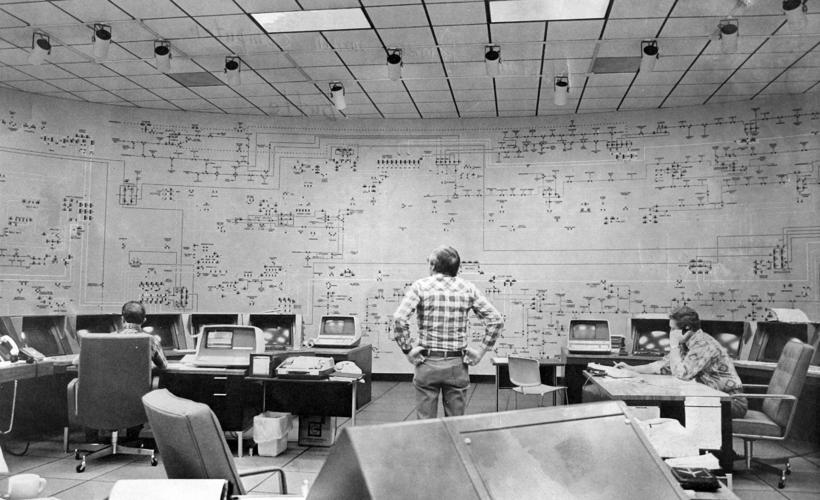 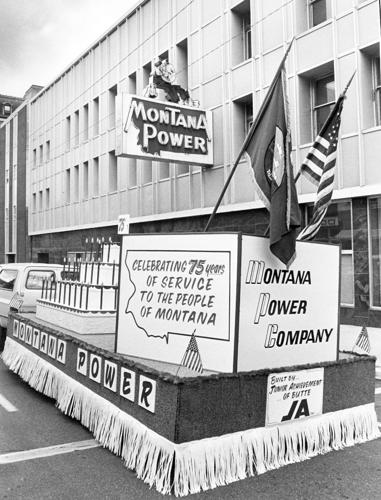 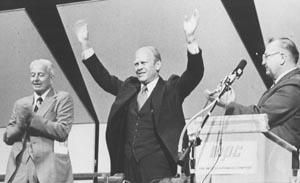 1912: The Montana Power Company (MPC) is formed through a merger of several regional utilities that earlier had acquired close to 50 smaller utility companies in Montana. MPC’s primary sources of energy supply were 10 hydroelectric generating stations dating to 1890, plus four steam plants. The company provided power to the larger cities in the state, coal and mining operations, and railways.

1912-1914: Fueled by the needs of the mines in Butte and the move to electrify railroads, MPC builds the Thompson Falls, Holter and Ryan Dam hydro facilities in Montana.

1914-1918: World War I amplifies the diversification of power use around the country.

1923-1924: The incorporation of Northwestern Public Service (NPS) brought together two electric utilities in Nebraska and two in South Dakota. NPS transfers its general office to the top floor of the Marvin Hughitt Hotel in Huron from Aberdeen.

1924-1941: NPS continues to purchase dozens of local and regional utilities in South Dakota and Nebraska. Acquisitions also include include manufactured gas, coal and oil generating properties.

1929-1933: The Depression causes a decline in industrial activity as well as a severe cutback in production of copper and zinc. MPC begins to acquire natural gas acreage in Montana.

1931: MPC builds close to 250 miles of 20-inch natural gas pipeline in Montana from the Cut Bank gas fields to the mines in Butte. It has branch lines to Helena and Deer Lodge.

1931-1944: As a byproduct of natural gas production, MPC refines and sells Power gasoline until the company is forced by the federal government to divest its gasoline business.

1941: NPS gives into public pressure and sells its electric utility holdings to the state of Nebraska for public ownership. NPS uses its payment from this sale to purchase natural gas operations in Kearney, North Platte and Grand Island, Neb.

1952: MPC works with Canada to obtain a first-ever special defense permit for the export of gas to the U.S. from Canada under the stipulation that the gas must be used exclusively for the Anaconda Copper Mining Company.

1953: NPS begins to purchase power from Missouri River dams built as part of the federal Flood Control Act of 1944.

1952-1957: Beginning with the towns of Brookings and Madison, NPS works to secure gas franchises from cities and gas supply from operators while building gas distribution systems in South Dakota.

1959: MPC enters into the coal generation business with the purchase of coal mines near Colstrip. The Rosebud mine became one of the largest mines in the nation.

1959: In collaboration with the federal government, MPC builds 94 miles of transmission and its associated distribution lines within Yellowstone National Park.

1973-1984: MPC and its other ownership partners complete two 330-megawatt and two 700-megawatt coal-fired generating units in eastern Montana. Power from the plants is carried across the company’s twin 500-kV lines from Colstrip to Toston, where they connect with a Bonneville Power Administration line.

1984: MPC organizes its nonutility functions under Entech, a wholly owned subsidiary engaged in mining, oil, natural gas and technology in the U.S., Canada and Brazil.

1994: NPS expands into other forms of services nationwide including propane, technology, telecommunications and HVAC businesses.

1997: MPC decides to sell its generation, mining and oil production assets and invest in telecommunications.

1999: MPC sells all of its electric generation assets to PPL. It subsequently sells its oil, natural gas and coal properties.

2003-2004: NorthWestern Corporation seeks to complete a financial restructuring under Chapter 11 protection. Within 15 months, the company emerges from Chapter 11.

2016: NorthWestern Energy moves to Montana General Office at 11 E. Park Street in Butte, after more than 100 years at 40 E. Broadway. The building represents the most significant project in Uptown Butte in many decades.

Park and Main: A look back in celebration of NorthWestern Energy's new building

Here's a retrospective gallery of the corner of Park and Main streets in Uptown Butte, site of the new Northwestern Energy headquarters buildi…

‘It ain't got no fountains’: A look back at the construction of the NorthWestern Energy building

Part of the Reddy Kilowatt sign that for decades was mounted on the exterior of the Montana Power Co.’s home office at 40 E. Broadway, is pictured here in a file photo.