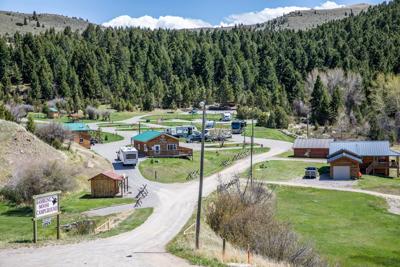 This story is part of the Lee Enterprises series "Grizzlies and Us." The project examines the many issues surrounding the uneasy coexistence of grizzly bears and humans in the Lower 48, which have come  into focus in recent years as the federally-protected animal pushes farther into human-occupied areas. The 10-part series, comprised of more than 20 stories, was produced by outdoor reporters and photojournalists across the Rocky Mountain West.

Stroll the historic ghost town boardwalk, and you might see chuckwagon dinners, vigilantes and gunfights.

You won’t likely see a bear getting into the garbage.

Because Virginia City isn’t just a national historical landmark, the site of the richest placer gold strike in the Rockies and the first territorial capital of Montana in the mid-1800s. The small bustling tourist town is also trying to become Montana’s first Bear Smart Community.

Following a Canadian model that reduces conflicts between bears and people, the community a few years back teamed up with conservation group People and Carnivores to forge a harmonious coexistence with black bears by taking simple measures: bear-resistant garbage cans, hydraulic lids on the dumpsters at the local landfill, and efforts to manage the town’s abundant fruit trees.

The precautions are especially urgent as grizzlies move back into their historic range. A grizzly was confirmed a few miles outside town in 2017, and residents expect more are on the way.

“We kind of all realize that we live amongst grizzlies, but that hit close to home," said Justin Gatewood, the town’s mayor.

The Virginia City populace prides itself on its character.

“We're not eccentric — we're eclectic,” said Bob Erdall, while hammering in new planks on the boardwalk. “I tell people that just because eccentric makes it sound like we're a bunch of nuts. And we are, but we don't advertise that.”

Before the town went bear-smart, you could drink a beer at the Pioneer and watch a black bear mosey down the boardwalk, tipping over every 55-gallon garbage drum in a line, before the bear made its way around the back of restaurants.

It happened every night for a week in 2016, and every year there were problems, Gatewood said.

Folks had near-misses in those days. Gatewood used to have conventional garbage cans outside his home. He won’t soon forget the time his 1-year-old son ran out the door and almost smacked right into a black bear rifling through the cans.

Erdall has his fair share of bear stories from the days before the town took action. Mostly, they involve legendary elderly women who have since passed away.

There was Ida Blair, around 90 years old when she went eyeball-to-eyeball with a great big black bear by her apple tree while holding a basketful of laundry. And Vera Romey, in her 90s when she chased a bear up a cottonwood for eating the cat food on her porch. She stood casually at the base of the tree until the police scared it down with a garden hose, and the bear plopped down beside her.

The local transfer station was the paramount problem. It often had to be closed for black bears working the dump in shifts.

Down the road in Nevada City, another relic from the gold rush days, the windows of the restaurant still have the claw marks from a hairy intruder that climbed inside to dine after hours.

It was all bad for the habituated bears. They were repeatedly captured to be relocated or euthanized.

Five years ago, People and Carnivores and the Virginia City community took action, first by putting hydraulic lids on the dumpsters at the transfer station and putting bear-resistant garbage containers in town.

Those steps made a huge difference.

"We've cut down dump closures and these incidents of bears in town almost to the point — knock on wood — of non-existence," Gatewood said.

That’s remarkable, because Virginia City is as rich in wildlife today as it once was in gold.

Kim and Greg Jorczyk, owners of the Rambling Moose Campground at the edge of town, call the hills immediately behind their operation “the animal highway.”

Grizzlies frequent the Gravelly Range to the south, as documented by regular hunter-grizzly conflicts. To the north, the Tobacco Root Mountains aren’t known to have grizzlies, but a 2017 study by Montana Fish, Wildlife & Parks and the U.S. Geological Survey said the range “may be a particularly pivotal stepping stone” between bears from the Northern Continental Divide and Greater Yellowstone ecosystems’ populations.

Virginia City rests right in the middle of the two ranges.

So far, there have been no confirmed grizzly sightings in the hills behind the campground or in town.

Other species cross in droves, however. Game cameras in the trees record the show.

Nights, a parade of black bears, deer, moose, coyotes, fox and mountain lions march the game trails within a stone’s toss of the RV and tent sites.

“And turkeys,” said Kim Jorczyk, shaking her head with a laugh. “They were mating on camera yesterday.”

The campground removes the chokecherries as they ripen in summer to keep the bears away from the campers near the bushes, and uses bear-resistant garbage containers. People and Carnivores also leads a community-wide fruit picking effort to glean the apples before the bears arrive.

The owners educate campers on bear spray and garbage disposal. They don’t use bird feeders because that could attract bears, and make guests clean and store their grills.

The Jorczyks even require guests to sign a liability release if they choose to roam the game trails on the animal highway. If that sounds extreme, just watch the game cameras — a source of everyday excitement for the owners.

Kim gets an alert and a live feed on her wrist watch when there’s an animal back there.

Once an alert came right after setting up a camera, and on her watch Kim saw a big black bear sow watching her walk away before it tried to claw the camera off the tree.

The Rambling Moose would be dangerous sort of zoo had the owners not embraced the Bear Smart concept to the extreme, Kim said.

Instead, the bears and other wildlife largely leave the campers alone, and vice versa. There hasn’t been a single injury due to wildlife since Kim and Greg bought the place in 2018, and no animals have been euthanized because of their operation.

Sure, a couple of campers woke to the sound of a screaming woman once, only to find it was actually a mountain lion screaming underneath their camper. And once a man from the Netherlands – so tall that his head bulged into the side of his tent – woke to heavy snuffling as a black bear nuzzled his head.

But a little excitement is unavoidable living close to wildlife, and the efforts have paid off.

“It's my property,” Kim said. “I want to make sure it's safe for everybody. It's simple things. This isn't hard. I'm going to keep conflicts to a minimum.”

“I don’t want it to be my fault that a bear has to be put down,” Greg added. 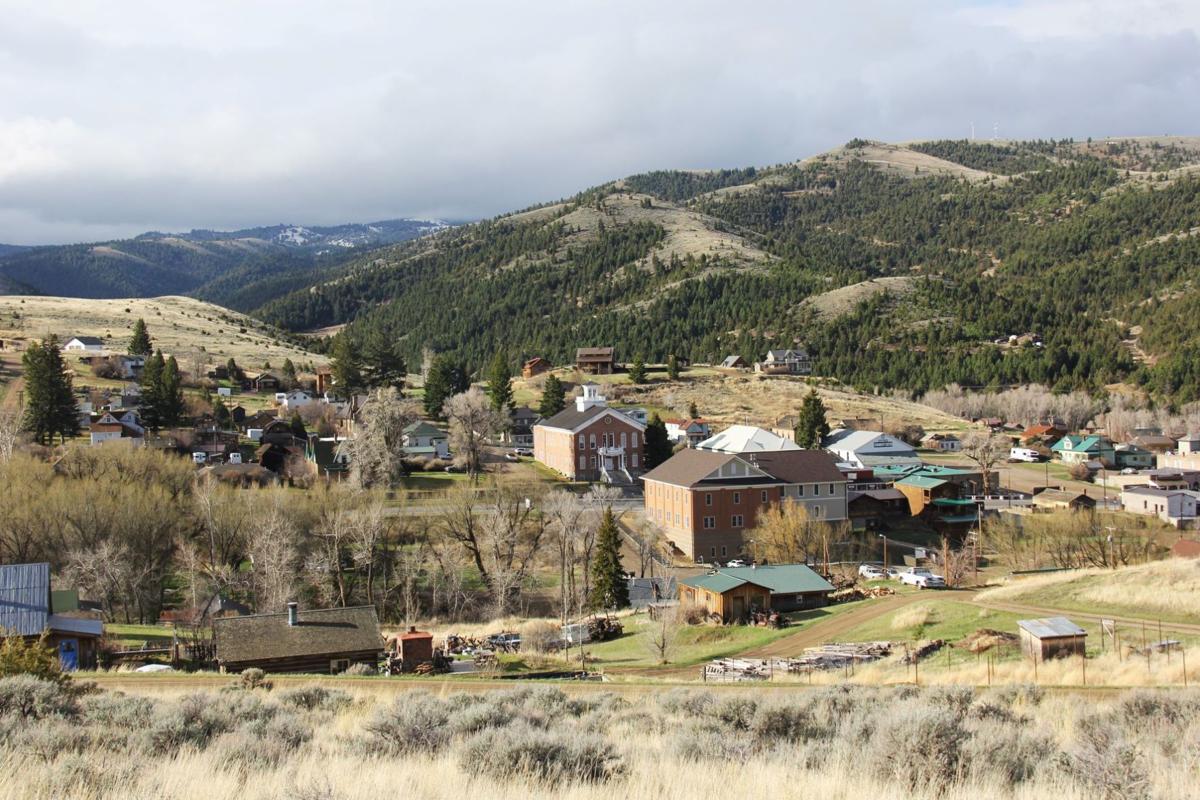 The historic gold mine town of Virginia City sits below a heavily used wildlife corridor. With assistance from non-profit People and Carnivores, the town has taken steps to become "bear smart." 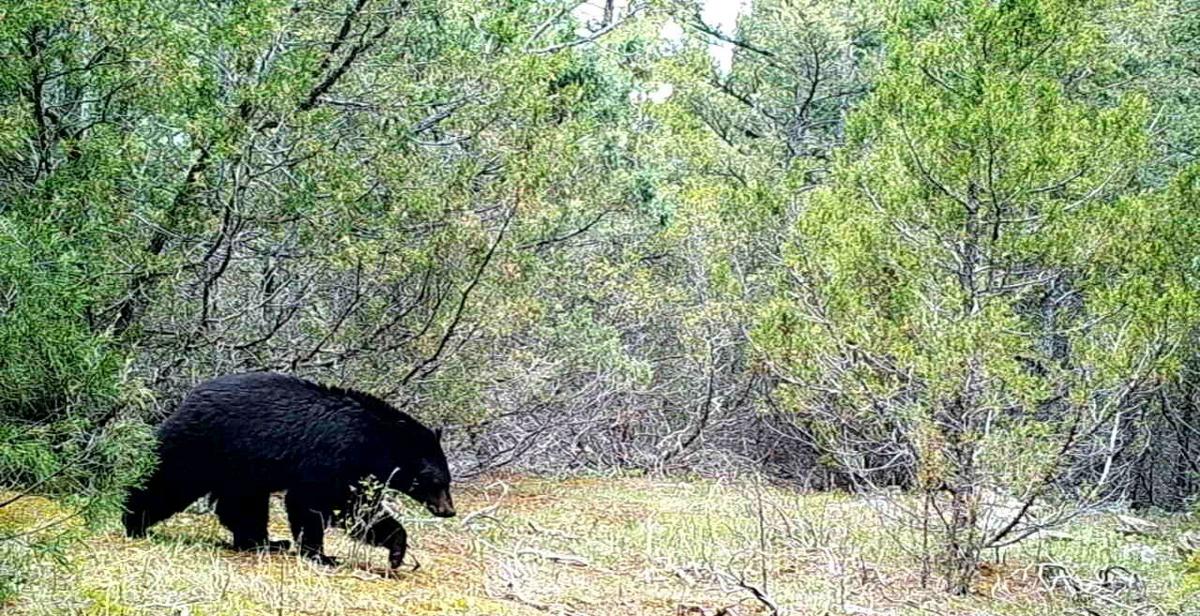 One of many black bears captured on a game camera being the Rambling Moose Campground in Virginia City. Campground owners have worked with People and Carnivores to create a peaceful co-existence between campers and wildlife. 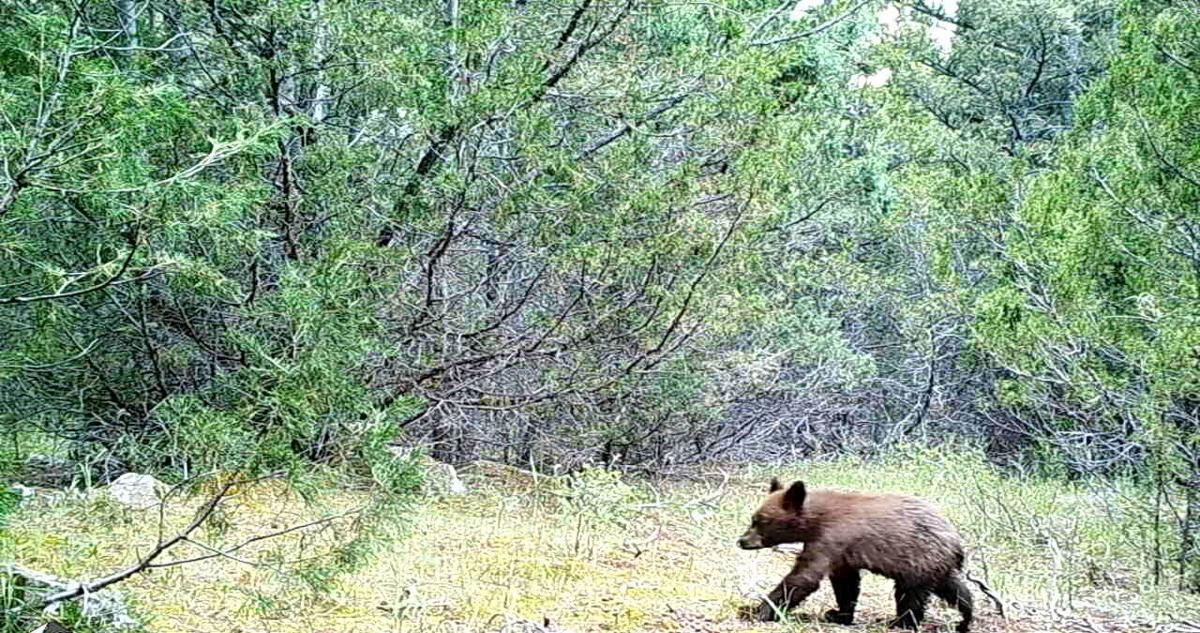 A black bear cub wanders the game trails behind Rambling Moose Campground in Virginia City. The campground owners have worked with non-profit People and Carnivores to make their campground safe for bears and people alike. 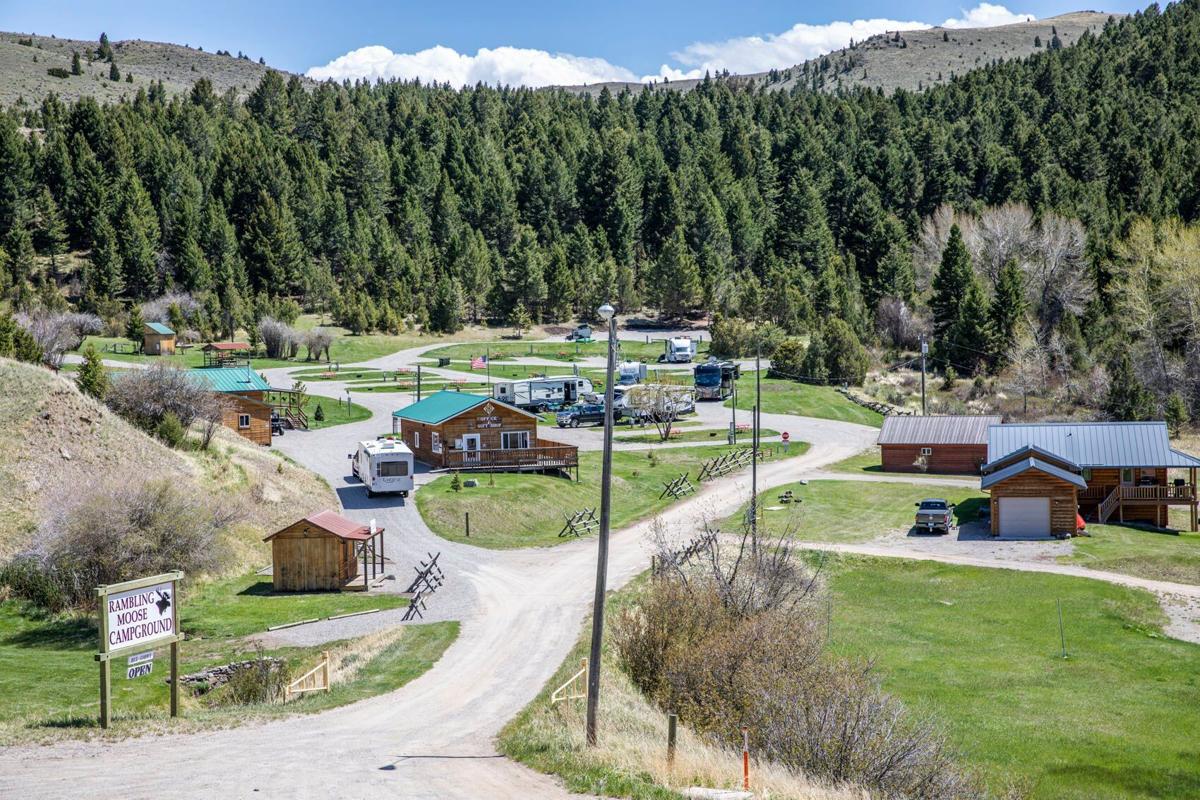