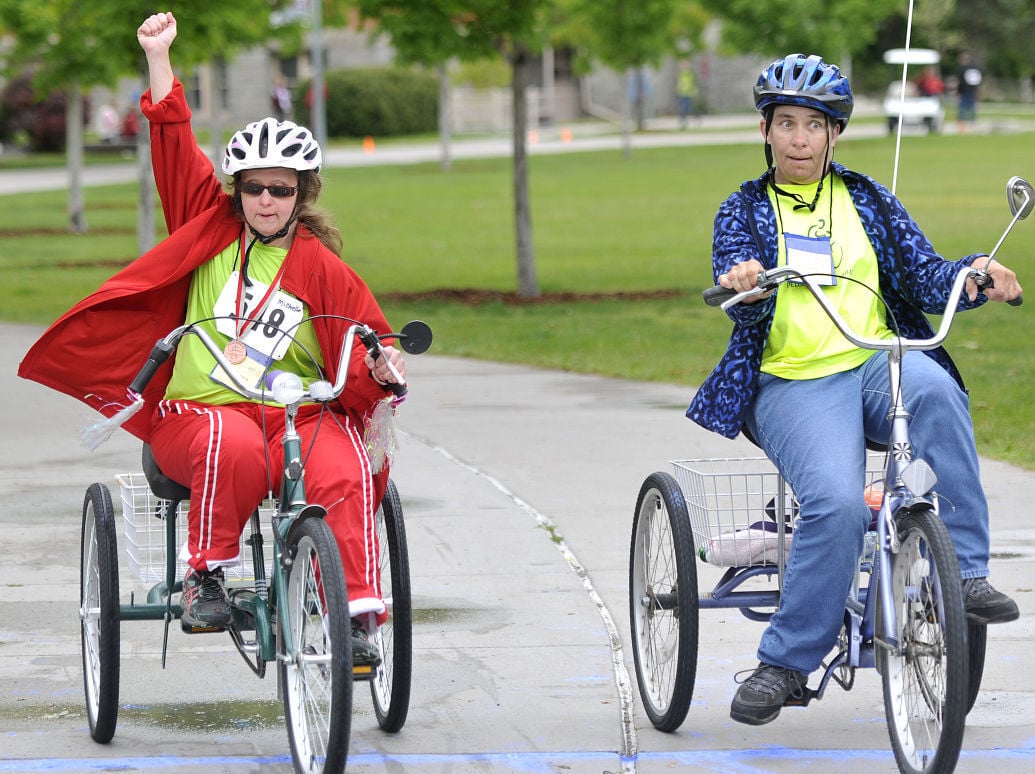 Michelle Hutton raises her arm as she crosses the finish line next to Laura White in a cycling event at the Special Olympics Montana State Summer Games in 2016. 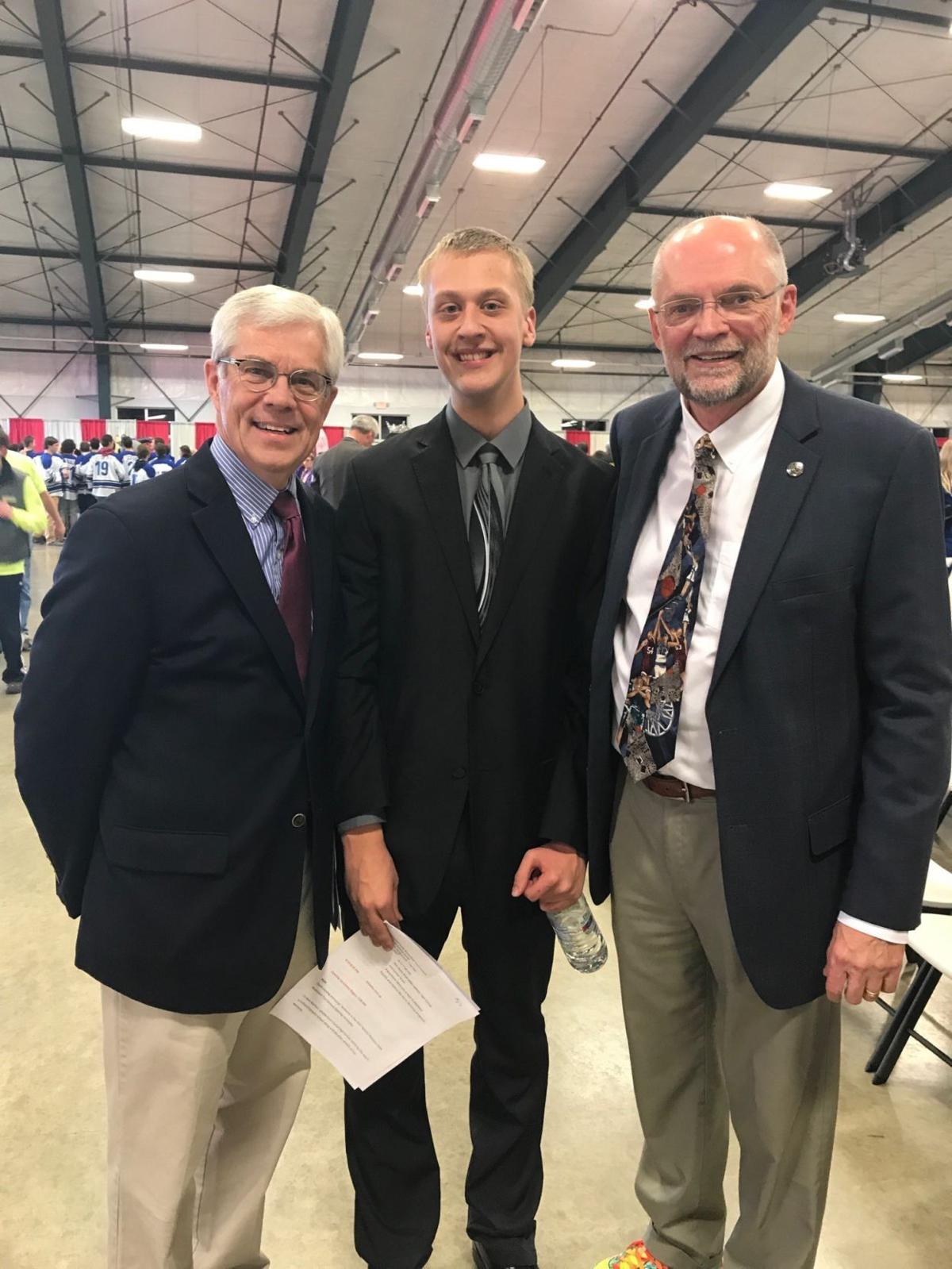 Special Olympics Montana has surpassed $7 million in its largest fundraising campaign since the non-profit launched more than 50 years ago. That campaign began with donations from two Billings philanthropists.

In 2016, former First Interstate Bank CEO Tom Scott, along with his wife Joan Scott, donated $1 million to the statewide nonprofit organization’s “Reveal the Champion in All of Us” endowment campaign. Scott, who died at age 76 in June of last year, had been serving as honorary campaign chairman, and at least three other $1 million donations have followed.

“To ignite the campaign, Tom and his wife, Joan, donated $1 million to the campaign. By their example, three more $1 million donations were recently secured from the Bob and Gladyce Oakland family of Great Falls, Mike and Cyndi Huempfner of Bozeman and the Dennis & Phyllis Washington Foundation,” said executive director of the campaign Bob Norbie in a statement.

As an endowment campaign, all of the funds will go toward an investment portfolio, rather than being directly spent. Should the goal of $10 million be reached, Executive Leadership Council Chairman Jim Foley said dividends from those investments could return $350,000 to $450,000, depending on the market.

“That money would then be distributed to the local and area programs,” he said.

Foley, who has volunteered for the organization for nearly a decade, said the campaign began with guidance from Scott, and was set to conclude in Sept. 2020. The outbreak of COVID-19 caused the fundraising to go on hiatus.

“And that was primarily because the competitions went on hiatus, so we set it aside for about six or seven months and it’s now been re-instituted and reinvigorated,” he said.

Norbie, who previously served as CEO of Special Olympics Montana during his nearly 30 years with the nonprofit, said an endowment would be a sustainable source of revenue during challenging times like the past year.

“There will always be a need for our regular fundraisers, but the endowment will help level out the peaks and troughs. We won’t have to stumble so much when we encounter times like this past year, or the recession 10 years ago,” Norbie said.

The endowment campaign will now through June 30. Those who wish to contribute to the endowment can contact Norbie at bnorbie@somt.org.

A Butte man with five prior drunken-driving convictions pleaded not guilty on Wednesday to a felony charge that could lead to his sixth.

The two men who were wrongfully convicted for a 1994 kidnapping and homicide in Montana City have each received $6 million in settlements.

Duo sentenced in 2019 killing near Helena

The duo who pleaded guilty to the 2019 killing of 56-year-old Helena resident Shane White in the Cave Gulch area near Canyon Ferry Lake was sentenced Tuesday.

Montana reported 209 new cases of COVID-19 on Wednesday, and two more of its residents have died due to the respiratory virus.

Montana reported 201 new cases of COVID-19, and the deaths of two people in an update Thursday to the state’s case mapping and tracking website.

Montana reported its lowest number of COVID-19 cases in nearly 6 months on Monday with an additional 32 cases.

Montana reported 128 COVID-19 cases and one death in an update Sunday morning to the state case mapping and information website.

Montana reported another two deaths due to COVID-19 on Saturday, as well as 288 new cases.

Michelle Hutton raises her arm as she crosses the finish line next to Laura White in a cycling event at the Special Olympics Montana State Summer Games in 2016. 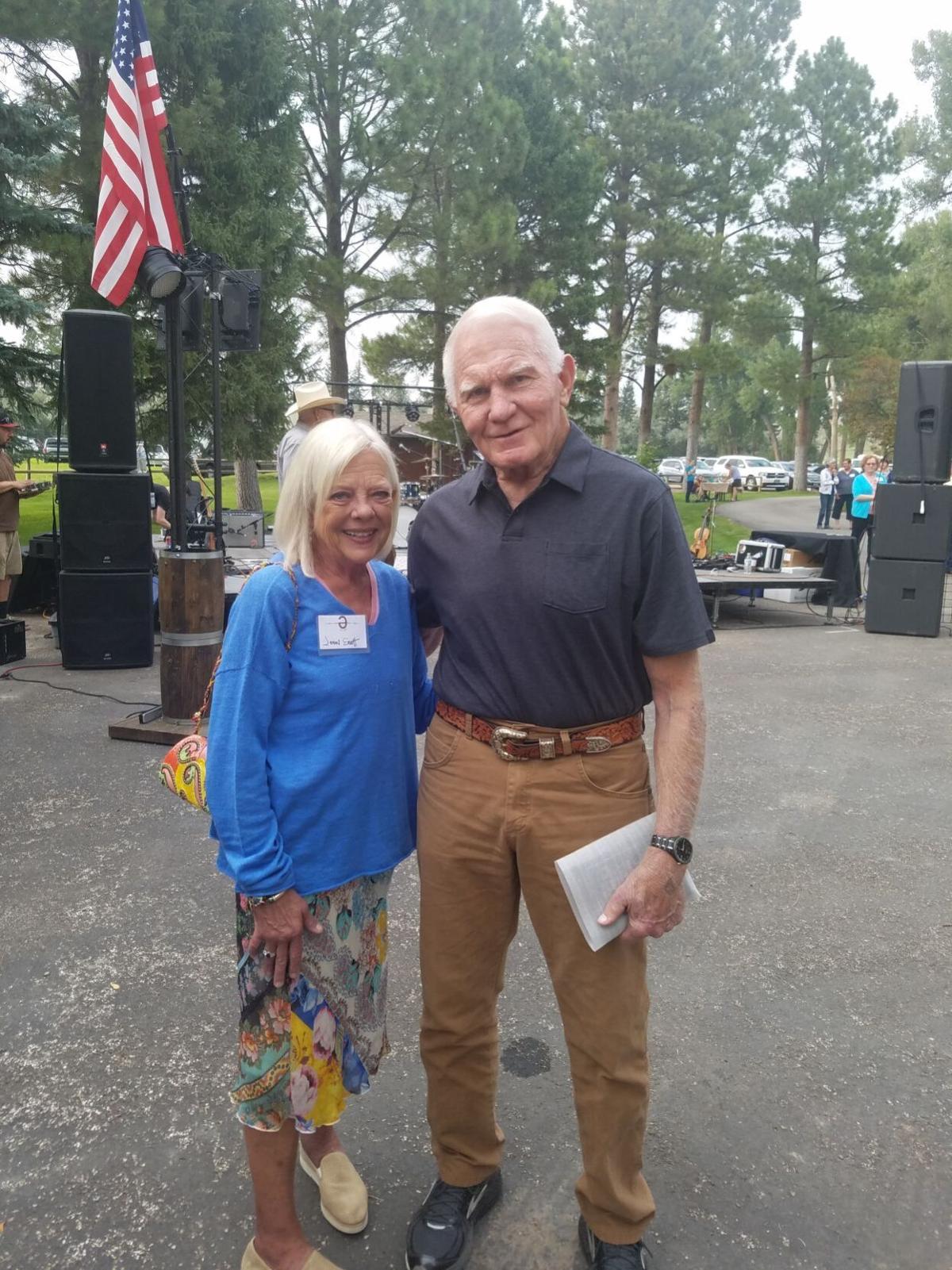 Joan and Tom Scott are pictured in this courtesy photo. 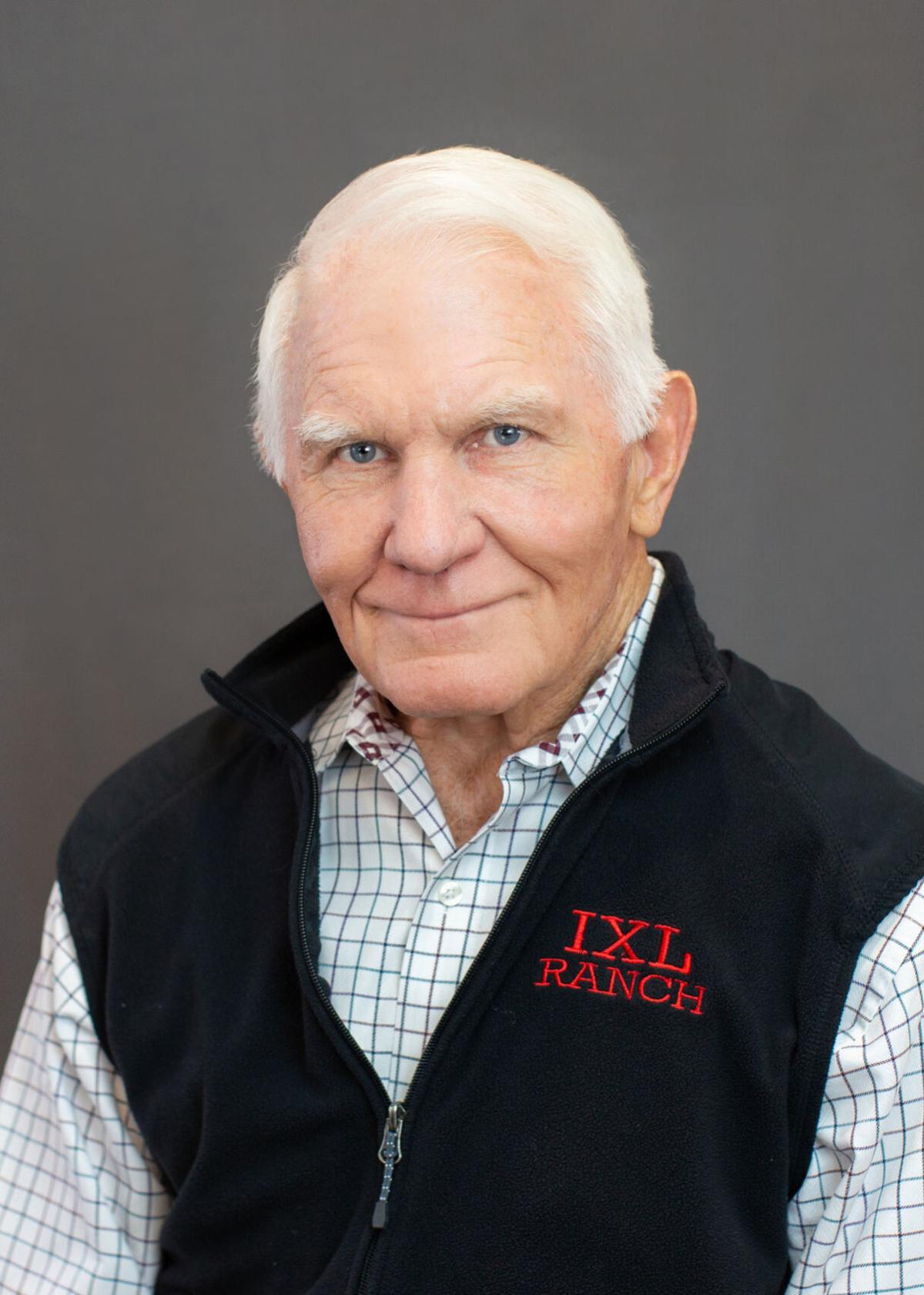