The threat of an abandoned railroad bridge over the Yellowstone River collapsing has shuttered a portion of Highway 89 northeast of Livingston.

Meanwhile, crews will be dispatched to the Beartooth Highway on Monday to begin rebuilding six sections that were washed out.

Floodwaters gushing down the Yellowstone River since Sunday have eroded the soil around the Highway 89 North Railroad Bridge, which runs parallel to the highway as it passes over the river. That erosion has prompted officials to shut down the highway until the integrity of the railroad bridge can be assessed.

“It’s still a lingering question of whether it will collapse,” said Kate Wilson, public information officer with the County Assist Team assigned to Park County. “It’s been quite some time since the bridge has been in use … It’s more of an iconic piece in town.”

Wilson said the highway bridge will like stay closed through the weekend, as crews will need to wait for the river level to drop in order to fully assess the integrity of the bridge. Should the railroad bridge collapse, she said, it could damage some of the surrounding infrastructure. However, it’s impossible to know exactly what will happen should the bridge crumble.

The historic Carbella Bridge, running across the Yellowstone River to access Tom Miner Basin between Livingston and Gardiner, was completely washed away by the onslaught of water Monday.

Downstream, the Highway 89 bridge at the Point of Rocks fishing access site was compromised by flooding. Crews should have that route reopened by the coming week, said Lori Ryan of the Montana Department of Transportation.

Where Highway 89 was underwater at Yankee Jim Canyon has been reopened. Travelers can access Gardiner via Highway 89 south from Livingston to Emigrant, then cross the Yellowstone River to the Highway 540 frontage road to avoid the bridge near Point of Rocks and travel on to Gardiner. The road from Gardiner on to Yellowstone National Park, however, remains closed indefinitely.

The CAT team in Park County is currently assessing the total damage inflicted by the river, including the number of homes damaged and lost. Wilson said homes were definitely lost in the flood, but teams are still trying to determine the exact number.

Crews working to rebuild the Beartooth Highway won't have to worry about the switchbacks that climb up the Montana side and drop back down to Cooke City on the Wyoming side. The 11,000-foot high pass survived the flooding with only minimal damage like rock and mudslides that will be easily cleaned up.

The roadway is an important tourist artery for Red Lodge and Cooke City, communities dependent on summer visitors for the majority of their income.

Floating ideas about public use permits for the Madison River

The state Fish and Wildlife Commission considered Madison River recommendations during a Wednesday meeting and voted to initiate a review process that will include public comment.

The letter to FEMA said that a preliminary evaluation shows there were 23 majorly damaged or destroyed residences in Carbon County, 53 in Park and 39 in Stillwater.

While on a normal trail running training trip near his Lander, Wyoming, home, Gabe Joyes stumbled and was stabbed in his leg by a trekking pole. For more than an hour he laid on the ground trying to not to die of blood loss.

Fishing report: We like big bugs and we cannot lie

Republican congressional candidate Ryan Zinke remains a consultant for a gold exploration company but dropped his work for several other private firms.

The $2.6 billion Virginia-class submarine will add the next generation of stealth, surveillance and special warfare capabilities to the Navy fleet, officials said.

The biggest star in our galaxy is about to die, here's what that means for Earth 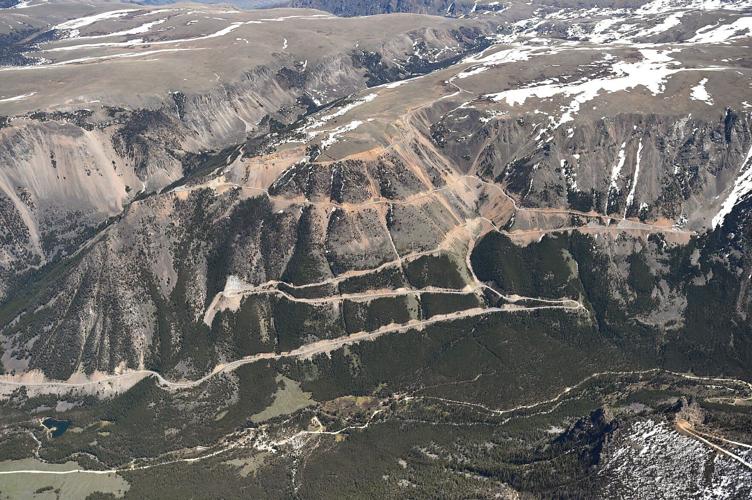 The Beartooth Pass has been closed due to storm damage on Highway 212, below the switchbacks, where Rock Creek washed out six sections of road south of Red Lodge. Crews will start repairing the road on Monday. 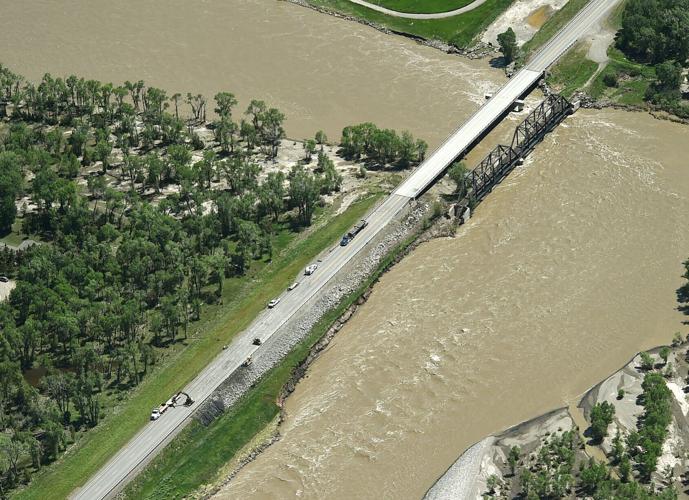 Construction crews are at work on the Highway 89 bridge approach near Livingston in this aerial view on Friday.