The revelations come from dozens of pages of government memos, tribal expense statements and other documents provided to The Billings Gazette.

The federal agencies' "high-risk" designations have cost the tribes public safety grant money and posed credibility concerns for the small staff stretched thin by growing meth use in a rural jurisdiction bigger than the state of Delaware.

The tribes’ police and jail operations are funded through contracts with the Bureau of Indian Affairs. The U.S. Department of Justice provides supplemental funding as well.

The DOJ designated the tribes as high-risk in 2015, after the tribe failed over the course of nine years to repay $1.6 million in disallowed expenditures from police grants. The designation came with a three-year suspension on new police grants.

The Bureau of Indian Affairs made its high-risk designation in 2017, after the tribes ignored multiple warnings from the agency that some of their police and jail officers hadn’t been properly vetted through background checks, and that certain jail staff hadn’t been trained by the right police academy. The tribes have since corrected the background check problem.

The BIA designation came with additional fiscal oversight and a threat to take over the tribes’ police and jail operations.

The Fort Peck Reservation in northeast Montana is home to the Assiniboine and Sioux tribes and is the state’s second-largest reservation, at roughly 3,300 square miles. About 10,000 people live on the reservation.

The cities of Poplar and Wolf Point on the reservation have municipal police departments, as well.

The reservation has been hit by several high-profile violent crimes in recent years, including the 2016 murder of a 13-month-old child whose body was found in a dumpster.

In the wake of the child's death, Chairman Azure said a surge in meth use as well as underfunded tribal health and justice systems were factors in the violence. Azure served as chairman from 2009-2013, and was elected again in October 2015.

Earlier this month, a former cop admitted to using a crowbar to break into the drug investigations office, where he took opioids, meth and cash, according to federal court filings. The tribe was forced to dismiss 27 criminal cases as a result, prosecutors said. The officer has said he struggled with drug addiction.

And in 2013, four members of the Law and Justice Department committed civil rights violations during a roundup of transients before the annual Wolf Point Wild Horse Stampede, according to the BIA Internal Affairs Division. The Billings Gazette reported the incident in September.

It’s unclear when the BIA warnings to the tribes began, but in a letter sent to Azure roughly a year ago, the agency said the tribes had been out of compliance on background checks and jail staff certification for “several years.” (This BIA letter was undated but contained references to earlier correspondence from Feb. 17, 2017, and to a March 31, 2017, deadline.)

Despite a training session the BIA held at its regional office in Billings in July 2016, where the necessary materials were provided for tribes to conduct background checks on employees, the Fort Peck Tribes never sent proof to the agency that they’d gotten back in line with contract requirements and completed the checks.

In a letter to Azure on April 13, 2017, the BIA said it was designating the tribes’ Law Enforcement and Detention Services contracts “high-risk,” and that it was considering re-assuming the programs. The BIA operated the police and jail programs at Fort Peck until the tribe took over in 1996.

The BIA has re-assumed a tribal police program only once in Montana. In 2003, the bureau took over the Blackfeet police over “non-compliance issues that became life safety issues,” BIA spokeswoman Nedra Darling said.

The corrections program on the Rocky Boy’s Reservation had contract compliance problems a few years ago, Darling added, but the tribe there fixed the problems and retained control.

“Continued disregard for the compliance with these minimum background investigation requirements pose potential liability issues and heightened concern for the safety and welfare of the community and tribal members, in addition to a lack of credibility of those police and correctional officers,” the BIA wrote in its warning letter to the Fort Peck chairman.

The BIA added that it was unfair to the law-abiding citizens of Indian Country “to have anything less than a professional law enforcement program in their community."

Another year went by before the problem was solved. Darling said in an email on March 23 that the agency had been working with the Fort Peck Tribes to get the checks completed, and that all sworn staff members for the tribes now have a proper background check on file.

The BIA cited another factor in flagging the tribes’ contracts as high-risk, which appears unresolved. For training, corrections officers have been attending the Montana Law Enforcement Academy, instead of the contractually required Indian Police Academy in Artesia, New Mexico.

Darling declined to elaborate on why the agency deemed the Montana course insufficient. No Fort Peck correctional officers have been certified by the out-of-state training organization since the high-risk designation was made.

A year and a half before the BIA designated the tribes’ contracts high-risk, the DOJ did so, and it has cost the tribes three years’ of supplemental police money.

The annual award amount for COPS grants varies, but in the three most recent years Fort Peck received the grants, they totaled $2 million, according to a DOJ spokesman.

The ban on new grants was enacted to remedy a debt of $1.6 million the tribe couldn’t afford to pay, according to memos from the DOJ. The agency had requested repayment of the $1.6 million for expenditures that weren’t allowed under the terms of COPS grants that Fort Peck had received in the past.

The debt was first recorded in 2006 when the DOJ audited the tribes.

Azure wrote to the DOJ in late 2015, saying the tribe could not afford to repay the $1.6 million, even in installments. Azure was not the chairman at the time of the disputed COPS expenditures.

The DOJ agreed to forgive the debt in exchange for a three-year ban on new COPS grants and the temporary high-risk status, which is set to end Dec. 21.

Fort Peck staff handling DOJ grants were required to complete a financial management course as part of the high-risk designation. Four staff members have done so, and the tribes are on track to be taken off the high-risk list in December, DOJ spokesman Wyn Hornbuckle wrote in an email.

The tribes continued to receive other categories of DOJ grants while the police grants were on hold. Since 2015, Fort Peck has received $6 million for victim, court, jail and probation and parole officer initiatives, the DOJ said.

He did respond with a brief emailed statement that said The Billings Gazette was misinformed, although he did not elaborate.

“We have already resolved everything and are moving forward,” he wrote, in part.

Azure owns an auto body shop in Poplar called Azure’s T-Bird Auto Body. That business was paid $51,224.13 by the Fort Peck Tribes for tribal vehicle work between October 2009 and September 2016, according to a statement included in the documents provided to The Gazette.

Other auto body shops are open in Poplar.

A resolution drafted by the tribal government in 2008 listed vendors, including a half dozen auto supply or service shops, that were approved for any of the more expensive blanket purchase orders the Law and Justice Department might require.

Azure's shop is not on the list, but the resolution does stipulate that other vendors may be necessary.

Asked whether the roughly $50,000 in payments for tribal vehicle work was a conflict of interest, Azure did not address the question directly.

“I also want to inform you that your information about me is wrong, it was already sent to O.I.G.,” he wrote, referencing the Office of Inspector General. It was not immediately clear which federal agency’s inspector general Azure was talking about. He said any additional information would need to come from the federal office.

County officials say a proposed second entrance into Father Sheehan Park might do little good because, once in, emergency vehicles couldn’t ge…

Steve Bullock looked tired on a windy March afternoon, having just visited a trio of preschools.

Jensen Lillquist is competing for the Montana track and field team once again and he's picking up right where he left off.

The other day I received a list of the average arrival date for birds of the Sheridan area. Ariel Downing sent this Wyoming compilation to me; it was one that her mother, Helen, had compiled with the help of several other birders for the time period 1966-1988. 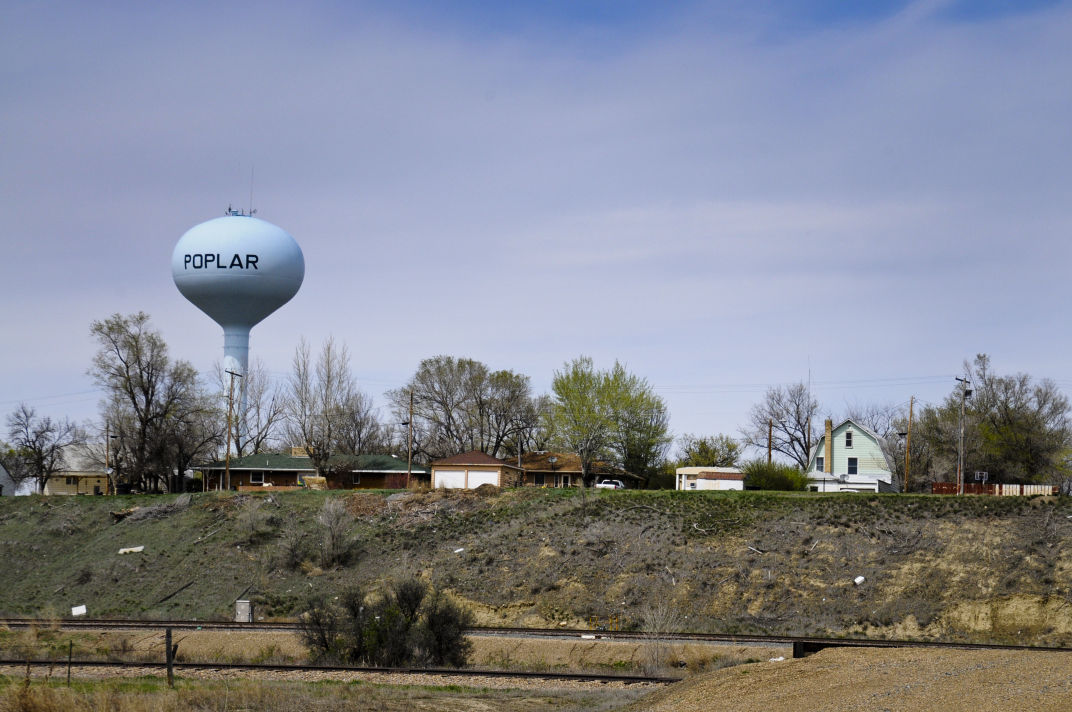 The cities of Poplar, shown here in 2016, and Wolf Point on the Fort Peck Reservation have municipal police departments. Two federal agencies have separately penalized the Fort Peck Assiniboine and Sioux Tribes after the tribal government failed to explain more than a million dollars in disputed police expenditures. The tribes also let years pass without conducting proper background checks on police officers. 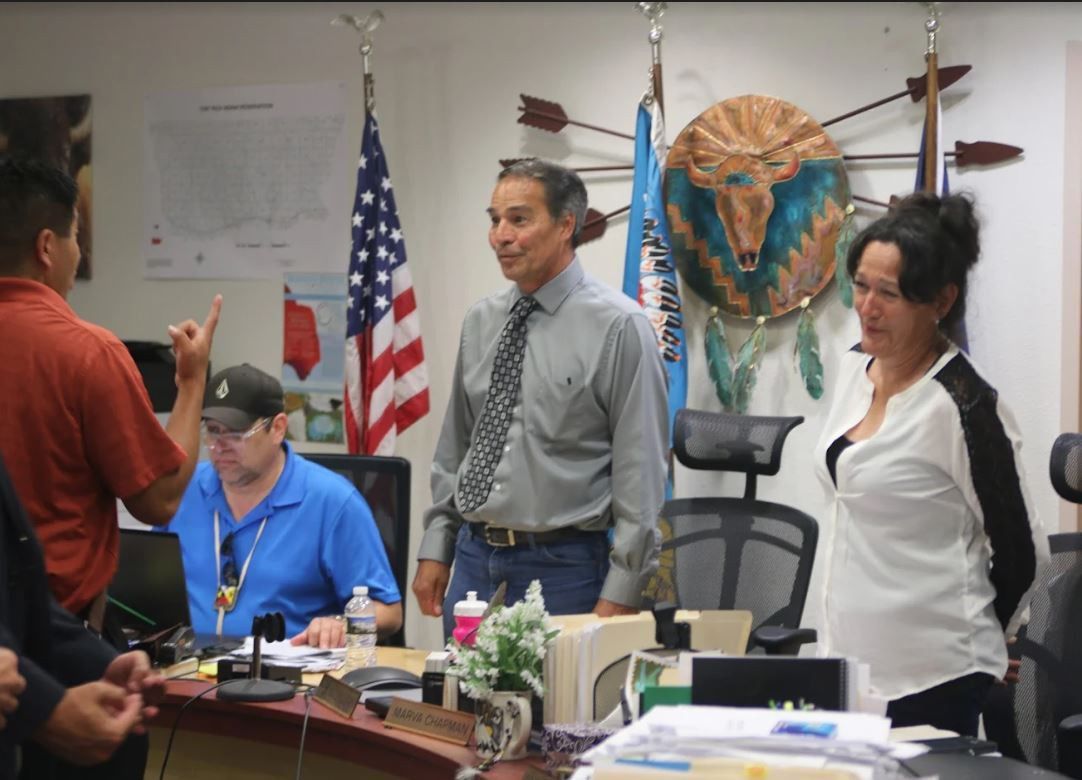 Floyd Azure, center, served as chairman of the Fort Peck Assiniboine and Sioux Tribes from 2009 through 2013, and was elected again to office in 2015. He insists the problems that drew warning from both the Department of Justice and the Bureau of Indian Affairs have been corrected. 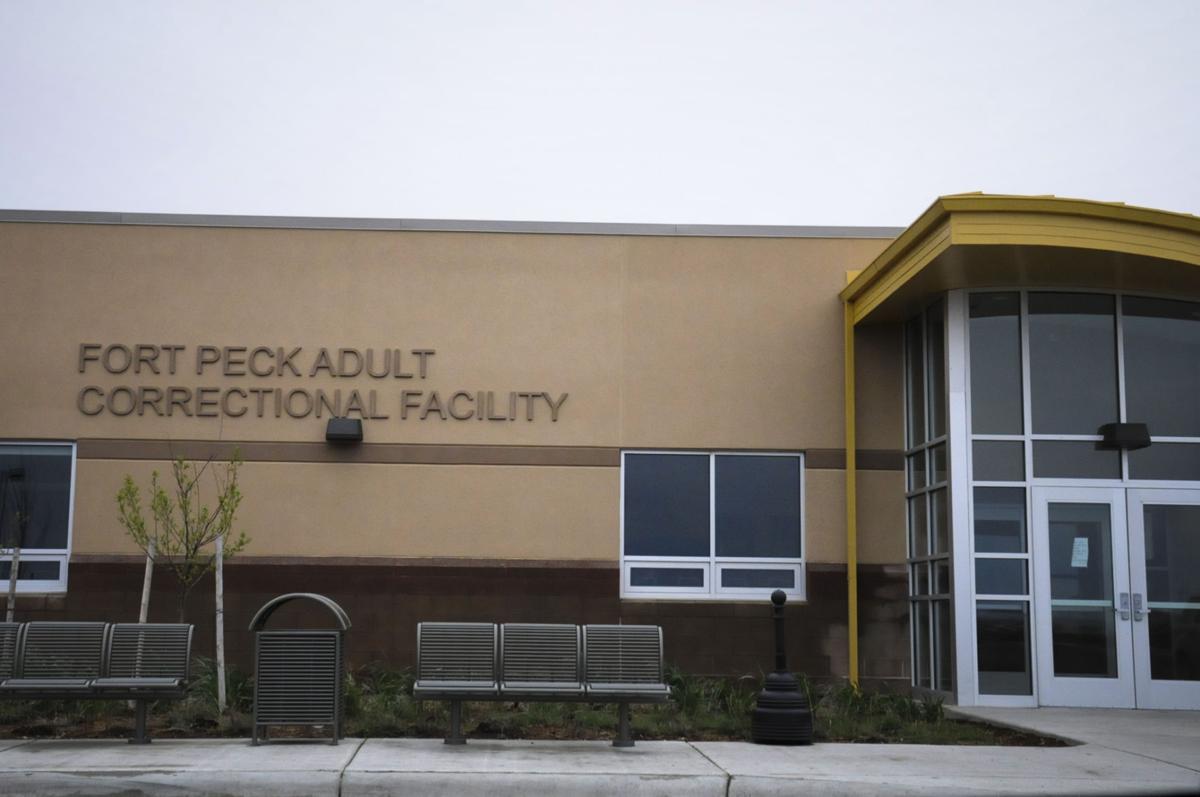 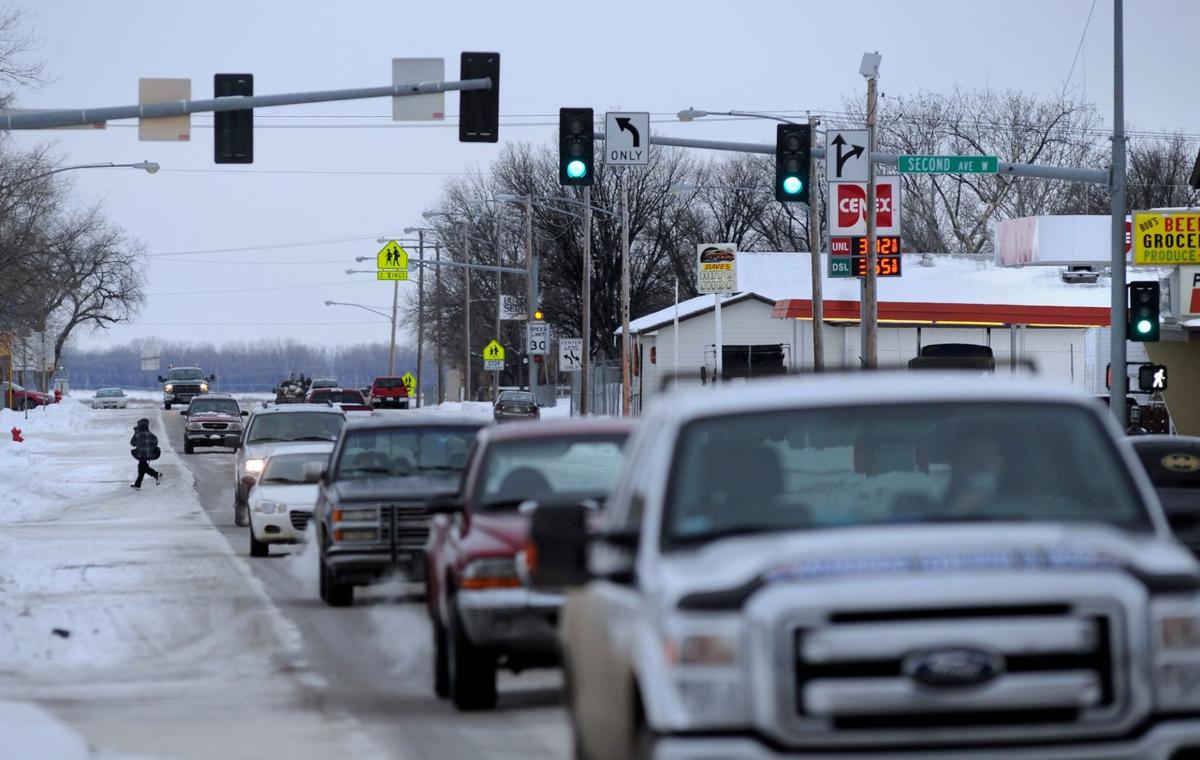 Poplar is located on the Fort Peck Indian Reservation in northeastern Montana. The small town, shown here in 2013, has one stop light on U.S. Highway 2, which runs through the center of the community. 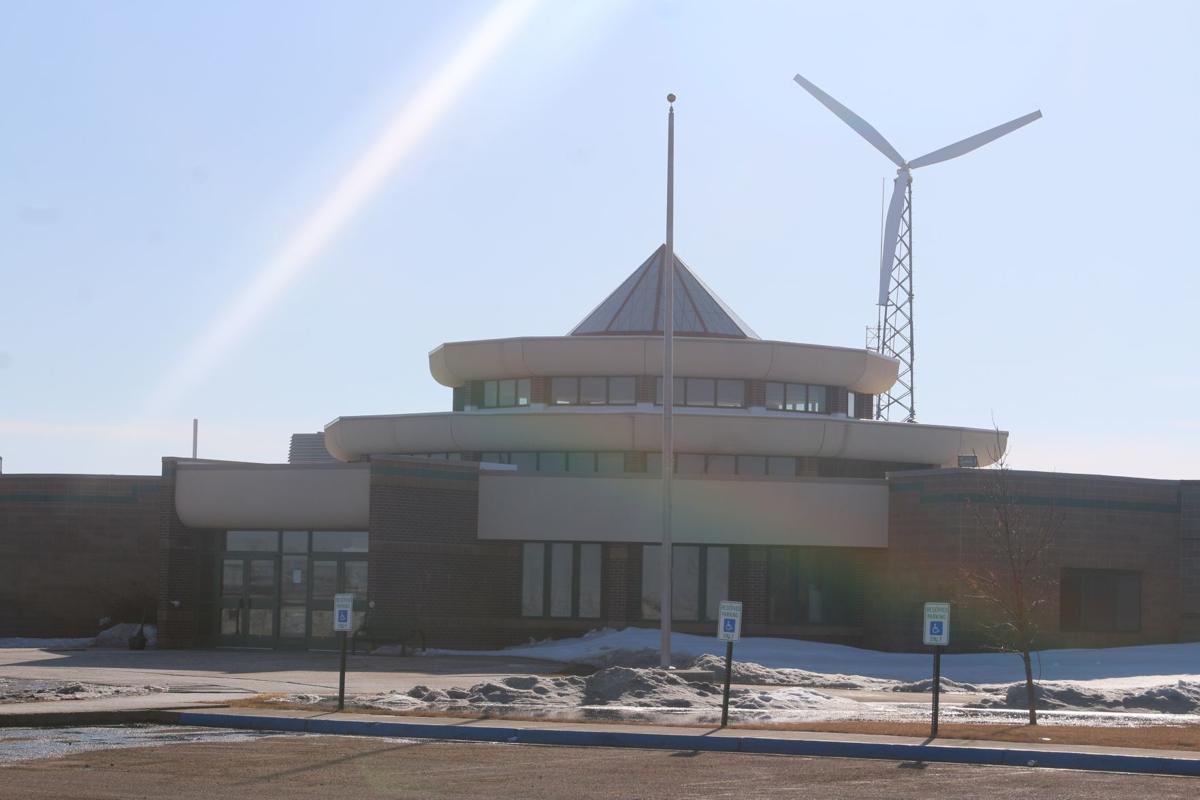 Fort Peck Assiniboine and Sioux Tribal administration building on Medicine Bear Road in Poplar. The tribes have a police force of 11 officers covering 3,300 square miles and a population of more than 10,000 people. 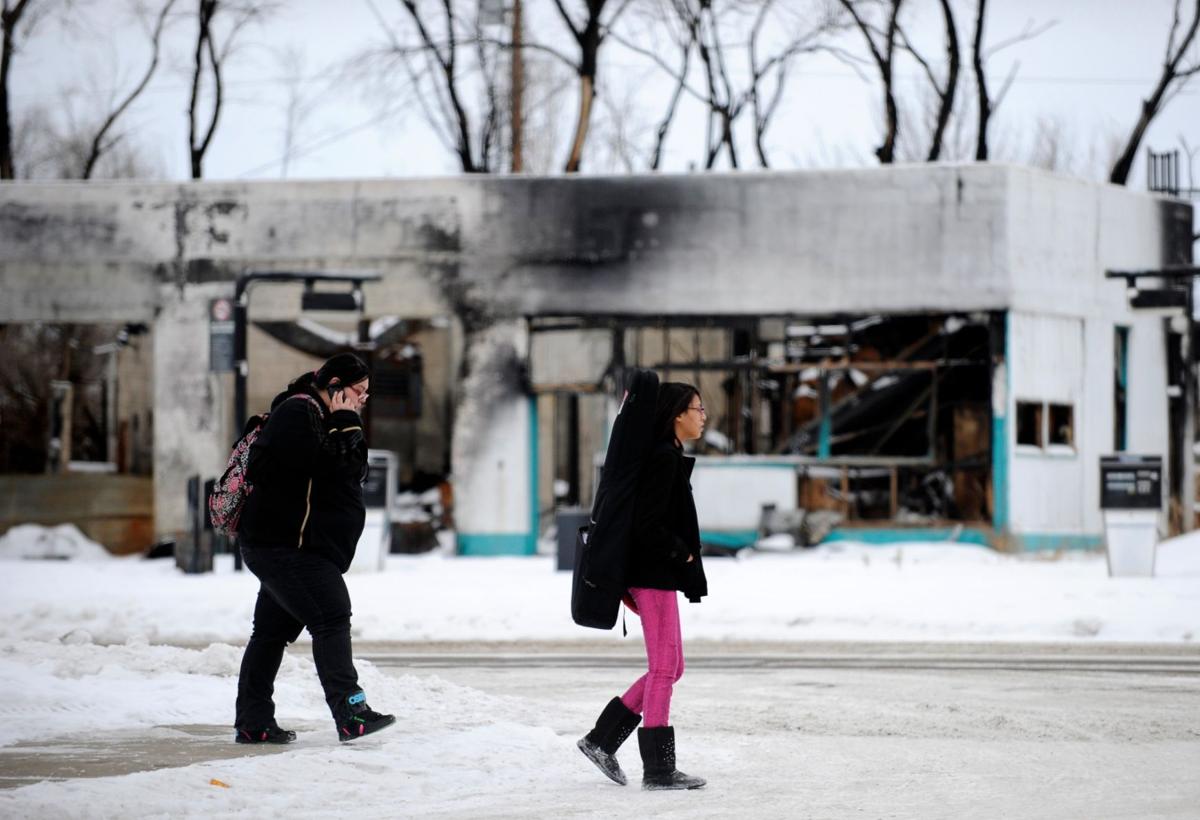 Children leave for home from Poplar Middle School in 2013.