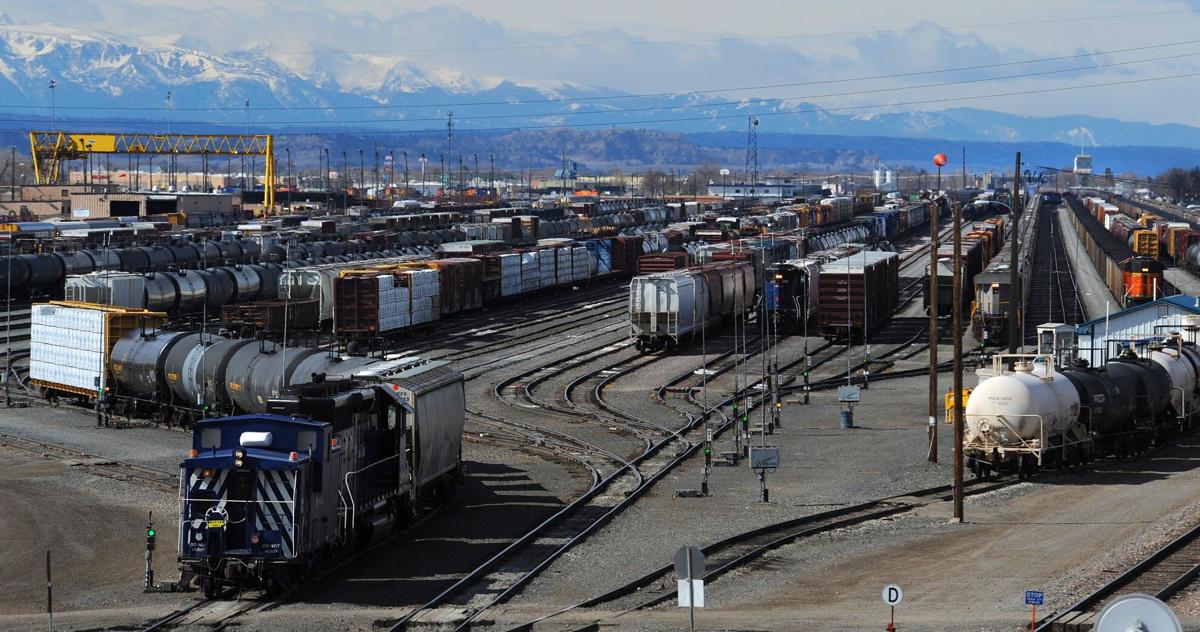 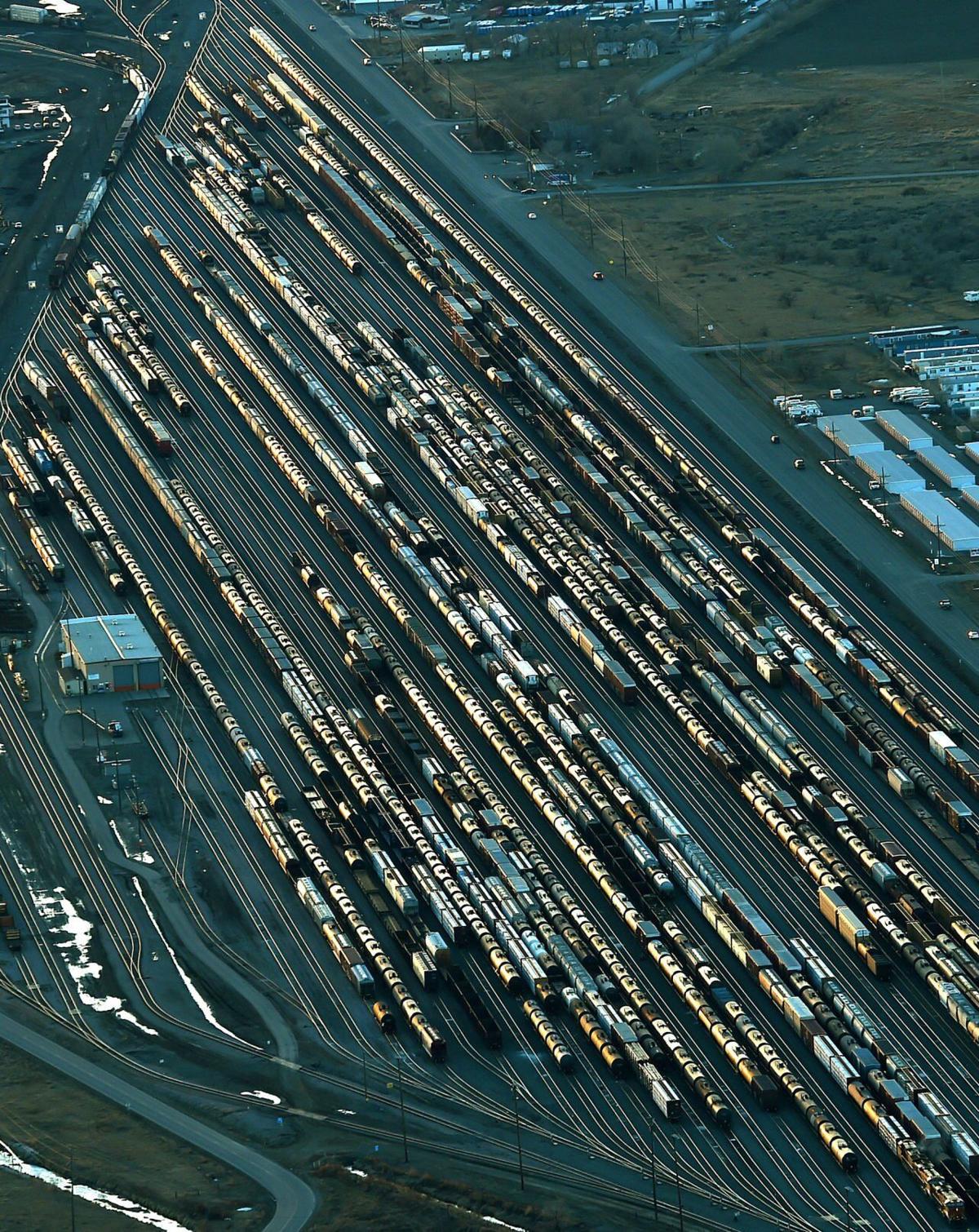 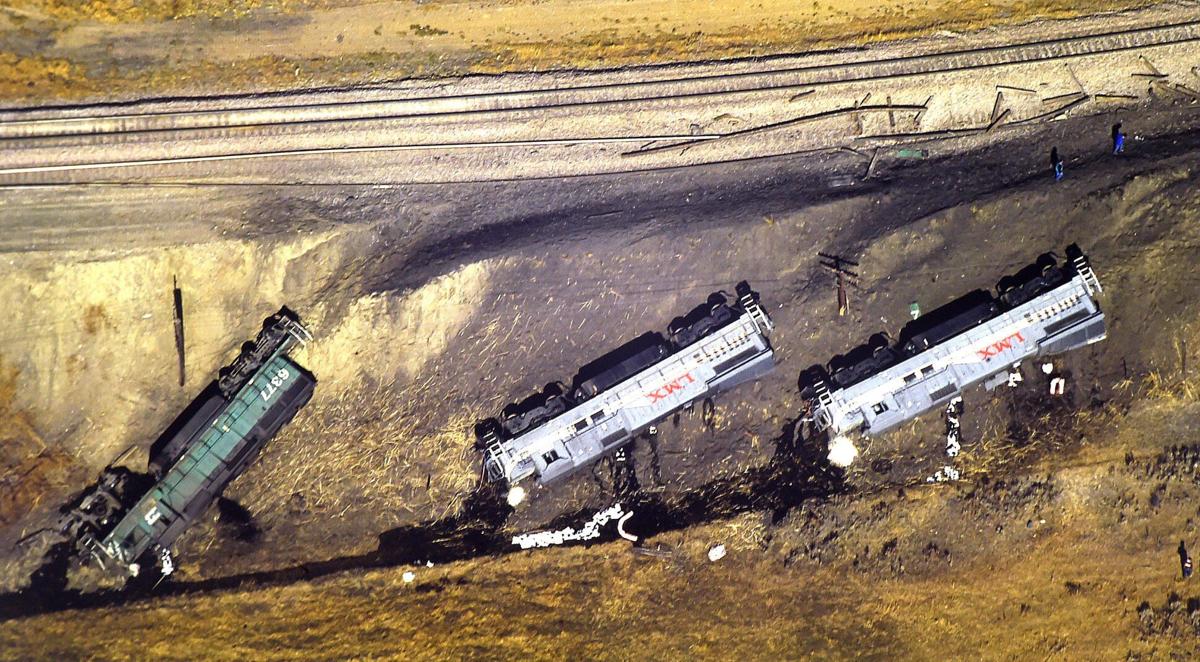 An aerial view shows three locomotives that were demolished after saboteurs in the Livingston rail yard sent them on an 80-mph, driverless race over the Bozeman Pass when MRL took over the southern line in 1987.

BNSF Railway announced plans Monday to take over Montana Rail Link and its 900 miles of track in Montana and Idaho.

The Missoula-based MRL, which has a small shop in Billings and rail yard in Laurel, employs about 1,200 people, the company said in a statement about the proposed deal.

BNSF has committed to retain all union and non-union employees of MRL in their current jobs with similar pay, benefits, seniority, and other terms of employment, MRL said.

“Over the last several years, more than 90% of the traffic traversing MRL’s leased line were loads moved on behalf of BNSF,” MRL officials said. “The line has become a critical link in BNSF’s northern transcontinental network, delivering grain, consumer and industrial products to the West Coast.”

The deal will eliminate BNSF’s need to change freight between the two railroads and will continue “strengthening the resiliency of the supply chain and enhancing rail capacity in the Pacific Northwest,” MRL said.

MRL was founded in 1987 by Dennis Washington. MRL and BNSF have had a unique lease arrangement since 1987 in which MRL leases and operates mainline tracks owned by BNSF between Huntley, Montana and Sandpoint, Idaho.

BNSF will resume operations and maintenance of its mainline rail corridor through southern Montana. The deal must first be approved by the U.S. Surface Transportation Board.

“There have been many changes in the rail industry since this long-term lease was signed, and given the need to be competitive in the current environment, we believe that this was the right time to revisit our longstanding agreement with BNSF,” said Derek Ollmann, president of MRL, “This agreement protects our workers, our customers, and our long-term commitment to safety, and it will ensure a more seamless operation of rail services in Montana.”

“We will continue to invest in the business, provide great service and maintain the highest level of safety just as we have for over a century in Montana,” Farmer said. “This will best position employees, customers and the communities we serve for future success.”

Billings Police Department officers continue to hunt for suspects in the shooting death of a 15-year-old boy early Sunday morning.

Costs incurred while fighting the COVID-19 pandemic have pushed nursing homes to operate at a loss across the country, and Montana is no exception.

An aerial view shows three locomotives that were demolished after saboteurs in the Livingston rail yard sent them on an 80-mph, driverless race over the Bozeman Pass when MRL took over the southern line in 1987.