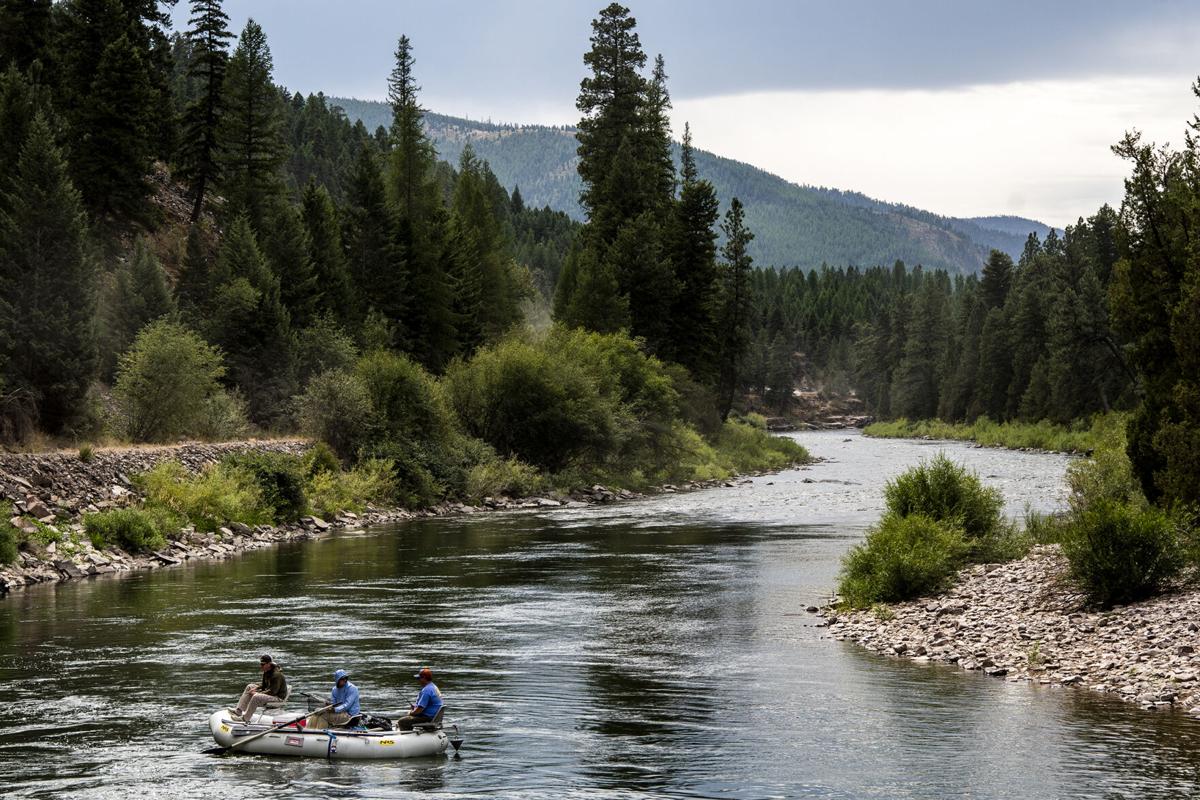 Fly fishermen float down the Blackfoot River in a raft on Wednesday afternoon. The Blackfoot-Clearwater Stewardship Act, a bill proposed by Sen. Jon Tester, D-Mont., will designate 80,000 acres on the Bob Marshall and Mission Mountains wilderness areas. 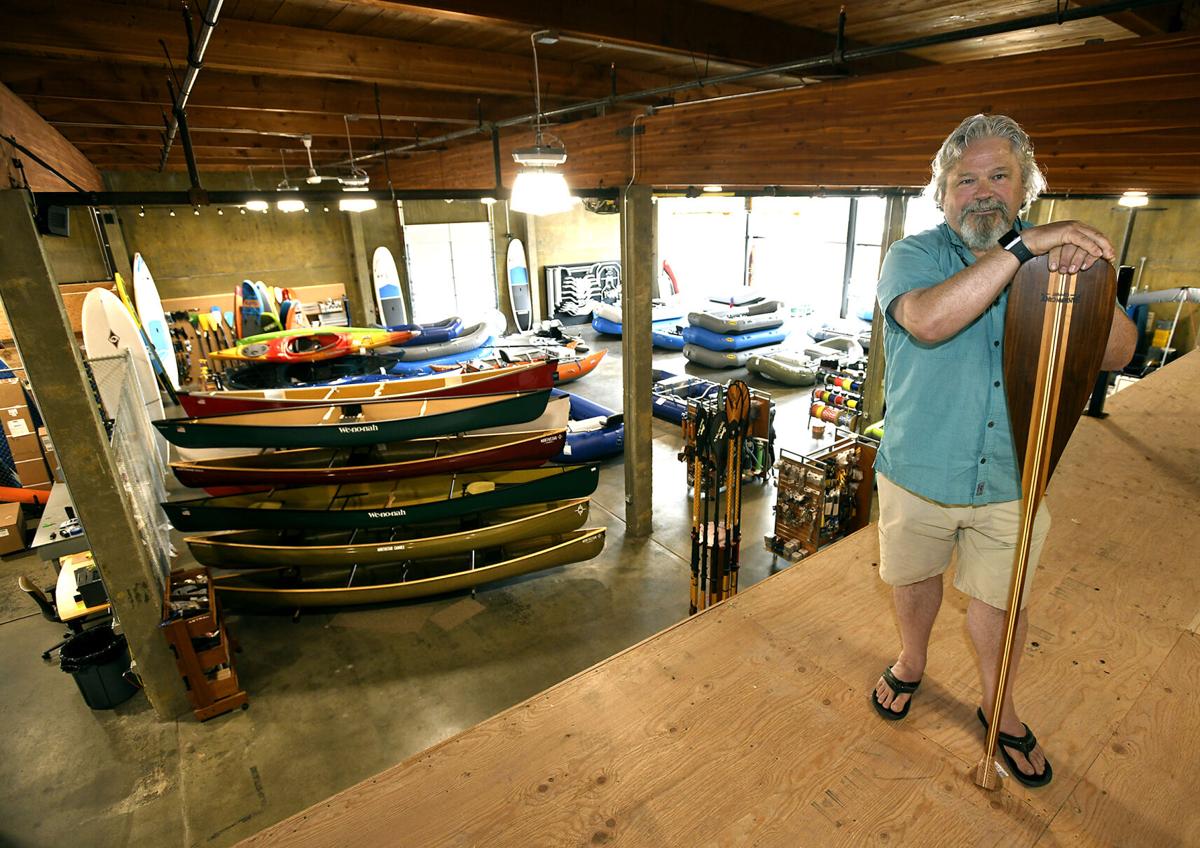 A coalition of outdoor recreation business owners has turned up pressure for Congress to pass protection for the headwaters of the Blackfoot and Clearwater rivers.

“A clean Blackfoot River is the cornerstone of our business,” Trail Head owner Todd Frank said during a teleconference on Wednesday. “It’s the reason people want to be in the Missoula area. And we’ve spent a decade trying to get this in front of Congress.”

“This” is the Blackfoot-Clearwater Stewardship Act, a bill proposed by Sen. Jon Tester, D-Montana, to give wilderness protection to about 80,000 acres on the current fringes of the Bob Marshall and Mission Mountains wilderness areas northeast of Missoula as well as designate recreation areas for snowmobiling and mountain biking. An earlier version had linked support for the Seeley-Swan timber industry with wilderness designation. But while the logging and lumber mill assistance provisions have come to pass, the wilderness additions have stalled.

Marnie Hayes of Business for Montana’s Outdoors led Wednesday’s conference, and gathered a collection of economic studies to back her claim that the area’s wild qualities translated into jobs and incomes. She cited an Outdoor Industry Association report showing the state’s recreation economy supported 71,000 jobs and $7.1 billion in economic activity in 2017. That included about 700,000 people who took guided or outfitted trips into the backcountry.

“Our economy is based around recreation and people wanting to be outside,” Hayes said. “The pandemic showed we need to be prepared for the next 20 years. Getting this passed is a huge part of that.”

Montana Trout Outfitters owner Tony Reinhardt recalled how the Blackfoot River was considered a good scenic float but lousy fishing after a mining disaster in 1975 poisoned much of the drainage. In the last 20 years that has changed, thanks to extensive habitat restoration and cleanup efforts.

“With the North Fork of the Blackfoot and Monture Creek being such critical spawning areas for cutthroat and bull trout, it makes sense to permanently protect those areas,” Reinhardt said. “We need cold, clean water for trout to thrive.”

Previous wilderness designations in the region used ridgetops as boundaries, which neglects the connected habitat that extends between and below those peak edges. The Blackfoot-Clearwater Stewardship Act would expand the wilderness designation down to the foot of the mountains in the Grizzly Basin, North Fork/Monture Creek and West Fork Clearwater areas of the existing wilderness areas. It would also allow for expanded mountain bike use in the Spread Mountain area and expanded snowmobile use in the Otatsy Recreation Area.

On Tuesday, Tester requested a new hearing for the bill before Sen. Lisa Murkowski, R-Alaska and the Senate Energy and Natural Resources Committee. Sen. Steve Daines, R-Montana, is a member of the committee.

DNRC grounds all aircraft after helicopter crash at fire scene

In the wake of Tuesday's helicopter crash with five people aboard, the Montana Department of Natural Resources and Conservation has instituted a safety stand down of all of its aircraft for 48 hours out of an abundance of caution, officials said Wednesday.

BOZEMAN – After postponing a tour stop last year in Bozeman due to the pandemic, country music star Kenny Chesney announced Thursday that he will now play Bobcat Stadium on Saturday, July 9, 2022.

Fly fishermen float down the Blackfoot River in a raft on Wednesday afternoon. The Blackfoot-Clearwater Stewardship Act, a bill proposed by Sen. Jon Tester, D-Mont., will designate 80,000 acres on the Bob Marshall and Mission Mountains wilderness areas.