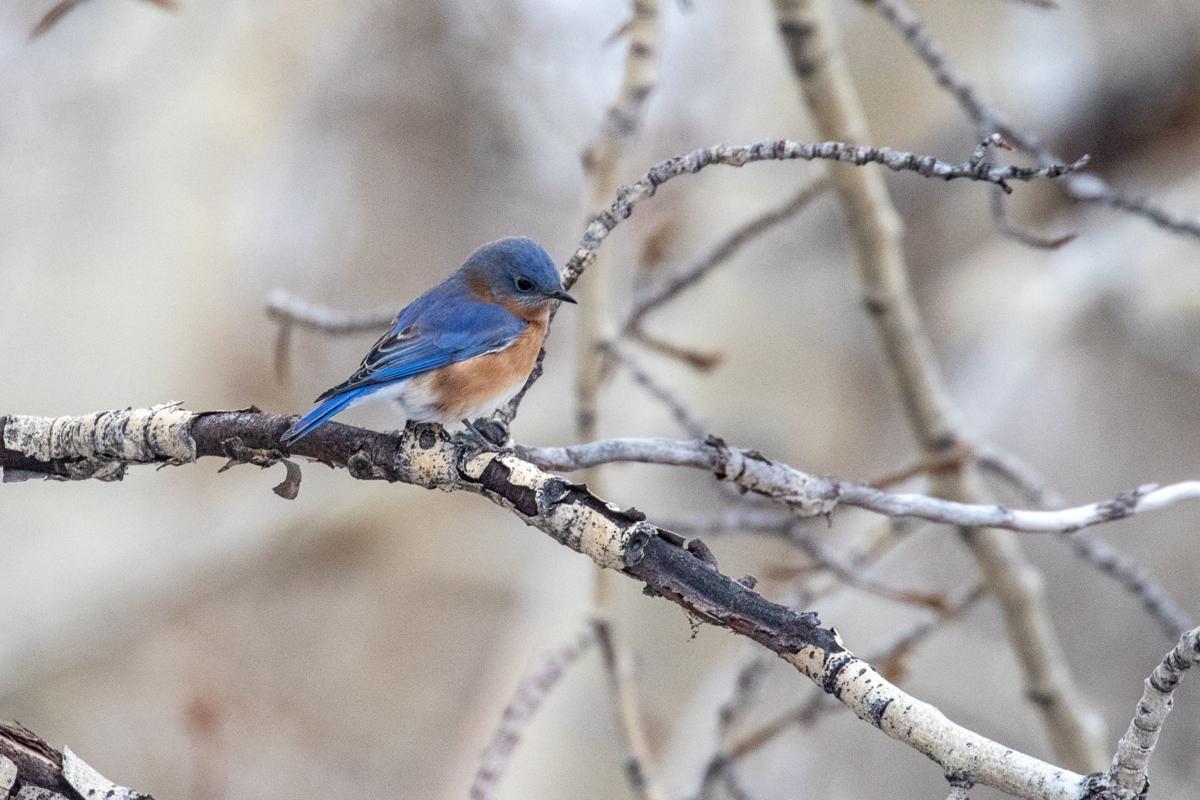 This male eastern bluebird was spotted in Anaconda's Washoe Park in December 2018. 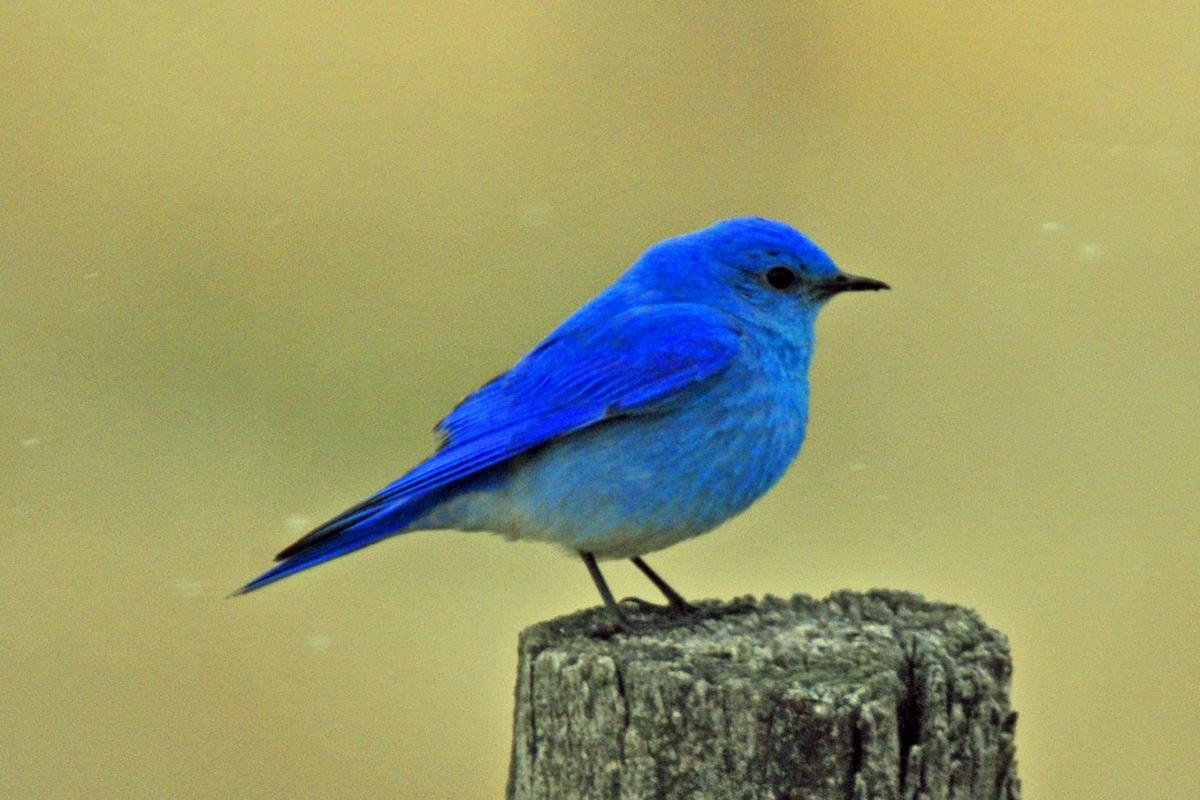 This mountain bluebird is shown for comparison. 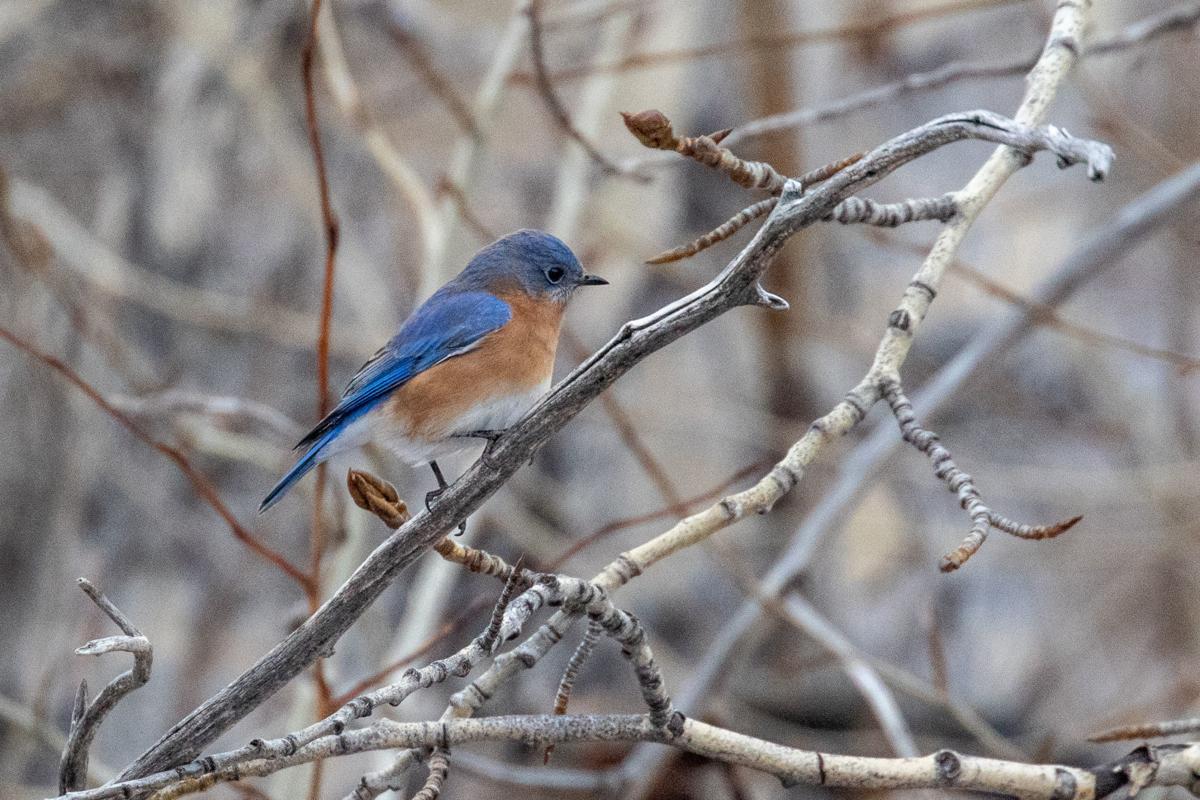 This eastern bluebird was spotted in Anaconda's Washoe Park in December 2018.

One of the things that is enjoyable about birding is the unexpected birds that are observed that are rare, out-of-season, or out-of-range.

That happened in Anaconda on Dec. 14, 2018. Steve Wickliffe, a local birder from Anaconda, while looking for an out-of-season white-crowned sparrow, found an out-of-range, and out-of-season male eastern bluebird at Washoe Park.

There are three bluebird species in Montana: the western, eastern and mountain. The most common of the three by far is the mountain with 6,675 sightings statewide on the Montana Natural Heritage (MNHS) site.

As the name implies, western bluebirds are found in most western states at lower elevations. In Montana they are predominantly west of the Divide, but there have been sightings in Helena and Bozeman. Western bluebirds winter in Utah, Nevada, Arizona and Texas. They look superficially like an eastern bluebird, but we will get to the field marks later. There is evidence that the western bluebird is out competing mountain bluebirds where they co-exist for nesting cavities here in Montana.

The mountain bluebird is found statewide and in all western states including the western half of North and South Dakota, then south to Texas, where they winter along the southern border states.

Eastern bluebirds are found along the eastern edge of Montana and most eastern states including Texas. They winter in the southeastern states.

The mountain bluebird, familiar to most folks, is the easiest of the three to separate from the other two. It is sky blue above, paler below with a white belly. Females are gray-blue with bluish wings and a gray-white belly. Bluebirds are members of the thrush family, Turdidae, thus juveniles of all three species show a spotted breast. You may be familiar with the spotted breast of the juvenile American robin, which is also a thrush.

Western and eastern bluebirds both have rusty-red breasts. The eastern shows a bright white belly and the western shows a blue belly. Females of both species show a subdued rusty chest, unlike the gray breast of mountain bluebirds. Female easterns show the bright white belly like the male and the western females have a grayish belly. The male eastern bluebird’s rusty-red chest extends up the throat all the way to the lower mandible and extends to the sides of the throat. In the western bluebird the head and throat are blue. The reddish color of the chest extends down the back above the blue wing, and can be more of a chestnut color in some individuals.

All bluebirds are insect and grub feeders so they all arrive in fair numbers starting in late March and April when insects become abundant. Mountains have been reported year-round in lower elevation mountain valleys in small numbers. Westerns have not been recorded in December and January. Eastern bluebirds have had single observations in January and February, but no observations in March, April, November or December.

It’s unlikely we will ever see another eastern bluebird in the Upper Clark Fork Valley, but who knows. As you are out and about, keep looking for that rare one, it’s fun to speculate on how they got here.

Gary Swant of Deer Lodge taught biological sciences at Powell County High School for 25 years. After retirement he founded GoBirdMontana, www.gobirdmontana.com, an environmental consulting and bird guide service. He can be reached via email at birdmt@charter.net. This column features bird species of the Upper Clark Fork River Valley from Butte to Garrison. Swant hopes the column will inspire people to take an interest in observing birds.

Another Butte lookout to close at night; drinking, drugs and driving to blame

First it was the Big Butte, now the Mountain Con.

This male eastern bluebird was spotted in Anaconda's Washoe Park in December 2018.

This mountain bluebird is shown for comparison.

This eastern bluebird was spotted in Anaconda's Washoe Park in December 2018. 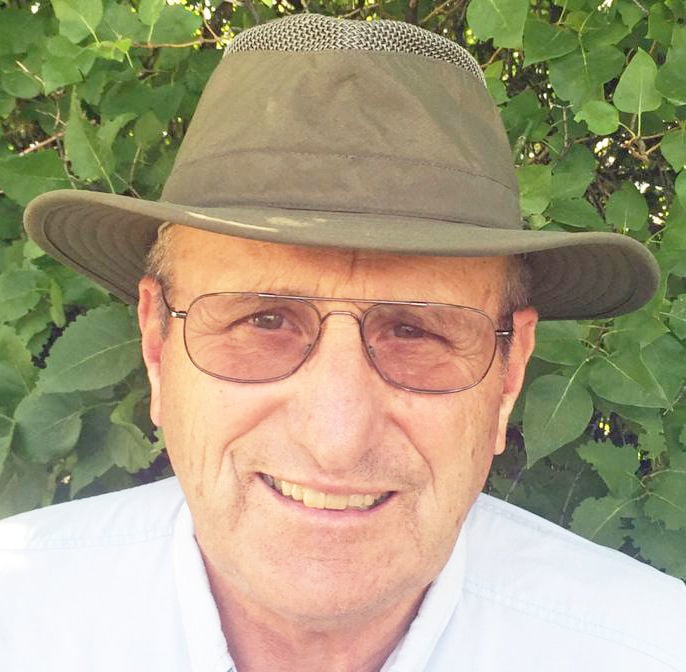