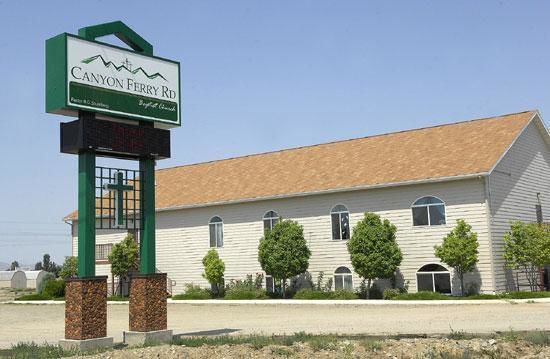 The Tactical Civics website encourages people to learn remedial civics and the Constitution, restore the constitutional militia and grand jury in each county and restore constitutionally limited government and live as self-governing people.

A meeting to discuss a movement that advocates for restoring a militia, taking Congress out of Washington, D.C., and returning the power that Congress has taken from the people, was held Tuesday night in East Helena.

The “Tactical Civics” meeting was held at the Canyon Ferry Road Baptist Church, however, it was not a church-sanctioned event. An Independent Record reporter who attempted to attend the meeting was told he was trespassing and asked to leave.

Steve Wagner, head of Montana Tactical Civics, told Montana Gazette Radio on March 25 that he believes most Americans do not like what is going on in Washington, D.C. He said most people are not “real happy with what has become with U.S. governmental system” and that is why he got involved in Tactical Civics.

He described it as a “restoration of our organic law, it is not a new thing to overthrow the government or push a political agenda on people,” he said. “It’s comprehensive, it’s peaceful and lawful.”

Tactical Civics, which was founded by brothers David and Oscar Zuniga and has a Texas mailing address, proposes to split Congress into smaller districts. Its website states it is part of AmericaAgain!, an organization that is recruiting Americans to learn remedial civics and the Constitution, "restore the constitutional militia and grand jury in each county to arrest corruption and restore constitutionally-limited government, and live as free, self-governing people."

Among its goals are to make U.S. House districts have no more than 50,000 people and to restore historic law enforcement mechanisms, such as the grand jury and militia power of the people, Wagner said.

He said these ideas are older than the United States.

“These are a little scary to people who don’t know much about them,” he told the radio show.

“It’s the local law enforcement arm of ‘we the people,’” he said.

Wagner, who described himself as a Christian, a businessman and family man, said he signed up on Christmas Day and is excited about the possibilities.

He said the federal system of service was at first given 17 tasks.

“Obviously they are doing way more than 17 things,” Wagner said, adding 17,000 would be an underestimate.

Flyers distributed in the area in late March stated: “Our Republic has been overthrown by an openly arrogant, lawless Washington DC and state palaces who push mask fascism, steal elections, invite in illegal aliens, plan gun grabs and intend to make American Communism permanent. Trump could not stop it, but taking America back is not a president’s job, it’s ours. Now The People have a plan for every county.”

Wagner said a militia can’t really do anything without the grand jury, which is the judicial arm of the people.

He said this probably “scares the pants off of lawbreakers, especially lawbreakers who are power hungry.

“They know that when we the people stand up and put a stop to it they will lose what they have stolen,” he said.

Wagner said Tactical Civics trains the citizenry how to stand up and do its duty.

Travis McAdam, program director of Combating White Nationalism and Defending Democracy for the Montana Human Rights Network, said recently he was not familiar with Tactical Civics prior to the March posting on social media, but said they had “pretty typical militia rhetoric and beliefs.”

Resting with his back against a tree, a bloodied and dazed Carl Mock called 911 after being severely mauled by a 410-pound male grizzly bear on Thursday.

See who got COVID-19 relief payments in Montana, and how much

Montana's Coronavirus Relief Fund grant programs opened on May 7, 2020 and have distributed tens of millions of dollars to businesses and nonprofits throughout Montana.

Montana reported 186 COVID-19 on Tuesday, and six more residents have died due to the virus.

Montana reported 167 new cases of COVID-19 on Wednesday, and five more residents have died due to the virus.

Montana reported 37 COVID-19 cases on Monday, as the total number of people fully vaccinated against the virus totaled more than 278,000.

The workers are continuing to protest despite losing their jobs.

Montana added 152 new cases of COVID-19 on Friday, and the deaths of nine more residents due to the virus have been confirmed.

Montana reported 189 new cases of COVID-19 on Thursday, and the number of confirmed active cases in the state rose to 1,047 people.

The Tactical Civics website encourages people to learn remedial civics and the Constitution, restore the constitutional militia and grand jury in each county and restore constitutionally limited government and live as self-governing people.