Montana is on track to ink a new contract with the private prison near Shelby by the end of the month, a deal that's come together under a different landscape than previous negotiations.

"All the basic details are already figured out: dollar amounts, the per diem, all of that," Gootkin said, adding the final language is being worked out between the parties' attorneys.

A CoreCivic spokesperson declined to comment on contract negotiations with the state.

The arrangement is moving now under very different circumstances than when the last deal was signed in 2019. Then-Gov. Steve Bullock was dealing with a massive budget deficit when it came time to renegotiate the prison company's contract in 2018. CoreCivic sought a 10-year contract and higher per diem rates. The Bullock administration resisted the company's initial terms, but ultimately signed a deal in 2019 that allowed the state to recoup $34 million from an account set aside in case the state was in a position to buy the prison. Bullock in turn used that money to backfill a hole in the state budget. Bullock said then he kept the contract length at two years in the hope that criminal justice reforms would eventually relieve prison populations so much that it would no longer need the private prison.

Today, Montana's state budget reserve is flush. A spokesperson for Gov. Greg Gianforte said this week the governor's office is focused on ensuring the state has appropriate capacity to house incarcerated persons. The ACLU of Montana, one of the primary opponents to the 2019 contract renewal with CoreCivic, said Wednesday it was concerned about the continued use of private prisons but had not taken an active role in discouraging this year's contract renewal.

The private prison industry, too, is in a different place. In its 2021 first quarter financial report published in May, CoreCivic said it has continued to generate cash flow — $454.7 million in the first quarter — during the COVID-19 pandemic and since the executive order by President Joe Biden for federal agencies to phase out private prison use. But the report also said the company would not provide 2021 financial guidance to investors due to the uncertainties around both disruptions.

Gootkin said he was not concerned about the uncertainty in CoreCivic's enterprise. He said he became more comfortable with the state's for-profit prison use after visiting Shelby earlier this year during an audit of the facility. Gootkin was appointed by Gianforte in January and confirmed by the Senate the following month.

"You automatically think it's a for-profit business, and that's the bottom line, that they’re going to do whatever they need to do to make as much money as possible," Gootkin said. "Now, granted, I'm sure that they do that, but we just got done doing an audit up there … That’s how we make sure they’re doing ... not only what's in the contract, but making sure they’re following policies and making sure they’re not cutting corners."

Another way to ensure CoreCivic's compliance, Gootkin said, was keeping the upcoming contract at a two-year deal. Gootkin said the contract requires additional programming, treatment and education opportunities at Crossroads. Another condition requires the prison to expand by roughly 170 beds.

In April, the Department of Corrections said it would vacate all of its state inmates at the Great Falls Regional Prison with a plan to transfer those 150 inmates to Crossroads Correctional Center. The U.S. Marshals Service, meanwhile, had been directed to not renew its contracts with private prisons and set course to move its 90-some federal inmates to the Great Falls Regional Prison. CoreCivic said in its first quarter financial report it expected the state inmate transfer to Crossroads would negate the financial impact of losing the federal contract.

Cascade County Sheriff Jesse Slaughter said Tuesday the two facilities are still in the process of transferring inmates, but the shift has opened more than 100 beds in the regional prison, a "flip-of-a-switch jail expansion," he said.

On the other hand, the swap means CoreCivic will have expand its number of beds as part of the contract renewal.

To facilitate the expansion, Gootkin said CoreCivic has begun remodeling an area of the facility for additional beds. Part of that expansion, however, also includes adding a third bunk to what Gootkin described as a small number of cells. He surveyed the three-bunk cells already in place during the audit tour of the facility earlier this year. He said the cells at Crossroads, bigger than those at Montana State Prison, eliminated his overcrowding concerns. He also spoke with inmates living in the quarters, who he said felt safer because the third inmate could serve as a witness if any conflicts were to arise from the cell.

Kurt Aughney, quality assurance director for the Department of Corrections, said Wednesday the three-bunk cells have been in place for several years at Crossroads and the facility has maintained its American Correctional Association accreditation, which state law requires to do business with a private correctional facility.

"They've approved that side of the living space," Aughney said.

A legislative audit published in 2020 evaluating the state's own prisons and contracted facilities from 2012-2019 found Montana holds more inmates in contract facilities than any other state. The audit also found private prison use was cheaper than the state's own 1,600-bed prison on a per-inmate basis, a discrepancy driven largely by medical costs at Montana State Prison, according to the audit. The cost per inmate per day to house inmates at Montana State Prison near Deer Lodge was $104.38 in 2019, while Crossroads cost $77.46 per inmate per day.

This year CoreCivic sought and received a hike on its per diem rate, which is currently $70.90, a CoreCivic official told lawmakers in January. Gootkin said the new contract will lift CoreCivic's per diem rate closer to $79, although a Department of Corrections spokesperson could not confirm the figure before the contract is finalized.

"If we're doing $79 a day and they're doing everything we need them to do, why not?" Gootkin said.

The prospect for purchasing the Shelby prison seemingly evaporated when the state took back the $34 million in its account to do so in 2019. Gootkin said the age of the facility, which opened in 1997, also has the department looking ahead to other options.

"Buildings like that have a life expectancy of about 30 years, and we're just about there," he said of Crossroads Correctional Center. "That's something during the next year or two that we really have to evaluate to have a future strategic plan on."

Overcoming workforce shortages in Shelby will be a test to determine if the department maintains its relationship with the prison, Gootkin said. Andrea Evans, senior director at CoreCivic, told a legislative budget committee in January that exit interviews with outgoing staff showed access to housing as a major issue in employee retention. Evans said the company was working with city officials in Shelby to try to increase housing opportunities. In the meantime, the prison has shuffled some staff from other facilities to fill the gaps.

Gootkin said the department also needs to also consider the cost of maintaining the Shelby prison versus finding a new location. Housing in Deer Lodge is also an issue for Montana State Prison, which is the oldest of the department's secure facilities, he said. By contrast, the Montana Women's Prison, located inside the Billings city limits, has virtually no staffing issues, he said.

"So if we were and when we decide to do something different, we are going to have to go to one of the big six" cities in Montana, Gootkin said.

The Biden administration's suspension of new oil and gas leases on federal land and water was blocked Tuesday by a federal judge in Louisiana.

A citizen group espousing the need for judicial integrity is backtracking claims on its website.

Those who spoke against the proposed rule asked for the policy to be rejected, delayed or crafted as broadly as possible. 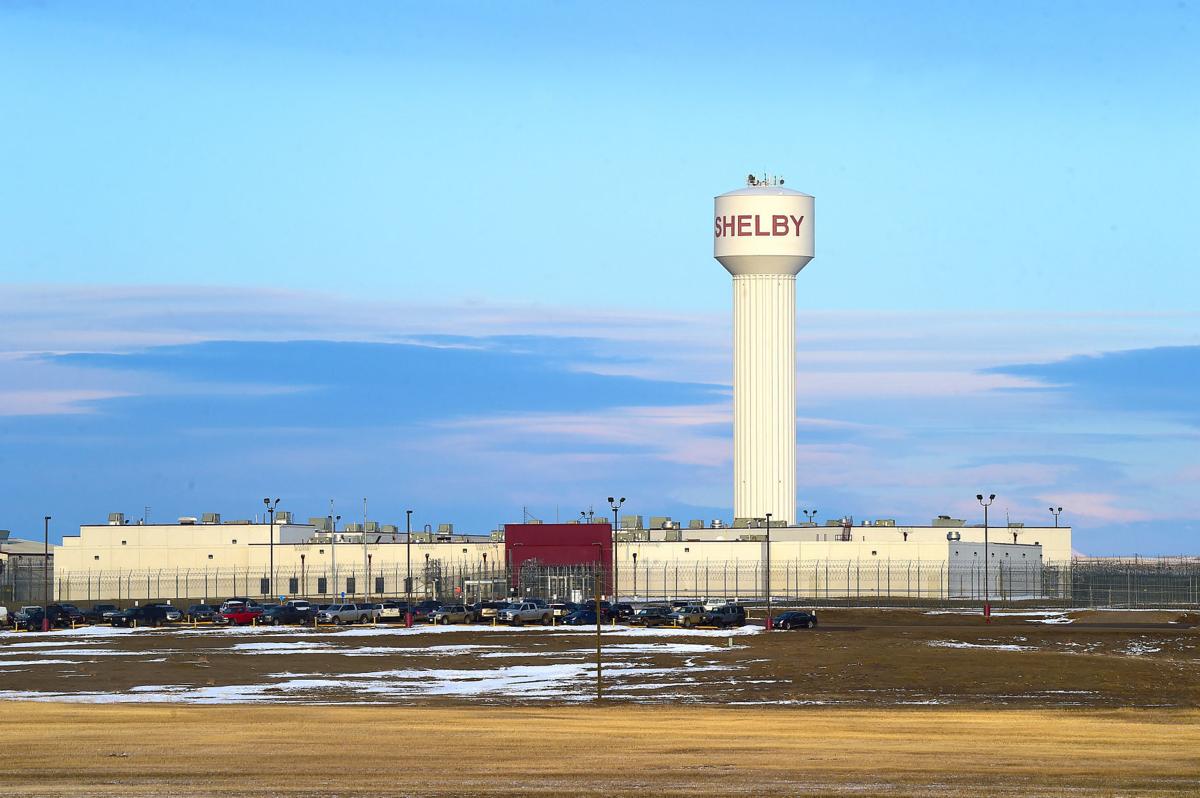 The Crossroads Correctional Center is a major employer in Shelby. It holds almost 15% of the county's total population with a 712-bed facility for both federal and state inmates.

Crossroads Correctional Center outside Shelby is operated by CoreCivic, a private prison contractor. 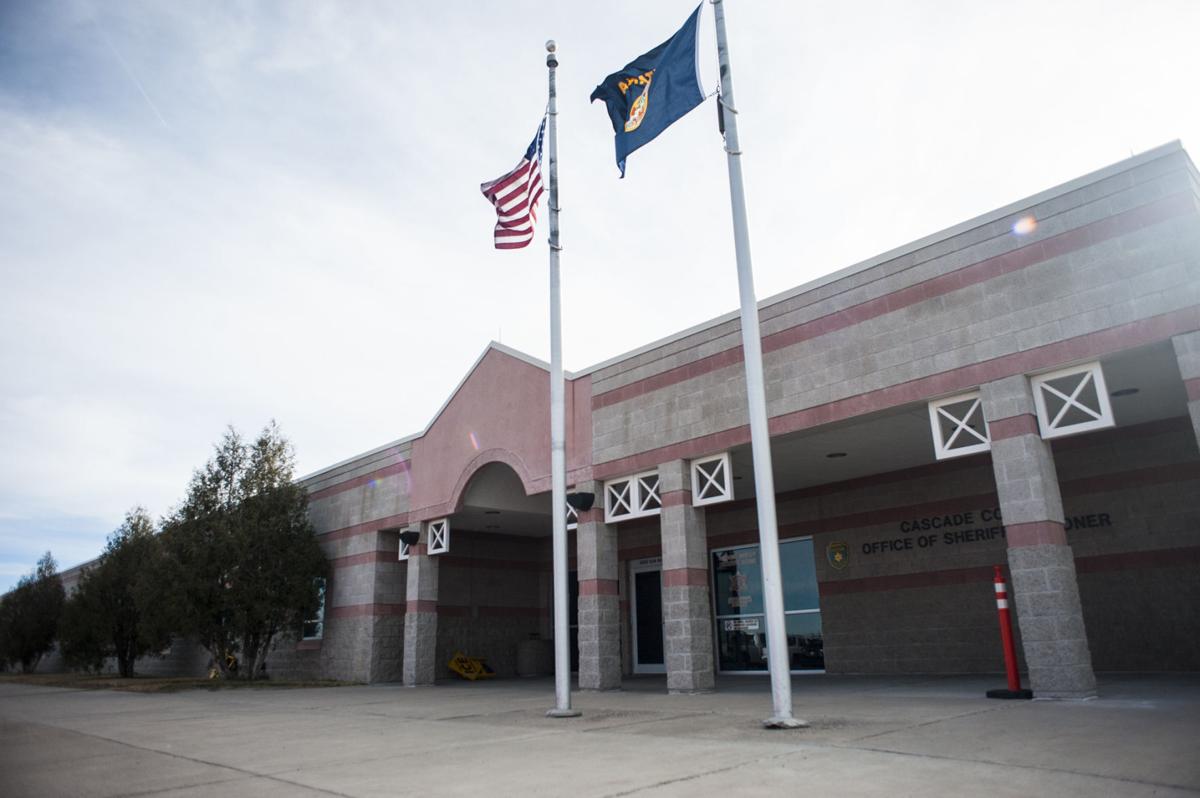 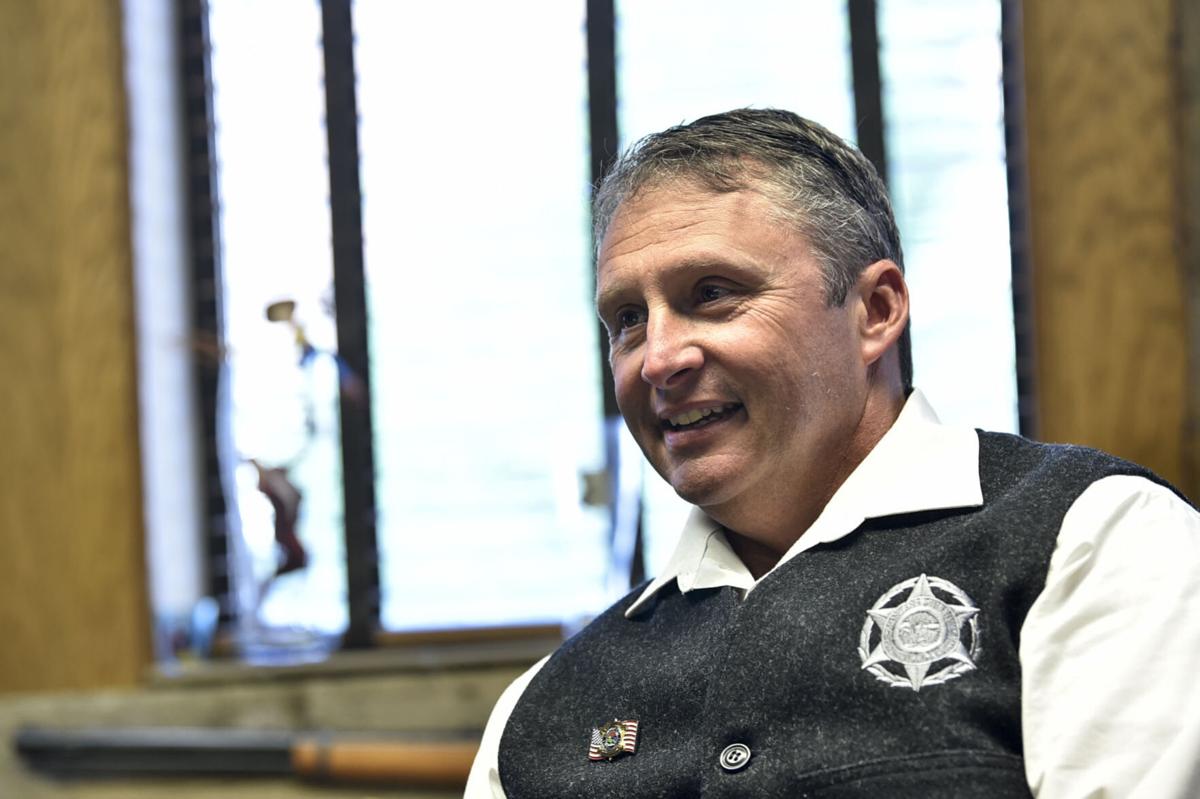 Brian Gootkin, director of the Montana Department of Corrections in his Helena office.