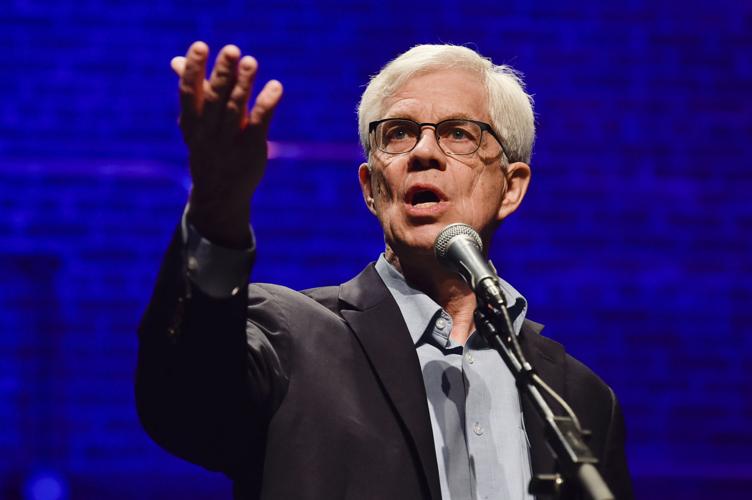 Mike Cooney, Democratic candidate for governor, speaks Friday night at the Emerson Center for Arts and Culture in Bozeman. 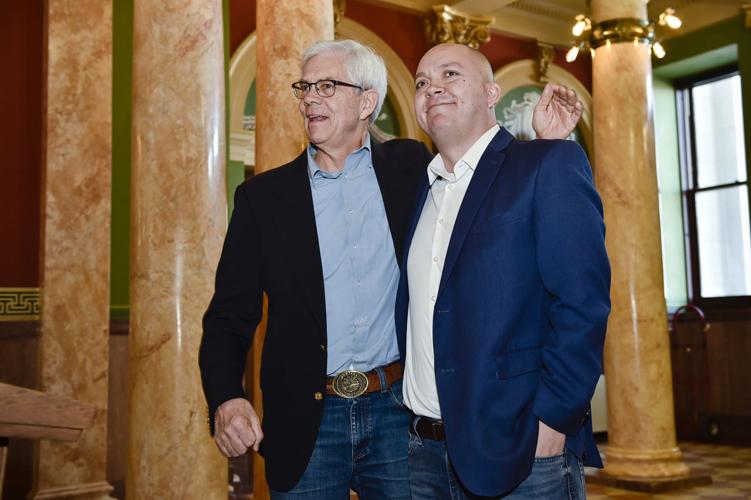 Schreiner is a four-time state representative and was minority leader in the state House in 2019. During his bid for governor, he highlighted what he said was meeting all the Democratic priorities he laid out at the start of that session, from a bill that continued Medicaid expansion in Montana to breaking an infrastructure logjam.

At an announcement from the Capitol rotunda, Schreiner said he understood the struggles of many Montana families, having navigated the loss of his teaching job and the premature birth of one of his sons.

"Montana families deserve somebody in Helena who's willing to fight for them, that understands first hand the challenges," Schreiner said. " … These are the things people need to know about when they're governing, not from a poll or survey but because they live it and breathe it every day."

Cooney said that Schreiner has shown from his time in office that he can champion Democratic priorities.

"I've spent my career in public service fighting for Montanans, earning their support," Cooney said. "Casey is also a fellow fighter who has earned your support. With Casey at my side, I know that together we're ready to lead, we're ready to fight for Montana."

When Schreiner left the race as a governor candidate, that left Whitney Williams, a Missoula business owner who comes from a well-known Montana political family, as Cooney’s only other opponent in the primary. Democratic former state Rep. Reilly Neill, of Livingston, left the race in January. Williams has yet to announce her choice for lieutenant governor.

In their announcement, Cooney and Schreiner both emphasized their focus on keeping the governor's office in Democratic hands and specifically named Gianforte as their expected opponent.

Cooney said in addition to his life experience, Schreiner brings a younger perspective to the ticket and can help the campaign in Cascade County, an area where whoever wins the general election must perform well. The two men also emphasized their experience working with a Republican-majority state Legislature, which is expected again in 2021.

Before running for governor, Schreiner was a work-based learning director at the state Department of Labor and Industry. He also worked as a science teacher.

The deadline to file for office is March 9. Democratic Gov. Steve Bullock is termed out from running again.

By law, the emergency rule expires in 120 days. Thursday's hearing began the process of permanently adopting the rule.

A citizen initiative meant to curb rising home property taxes is dead for now after business groups and unions spent more than $300,000 in their campaign to keep it off the November ballot.

An audit of the Montana's health department called into question millions of federal dollars the state has spent on foster care, epidemiological services and other health-related programs.

Meier out as head of state health department

Charlie Brereton will take over as department director after Meier leaves office on Aug. 12, according to a Thursday morning press release from the governor’s office.

Mike Cooney, Democratic candidate for governor, speaks Friday night at the Emerson Center for Arts and Culture in Bozeman.