President Donald Trump leads Democratic challenger former Vice President Joe Biden by 7 percentage points among likely voters in Montana, a state Trump won by 20 percentage points four years ago, according to a survey in the state commissioned by the AARP. 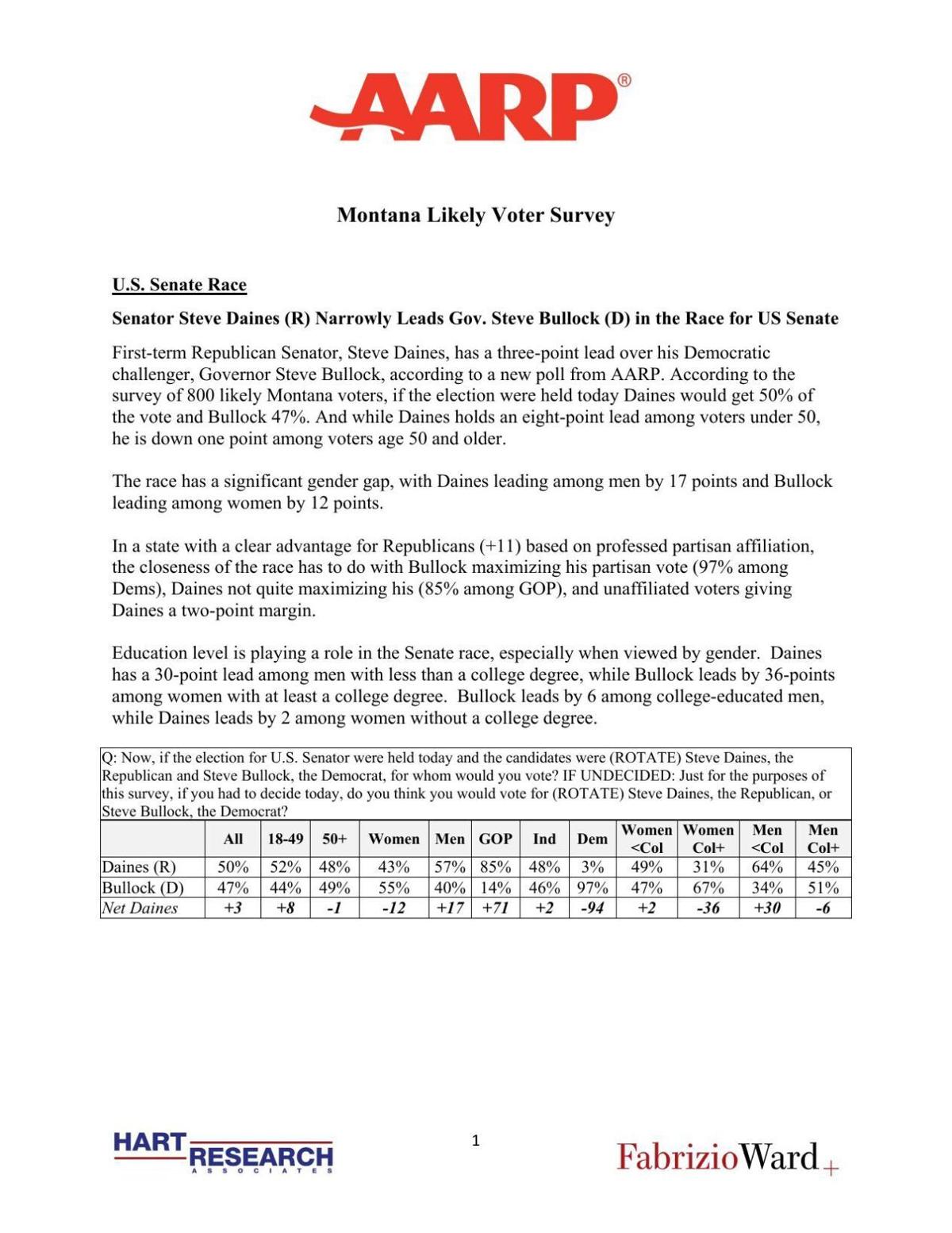 "I wouldn't want to have to bet a lot of money on this race right now," said political analyst Lee Banville, a professor in the University of Montana School of Journalism and the author of "Covering American Politics in the 21st Century: An Encyclopedia of News Media Titans, Trends and Controversies."

Banville called Trump's single-digit lead (50%-43%) over Biden among those polled "surprising," adding it demonstrates "either an appeal for Biden or a frustration with the president. It's certainly fairly remarkable to see a Republican ahead by single digits (in the race for) president. It's pretty striking."

Trump’s lead over Biden nearly vanished — 48% to 47% — when it came to voters ages 50 and older. That age group comprised 61.7% of Montana voters in 2018, according to a release from the AARP, a group that focuses on issues of concern to older Americans. The AARP commissioned polls in states with key U.S. Senate races, including Montana. Surveys also were conducted in Arizona, Colorado, Florida, Georgia, Iowa, Maine, Michigan, North Carolina, Pennsylvania and Wisconsin. Trump saw his biggest edge in Montana, according to the AARP.

“Candidates who want to win in 2020 must talk about the issues that matter most to voters 50 and over — like voting safely from home or in-person, preventing cuts to Social Security and Medicare and lowering prescription drug prices,” Mike Batista, director of government affairs for AARP Montana, said in a release.

The AARP pointed out the race's "significant" gender gap. Daines led among men by 17 percentage points; Bullock among women by 12 points.

And, said the AARP, "In a state with a clear advantage for Republicans (+11) based on professional partisan affiliation, the closeness of the race has to do with Bullock maximizing his partisan vote (97% among Dems), Daines not quite maximizing his (85% among GOP) and unaffiliated voters giving Daines a two-point margin."

Banville termed the AARP poll conducted by the bipartisan Fabrizio Ward and Hart Research firm "probably the best poll we've seen about Montana during the campaign." He pointed to its large sample size — 800 likely general election voters — which grew larger still with an oversample of 400 likely general election voters ages 50 and older for a total of 837 in that age group. Live callers conducted 70% of the interviews by cellphone and 30% via land line.

In a question posed only to the 50-and-older group, the poll found "significant" concerns that recent U.S. Postal Service reductions might affect votes being counted. Overall, 61% said they were concerned, with the most striking disparity between Democrats (84% concerned) and Republicans (49%).

On Tuesday, Bullock sued the U.S. Postal Service and Postmaster General Louis DeJoy seeking to reverse “unlawful” changes made to Montana postal services ahead of the November election, including eliminating overtime pay and dismantling mail-sorting machines.

"Gov. Bullock has made the Post Office a big deal," Banville said. " … This poll bears out that was a good argument to make for him," especially when it comes to older voters. Layer concerns with the Postal Service onto the fact that Trump's re-election campaign and other Republican groups sued Bullock last week seeking to overturn the governor's mail ballot directive, "and this is perceived, accurately or not, as a Republican attack on the Post Office led by the president. It would be enough to sway a few voters (who think) that, 'I don't want to support the senator who supports the president who's doing this.'"

Daines has been a full-throated supporter of Trump, but joined the other two members of Montana's congressional delegation — Democratic Sen. Jon Tester and Republican Rep. Greg Gianforte — in decrying changes in the Postal Service.

Other results from the poll include:

• Women preferred Bullock to Daines, 55%-43%, albeit with significant differences when a college education was factored in. Women with a college degree favored Bullock 67%-31%; for those without, it was a statistical tie, with 49% favoring Daines, and 47%, Bullock.

• The breakdown among men with college degrees was less stark; they favored Bullock 51%-45%; those without broke for Daines 64%-34%.

• 51% of likely Montana voters say they would not agree to be vaccinated if an FDA-approved vaccine to prevent coronavirus were immediately available for free; 43% said they would.

• 61% of Democrats surveyed said they would be vaccinated, compared to 43% of unaffiliated voters and 30% of Republicans.

Banville saw the numbers on a potential vaccine as a reflection of unease about its safety, given the hurry-up nature of the research. "I think it's about trust in government and just fear that this is going too fast," he said.

Vice President Mike Pence promised more tax cuts and continued crackdowns on violent protests occurring elsewhere in the U.S. as he urged Montana voters on Monday to expand the Republican party's rising dominance in the state.