US to resume policy for asylum-seekers to wait in Mexico

A Glendive woman is suing the Bureau of Indian Affairs for $1 million over a 2015 child custody dispute that pitted state and tribal courts against each other.

Patsy Fercho, 64, fled to the Northern Cheyenne Reservation in 2015 with her two grandchildren in an attempt to avoid a Minnesota court's order granting custody to the kids' father.

The boys, who were 8 and 5 years old at the time, are Northern Cheyenne tribal members.

The boys left the reservation when BIA agents took the children in November 2015 and placed them with the father, who lives in Minnesota.

On Wednesday, Fercho sued the U.S. government over the ordeal, alleging that the BIA agents harassed and unlawfully detained her. She also claims that the agents were wrong to follow Minnesota courts instead of a Northern Cheyenne tribal court order granting custody to Fercho.

In addition to this federal lawsuit, a custody battle continues in the Minnesota courts. The result is a jurisdictional battle against the Northern Cheyenne tribe, which has passed resolutions to grant guardianship to Fercho.

“It’s a mess," said Roberta Cross Guns, an attorney representing Fercho in Minnesota courts. "What can I say?”

On Nov. 21, 2015, BIA agents went to a Lame Deer church to take two boys from Fercho and hand them over to the father, who was awarded custody by a Minnesota district court.

One of the boys screamed as the agents moved in, according to documents in Fercho's lawsuit. Fercho was so scared she vomited.

Fercho's lawsuit was filed in U.S. District Court in Montana. Filings in that case say one BIA agent took the two boys to the father while the other detained Fercho, driving her around for an hour while the exchange took place.

Fercho's attorney in the federal lawsuit, Matthew Monforton, labeled the detainment as false imprisonment in the lawsuit. He also alleges that the BIA's actions as part of the Minnesota court's order constituted an illegal arrest.

Thus, Fercho is seeking $1 million in damages from the federal government.

“That’s a conflict that should have played out in the courts," Monforton said Thursday. "It should not have been decided by BIA agents taking it upon themselves to illegally arrest Patsy Fercho and seize the grandsons on their own initiative.”

The conflict existed largely in the courts. The BIA's detainment of Fercho in 2015 was the result of a years-long custody battle to determine which court wins out — a tribal court backing Fercho or a state district court backing the boys' father, 31-year-old Derek Lorenz.

The conflict continues today amid a web of tribal membership, family ties, federal statutes and court jurisdiction — all of which are factors in custody.

Laci Fercho, 30, has dealt with addiction issues throughout her life, court documents say. In 2014, a Dawson County district court found that she was not a suitable guardian for the kids.

Lorenz, the boys' father, is also not a tribal member, according to court documents. He lives in Rochester, Minnesota, and has been fighting Patsy Fercho for custody.

At the center of it all are the two boys, who are now 10 and 7 years old. They moved between living with Lorenz and Fercho throughout their lives.

While Fercho's federal lawsuit focuses on the actions of BIA agents, it also levels allegations against the boys' father. It says Lorenz threatened violence for years and was otherwise abusive to Laci Fercho and the boys. The lawsuit also calls Lorenz an alcoholic.

Monforton said these allegations came from the testimony of family members and friends, including Fercho.

“The evidence is overwhelming with regard to the psychological and physical abuse that the birth father was inflicting on the grandsons,” he said.

Attempts to reach Lorenz were unsuccessful, but Minnesota court records show that Lorenz had at least two DWIs and other traffic offenses. His most recent conviction was a seat belt violation in 2011.

A Dawson County custody order from 2014 found Lorenz to be a suitable guardian, saying he had completed outpatient treatment and had a steady job. Minnesota social workers also looked into the allegations.

"Olmsted (Minnesota) County Child and Family Services did a complete investigation, including (Fercho's) and mother's allegations and found them to be unfounded and approved placement with the father," said a 2015 court order from the Third Judicial District Court in Minnesota.

By 2015, district courts in both Dawson County and Olmsted County, Minnesota, granted custody to Lorenz.

Minnesota courts disagreed, arguing that the children hadn't lived on the reservation and that prior courts had granted custody to Lorenz.

On Nov. 20, court referee Gail Baker and District Court Judge Robert Birnbaum in Minnesota issued its final ruling in Lorenz's favor. The next day, BIA agents took the kids from Fercho, who sought shelter with the kids in Lame Deer despite state court warrants.

That wasn't the end of the custody battle.

In her lawsuit, Fercho claimed a BIA agent named Donovan Wind harassed her for months after taking the boys off the reservation. The lawsuit says that Wind followed Fercho and told her he could arrest her at any time.

Eventually, Fercho returned to Glendive, but she continued to seek help from the tribal government.

In May 2017, the Northern Cheyenne tribe issued two resolutions. One declared the tribal courts have jurisdiction over the boys' case. The other said the boys are wards of the tribe and that Fercho should have guardianship.

The BIA confirmed the two resolutions, according to documents provided by Cross Guns.

“The reason they did this is because the children were taken illegally and they had to ignore the tribal court order," Cross Guns said. "I guess Minnesota doesn’t understand sovereignty.”

The Minnesota courts and Northern Cheyenne government continue to butt heads on the issue. Both contend that their court has jurisdiction over the other.

With the tribal resolutions in hand, Cross Guns again petitioned the Minnesota court to reconsider custody for Fercho. On May 14, 2018, the court denied the petition.

The BIA hasn't responded to Fercho's federal lawsuit, which was filed on Wednesday. A spokeswoman for the agency declined to comment on the case.

After incident, Montana's state hospital has a new policy for client-caused emergencies

Late last year, the unit of the Montana State Hospital that handles people committed through the criminal system locked down all of its patients during what a state licensing bureau called a "perceived 'emergency situation.'" 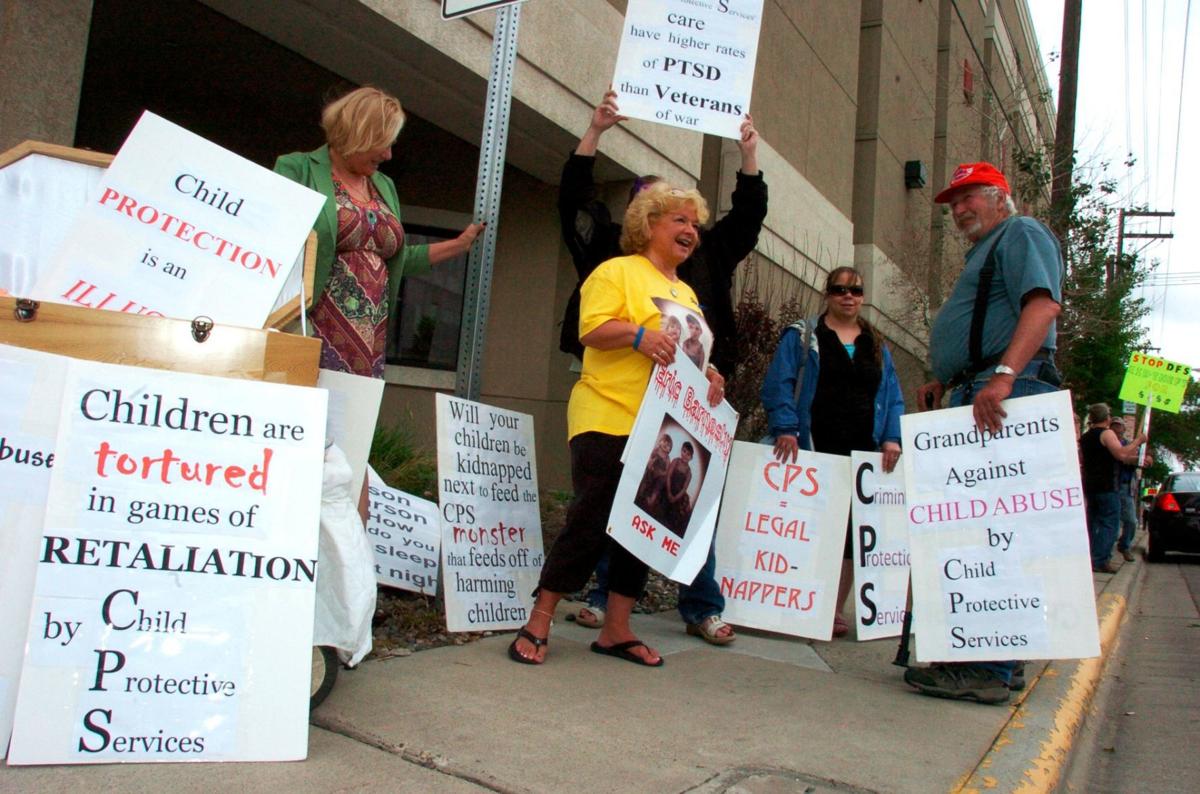 On June 5, 2015, Patsy Fercho, center, protests outside the Montana Department of Public Health and Human Services office in Billings with others who are upset about how the Division of Child and Family Services handles placement of children in abuse and neglect cases. Fercho is hiding out from the law, caught in a legal limbo between state and tribal courts as she tries to gain custody of her grandsons.

This is the conclusion to a 2015 court order signed by Court Referee Gail Baker and Judge Robert Birnbaum of the Third Judicial District Court in Minnesota. The order grants custody of two boys to their father despite a Northern Cheyenne tribal court order.