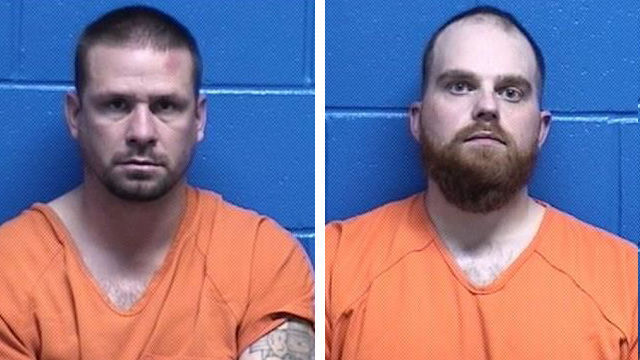 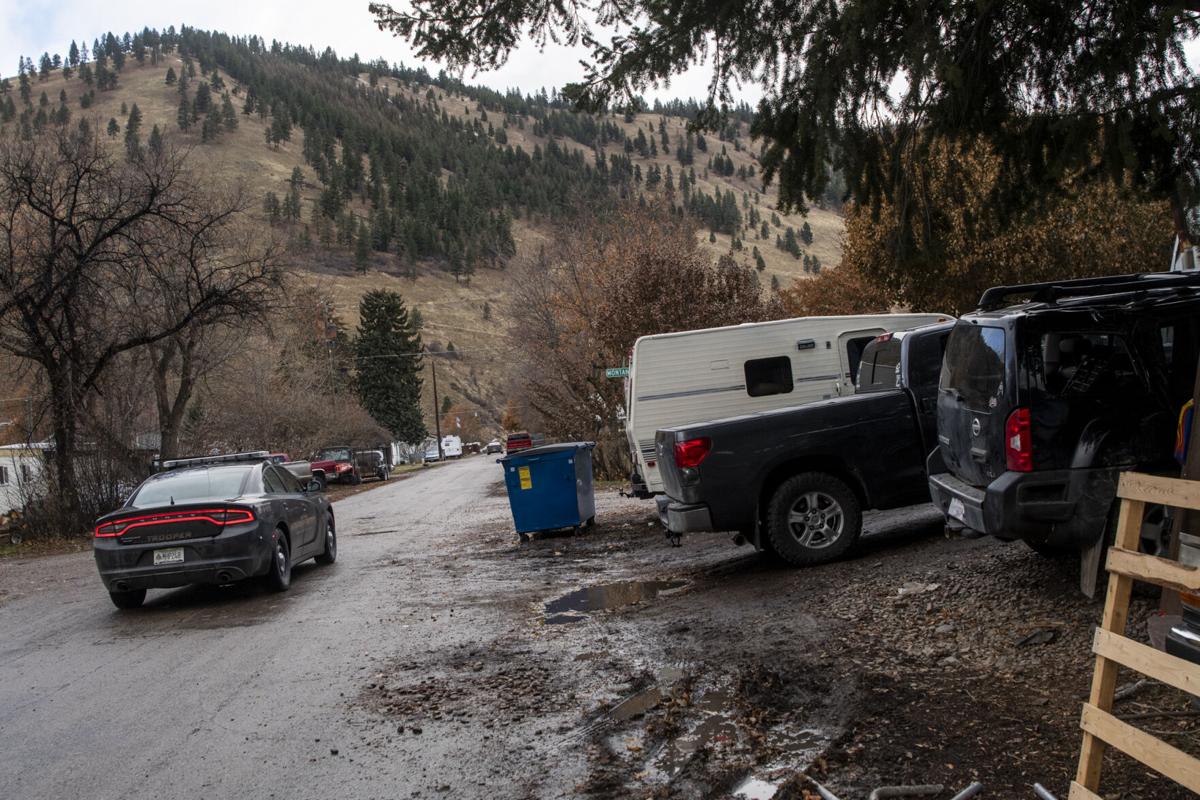 A Montana Highway Patrol vehicle drives by the scene of a reported FBI raid on Wednesday evening.

Two men, one who was recently suspected in a Flathead Valley homicide and allegedly bought meth from the Aryan Brotherhood, are facing federal drug and firearms charges after they were arrested in a federal raid Wednesday night in East Missoula.

Leon Paul Kavis, 36, and Dylan Roy Mace, 28, were booked into the Missoula County Detention Center late Wednesday night after a standoff with law enforcement on the 500 block of Montana Avenue. Federal prosecutors allege Kavis received methamphetamine through the mail, at least once to his fictitious business, "Customers Choice," at the address of the FBI raid that took place Wednesday night.

Residents in the area said Thursday they saw an armored vehicle parked outside a structure and heard the FBI announce themselves over the loudspeaker Wednesday night. Loren Hartinger, who lives across the street, said he heard law enforcement set off some sort of explosive device, like a flash or smoke grenade, several times in apprehending the people inside. Hartinger said, despite a rough reputation, the neighborhood is typically quiet.

"They say 'It's East Missoula,' but it ain't bad here," he told the Missoulian. "It's not any worse than anywhere in Missoula."

Indeed, federal court documents filed against Kavis and Mace the day of the raid show the commotion involved in the alleged drug trafficking network reached from California to Great Falls, Kalispell and Missoula.

Law enforcement became aware of the alleged network in Missoula in March through a confidential source, according to charging documents. That source met Kavis roughly five months earlier, and told the FBI he had purchased about a pound of meth from Kavis over that period. Separately, another confidential source in June described Kavis to law enforcement as his meth supplier in Missoula, according to court filings. That source told law enforcement Kavis received large quantities of meth from California and then distributes it to Missoula, Kalispell and Great Falls.

From December 2019 through February 2020, the Missoula Police Department's street crimes unit began gathering information on Mace, who at the time was known to be a large-level meth and heroin dealer in the Missoula area, according to court records.

In July and August, federal agents tracked the packages sent to the address of Wednesday's raid, intercepting one which contained five pounds of meth.

In September, Kavis was cleared of homicide charges in the Flathead Valley, after prosecutors found elements of self defense and justifiable use of force, the Daily Inter Lake reported. Charging documents filed against him Wednesday state Kavis shot and killed a man with a semi-automatic handgun, then called 911 and gave the Flathead County Sheriff's Office an interview. While Kavis was cleared of the murder charge, a third confidential informant said the man Kavis was the meth supplier for was the man he had shot and killed, according to the charging documents. The man, T.J. Kuchinski, had stolen about $18,000 from Kavis' drug money, the informant said in charging documents, and spent it all. Another source said Kavis killed Kuchinski "over a girl." A different source speculated that Kavis had planted the gun on Kuchinski to make it look like self-defense.

Eventually, a California office of the FBI obtained a search warrant for Kavis' cell phone, in which they found messages indicating Kavis was receiving shipments of meth in Montana from members associated with the Aryan Brotherhood. In October, agents "intercepted a call" from Kavis to a woman in Montana in which he describes wanting to kill FBI agents for arresting one of his associates and investigating Kuchinski's death.

Both Mace and Kavis appeared in U.S. District Court in Missoula Thursday morning. They remained jailed in the Missoula County Detention Facility without bond Thursday afternoon.

A Montana Highway Patrol vehicle drives by the scene of a reported FBI raid on Wednesday evening.