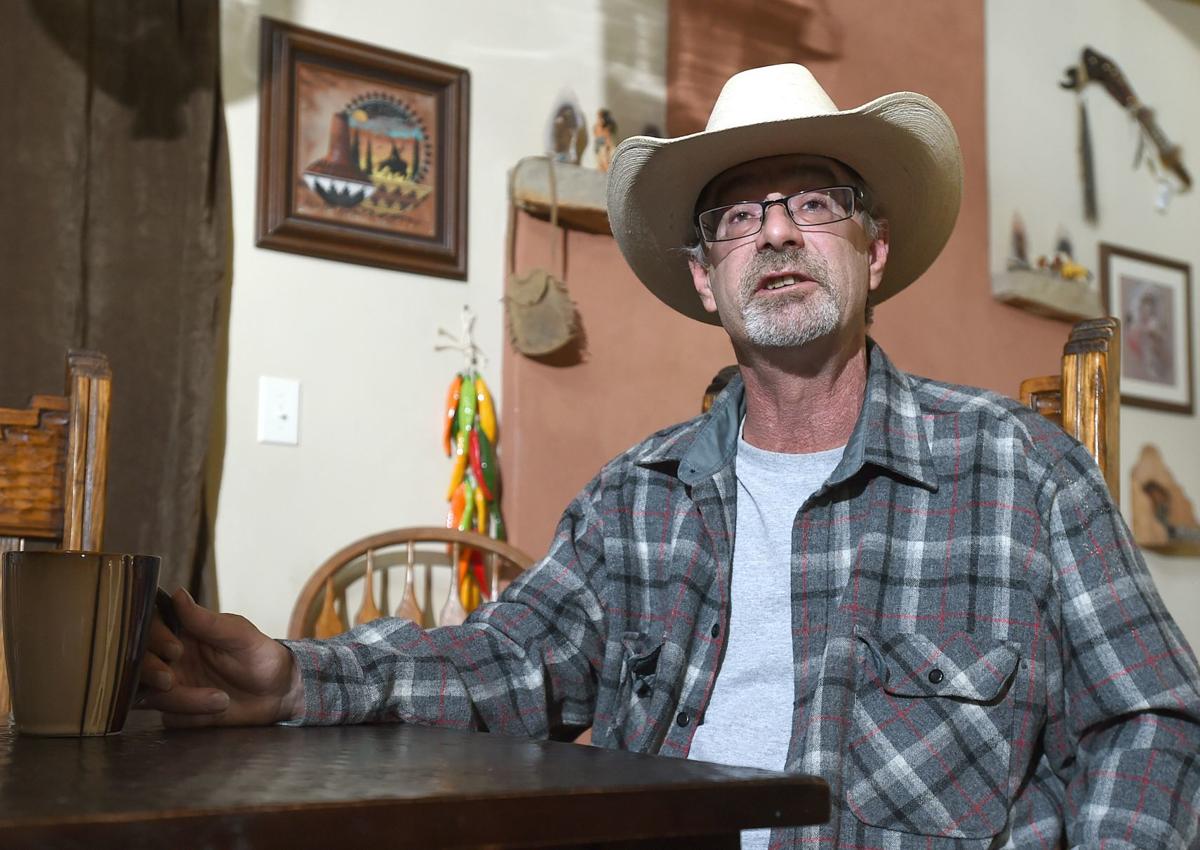 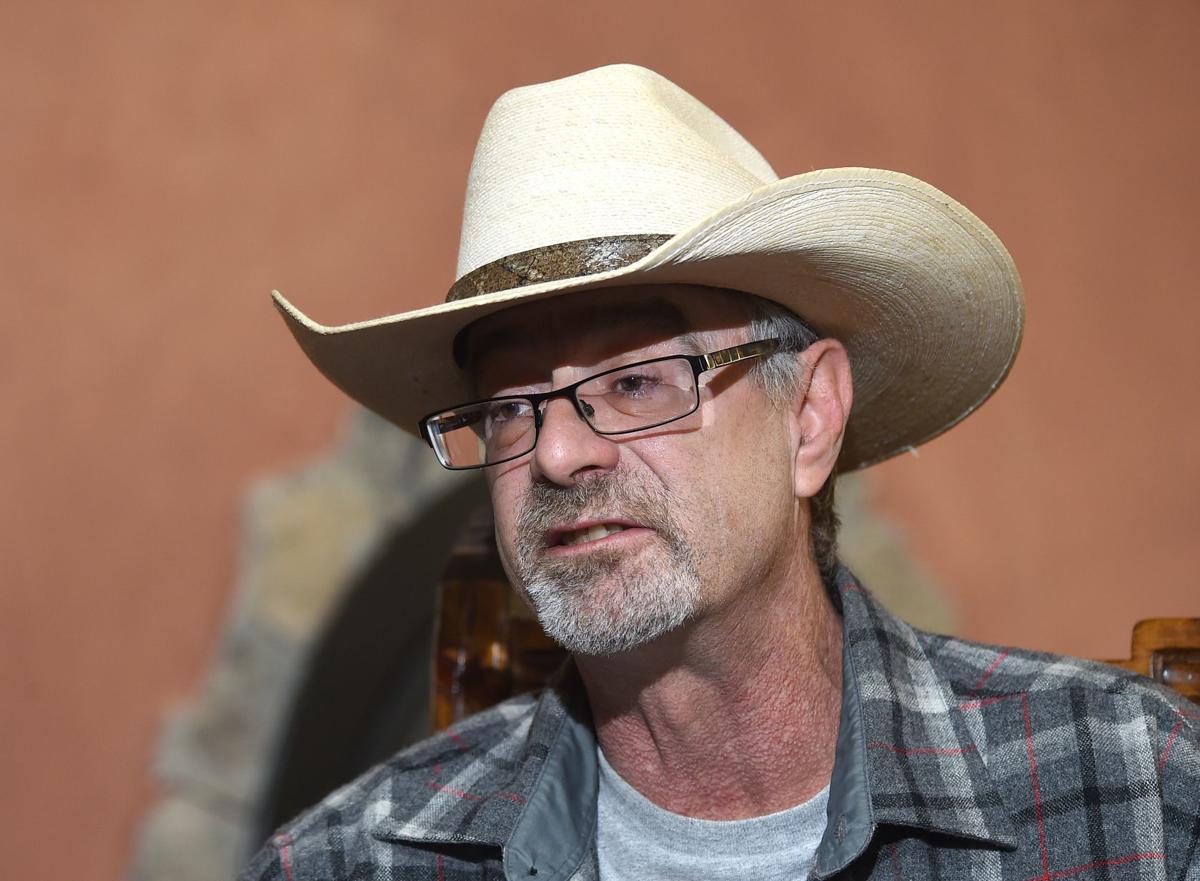 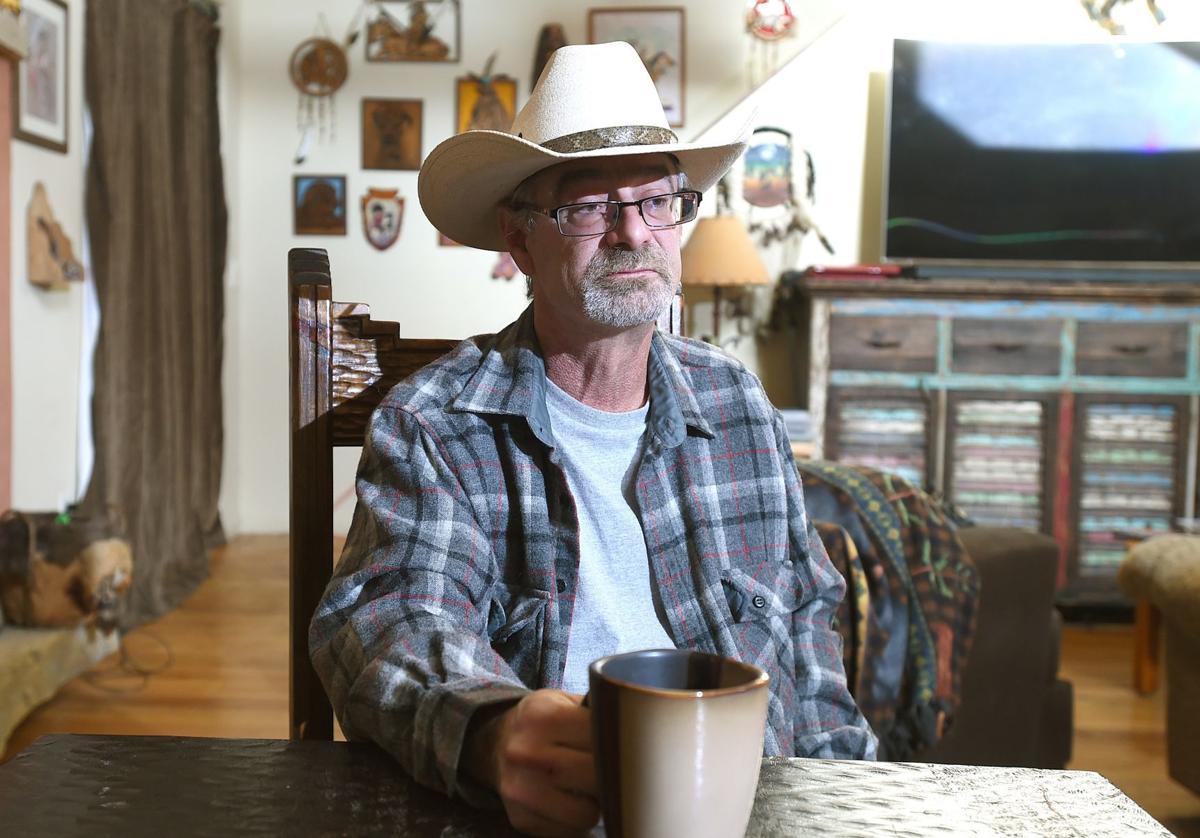 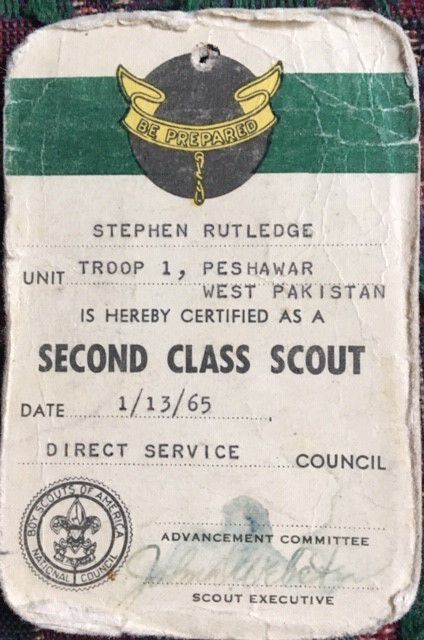 Stephen Rutledge's Boy Scout identification card. To this day he carries it with him in his wallet.

Amid a flurry of lawsuits filed across the nation against the Boy Scouts of America alleging sexual abuse of young Scouts, a national group of attorneys is gearing up to file as many as 15 more in Montana.

More than a dozen men living in Montana have joined a national group, Abused in Scouting, and a trio of law firms is working with more than 1,300 men across the nation to bring a case against the BSA. The law group is also preparing to file a suit in Washington, D.C., with more than 700 clients.

The coalition of law firms is one of multiple legal groups bringing scores of lawsuits across the nation against the BSA. Abused in Scouting has already brought one case against the Boy Scouts of America this year out of Pennsylvania. Two suits were filed Wednesday against the Montana Council alleging sex abuse.

Dozens of cases have been filed in states like New York and New Jersey made possible by recently passed bills opening windows for victims of child sex abuses to file lawsuits against their abusers, even if the statute of limitations had already expired.

Montana passed a similar bill this year, opening a one-year window beginning in May to allow victims to bring cases against their accused sexual abusers. That window closes in May of 2020.

In Montana, at least 15 men had joined the Abused in Scouting group as of Thursday. Tim Kosnoff, lead attorney for AIS, thinks there are likely more Montana men who haven’t come forward yet.

“That is really not a reflection of how extensive the problem is in Montana,” Kosnoff said of the 15 men during a phone interview with The Billings Gazette.

Despite the looming deadline for filing lawsuits in Montana, lead attorney Kosnoff said he is not rushed to file a suit.

Kosnoff is waiting to file amid rumors the BSA are preparing to file for Chapter 11 bankruptcy protection and are waiting on a “discussion” the law group is preparing to have with the Boy Scouts.

If the BSA does file for bankruptcy, all pending litigation against the BSA would freeze, slowing the process. Depending on the type of bankruptcy granted, it could also limit any future claims.

“Bankruptcy doesn’t mean that the clients are not going to receive compensation,” Kosnoff assured. “It just means that it’s going to be processed through the bankruptcy court instead of hundreds of state courts.”

In a statement to The Billings Gazette, the BSA said it has taken no formal steps toward filing for bankruptcy protection:

“The Boy Scouts of America is working with experts and exploring all options available so we can live up to our social and moral responsibility to fairly compensate victims who suffered abuse during their time in Scouting, while also ensuring that we carry out our mission to serve youth, families and local communities through our programs.”

The law group is also waiting on a pending “discussion” to be had with the BSA, said Andrew Van Arsdale, one of the three lead attorneys. That discussion may be among the first steps toward remuneration.

“The BSA is trying to have discussions with us beforehand, and it's in our best interest to hear them out and not let them waste their resources on defense lawyers, which ultimately hurts our clients and chance of recovery,” Van Arsdale said, adding that he wouldn’t characterize it as a settlement and that no financial compensation has been discussed.

If there is no progress with those talks, then the group will file in Montana, Van Arsdale said.

“By Thanksgiving we can file all 15 of our Montana-based abuse cases under the window,” he said.

Those cases would be filed individually against the Boy Scouts of America, the Montana Council and each individual’s named perpetrator of abuse, he said.

Kosnoff said that the number of abused Boy Scouts across the country could be in the tens of thousands.

The law group has clients from every state except North Dakota, and has even received allegations of abuse that happened in military bases overseas, Kosnoff said.

Nationally, the Abused in Scouting group has gained momentum since February when it began running television ads and launched a website to encourage survivors of abuse to come forward.

Clients began quickly flooding in, and their client base has grown to more than 1,300 men. The law group also has an office in Billings with specialists to speak to men coming forward, as well as a website specific for the Boy Scouts' case.

Victims range from teenagers to men in their 80s, Kosnoff said. Allegations vary from showing pornographic photos to Boy Scouts, to molestation and rape.

“It really is a tapestry of America over the last 50 years, and I think that’s reflected in the various walks of life that people who have hired us come from,” Kosnoff said.

AIS victims go through vetting processes to ensure their allegations can be supported, said Van Arsdale.

Background checks of both the alleged victim and the accused abuser are performed before the law group will represent the victim, he said.

Of about 10,000 men who have come forward, the law firms have accepted only about 1,300 as clients based on the provability of their accounts.

History of abuse in Montana

The lawsuits filed Wednesday by two men, not affiliated with AIS, both specifically name the BSA's so-called “perversion files” as evidence of the BSA’s negligence in protecting boys from deviant adult volunteers. Local troop leaders, and scoutmasters, are almost exclusively participate as volunteers.

Following the founding of the Boy Scouts in 1910, a “red flag” system was developed as a way for Scout leaders to keep track of volunteers suspected of abuse.

The red flags would make others in the organization aware that those volunteers, and were categorized by type of offense.

In the “perversion files,” six men in Montana were named as abusers between 1965 and 1985, two who lived in Billings.

One other man has been named in a pending lawsuit out of New Jersey, he was an “ineligible volunteer” from Kentucky but served later as a Scout leader in Billings in the 1980s.

In 1987, he was convicted in Billings of sexually assaulting two girls, ages 11 and 12, and sentenced to 8 years in prison.

Those files, which came to light in 2012, have been a catalyst for some of the lawsuits — including the latest Montana suits — which claim the BSA has not done enough to protect boys, even when abuse was clearly documented.

The BSA even let known abusers relocate to different districts where they would have access to more children, the suits allege.

In a statement to The Billings Gazette, the BSA says no system is perfect.

“In the 1920s, the BSA created a system to bar individuals from Scouting who should not work with youth. That system continues to this day and has been continually updated and enhanced over time,” the BSA said.

Since then the BSA has continually updated their Volunteer Screening Database, which is recommended by the Centers for Disease Control for other youth programs, the BSA said.

“(The VSD) remains a valuable tool in preventing known or suspected abusers from joining or re-entering our organization. The BSA has taken significant steps over many years to ensure that we respond aggressively and effectively to reports of sexual abuse. We believe victims and remove individuals from the program whenever there are allegations of inappropriate behavior. We recognize, however, that there were some instances in our organization’s history when cases were not addressed in a manner consistent with our commitment to protect Scouts, the values of our organization, and the procedures we have in place today,” the statement read, in part.

Currently the BSA does implement a variety of safety measures to prevent abuse, including criminal background checks on leaders, youth protection training for leaders, and even banning one-on-one interactions between adult leaders and Scouts. Those interactions include in person, online, over the phone or via text, it says.

The BSA is also a mandatory reporter, which by law requires the organization to report suspected abuse to law enforcement. In Montana, failure to report can be a felony.

"We are outraged that there have been times when individuals took advantage of our program to abuse innocent children," the BSA said.

Flathead County law enforcement said four people were found dead Tuesday in Olney, three of them attributed to a triple homicide-suicide. Authorities have not release information on the manner of the fourth person's death, according to the Flathead County Sheriff's Office.

Stephen Rutledge's Boy Scout identification card. To this day he carries it with him in his wallet.