A district judge in Yellowstone County Tuesday ordered the director of the Montana State Office of the Public Defender to appear before him in September to answer questions about why her agency is failing to assign public defenders to local cases in a timely manner.

Judge Donald Harris ordered OPD’s director, Rhonda Lindquist, to appear before him on Sept. 13, “to show cause, if any, why she should not be held in contempt for the State Office of the Public Defender’s failure to immediately assign counsel to all cases in the 13th Judicial District Court for Yellowstone County to which the public defender’s office has been assigned as ordered by the Court.”

The region’s OPD conflict division's managing attorney, James Reintsma, told Harris as of July 31 his office alone had a backlog of 663 unassigned cases. That number does not include any unassigned cases in the main regional office of OPD in Billings. 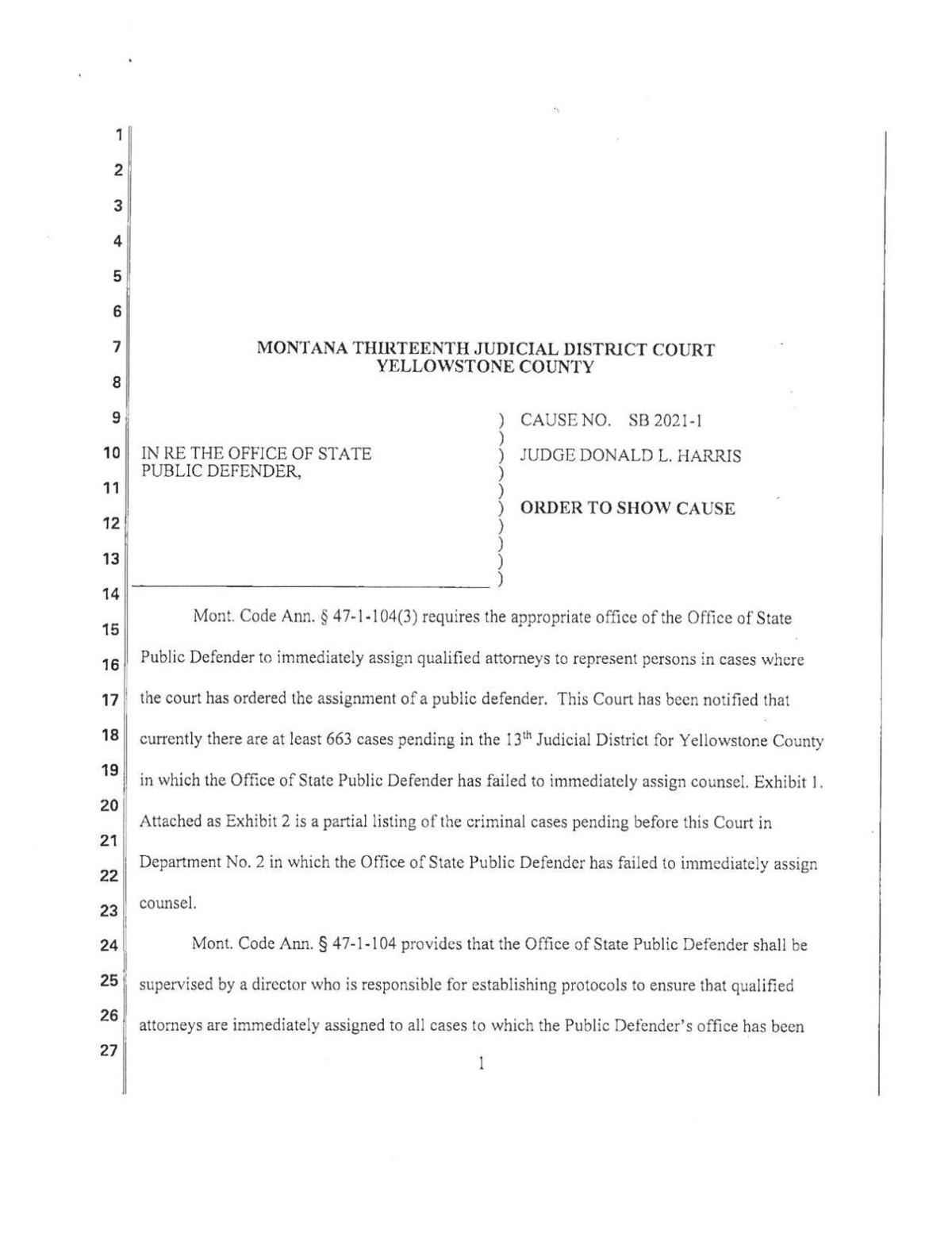 Under Montana law OPD is required to immediately assign a lawyer to any case in which a judge assigns OPD as counsel. Harris wrote that for months OPD has not been meeting this obligation which he says has, "caused significant delays in conducting court proceedings and jeopardizes the administration of justice."

A shortage of public defenders has been a systemic issue for the Judicial District this year as an increase in cases and a lack of willing attorneys has led to last minute continuances and frequent delays.

Under normal circumstances a case is assigned to the main public defender division of OPD. If that division identifies a conflict of interest the case is sent to the smaller conflict division for assignment. If an attorney cannot be assigned immediately, the case should be contracted out to a list of private attorneys who take on the cases at a contract rate.

"OPD is actively working to ensure clients receive representation in a professional, competent, and timely manner," the state office said in a statement issued Friday. "This situation is a priority, and Director Lindquist plans to be in Billings on Monday to continue working towards solutions."

In April, OPD told the legislature the agency needed an additional $850,000. Of that money, $750,000 would be used to send 100 unassigned cases to contract attorneys, demonstrating the potentially costly hole the agency is in.

No action was taken on the funding request by the legislature.