A Butte man faces at least four years in prison and could be sentenced up to life or 100 years after admitting Thursday that he sexually assaulted a 13-year-old girl last March and paid her to perform sex acts.

Shane Lawrence Murphy, 26, pleaded guilty to one count of sexual intercourse without consent and one count of patronizing a victim of sexual servitude after admitting the crimes before District Judge Kurt Krueger.

Murphy said he thought the victim, whom he initially met on Facebook, was at least 18 but acknowledged that his public defender — Ed Sheehy — told him that was not a defense in the case.

Krueger ordered a presentence investigation before setting a sentencing date, and Murphy was allowed to remain free after previously posting $100,000 bail.

Because the victim was younger than 16 and Murphy was at least four years older than her, the sexual intercourse conviction carries a minimum sentence of four years and a maximum of life or 100 years. The servitude felony is punishable by up to 25 years.

Murphy was accused of penetrating the girl with his finger and having her perform oral sex on him in his truck while parked in a rural area on two occasions in early March 2018.

Prosecutors say the mother of the 13-year-old girl discovered cell phone messages in which Murphy was offering the daughter $200 to perform sex acts on him. The girl had $200 on her but said she got it by selling her tobacco vape pen.

The girl told police about the sex acts, and Murphy admitted they occurred on two occasions in his truck near the intersection or Oro Fino Gulch and Browns Gulch roads.

When asked by police how old he thought the girl was, Murphy said “girls these days” look older than they might be but said he thought she was about 19 or 20, according to the charges. Police said he did not respond when told she was only 13.

Butte-area crime roundup for the week of Jan. 28-Feb. 3

Guilty, not guilty pleas made in separate sexual assault cases in Butte

A Butte man pleaded guilty Thursday to having sex with a woman while she was asleep and unaware, while a man in a separate case pleaded not gu…

Gunman on bus gives up, arrested Wednesday night, with no gunshots fired

A bang and a flash rang out around 9:25 p.m. Wednesday in the Butte Civic Center parking lot before cops swarmed a bus and at last apprehended…

Photos from the scene: Standoff near Butte Civic Center

A man believed to have an explosive device and a handgun hijacked a bus, then held another man hostage on the bus for more than two hours Wednesday.

Todd Schreier, a former Butte businessman, has been sentenced to federal prison for conspiracy to commit health care fraud due to his particip…

Dane Anthony Gibson, the 52-year-old man accused of hijacking a bus and holding a man hostage on Wednesday, made his initial appearance in But…

Prosecutors say a 39-year-old man tried to bribe a 16-year-old boy for sex and photographs of his genitals by offering him marijuana, but it a… 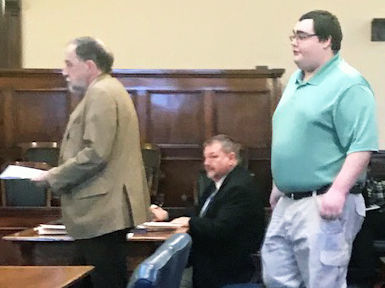 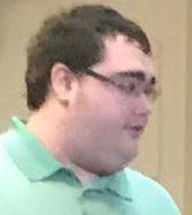